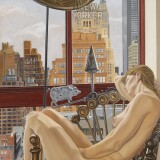 Works by Philip Pearlstein at Sotheby's 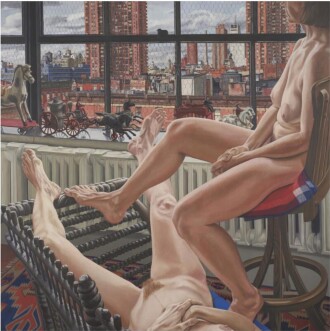 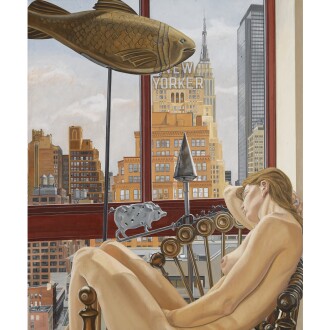 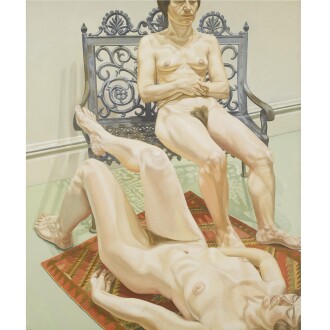 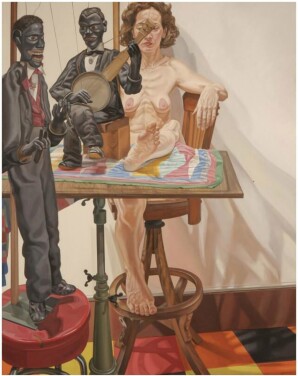 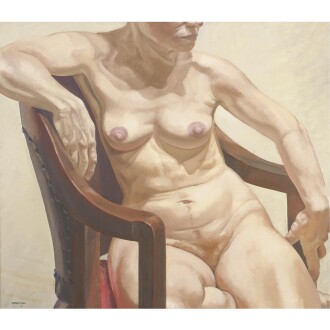 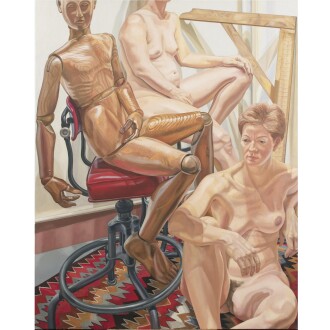 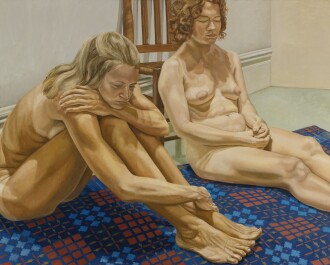 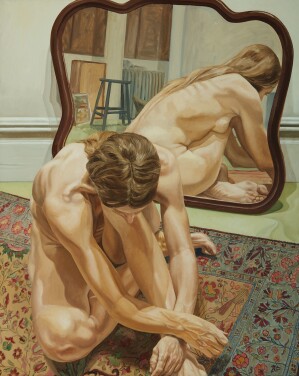 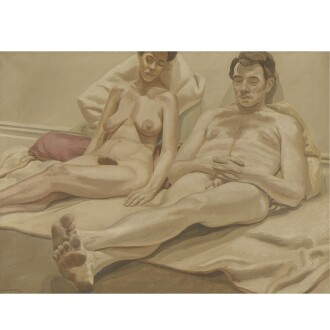 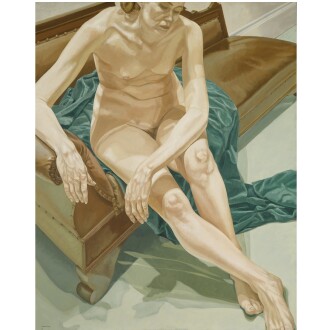 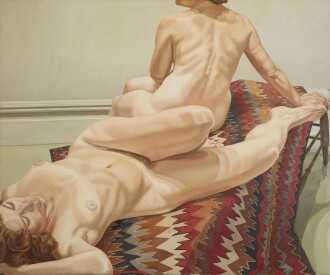 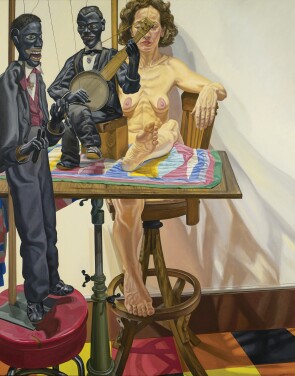 Amid the ascendancy of Abstract Expressionism and Pop art in the heady New York art world of the early 1960s, Philip Pearlstein led a bold revival of realist painting, with a focus on the human form. His most iconic compositions feature nude models unsparingly rendered from oblique, foreshortened angles in interiors slung with colorful, intricate textiles. He is widely considered one of the most important figurative artists of the current era.

Philip M. Pearlstein was born on May 24, 1924, in Pittsburgh, Pennsylvania, and enrolled at the Carnegie Institute of Technology's art school, where he befriended Andy Warhol. After graduating in 1949 (where Pearlstein's studies were briefly interrupted by a stint painting road signs for the Army during World War II), the two young artists moved to New York, shared an eighth-floor walkup in Alphabet City and found work in commercial illustration. The following year, Pearlstein married another Carnegie classmate, Dorothy Canter, and enrolled in the Masters in Art History program at the New York University Institute of Fine Arts, where he wrote his thesis on Francis Picabia. Around 1958, he began attending live figure drawing sessions, and two years later his figurative paintings and drawings were the subject of a one-man show at the Allan Frumkin Gallery in Chicago. He would go on to have major retrospectives at the Brooklyn Museum, the Frye Museum in Seattle, and the Carnegie Museum in his native city. Pearlstein has also had a long and dedicated teaching career: he joined the faculty of Brooklyn College in 1963, was appointed a Distinguished Professor in 1977, and was elected Distinguished Professor Emeritus in 1988 shortly after being awarded a doctorate honoris causa from his undergraduate alma mater. Pearlstein continues to reside in New York today.

Pearlstein's work has been accessioned into the collections of scores of major museums, including the Art Institute of Chicago, the Museum of Fine Arts, Boston, and the Whitney Museum of American Art, New York. Auction offerings of special note include Two Models in a Window with Cast Iron Toys (1987), a striking 72×72 canvas which sold at Sotheby's in 2006 for $180,000 against a high estimate of $25,000.