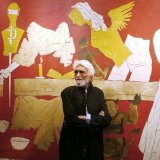 Born 1913. Died 2011.
Interested in selling a work by Maqbool Fida Husain?
Get an Estimate 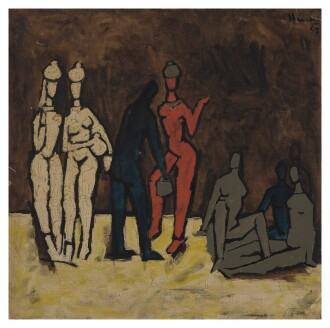 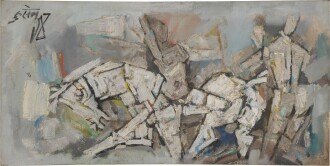 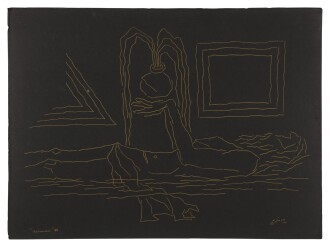 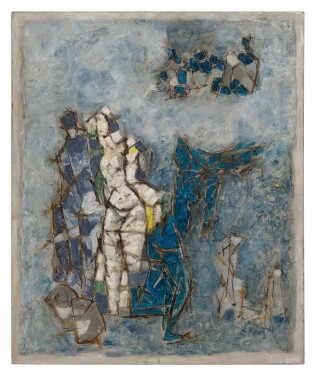 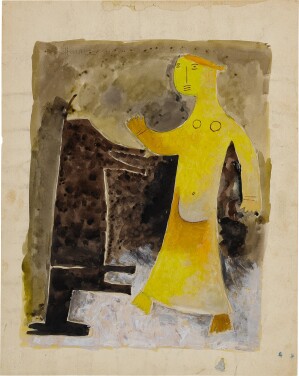 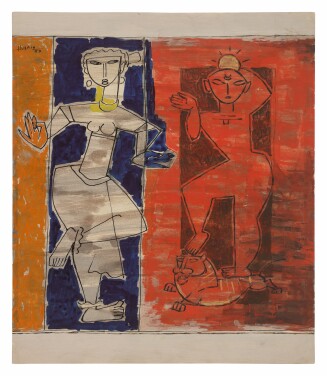 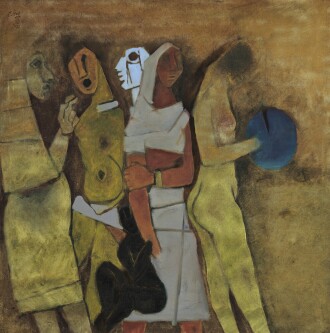 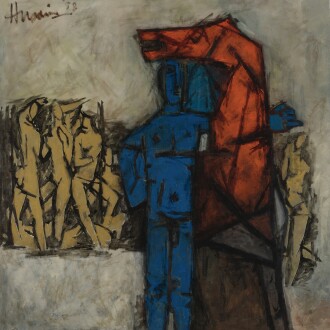 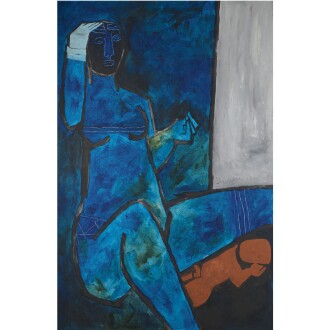 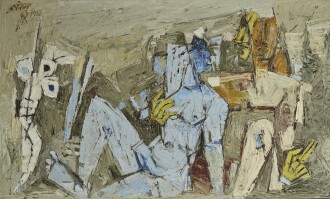 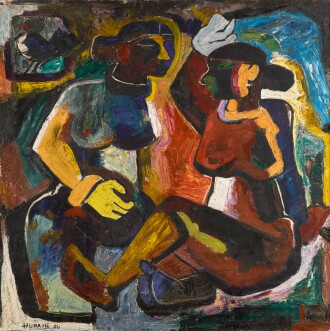 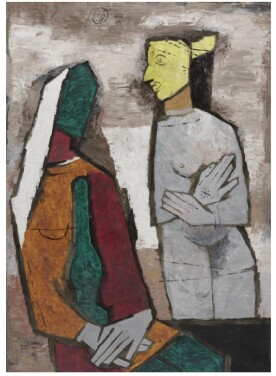 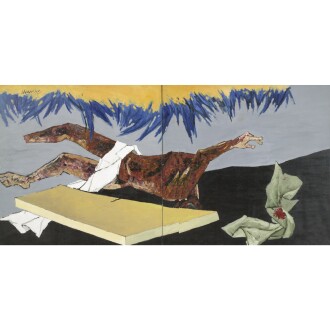 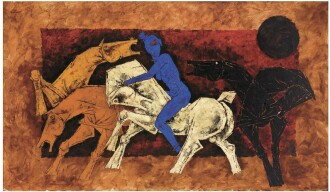 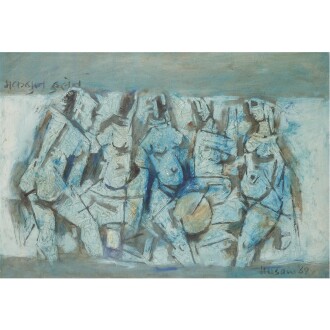 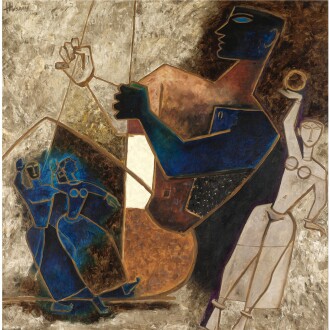 Maqbool Fida Husain is one of the greatest modern painters of India. Known to finish a work in one sitting, Husain's lines were drawn directly with a paintbrush, making no room for error once applied. Renowned for revolutionizing Indian Art, he was a founding member of the Bombay Progressive Artists’ Group which formed in 1947. They combined influences of Indian history with the European avant-garde. Influenced by movements such as Post-Impressionism, Cubism and Expressionism, this synthesis is apparent in Husain’s paintings.

In 1948, Maqbool Fida Husain visited the India Independence Exhibition with Francis Newton Souza and was struck by the classical Indian sculptures and traditional miniature paintings from the Rajput and Pahari courts. The artist describes the influence the exhibition was to have on his work "...it was humbling. I came back to Bombay and in '48, I came out with five paintings, which was the turning point in my life. I deliberately picked up two to three periods of Indian history. One was the classical period of the Guptas, the very sensuous form of the female body. Next was the Basholi period, the strong colours of the Basholi miniatures. The last was the folk element. With these three combined, and using colours very boldly as I did with cinema hoardings, I went to town. That was the breaking point... to come out of the influence of the British academic painting and the Bengal Revivalist School." (Husain quoted in Nandy, The Illustrated Weekly of India, December 4-10, 1983).

As well as Indian mythology, animal symbolism is a recurring theme which pervades Husain’s canvases. The horse, in particular, was a powerful motif in Maqbool Fida Husain’s oeuvre; the image of the horse is a classic icon in Indian art history and features in a variety of art, from early miniatures to contemporary sculptures. In Indian mythology, they symbolize the sun, power, knowledge and fertility. Husain kept returning to this subject matter throughout his life and his animals are depicted as strong, free-willed and valiant creatures.

Lamps and the abstract female forms also featured heavily throughout his opus. Lamps held a personal significance for Husain, speaking to his special relationship with his grandfather Abdul, a lamp-repairer and tinsmith. Following the death of Husain’s mother when he was less than two years old, it was his grandfather who raised him until he died, when Husain was aged six. “It took me some time to realize just what grandfather’s death meant. Everything seemed to be finished for me.” (M. F. Husain quoted by Y. Dalmia, The Making of Modern Indian Art: The Progressives, Oxford University Press, New Delhi, 2001, p. 111). Abstract female forms throughout Husain’s works speak reveal the artist’s longing for his mother whose face he could not recall.

By the 1960s, Husain had become an established artist and had increased his output to critical acclaim. As Yashodhara Dalmia writes, 'By the 1960s, Husain’s lifestyle had become affluent and he mingled in upper-class circles.' (Y. Dalmia, ‘A Metaphor for Modernity: Maqbool Fida Husain’, The Making of Modern Indian Art¸ Oxford University Press, New Delhi, 2001, p. 110).
Husain’s first-hand encounters with the paintings of Paul Klee, Henri Matisse and Pablo Picasso during his travels to Europe in 1953 had a decisive impact on his art. His Indian sensibility merged with newly experienced aspects of European Modernism, forming a distinctive pictorial language. Despite the pervasive influence of European modernism on Husain, he nonetheless remained committed to his South Asian roots.
Husain passed away in 2011; “I'm an Indian-origin painter. I will remain so to my last breath.” (M .F. Husain quoted in 'Indian artist M F Husain dies in London', Dawn, 9 June 2011, https://www.dawn.com/news/635242) 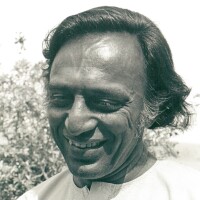 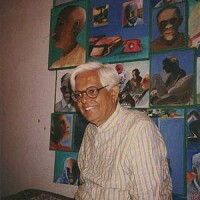 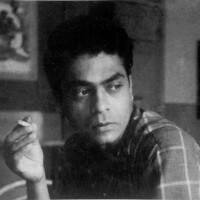 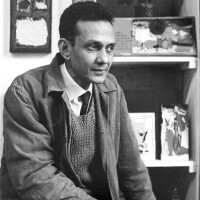 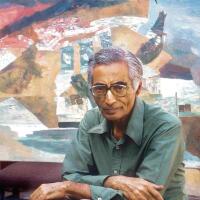 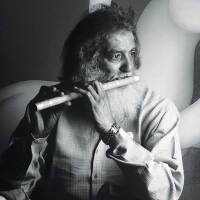