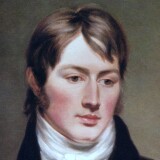 Works by John Constable at Sotheby's 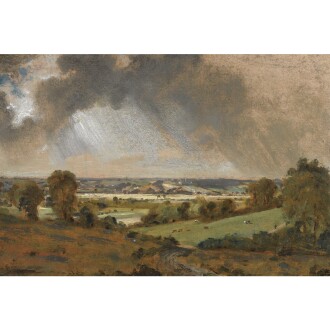 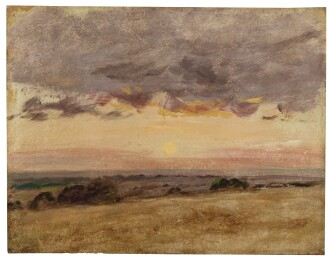 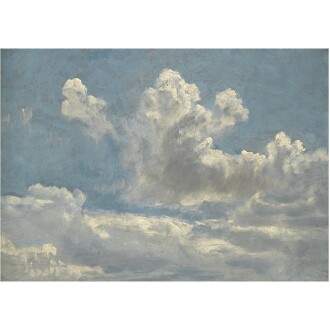 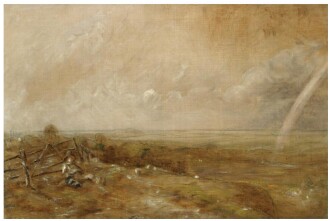 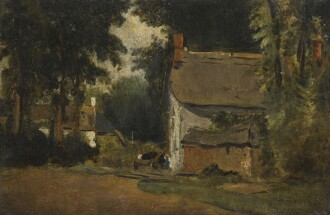 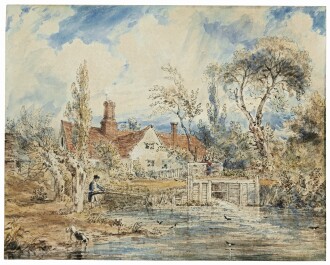 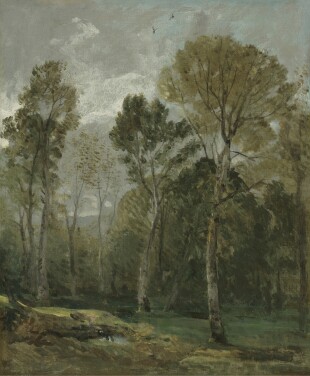 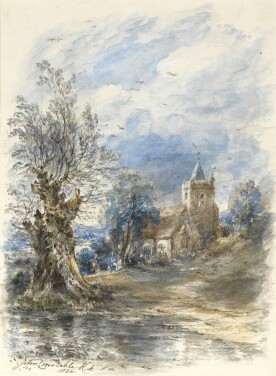 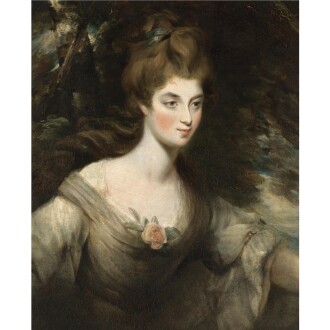 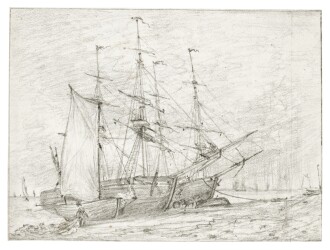 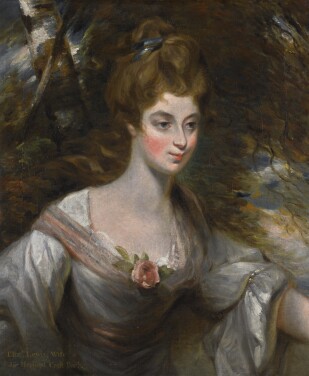 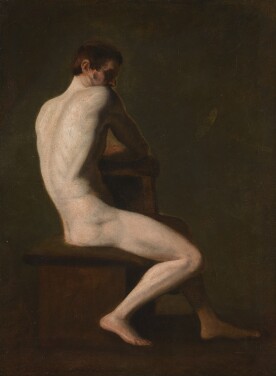 English artist John Constable was an innovative landscape painter who depicted the English countryside through relatively loose brushwork, developing a soft visual atmosphere. His technique of en-plein-air painting predated the Impressionists, who later popularized the method of painting outside rather than in a studio. Constable synthesized the Romanticism of Thomas Gainsborough with the serenity of Dutch landscape painting, and took additional inspiration from the Baroque styles of Claude Lorrain or Nicolas Poussin to produce a pioneering landscape style of the late 18th and early 19th centuries.

Born in East Bergholt, England, in 1776, Constable was largely a self-taught artist, though he eventually enrolled at the Royal Academy in London in 1800 where he studied the works of Peter Paul Rubens, Annibale Carracci and Jacob van Ruisdael. His works exhibited a fresh lightness that was in opposition to the contemporary popular trends of Romanticism and Neoclassicism, and he continually insisted that painters should work from nature rather than from their own imaginations or explorations of psychology. Constable developed his personal style by using broken brushstrokes in order to achieve glistening or seemingly moving light – an effect that would become an early influence on the Impressionists. Though he had difficulty selling his works in England, his work was well received at the French salons where his relative success allowed him to sell increasingly larger canvases. Such sales would ultimately finance his major paintings for which he is now best known, including The Hay Wain (1821), which greatly influenced the French masters Théodore Géricault and Eugène Delacroix. Despite his success in Paris, he preferred developing his career in his native England, and he was happily elected to the Royal Academy in 1829.

Constable’s plein-air painting and relatively experimental brushwork, with which he documented the realities of the English countryside and scenes of everyday life, significantly influenced the development of western Modernism in Paris. His works can be found in major collections including the Louvre Museum, Paris, the National Gallery, London, and the Metropolitan Museum of Art, New York, among others.

Museums with Works by John Constable 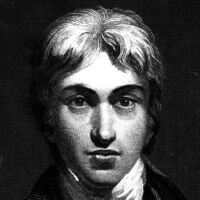 Type: artist
Category: Artist
Joseph Mallord William Turner
View Profile
Artist Image: Credit: The Print Collector / Alamy Stock Photo
Please note that prior performance of the indexes and realized returns contained herein does not guarantee future results. In addition, there is no guarantee that random collections of individual works of art or stocks will yield index returns. We are not financial advisors and we are not in the business of recommending art as an investment. We also have no comparative advantage in forecasting the future direction of the art market. Investment decisions should be based on the risk return tolerance and time horizon of the investor with, if desired, the support of a licensed financial advisor. This information is provided "as is" and with no representations or warranties either express or implied of accuracy, merchantability, fitness for a particular purpose or of any other nature are made with respect to this information or to any expressed views presented in this information.