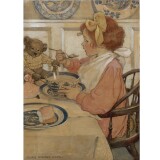 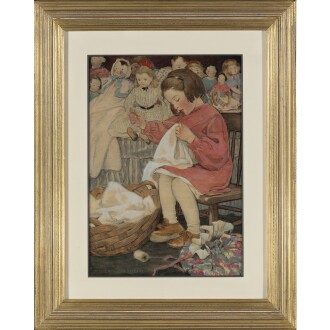 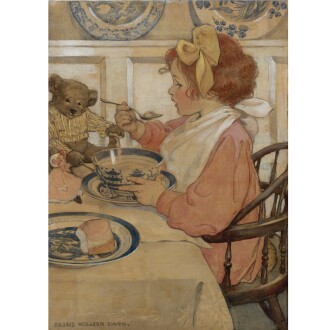 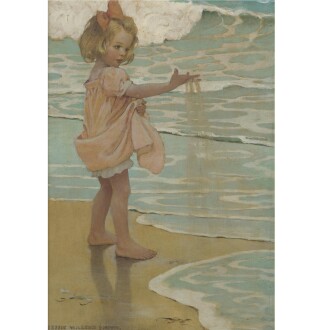 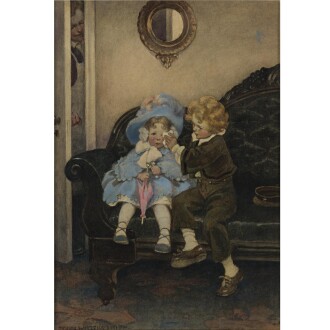 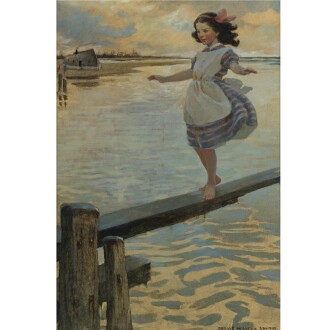 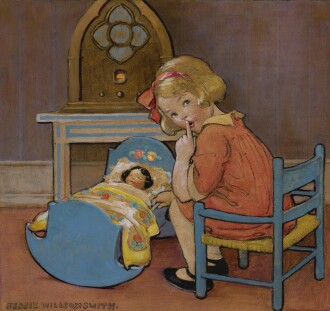 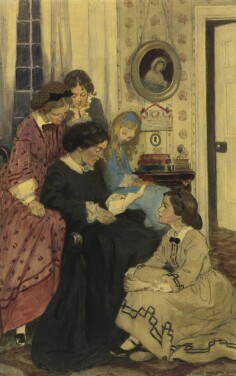 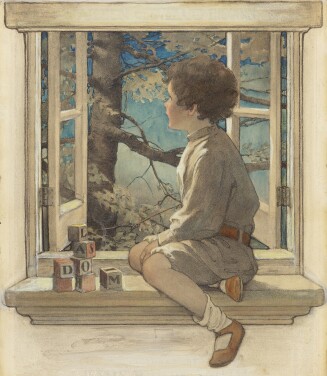 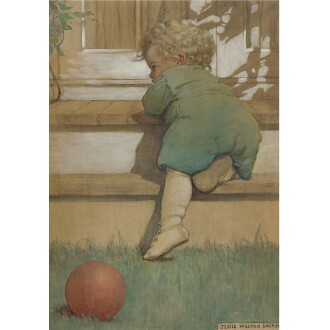 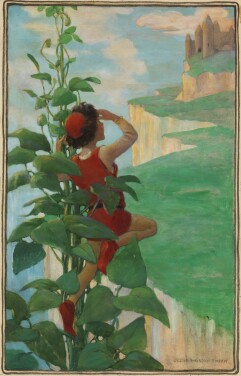 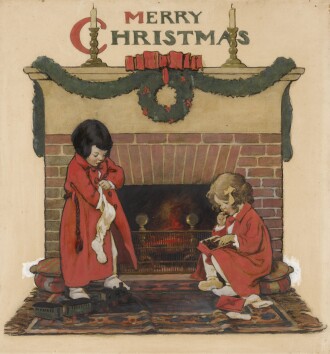 American artist Jessie Willcox Smith was a key figure during the Golden Age of American Illustration. Her many images for advertising campaigns, book illustrations and contributions to Harper’s, McClure’s, Leslie’s Weekly, Century, Scribners and many other popular journals significantly informed the development of illustration in the late 19th and 20th twentieth centuries. Much of her best-known work is considered the benchmark for American illustration, and she contributed the rise in access and exposure for women artists.

Born in Philadelphia in 1863, Smith began a career teaching kindergarten but soon turned to her interest in and talent for drawing, studying at the Philadelphia School of Design for Women and the Pennsylvania Academy of the Fine Arts. Working at a time when illustration was acceptable for women because of its ties to children’s books and family life, Smith took a job at Ladies Home Journal, illustrating poetry for children. She cultivated friendships with illustrators Elizabeth Shippen Green and Violet Oakley; the trio came to be known as The Red Rose Girls, living together and collaborating on illustrations for books and journals. From the turn of the century onwards, Smith sustained significant commercial success, producing covers for Good Housekeeping, and illustrating nearly forty popular children’s books including Heidi, At the Back of the North Wind, Little Women, Dickens’ Children, among many others. Wealthy patrons began commissioning Smith for portraits of their daughters and sons because of her insightful and nuanced approach to depicting children. She was a leading member of The Plastic Club, which advocated for opportunities for women artists, and was among the first female member of the Society of Illustrators. As women’s freedoms opened gradually over the course of the early twentieth century, Smith was a paragon for professional women in the arts. Her status as the leading illustrator of her time elevated the profile of her craft and allowed for more opportunities for female artists of future generations.

Type: slideshow
Category: American Art
7 Pioneering American Women Artists You Should Know About
Type: slideshow
Illustrating America: Rockwell and Beyond
Please note that prior performance of the indexes and realized returns contained herein does not guarantee future results. In addition, there is no guarantee that random collections of individual works of art or stocks will yield index returns. We are not financial advisors and we are not in the business of recommending art as an investment. We also have no comparative advantage in forecasting the future direction of the art market. Investment decisions should be based on the risk return tolerance and time horizon of the investor with, if desired, the support of a licensed financial advisor. This information is provided "as is" and with no representations or warranties either express or implied of accuracy, merchantability, fitness for a particular purpose or of any other nature are made with respect to this information or to any expressed views presented in this information.