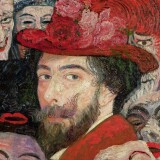 Works by James Ensor at Sotheby's 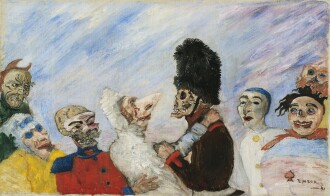 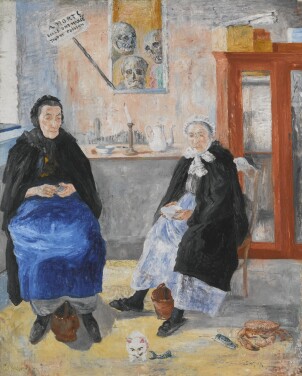 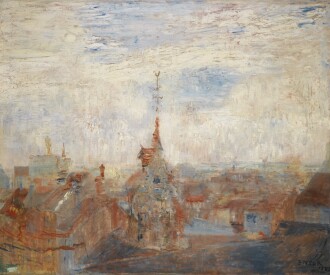 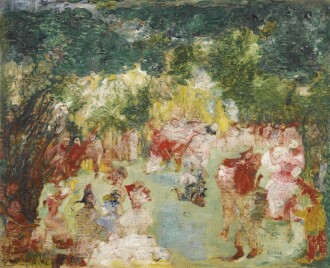 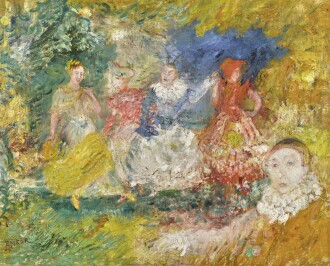 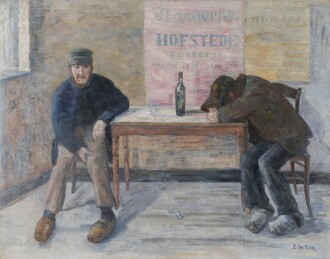 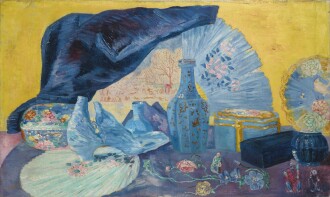 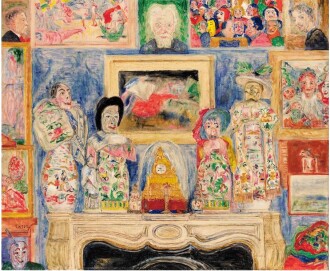 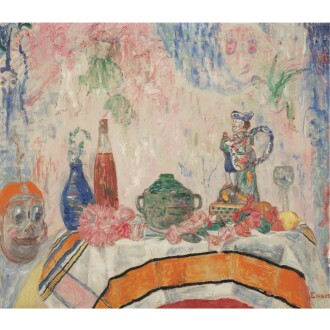 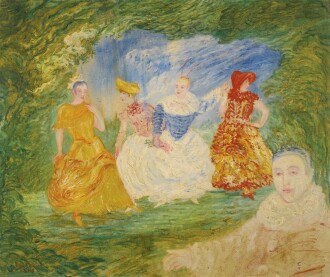 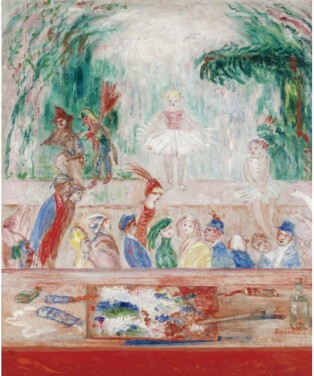 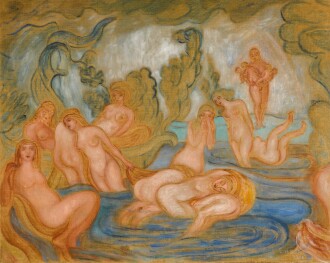 As one of the most notable artist of the Belgian avant-garde in the late 19th and early 20th century, the work of James Ensor, though often disparaged early in his career, ultimately became an important influence for Surrealism, and in many ways a portent of Expressionism. His oeuvre is definitively unique, with much of his most famous works featuring dense application of colorful paint—often applied with a palette knife—and subject matter, such as religious and carnival scenes, that were often forms of social and political critiques.

Ensor was born in Ostend, Belgium, in 1860. After showing little aptitude for traditional academia as a child, Ensor undertook training with two local watercolorists before enrolling at the Brussels Academy of Fine Art at age seventeen. He regarded his time at the Academy as largely uninspiring, but he was able to acquaint himself with other like-minded young artists who would eventually band together to found an independent artist’s group known as Les Vingt. The Les Vingt’s first exhibition in 1884 included several works by Ensor—all of which were soundly panned by critics. The poor reception of his work did not deter the artist, however, and he continued to produce paintings at a consistent rate (works from this time are considered part of his “somber” period).

When it became clear that the style and subject matter of his work were to radical for his local home region, he relocated to Brussels, which correlated with his transition into his “light” period. After an initial brief period where is career floundered (some argue this was due largely to his extremely eccentric disposition), critics familiar with his work began to take notice and ardently praise Ensor’s work—after so much critical failure, this series of critical successes led to a number of triumphs. He became a founding member of the Free Academy of Belgium, was made a Chevalier of the Order of Leopold, and, slightly later, was inducted into the Royal Academy of Belgium, granted the title of Baron, and awarded the Legion of Honor.

In the last decades of his career, considered his “crystalline” period, the quality of his artistic production went into somewhat of a decline. Where previously his works were highly structured and overflowing with color and form, his late works were seemingly less complete and overall more reticent—furthermore, his increasingly reclusive nature caused his output to dwindle. Nevertheless, his fame endured and he was at one point commanding sale prices higher than any other artist in Belgium at the time.

When Ensor died in 1949, his funeral became somewhat of a national spectacle, with some of the most influential and powerful people in the country in attendance. Today, his work is included in a number of the most important public and private collections in the world, including the J. Paul Getty Museum, Los Angeles; the Museum of Modern Art, New York; the Musée d’Orsay, Paris; and Royal Museums of Fine Arts of Belgium, Brussels.

Museums with Works by James Ensor

Type: museum
Musée D'Orsay
Paris
Type: museum
The Museum of Modern Art
New York, New York | New York
Type: museum
J. Paul Getty Museum at the Getty Center
Los Angeles, California | California
Type: museum
Koninklijk Royal Museum of Fine Arts
Antwerp
Artist Image: Copyright: www.bridgemanimages.com
Please note that prior performance of the indexes and realized returns contained herein does not guarantee future results. In addition, there is no guarantee that random collections of individual works of art or stocks will yield index returns. We are not financial advisors and we are not in the business of recommending art as an investment. We also have no comparative advantage in forecasting the future direction of the art market. Investment decisions should be based on the risk return tolerance and time horizon of the investor with, if desired, the support of a licensed financial advisor. This information is provided "as is" and with no representations or warranties either express or implied of accuracy, merchantability, fitness for a particular purpose or of any other nature are made with respect to this information or to any expressed views presented in this information.