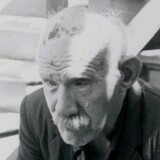 Works by Henry Darger at Sotheby's 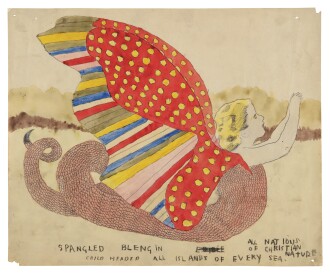 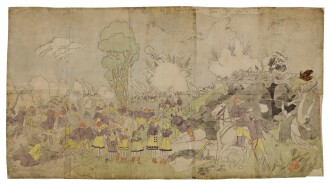 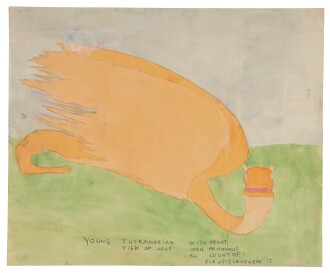 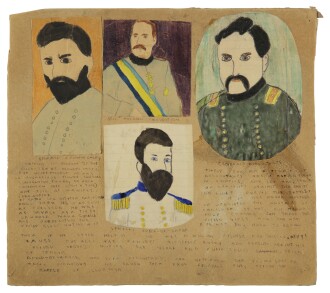 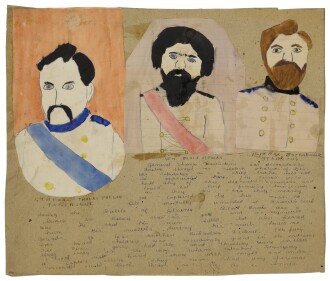 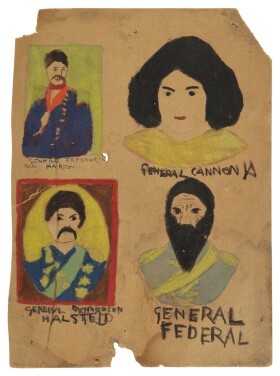 
H enry J. Darger was a 20th-century American writer and artist who acquired unlikely posthumous fame after his landlord’s discovery of a 15,000-page, profusely illustrated fantasy novel called The Story of the Vivian Girls, in What Is Known as the Realms of the Unreal, of the Glandeco-Angelinian War Storm, Caused by the Child Slave Rebellion. The work has engendered numerous museum shows, an acclaimed documentary film and an opera, and is widely considered one of the most important works of Outsider art.

Darger was born on April 12, 1892 in Chicago, Illinois. His mother died when he was four years old, and when his father became crippled, the young Darger was sent to live in a Catholic orphanage. Later, he was institutionalized in the Illinois Asylum for Feeble-Minded Children with the apparent diagnosis of “self-abuse” – there, he was often forced to perform hard labor endure cruel punishments. At sixteen, he escaped the institution and found employment in a Catholic hospital, in which manner he would support himself for the next fifty-five years; around this time, he also began early drafts of the epic that would be titled The Story of the Vivian Girls, in What is Known as the Realms of the Unreal, of the Glandeco-Angelinian War Storm Caused by the Child Slave Rebellion. This text recounts a series of gruesome battles between a fictitious Catholic nation, called Abbiennia, and the barbarous, child-enslaving empire of Glandelinia; the heroes are the Vivian Girls, a septet of apparently intersex Abbiennian princesses who are occasionally aided by the author’s alter ego. As a supplement to this extravagant manuscript, Darger produced hundreds of watercolor paintings incorporating textual annotations and collaged images from magazines. Around the time of Darger’s death on April 13, 1973, his landlords salvaged this trove and collaborated with Intuit: The Center for Intuitive and Outsider Art to establish the Henry Darger Room Collection and the American Folk Art Museum to establish the Henry Darger Study Center.

Darger’s works have also been accessioned into the permanent collections of the Museum of Modern Art in New York, the Musée d'Art Moderne de la Ville de Paris and the Art Institute of Chicago.