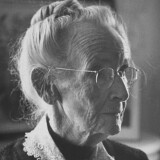 Born 1860. Died 1961.
Interested in selling a work by Grandma Moses?
Get an Estimate

Works by Grandma Moses at Sotheby's 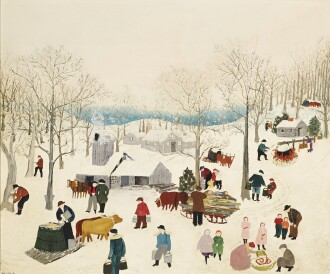 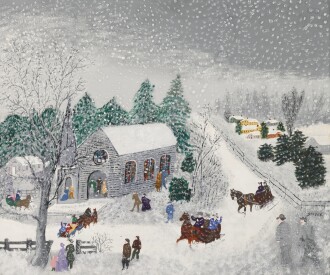 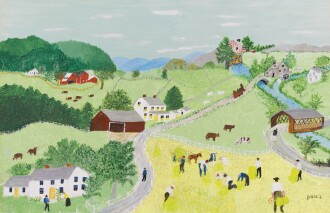 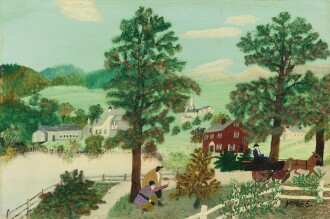 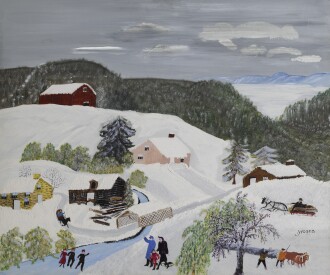 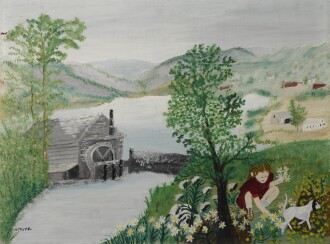 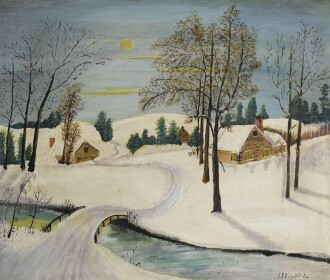 Virginia-born painter Anna Mary Robertson Moses, known by her nickname Grandma Moses, was not part of any one specific artistic movement, but her work incorporates characteristics of folk art, realism, nostalgia and naïve art. She rejected the label of “American primitive,” as she found it derogatory; while her aesthetics recalled the flattened forms of Modernism, her work lies outside mainstream modern painting. Her incandescent colors illuminate the American countryside through her unique vision and memory.

Born a year before the start of the Civil War, Moses spent much of her life on farms in rural Virginia and upstate New York. She did not begin painting until the age of 78, when arthritis interrupted her embroidery, which had brought joy to her throughout her life. The color blocking and tonal juxtapositions of her embroidery work laid the visual groundwork for her later paintings. She began to paint memories of her childhood, from working on the field, to the changing seasons and the rolling hills she recalled. She quickly began to incorporate imaginative elements and more saturated colors. Moses produced over 2,000 paintings in the last two decades of her life.

In 1939, collector Louis Caldor noticed her paintings in a drugstore window while traveling through upstate New York, drove directly to her farm, and purchased fifteen of her paintings outright, thereby sparking the beginning of her fame at the age of 79. In the same year, her work was included in MoMA’s Contemporary Unknown American Painters exhibition, which was followed by over 100 exhibitions during her lifetime. She died at the age of 101 in 1961. Her paintings continue to grow in popularity, and now sell for over $1 million. Moses paintings can be found in the collections of the Art Institute of Chicago; the Metropolitan Museum of Art, New York; the Phillips Collection in Washington, D.C., and many other major museums.

Museums with Works by Grandma Moses