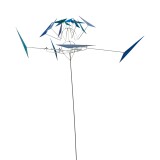 Works by George Rickey at Sotheby's 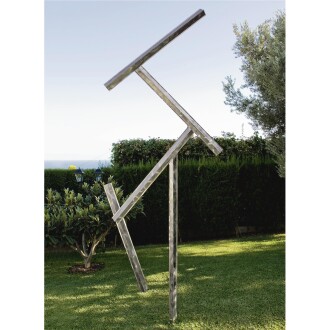 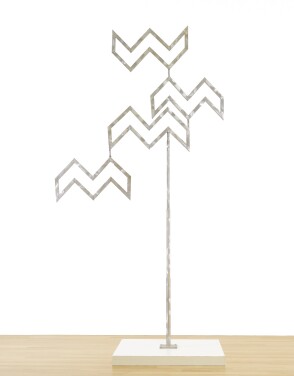 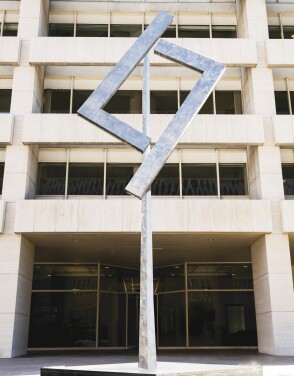 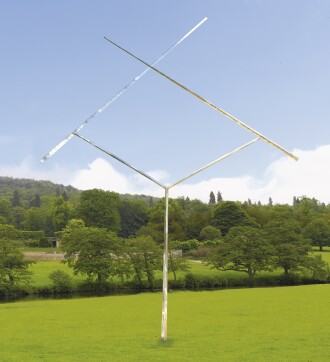 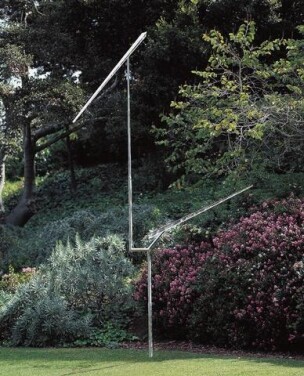 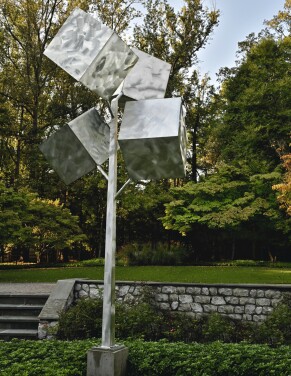 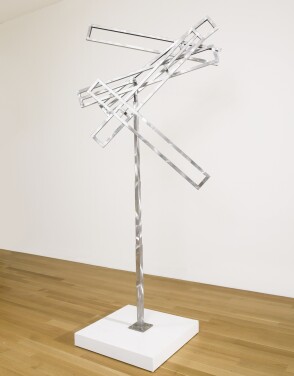 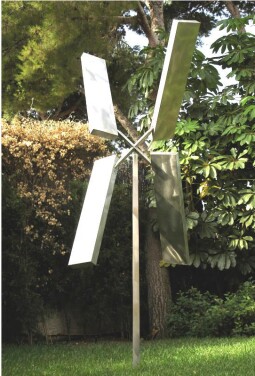 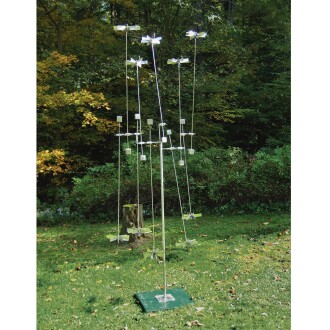 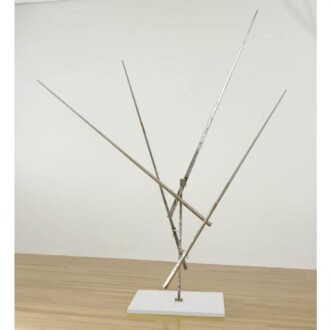 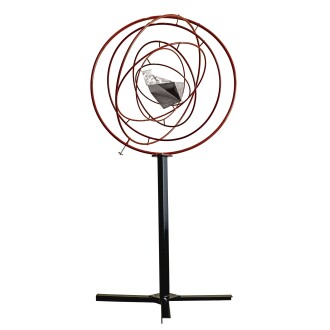 Described as “useless machines” by the artist, George Rickey’s geometric steel sculptures gracefully and silently oscillate, pivot, and shimmer in the wind. One of the few sculptors to coherently incorporate the element of perceptible time into an essentially timeless medium, Rickey’s work continues to spellbind viewers in public spaces around the globe.

George Warren Rickey was born on June 6, 1907 in South Bend, Indiana, and moved with his family to Scotland at the age of six. He was educated at Glenalmond College in Perthshire, Baillol College at Oxford, and L'Académie André Lhote in Paris. Still primarily interested in painting, Rickey then taught at Groton and several other schools through an artist-in-residence program funded by the WPA and the Carnegie Corporation. His childhood interest in mechanics and aerodynamics caught a second wind during World War II, when he was assigned to design machine gun turrets for bombers. His first kinetic sculpture that was activated by air currents was shown in 1951 at the Metropolitan Museum of Art. Much of Rickey’s canonical work was produced in his studio in rural Columbia County, New York, near Rensselaer Polytechnic Institute, where for several years he held a professorship in the School of Architecture. In 1985, he had a major retrospective in his native South Bend, with sculptures installed both inside and outside the South Bend Art Center and Notre Dame’s Snite Museum of Art. He died at his home in Saint Paul, Minnesota, on July 17, 2002.

Rickey’s kinetic sculptures are on permanent exhibition at the Hirshhorn Museum in Washington, D.C., the Honolulu Museum of Art, the Storm King Art Center in Mountainville, New York, and numerous other sites. At Sotheby’s in 2007, a monumental work entitled One Fixed Four Jointed Lines Biased (1988), measuring over eighteen feet in height and precisely calibrated with weights and counterweights to produce a “richly orchestrated visual event,” sold for $457,000.