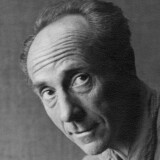 Born 1886. Died 1958.
Interested in selling a work by Edward Weston?
Request an Estimate

Works by Edward Weston at Sotheby's

Considered one of the most significant photographers of the 20th century, Edward
Weston’s work, recognized for its consciously composed and sharp-focused subject
matter, contributed greatly to the modernist trajectory of the medium. Born in Highland
Park, Illinois, in 1886, he grew up predominantly in Chicago. His father gifted him a
Bull’s Eye #2 camera when he was sixteen, which inspired Weston’s first experiments
with photography—works that mostly centered around the city of Chicago and his aunt’s
farm, where he sometimes visited. Some of his first photographs were published in
Camera and Darkroom in 1906, the same year he relocated to California.

Following a brief stint working as a surveyor in the greater Los Angeles area, he
returned to photography by working as an itinerant photographer. The general work he
garnered, such as pet portraiture and funerals, proved uninspiring for the amateur artist,
and he returned to Illinois to pursue formal training at the Illinois College of Photography
in Effingham. Following the completion of his studies, he returned to California and
found employment as a photo retoucher at the Geurge Steckel Portrait Studio. By 1911,
he was able to establish his own studio in Tropico, California, which he operated for the
next twenty years. As his practice developed, his work soon amassed a following and
drew critical acclaim, and was published in numerous photo magazines.

A visit to the ARMCO Steel Plant in Middletown, Ohio, in 1922 proved to be a
pivotal artistic moment in Weston’s practice, as shortly thereafter he abandoned his
previous Pictorialism in favor of abstraction and focus on detail. This same year, while on
another trip to New York City, he met Alfred Stieglitz, Paul Strand, and others of the
New York art scene, with whom he would later often be considered alongside. Although
his industrial works have come to be some of the most famed of his oeuvre, the nudes,
landscapes, and close-ups of the natural world that he began completing in 1926 upon his
return from living in Mexico City for three years have come to be the most iconic. In
1932, with his colleague Ansel Adams, he became a founding member of the influential
Group f/64. In 1936, by this point his career and reputation solidified, he became the first
photographer to be awarded a Guggenheim Fellowship.

Weston took his last photograph in 1948, befalling the effects of Parkinson’s
disease, and was only able to supervise the production of his prints by his sons until his
death in 1958. His legacy is multifaceted in that it not only contributed to the artistic
practice, but how both the art world and general public considered the medium itself. His
works today may be found at institutions across the United States, including the J. Paul
Getty Museum, Los Angeles; the Art Institute of Chicago; the Museum of Modern Art,
New York; and the National Gallery of Art, Washington, DC.

Museums with Works by Edward Weston