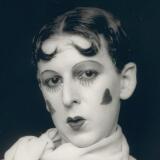 Works by Claude Cahun at Sotheby's 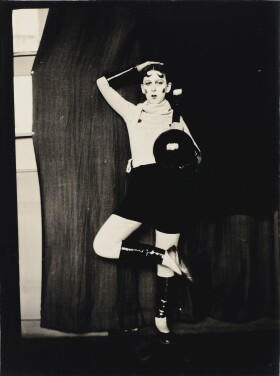 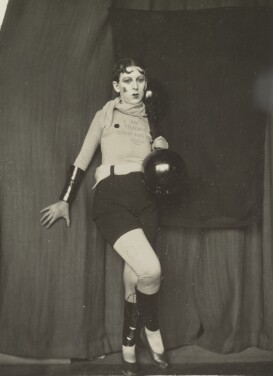 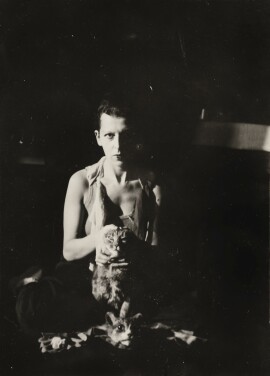 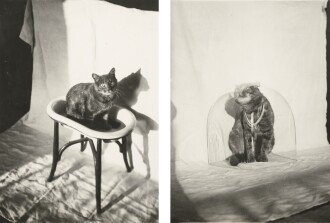 Decades before the coinage of the term genderqueer, Claude Cahun explored their fluid identities through photographic self-portraits that are at once playful, melancholy and defiant.

Claude Cahun was born Lucie Renee Mathilde Schwob on October 25, 1894 into a family of Jewish intellectuals that also included the modernist writers Marcel Schwob and David Cahun. They started taking photographs at eighteen and a few years later adopted their gender-ambiguous name. In the early 1920s, Cahun and their step-sister Marcel Moore moved to Paris, where they held salons attended by the likes of Henri Michaux and André Breton; the pair would be romantic partners, artistic collaborators and co-writers for the rest of their lives.

Cahun's staged self-portraits from this period rival Cindy Sherman's in the sheer variety of alter-egos presented: aviators, puppets, bodybuilders, megaliths, mummers and angels. Her writings from the same time include monologues based on fairy tales and a book of recorded dreams illustrated with photomontages. In the early 1930s, they exhibited with the Surrealists in Paris and London.

In 1937, Cahun and Moore settled in the Bailiwick of Jersey in an effort to escape Paris’s rising undercurrent of fascism. Despite this effort, Jersey soon came under Nazi occupation. Despite the obvious risks, the pair became Nazi resisters and created propaganda in the form of trenchantly poetic text collages that they surreptitiously distributed in acts that blur the line between activism and performance art. In 1944, they were arrested and sentenced to death, but the Channel Islands were liberated before the sentences could be carried out. However, Cahun's health never fully recovered from their brutal incarceration and they died in 1954. Cahun's work and bio came to greater recognition during the 1990s, and in 2007, David Bowie curated an exhibition of Cahun's work at the General Theological Seminary in New York.

Cahun's works are represented in the Metropolitan Museum of Art in New York, the San Francisco Museum of Modern Art and the Tate in London.