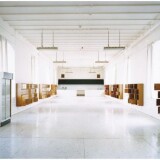 Works by Candida Höfer at Sotheby's 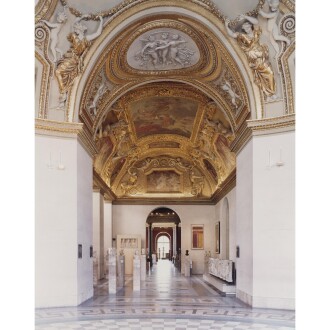 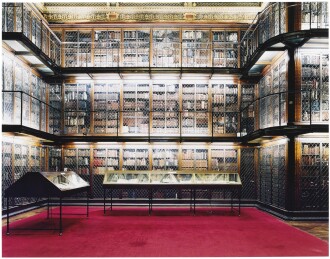 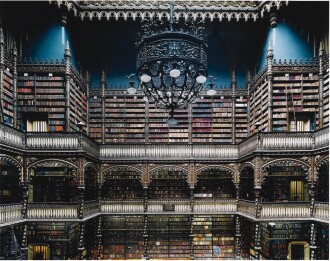 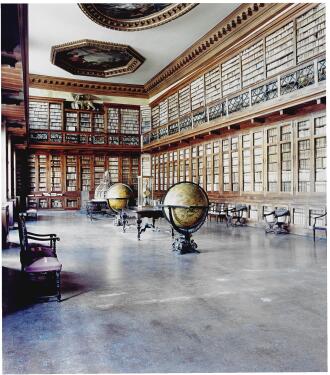 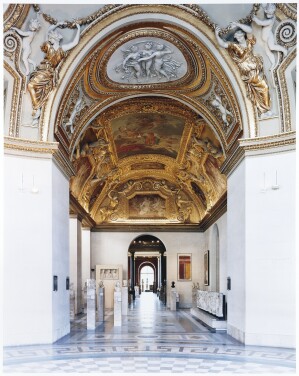 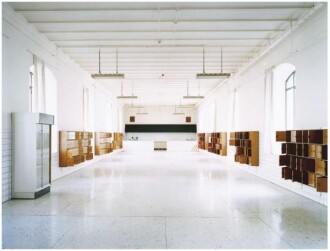 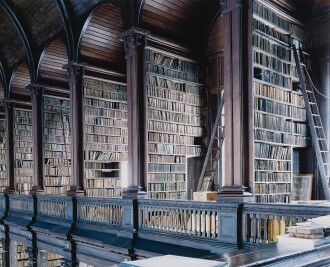 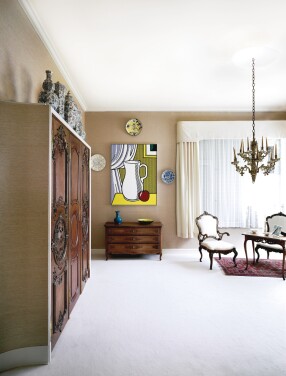 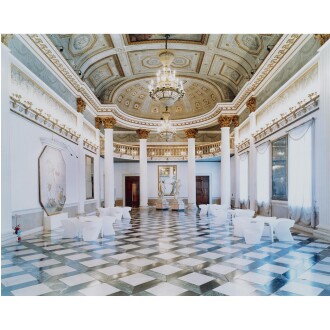 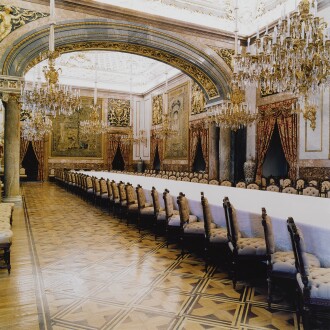 German photographer Candida Höfer is best known for her photographs of large-scale, empty interiors, which highlight the traces of human existence and question the ways in which institutions guide viewer perception and perspective. In addition to her extensive and detailed documentation of famous and grand cultural spaces across Europe including opera houses, museums, libraries and zoos, Höfer has also photographed the works of other artists, including Auguste Rodin and On Kawara, to capture the ways in which the space an object occupies defines and informs its impact on its viewers.

Born in Eberswalde, Germany in 1944, Höfer attended the Cologne Academy of Fine and Applied Arts in the late 1960s before working as a portrait photographer for newspapers, and later studying at the Kunstakademie Düsseldorf under conceptual artists Bernd and Hilla Becher in the 1970s. She began taking photographs of public interiors in 1979 such as office spaces and waiting rooms, and soon moved onto her main focus of large cultural institutions. Her photographs are rarely populated by people, but they share a compositional organization of symmetry, a relatively high vantage point and a vibrant sense of color. As a result, she has synthesized various historical styles of western architecture including Baroque, Neoclassical, Art Deco and Modern spaces into a seemingly single aesthetic. In one snapshot, her work evokes history, highlights propaganda and questions power.

Höfer’s series of photographs of twelve casts of Rodin’s The Burghers of Calais in their exhibition spaces was included in Documenta 11 in 2002, and she represented Germany at the Venice Biennale the following year. She has had major exhibitions at the Kunsthalle Basel, the Louvre, the Irish Museum of Modern Art and many other major institutions around the world. Her work can be found in the permanent collections of the Guggenheim, the International Center for Photography, the Jewish Museum and the Tate London, among others.

Type: slideshow
Category: Photographs
Start Your Photograph Collection With a Portfolio
Type: slideshow
Category: Photographs
Beauty Authority Pat McGrath Picks 17 Photographs that Inspire Her
Please note that prior performance of the indexes and realized returns contained herein does not guarantee future results. In addition, there is no guarantee that random collections of individual works of art or stocks will yield index returns. We are not financial advisors and we are not in the business of recommending art as an investment. We also have no comparative advantage in forecasting the future direction of the art market. Investment decisions should be based on the risk return tolerance and time horizon of the investor with, if desired, the support of a licensed financial advisor. This information is provided "as is" and with no representations or warranties either express or implied of accuracy, merchantability, fitness for a particular purpose or of any other nature are made with respect to this information or to any expressed views presented in this information.