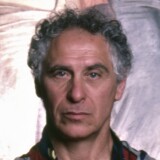 Works by Alfred Leslie at Sotheby's 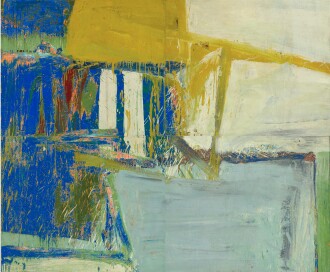 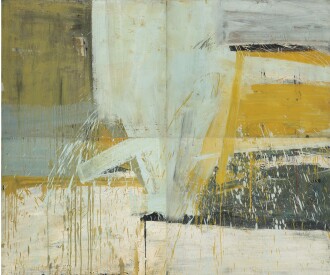 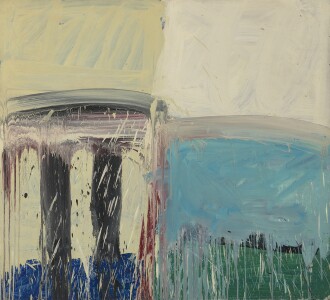 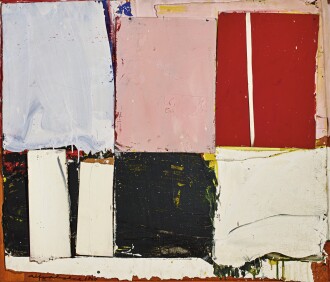 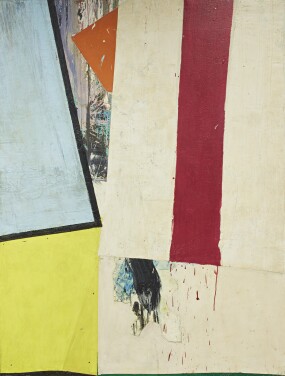 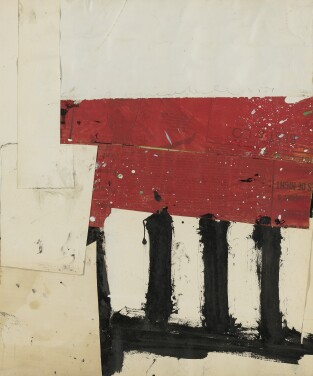 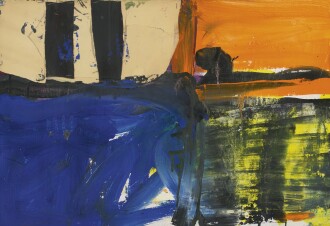 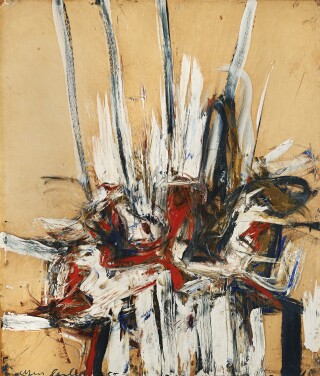 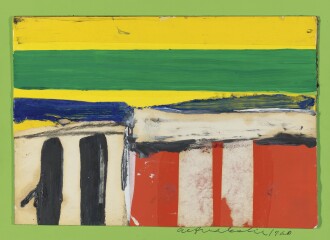 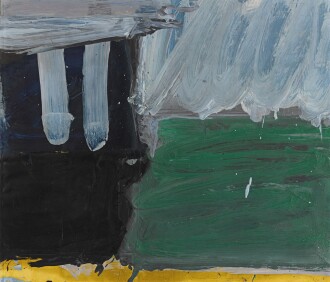 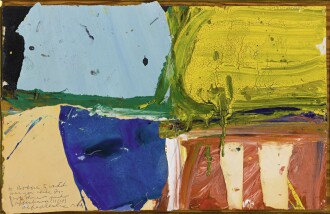 Alfred Leslie’s long career as an artist, writer and filmmaker defies neat categorization. He rose to prominence as a second generation Abstract Expressionist, with a uniquely layered and geometric approach to painting and collage. In the 1960s, however, Leslie abandoned abstraction entirely to focus on realism. His pioneering confrontational style of portraiture has made him a key figure in the return to figural representation in American art.

Leslie was born in the Bronx in 1927. After serving in World War II, Leslie studied art at New York University and later attended both the Pratt Institute and the Art Students League. He began exhibiting in 1947 and quickly became a fixture of the New York art scene, participating in the historic 9th Street Exhibition of 1951 and debuting his first solo show at the Tibor de Nagy gallery in 1952. A consummate multi-disciplinarian, Leslie also gained renown for his avant-garde films, including his groundbreaking 1959 collaboration with Robert Frank, Pull My Daisy. The following year, Leslie published The Hasty Papers, a single-issue magazine featuring the writings of Jean Paul Sartre, Jack Kerouac and Allen Ginsberg, among others. In 1962, Leslie’s interests abruptly shifted toward realism and figuration, and he embarked on a series of monumental paintings in grisaille. A fire in 1966 destroyed nearly all of these monochrome paintings and halted a planned mid-career retrospective at the Whitney Museum. Shortly thereafter, Leslie began to introduce color into his work, although he continued painting his larger-than-life grisailles well into the 1990s. His latest series, “Pixel Scores”, is made with Photoshop.

Leslie currently lives and works in New York. His work is housed in the permanent collections of the Whitney Museum of American Art, New York; the Museum of Modern Art, New York; Walker Art Center, Minneapolis; and The Art Institute of Chicago. Pull My Daisy was inducted into the National Film Registry in 1996. He is also the recipient of numerous awards, including a Pollock-Krasner Foundation Grant, a Guggenheim Foundation Grant, an Artist Foundation Grant and a Medal of Merit from the American Institute of Arts and Letters.

Museums with Works by Alfred Leslie

Type: museum
The Museum of Modern Art
New York, New York | New York
Type: museum
Art Institute of Chicago
Chicago, Illinois | Illinois
Type: museum
Whitney Museum of American Art
New York, New York | New York
Type: museum
Walker Art Center
Minneapolis, Minnesota | Minnesota
Artist Image: 2015 Jack Mitchell
Please note that prior performance of the indexes and realized returns contained herein does not guarantee future results. In addition, there is no guarantee that random collections of individual works of art or stocks will yield index returns. We are not financial advisors and we are not in the business of recommending art as an investment. We also have no comparative advantage in forecasting the future direction of the art market. Investment decisions should be based on the risk return tolerance and time horizon of the investor with, if desired, the support of a licensed financial advisor. This information is provided "as is" and with no representations or warranties either express or implied of accuracy, merchantability, fitness for a particular purpose or of any other nature are made with respect to this information or to any expressed views presented in this information.