The Peculiar Tale of Beethoven’s Hair

W hen Anton Halm – celebrated 19th-century pianist and contemporary of Ludwig van Beethoven – wanted a keepsake of the great composer to give to his wife, Maria, he knew exactly what she wanted: a lock of Ludwig’s granite-toned hair.

This June, the Halms’ cherished lock is to be offered in Sotheby’s Important Manuscripts, Continental Books and Music sale – and it comes with a story as messy as the maestro’s mane.

In 1826, Halm sent his request via Beethoven’s friend, the violinist Karl Holz. A few days later Holz, supposedly, came up with the goods and a coil of hair arrived at the Halms. Not all was as it appeared, however. As Halm, who was working on a piano arrangement for Beethoven, discovered when he visited the composer.

With a “fearsome expression” Beethoven declared: “You have been deceived about this lock of hair! See what terrible creatures I am surrounded by, whom respectable people should be ashamed to be with. You’ve been given the hairs of a goat.” Whose goat remains a mystery.

Beethoven swiftly took matters into his own hands (and scissors). “He gave me a sheet of paper containing a considerable quantity of his hair, which he had cut off himself,” Halm recalled.

“This is my hair!’ Beethoven declared.

And so, Maria got her memento. It would remain in the Halm family’s possession for many years, before passing to one of the pianist’s pupils.

The appearance at auction of curls, shocks and ringlets of hair is something of a rarity – but there are notable precedents. In the summer of 2017 Sotheby’s London sold a lock of Lord Nelson’s hair from the collection of one of his fellow Admirals (as he lay dying the hero of Trafalgar requested that his hair be cut and passed to Emma Hamilton).

Snipping a lock from the recently deceased was quite the thing in the 18th and 19th centuries. Sotheby’s has sold deathbed relics from other composers, including Chopin and Mozart, along with snippets from the designer William Morris and the poet Lord Byron. Getting in there early, in his exile on St Helena, Emperor Napoleon gave a 10cm spray of his milky-hued thatch to an English officer as a dinner-party present.

But Beethoven’s hair proved particularly popular. His impressive grey waves were all the rage, as author Russell Martin notes in Beethoven’s Hair his 2001 study of this curious collecting phenomenon. “His wild hair had been the physical thing that most immediately characterized him,” writes Martin. “It was a metaphor somehow for his eccentric ebullience, his utter unpredictability, his astonishing artistic power.” 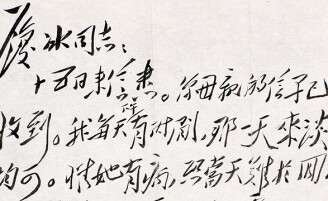