IN FOCUS: Cecily Brown from The Collection of Douglas S. Cramer

New York
Sotheby's is pleased to offer four works by Cecily Brown from the Collection of Douglas S. Cramer this November. Discover the works below.

S imultaneously figurative and abstract, the works of artist Cecily Brown writhe with power and emotion. A contemporary British artist based in New York, Brown occupies a unique space in the canon of contemporary art, and, more specifically, in the collection of acclaimed producer and collector Douglas S. Cramer. Her works have been credited with not only continuing, but expanding upon and testing the limits of the conversations set forth by her Abstract Expressionist predecessors - Willem de Kooning and Arshille Gorky, among others. Reinvigorating figurative painting, Brown’s artworks challenge established conventions of the genre through both their treatment of material and of subject matter. Varying in length, tightness, and opacity, Brown’s brushwork is far from fixed. And though art historically inclined, neither is the artist’s treatment of art historical tropes. In her works, ephemerality and eroticism are reclaimed, unabashedly explored through flesh tones and kinetic brushstrokes. 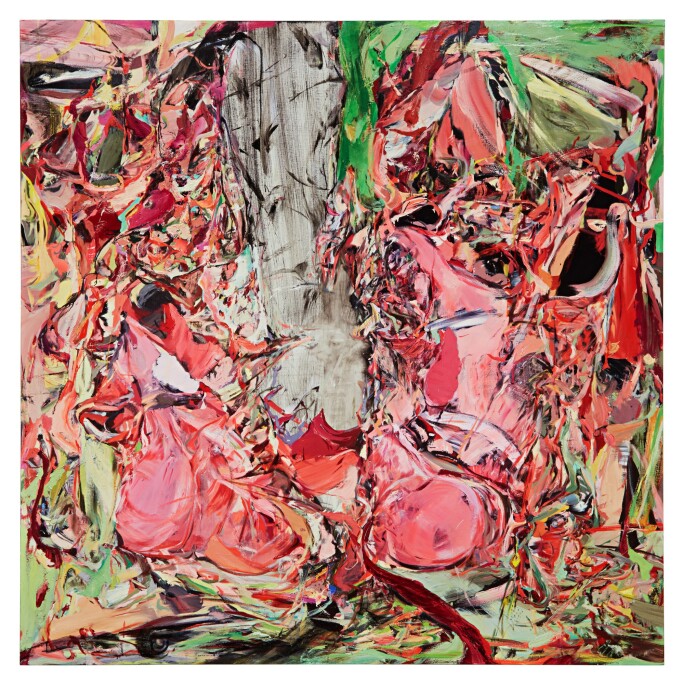 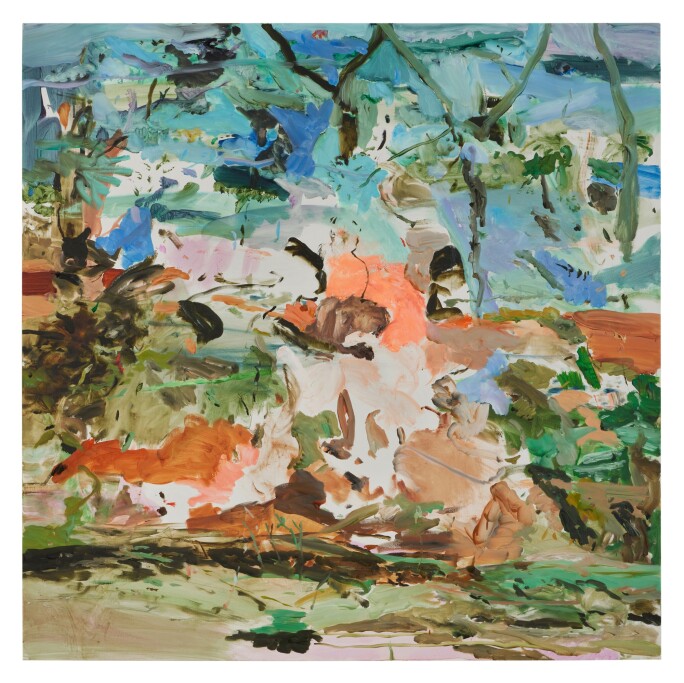 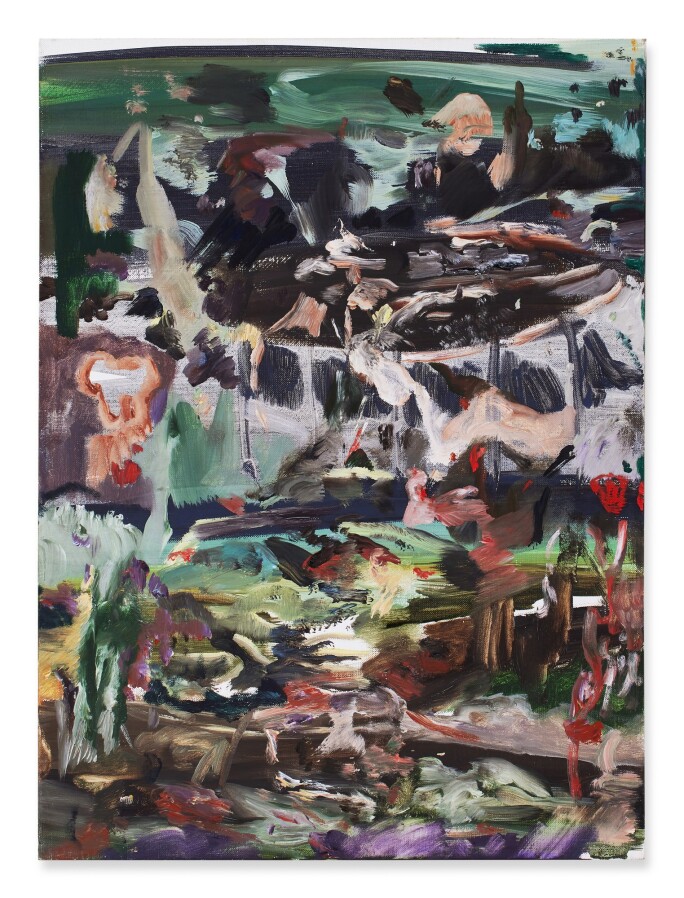 Embodying this influence and this transformation, Brown’s Spree galvanizes femininity and sensuality in a swirling and signature display of line, shape, and color. Pinks and reds dominate the canvas, while yellows and greens float along the work’s border, altogether composing a painting that challenges the medium’s static nature. Brown derives the title for Spree from the 1967 film of the same name; lifting the title of the film only as inspiration, the resultant canvas is a composition of Brown’s entirely. Soon after its creation, Spree was chosen for inclusion in the artist’s first critically acclaimed exhibition at the Hirshhorn Museum and Sculpture Garden in 2003. In this work, the corporeal is ambiguous, revealed only, as Dixon asserts, to be destroyed.

Brown’s Untitled (Trapeze) grapples with such subject matter in an equally stunning and flesh-driven, yet more figurative display. Limbs and faces emerge out of abstraction to reveal an erotic scene: nude bodies coalescing amongst and within one another. Foreground and background collapse as brushstrokes of various creams, reds, and browns build upon each other. The fleshy saturation of the palette and rich texture of the brushstrokes only enhance the physicality of the image. Created the same year Deitch Projects exhibited her works, Untitled (Trapeze) embodies the unique way Brown distinguished herself from her Young British Artist contemporaries. Brown shared with these contemporaries, who were motivated by the use of conceptualism and new objects, the capacity for creating shocking works - albeit with a differing embrace of painterliness that preceded her. The Rubenesque sensuousness that underlines her oeuvre is embodied in Untitled (Trapeze), wherein bodies of different shapes and sizes dance electrically upon the canvas.

Set in nature, Bend Sinister incorporates a distinctive romanticism. Illustrating Brown’s art historical prowess, the work employs an almost Rococo tonality; earthy blues, greens, peaches, and browns are revealed through loose brushstrokes. The presence of figures and foliage also call to mind Manet’s scenes of springtime indulgence. Though reminiscent of such masters, the palpable dampness afforded by the work’s cool hues and experimental brushwork render Bend Sinister as distinctly contemporary. Also comprised of looser brushstrokes and more abstraction, Untitled (#84) is a darker work. Forest green and dark brown dominate the image, which also features smaller swatches of white, purple, and burnt amber. Illustrative of Brown’s range in terms of rendering mood, Untitled (#84) affords its subjects a special dynamism. Brown’s intricate and gestural works on paper, such as Untitled (Tree) and Untitled (Rabbit Drawings) further embody the artist’s ability to push the boundaries of painting. Altogether, these works offer an image of the artist that has come to be known as a foremost painter of the late twentieth century. 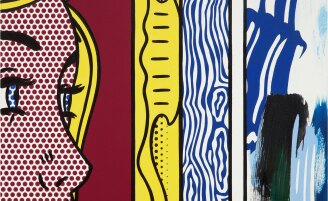 Learn More: Property from the Collection of Douglas S. Cramer 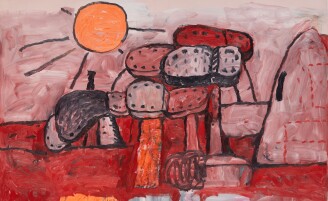