How Napoleon’s Chair Was Almost Late For His Coronation

An incredibly rare original chair, commissioned by Napoleon especially for his 1804 coronation, only arrived in the nick of time, just the day before he assumed the title of French Emperor.

This exceptional example of the furnishings of the Throne Room in the Imperial Tulieries Palace features in The Midas Touch sale in London on 17 October and, unusually for the era, its fascinating history is very well documented.

Commissioned by Napoleon himself, the chair is one of the originals from the Throne Room and was part of a large order, which included the Throne itself, six side chairs and 36 folding stools. Sotheby’s specialist Henry House says: "By 1806, only two of the armchairs were in use in the Throne room and they would have been reserved for the Emperor himself, Josephine or the Emperor’s mother". The chairs can be seen, along with Napoleon, in a painting by Nicholas Grosse and this is the only remaining armchair from the original commission known to still be in existence.

Although great priority was placed on the chairs, which were due to arrive ahead of much of the other Throne Room furnishings so as to be ready for the coronation, the collection of pieces only arrived on 1 December 1804, just the day before the coronation was to take place. This was partly due to the painstaking process of designing and manufacturing such an important suite.

Designed by celebrated Imperial designers Percier and Fontaine, the original plans were given to Napoleon’s close friend General Géraud Duroc in July 1804 before life size drawings were created for the approval of Napoleon’s favourite ébéniste (cabinet-maker). Between late August and early September 1804, the firm of Jacob-Desmalter produced the frames and the carving, which were then covered with the traditional twelve layers of gesso and gilded. This workshop employed over 300 people and produced over 700,000 francs worth of furniture each year, equivalent to roughly €3 million today.

The frames were then delivered to the Garde-Meuble's upholsterers who covered them with the silk woven by Camille Pernon in Lyon. Henry House explains that the design is characteristic of the pronounced Empire style that would dominate under Napoleon’s rule: “I particularly admire the stark neo-classic/antiquarian nature of the chair, recalling the designs from antiquity such as the sphinx arm supports. The design would have appeared new and characterised a new chapter in France’s history, a world away from the tastes of the deposed King.”

We are now inviting property consignments for the Midas Touch sales in October. Request an estimate 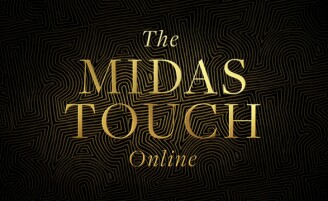