A n originator of the shaped canvas, artist Carl Pickhardt (1908–2004) began creating his free form paintings in the early 1950s. These works had no fixed orientation and each possessed its own unique, geometric silhouette; the nearly sculptural artworks hearkened a new pictorial structure freed from horizontal or vertical reference. A new exhibition Carl Pickhardt: Free Form at Sotheby’s San Francisco presents sixteen canvases by the under-recognized artist, on view to the public now through 28 September 2018.

Like Hans Arp before him, Pickhardt derived pictorial structure from the physical character of the picture support itself. Each of the free form paintings may be revolved like a turntable, appearing in any position around its axis, fixed at its center to the wall. As art historian Parker Tyler notes, "each outline quivers, expands and contracts, the way the heart does in a human body, sending out waves of energy.” Unconstrained by the traditional boundaries of a rectangular frame, Pickhardt’s spontaneous paintings "combine the cerebral and the intuitive, with a critical independence and a controlled passion and intensity in his forms and shapes."

Carl Pickhardt: Free Form is on view through 28 September at Sotheby's San Francisco, located at One Sansome Street, Suite 750. 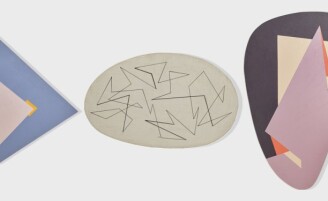 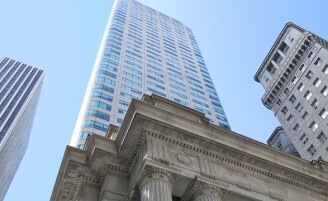 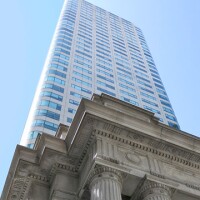 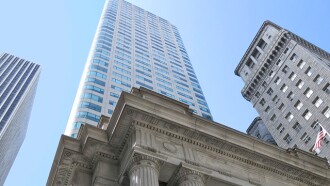