A n outstanding watercolour by Paul Cézanne will lead Actual Size, a curated sale that will take place on the 21st June at Sotheby's in London. The sale brings together paintings, drawings and sculpture from the 20th and 21st centuries and challenges the theory that 'bigger is better', by offering exceptional works that are no bigger than the size of the catalogue page on which they are illustrated.

Brilliantly coloured and sublimely composed, Baigneuses, La Montagne Saint-Victoire au fond combines two of the most important subjects of Cézanne’s œuvre – bathers, and the majestic Montagne Sainte-Victoire. The subject of bathers preoccupied Cézanne from the 1870s onwards and, as the most consistently recurring theme in his work, forms a major part of his artistic legacy. This ground-breaking group of paintings revolutionised the traditional concept of representing the human figure and as such this series proved crucial to the development of twentieth century art. This work is a particularly beautiful example of his watercolour studies for the later Baigneuses, and illustrates his total mastery of the medium.

Throughout his career Cézanne used watercolours as a means of thinking through and exploring ideas for larger-scale oil compositions. The present work relates closely to one of the three late Grandes baigneuses that Cézanne was working on at the time of his death, now in the Philadelphia Museum of Art, and provides an insight into Cézanne’s working practices. Whilst the oil shows the same triangular orchestration, in the watercolour Cézanne introduces a third group of figures in the centre of the composition and significantly, the recognisable outline of Saint-Victoire in the distance.

The extent to which the watercolour differs from the oil suggests not only that Cézanne used the medium as a means of exploring compositional variations but also that he rejoiced in it for its own inherent qualities and the freedom of expression it allowed him. In comparison to the static monumentality of the oil, Baigneuses, La Montagne Saint-Victoire au fond — although rigorously conceived — is characterised by an immediacy and energy.

As Cézanne scholar, Matthew Simms, explains: "This lively, gestural handling [...] was as much a means for Cézanne to render a sense of the dramatic action taking place in his depicted scenarios as it was a means for him to register his own emotional participation in the subject matter. If Cézanne’s handling in his watercolour sketches for the large bathers [...] calls to mind this kind of emotional participation, it also reflects more recent concerns developed in his contemporaneous watercolour views of landscape and still life. In these contemporary watercolours, Cézanne sought to render the visual sensations of vibrant light and air in the south of France. Although based on imagination rather than observation, Cézanne invokes in these bather sketches a similar quality of shimmering light and air. More than this, he also adds to the vibrant envelope a quality of vital movement that sets these watercolours off from his contemporary landscape and still-life watercolours". The deft application of paint in vivid tones of blue and green and the lively interplay of forms create a work of particular vivacity. Simms goes on: "In comparison with similar oil versions, this work seems more animated and flowing perhaps because the entire process of its making is retained in each transparent touch of pigment."

The legacy of these watercolours – and the late Baigneuses paintings as a whole – was far-reaching. Celebrated when they were first exhibited by Ambroise Vollard in 1905, they inspired a subsequent generation of artists who saw a new world of possibility in their innovative use of space and light. An integral chapter in the history of the birth of Cubism, they paved the way for many of the key developments of twentieth century art. 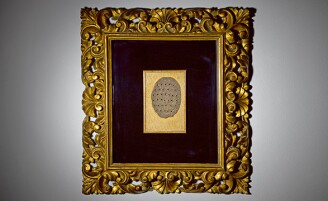