A Palace Made of Porcelain: Royal Porcelains from the Arnhold Collection 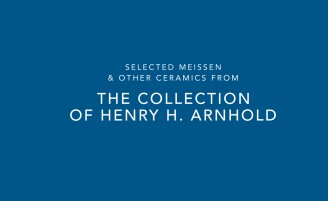 Past Auction
Selected Meissen and Other Ceramics from the Collection of Henry H. Arnhold
24 October 2019 | 10:00 AM EDT | New York

T he Japanese Palace, a German Baroque masterpiece of the early 18th-century chinoiserie style, stands elegantly on the Neustadt bank of river Elbe in the city of Dresden. It was purchased in 1717 by Elector of Saxony and King of Poland, Augustus II The Strong (1670-1733), who engaged the work of the leading Dresden architects of the time, Poppelmann, de Boot, Longuelune and Knoffel to realise his vision of a creating a “porcelain palace.” The surviving plans laid down by these architects, with annotations made by the King himself, give an indication of the grandeur of the venture. The imposing four-winged palace was enlarged and designed to display the Asian porcelain collection amassed by the King. Later plans indicate that the Asian porcelain was designated to the ground floor, while Meissen porcelain was to be displayed on the upper floor, each room ordered by ground color, seladon, blue, yellow, red, among others, all enriched by ornate chinoiserie interiors.

Royal Highlights from the Arnhold Collection 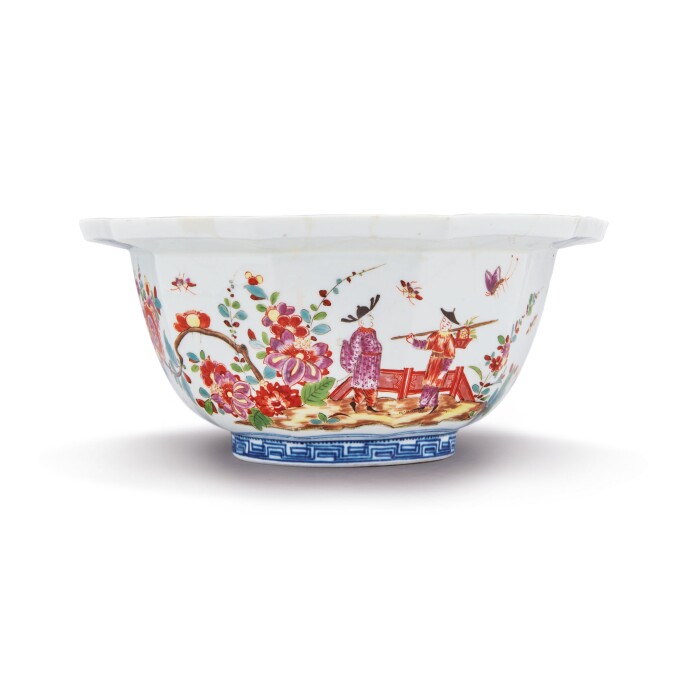 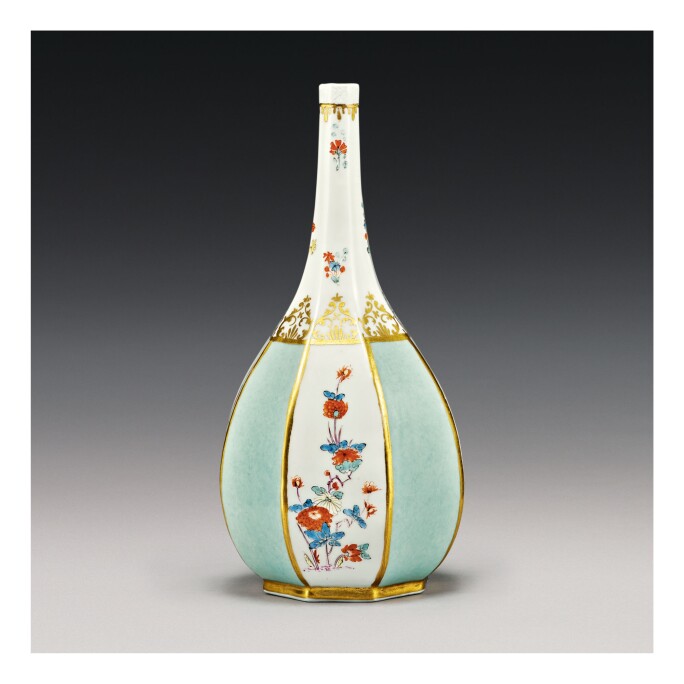 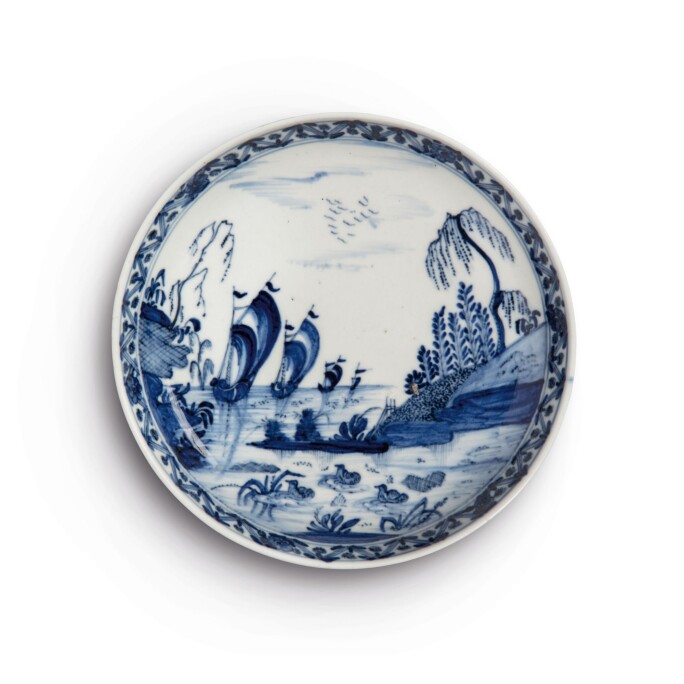 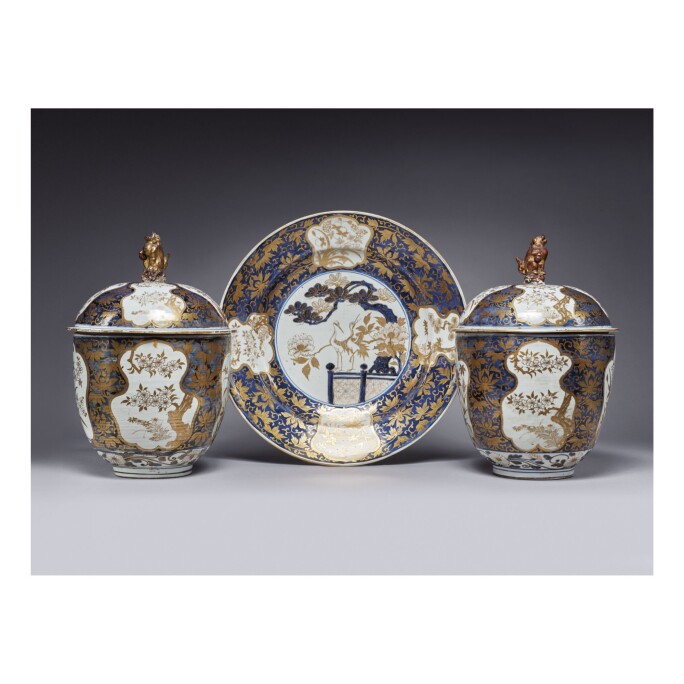 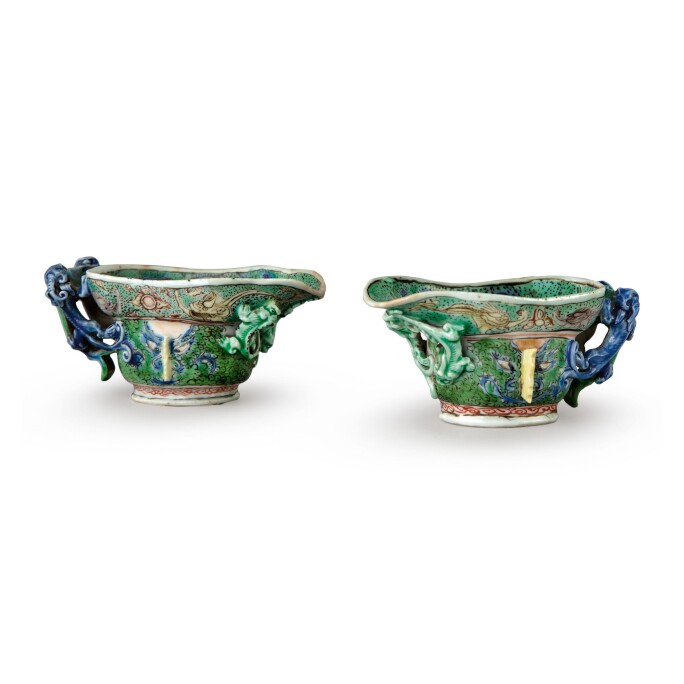 The collecting and display of Asian porcelains, PorzellanKammers, thrived through the Princely and Royal Houses of Europe in the 17th and 18th centuries. Elaborate designs were produced for rich and densely packed patterned wall displays of Asian porcelains. King Augustus II famously suffered from a Maladie de Porcelaine; in 1717 he exchanged 600 Saxon dragoons for 151 Chinese blue and white porcelains from Friedrich Wilhelm I of Prussia and by 1727 his collection included about 25,000 Asian porcelains.

The King engaged his factory at Meissen to produce porcelain in the thousands to furnish the State Apartment rooms of the Japanese Palace. Elaborate and brightly decorated porcelain vases, table wares, tea and coffee services were produced to adorn the walls and chimney pieces of each room. One gallery which stretched the width of the palace was intended to display a ‘porcelain menagerie’ of near life-size animals. The Arnold Collection features four modern copies of these models (lots 306, 307, 308 and 309).

Modern Copies of Animal Models in the Palace 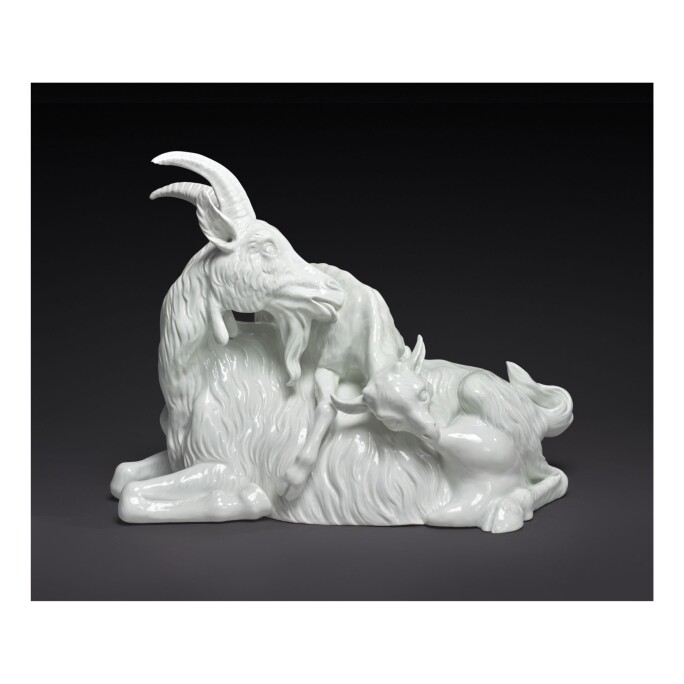 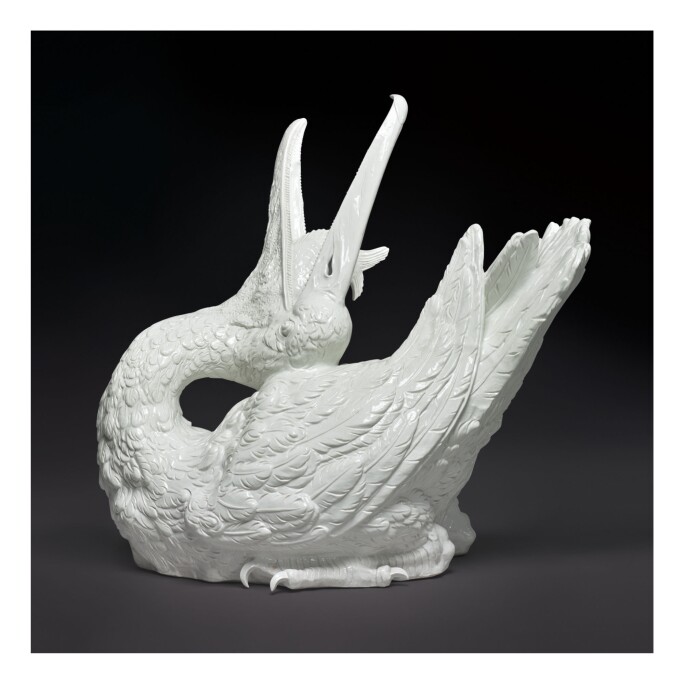 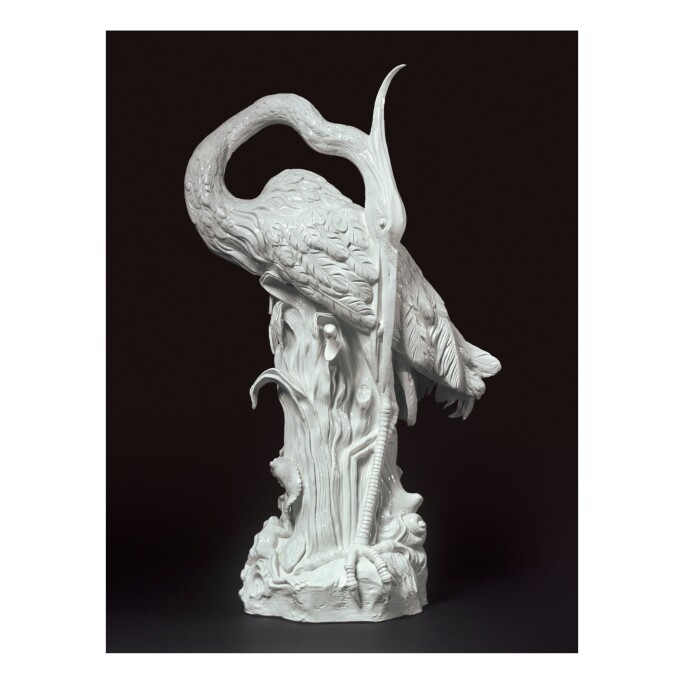 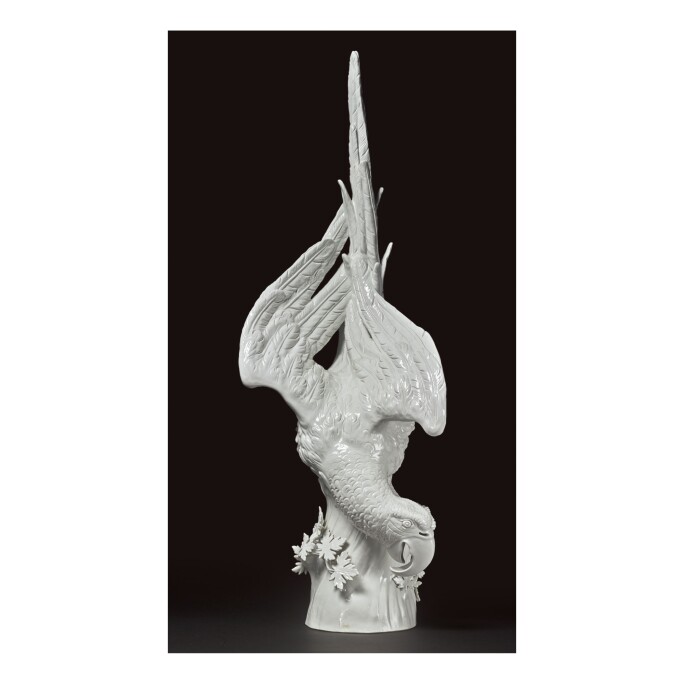 The sale includes 40 examples of Meissen, Japanese and Chinese porcelain with Royal Saxon provenance that were once housed in the Japanese Palace. These Royal porcelains each feature the incised numerals picked out in ink which correspond to the inventories of the Japanese Palace. The monumental inventories completed in 1721, 1770 and 1779 group the porcelains by type indicated by a different incised symbol following the inventory number. For example, blue and white porcelains were marked with a zig-zag line (lot 492), Meissen porcelain by a ‘W’. After the King’s death in 1733, the project at the Japanese Palace was partially continued by his son and successor Augustus III before being abandoned.

The sale of Selected Meissen and other Ceramics from the Collection of Henry H. Arnold is being sold to benefit The Arnhold Foundation.

Past Auction
Selected Meissen and Other Ceramics from the Collection of Henry H. Arnhold
24 October 2019 | 10:00 AM EDT | New York
Collectors