Visionary Russian painter Oleg Vassiliev (1931–2013) is regarded as one of the most influential artists of the Soviet Nonconformist style, which arose in 1950s and lasted until the era of Soviet reform in the 1980s and 1990s. Vassiliev’s singular visual aesthetic — at once photo-realist and surreal— engages both the tenets of Soviet Realism and the daring of the Russian avant-garde to remarkable effect. Five works by the artist will be presented in Sotheby’s Escape Artists: The Non-Conformists Online (20 September – 5 October). To learn the must-know facts about Oleg Vassiliev, read below.

1. You’re either with us or against us

Oleg Vassiliev didn’t set out to be a dissident artist. In fact, he admitted to actively avoiding the fraught public political struggles of the day and instead tried to maintain his career as an illustrator, the approved profession which also employed his close friends Erik Bulatov and Ilya Kabakov, while quietly pursuing his vocation as an independent artist. "However, in our social system, even this pursuing of one’s own work was criminal, according to the principle: he who isn’t with us is against us," the artist recalled.

In 1968, Vassiliev showed 25 paintings at the jazz cafe, Blue Bird, a venue on Chekhov Street in Moscow which had become a non-conformist hangout and underground exhibition space in the 1960s. It would be Vassiliev’s first and last exhibition under the Soviet regime. Jazz was tolerated up to a point at the time, but as a resoundingly Western and ‘free’ genre it was ideologically suspect; activities at Blue Bird were only borderline acceptable and in the same year as Vassiliev’s show, they were forced to drop jazz from their performances entirely. In 2004, Vassiliev was granted a major retrospective at the State Tretyakov Gallery, Moscow, and the State Russian Museum, St. Petersburg.

In 1977 Vassiliev took part in the unofficial art exhibition in Venice devoted to dissident culture in the Eastern bloc. The ‘Biennale del dissenso culturale’ featured works by Soviet artists Ilya Kabakov, Ülo Sooster and Vladimir Yankilevsky and other artists who, in the words of the curator Enrico Crispolti, weren’t so much persecuted as excluded and suppressed. Few were creating black-and-white criticisms of the regime but a number were trying simply to distance themselves from reality, ‘to overcome reality in some special dream-like world’.

The technical finesse of Vassiliev’s work makes him very much a painter’s painter: "both Vassiliev’s work and Gerhard Richter’s bears the marks of technical training that was generally unavailable to and in any case largely eschewed by students in the United States during the same period, because it was deemed anti-modernist hence pointless." 1 Vassiliev’s style blends two of the strongest strands of pre-Revolutionary Russian art: late 19th-century landscape painting and the geometry of the avant-garde of the 1910s.

In 1989 the American gallerist Phyllis Kind invited Vassiliev and his wife Kira to visit New York. Vassiliev ended up spending six months in the city and holding an incredibly successful exhibition. The following year he and his family moved to New York where he spent the next 16 years and lived to see his work exhibited across North America and Europe. His final years were spent in St Paul, Minnesota, where he continued to devote himself to painting, spending up to eight hours a day in his studio.

6. Pick of the bunch

In 1989 George Costakis, the legendary collector of 20th-century Russian art, holds his final lifetime exhibition: it is a painting by Oleg Vassiliev which is chosen for the poster and invitation.

This was the fitting title for Vassiliev's 2004 retrospective at the State Tretyakov Gallery, Moscow. If there is one word that defines Vassiliev’s work, it would be memory. More of a verb than a noun in his vocabulary, memory is a creative process rather than a simple imprint: "It selects and intensifies some aspects of the past" he wrote, "it erases others, transforms them, spruces them up and even dramatizes them." His faded palette imbues his paintings with a sense of nostalgia and longing for a past that "seems to anticipate the disappearance of the reality he paints…" 2 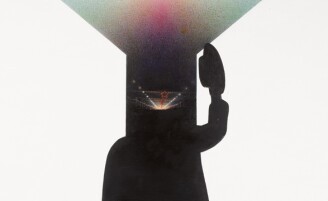 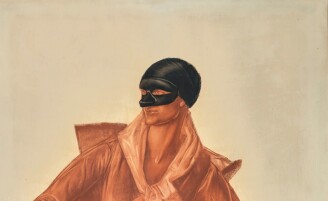 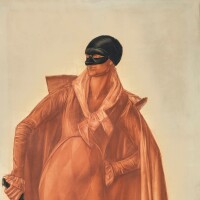 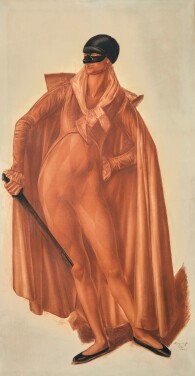