The Artists and Bookbinders sale on 18 November in Paris will bring together around 50 volumes showcasing illustrated books and the art of bookbinding. Among the artists featured are André Derain, Sonia Delaunay, Fernando Botero, Giorgio De Chirico, Max Ernst, Alberto Giacometti and Pablo Picasso. In terms of bookbinders, the sale includes work by some of the most prestigious names of the 20th century, such as Rose Adler, Paul Bonet, Pierre Legrain, Georges Leroux and Pierre-Lucien Martin. 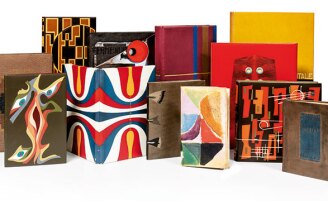