I n conjunction with our marquee sale of British Art: Modern and Contemporary on 29 June, we are delighted to present a rich and dynamic collection of 20th-century British art in our online sale. The auction is led by a group of works from the Collection of Mrs Elizabeth Corob. Mrs Corob’s collecting began in the 1960s and she eventually amassed a collection of works by some of the most radical artists working in Britain in the period, including pieces by David Hockney, Ben Nicholson, Henry Moore, Graham Sutherland, Keith Vaughan and Ivon Hitchens. 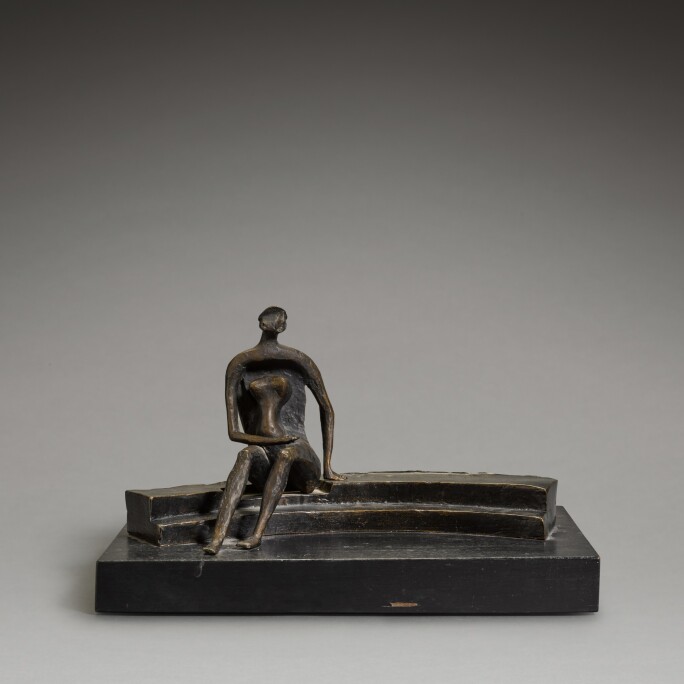 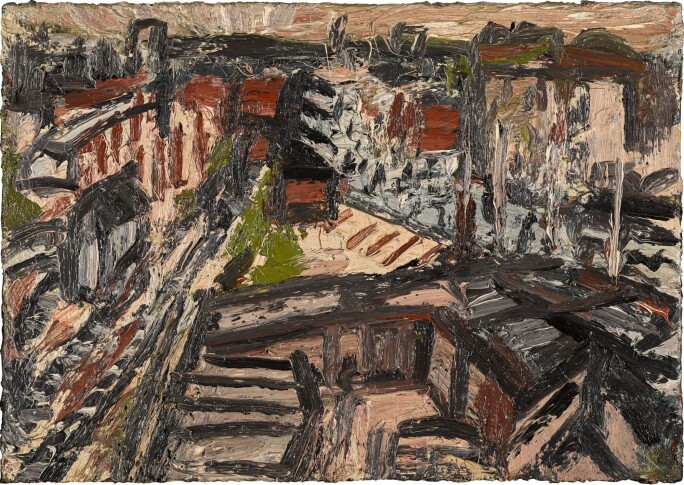 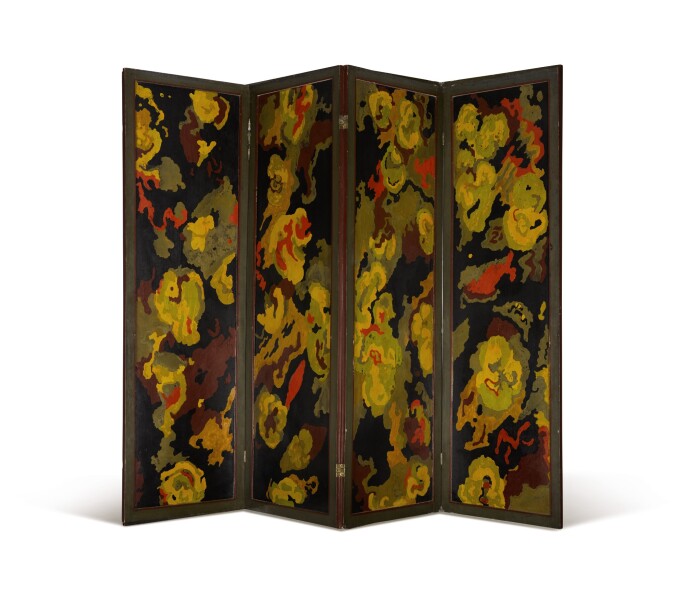 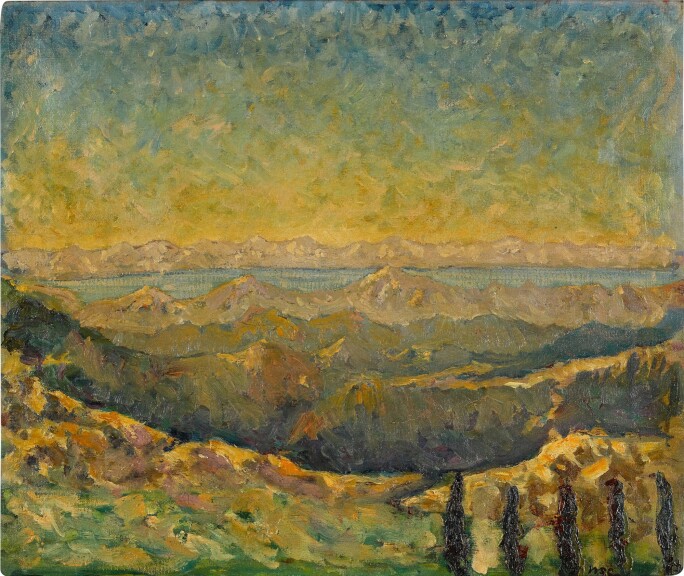 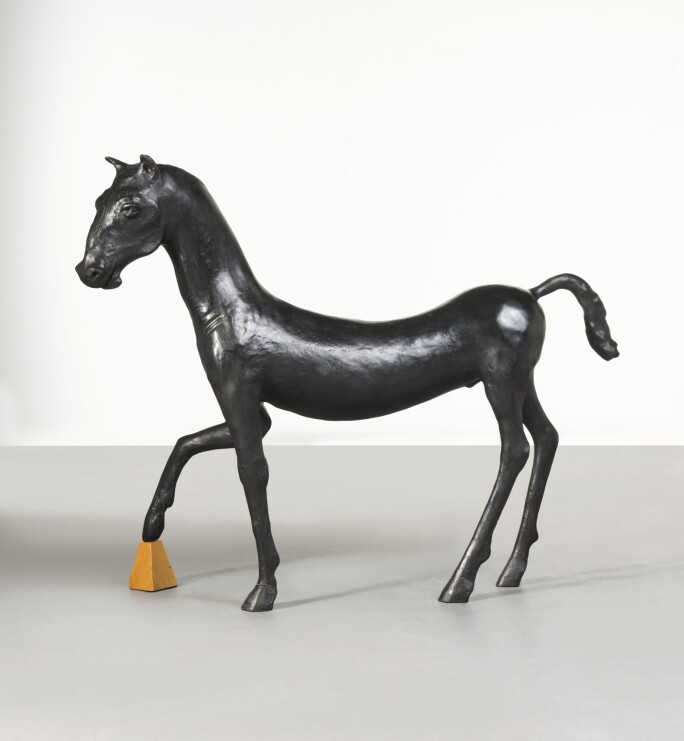 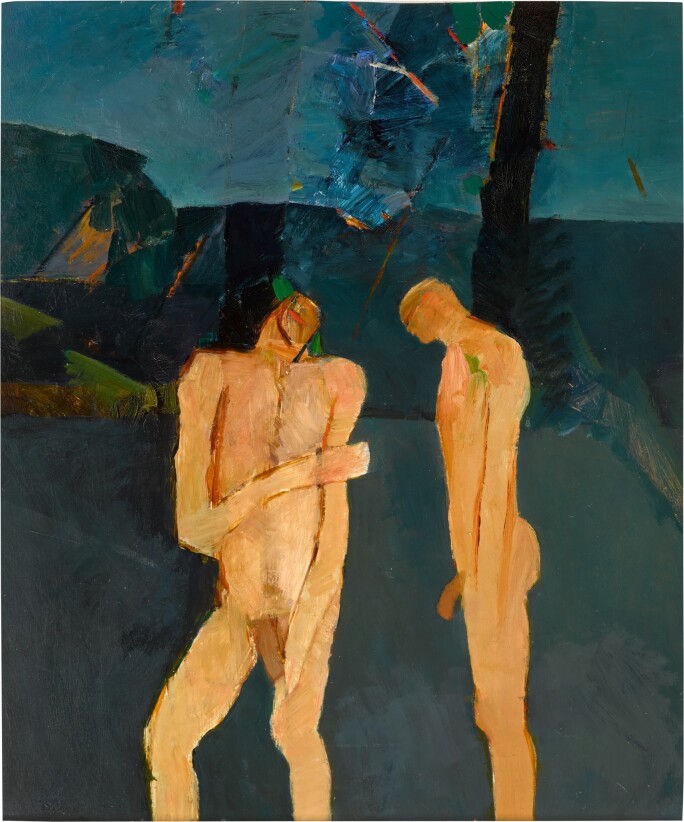 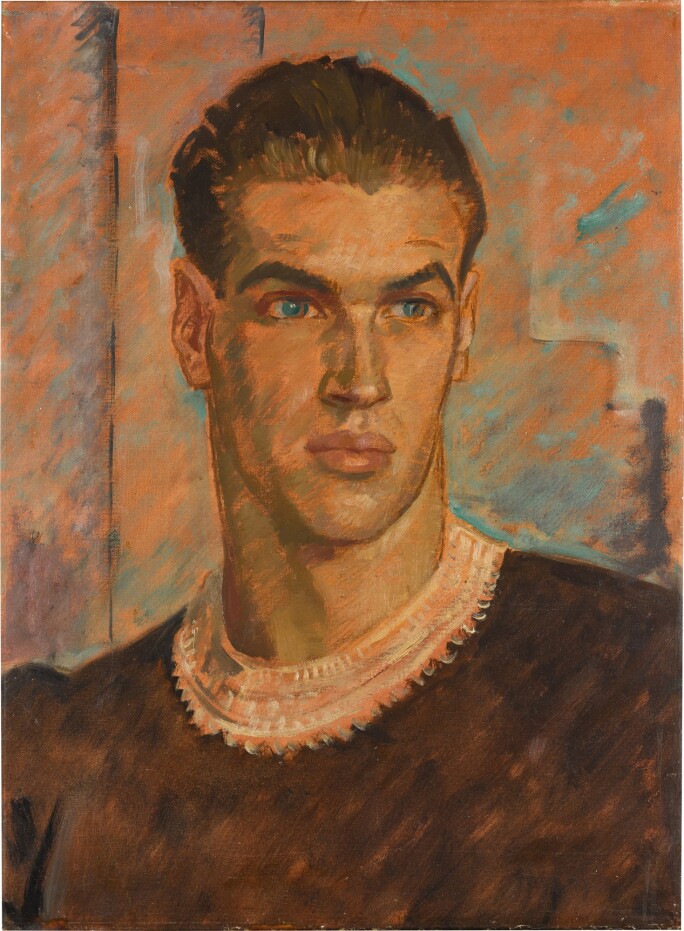 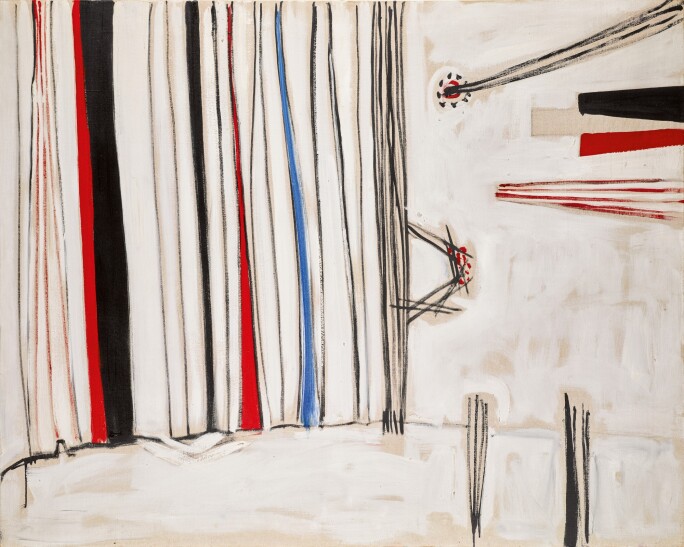 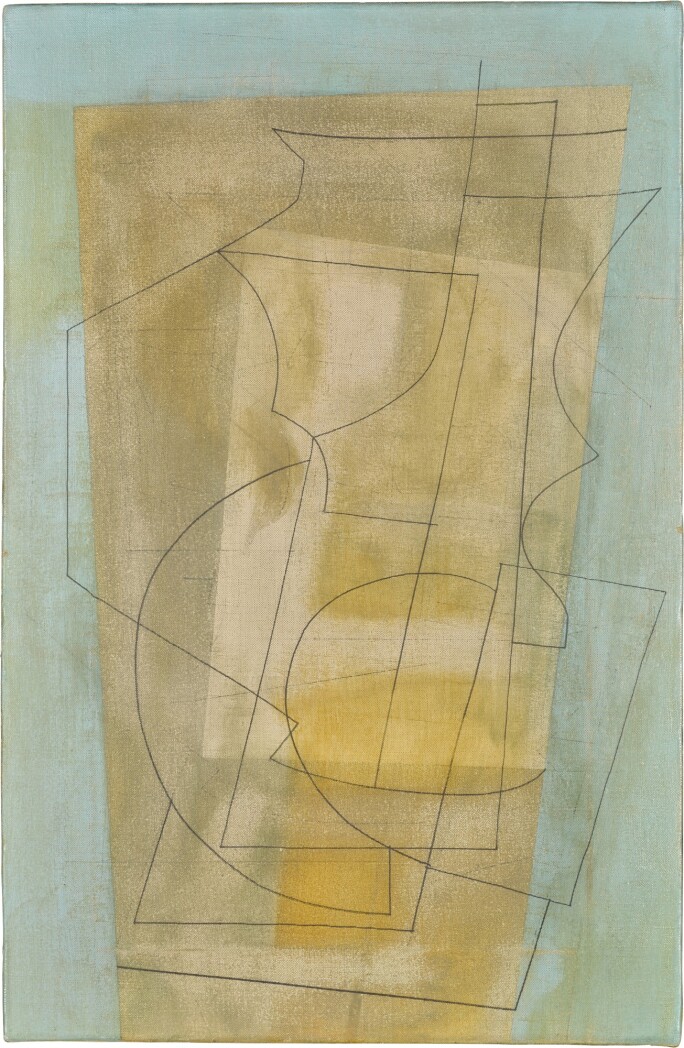 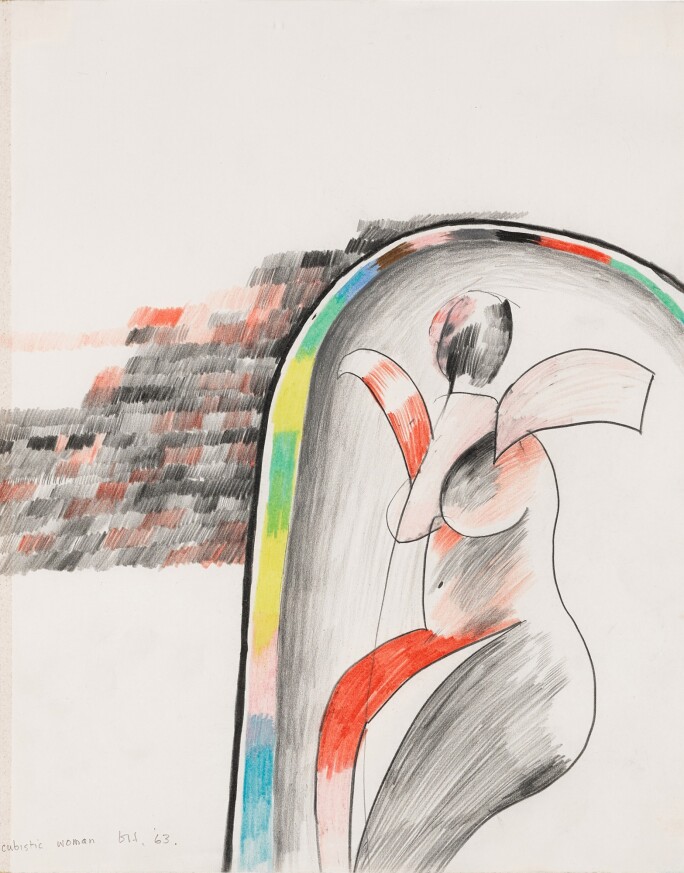 The collection of Ann and John Kay had its roots in Ann’s earliest student days. Studying at the Bartlett School of Architecture, her real passion was art and, banned by her father from art school, she took up Evening classes at the Borough Polytechnic. Taught by David Bomberg, she learnt alongside, in the very same class, Frank Auerbach and Leon Kossoff. Revered by his students, Bomberg instilled in them the celebrated directive to look for ‘the spirit in the mass’. Later, when she and her husband John Kay were looking for art to fill the walls of their Clapham house, it was to her teacher and contemporaries that they turned, acquiring a superb group that celebrates the legacy of Bomberg and his students. Powerful works on paper by Bomberg cover the gamut of his career, from a vibrant Bargees work to landscapes of Paris and Spain and a self-portrait. Auerbach is represented with an energetic London sketch of Primrose Hill. It is Kossoff, though, that is the standout of the collection with a view over Dalston Junction in summer realised in incredible impasto paint.

The Kay’s collection hung on the walls of their timber-framed Clapham home in Crescent Grove (the interior illustrated above as featured in C20 Society), which they designed and built in the early-1960s, probably the first timber-framed residential structure to be built in London since the Great Fire of 1666. Many of the works hung in the split-level first floor living room with library area, the area and art work designed to be carefully lit: John co-authored Lighting in Buildings in 1969 and used Crescent Grove as an example in his writing. John became chief architect to the Department of Education and Science in 1984, retiring in 1987, whilst Ann was a primary school teacher. It is an honour for Sotheby’s to offer this group as part of our June Modern & Post-War British Art sale. 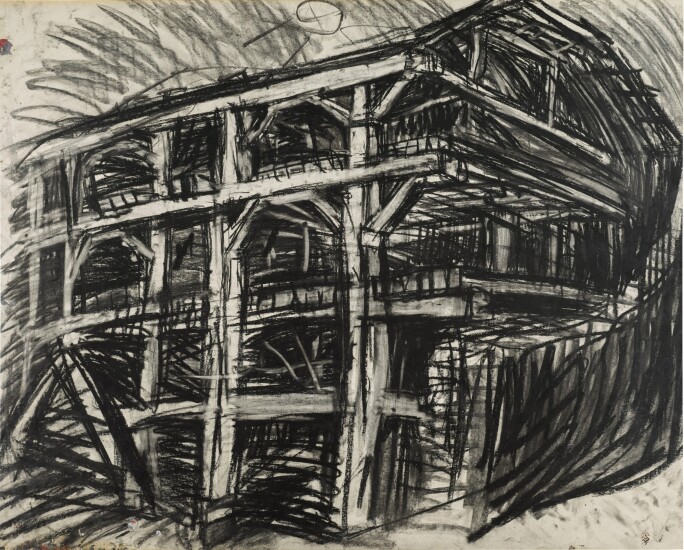 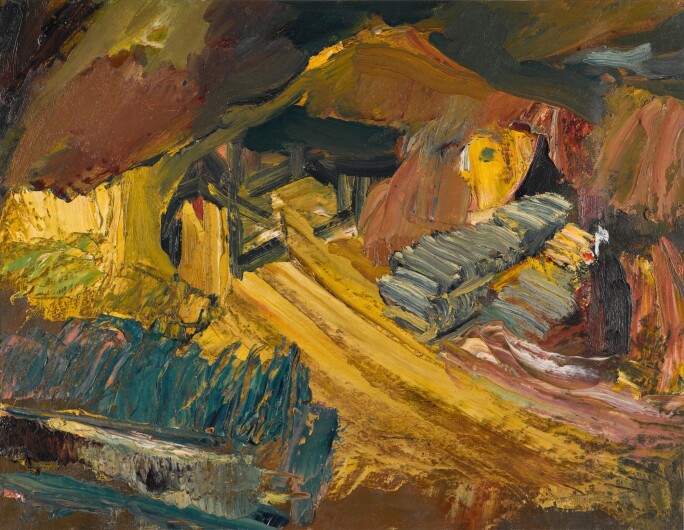 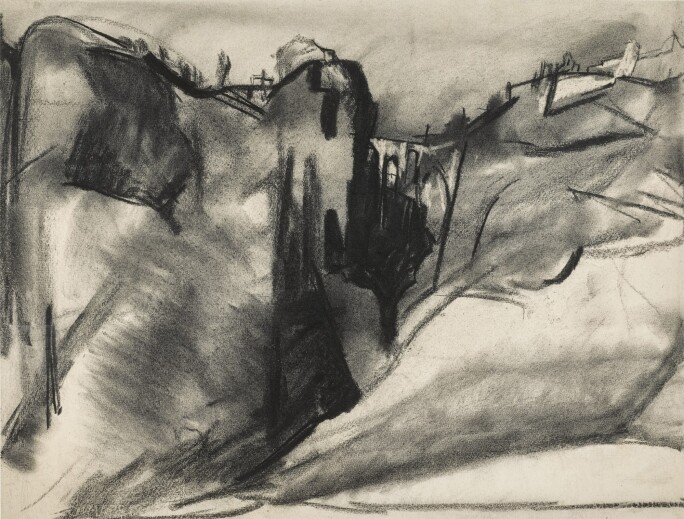 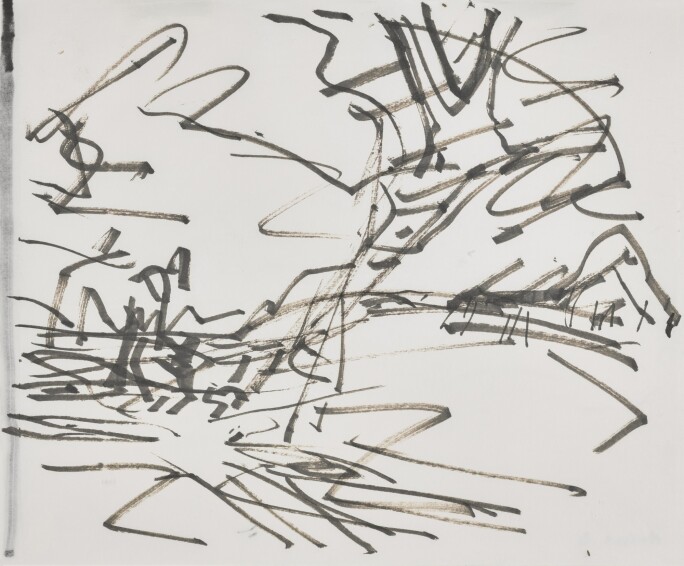 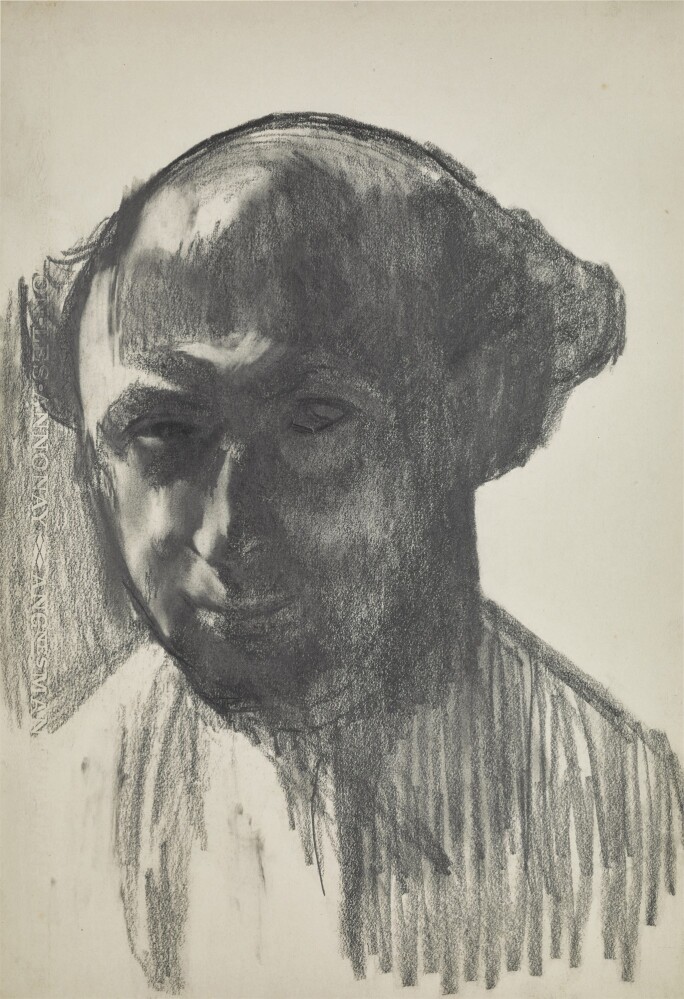