S otheby's Geneva is pleased to present an unparalleled selection of large diamonds and coloured gemstones for its upcoming Magnificent Jewels and Noble Jewels sale, including the largest Kashmir sapphire to ever appear at auction, combining great rarity and beauty with craftsmanship and design. 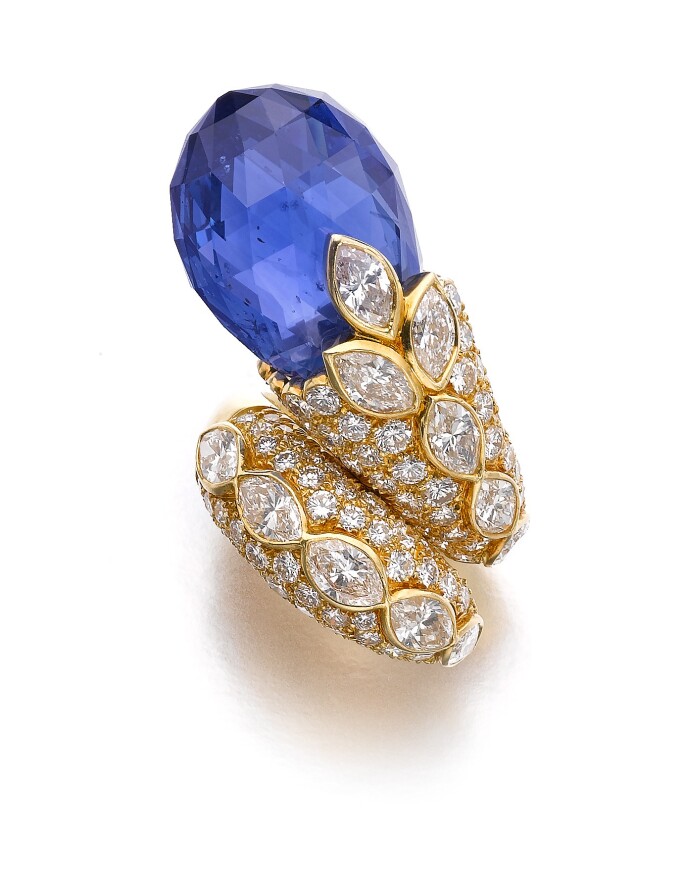 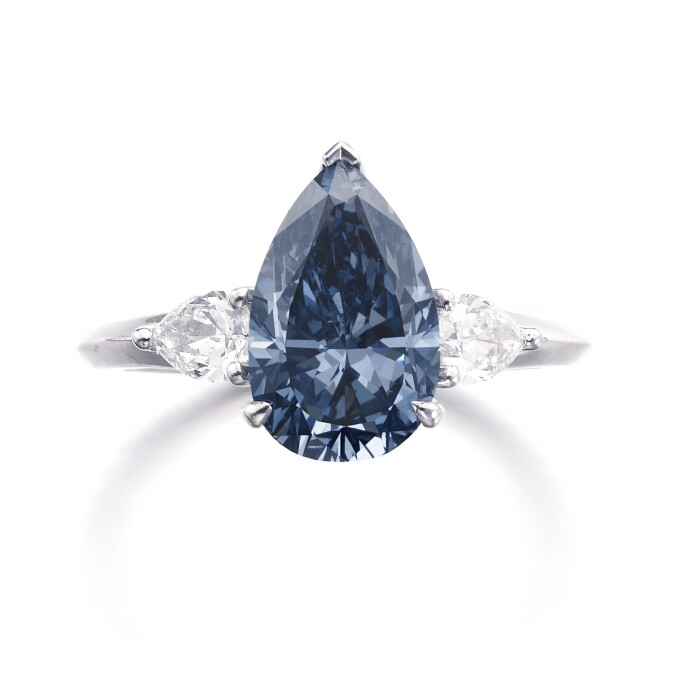 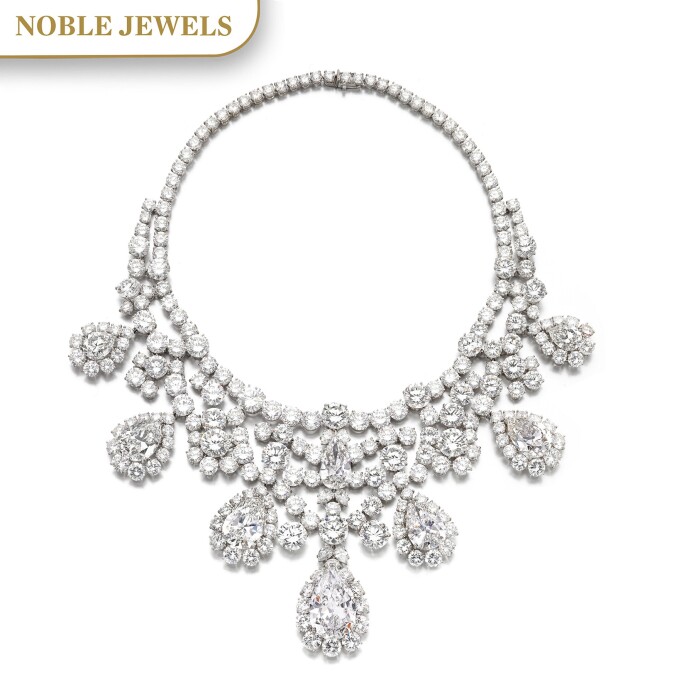 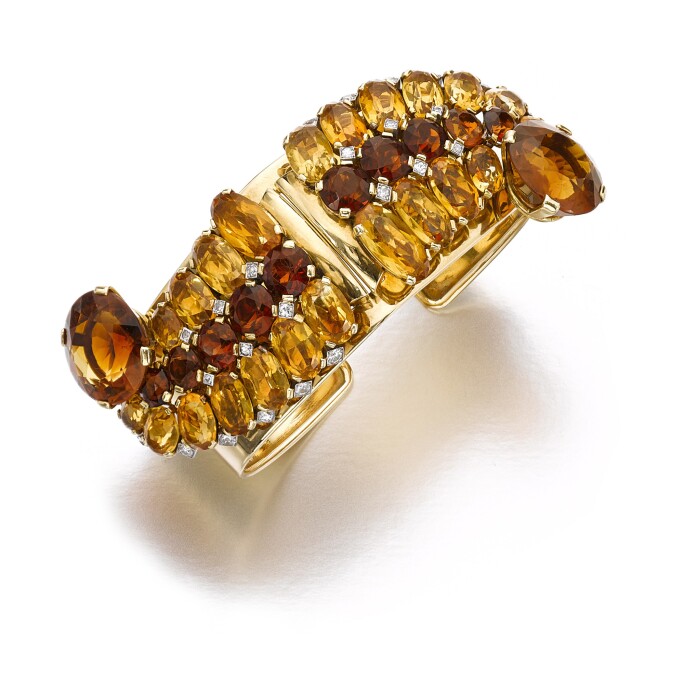 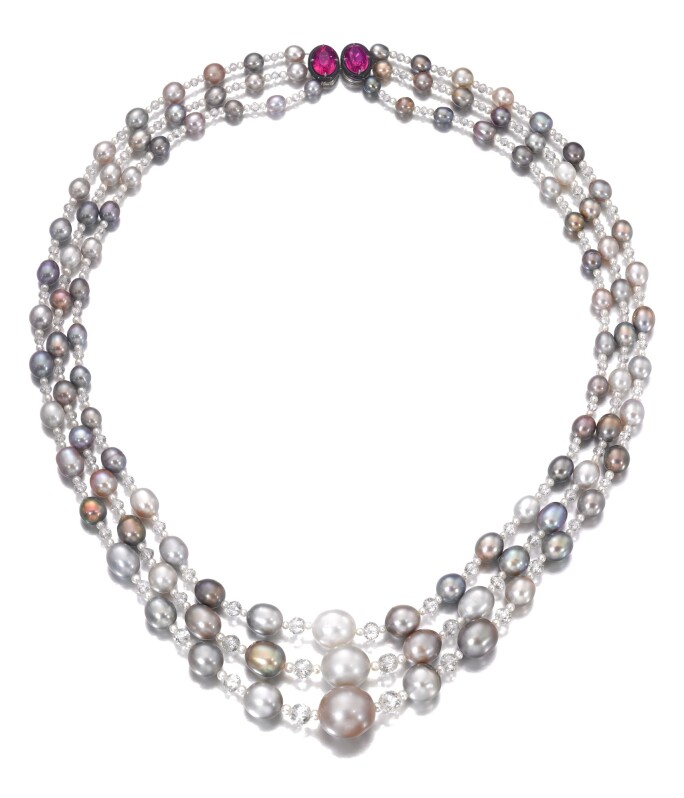 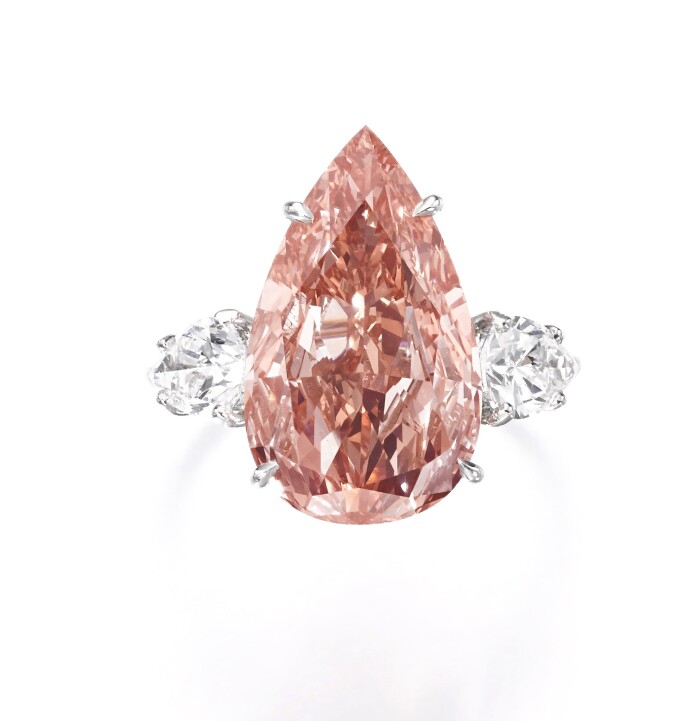 
Designed as a stylised ribbon, set with an oval and a cushion-shaped sapphire weighing 55.19 carats and 25.97 carats respectively, embellished with circular-cut and baguette diamonds.

Formerly in the collection of Maureen Constance Guinness, Marchioness of Dufferin And Ava, the two large sapphires were from a newly discovered deposit, which had been uncovered by a landslide in the Zanskar range of the north-western Himalayas in 1881.

In 1930, Basil Hamilton-Temple-Blackwood, 4th Marquess of Dufferin and Ava married Maureen Constance Guinness, granddaughter of the 1st Earl of Iveagh and an heiress of the Guinness brewing fortune. By family tradition, the sapphires mentioned in the inventory from Hariot Hamilton-Temple-Blackwood, Marchioness of Dufferin and Ava, were later mounted in the brooch by Cartier in the 1930s. The jewel has remained in the family and this is the first time it has appeared on the market.

“Kashmir sapphires of over 30 carats are a very rare occurrence, so the appearance of a gem of 55.19 carats - the largest ever to come at auction – is an important event. Hailing a distinguished provenance and set as a stunning brooch alongside another Kashmir sapphire, it will undoubtedly invoke much interest among collectors.”

Desired, rare and bewitching are only a few words to describe one of nature’s finest miracles – diamond and coloured gemstones of the utmost importance are presented in this unparallelled selection of stones.

Combining extreme rarity and beauty, these gems of exceptional size, upwards of 100 carats, illustrate a growing understanding of the scarcity and complexities of these incredibly large stones. Collectors increasingly appreciate them as phenomenally rare natural wonders, which are not only tangible assets with great intrinsic value, but also works of art in their own right, when set in masterful designs.

“The fascination for large gems goes back centuries. Shrouded in mystery and steeped in legend, these stones have been treasured by rulers, while also prized for their presumed magical powers, and even sometimes feared for being cursed. In recent years, by virtue of the market’s increasing connoisseurship, we have seen demand for these gems grow fast and far beyond the traditional pool of collectors. These new buyers are looking for different kinds of stones, and this is reflected in the great diversity of this season’s offering, which range from unmounted world-class diamonds and diamond-led jewellery, to pieces with noble provenance and signed jewels marrying colourful gemstones with the extraordinary craftsmanship of renowned houses, such as Cartier and Harry Winston.” 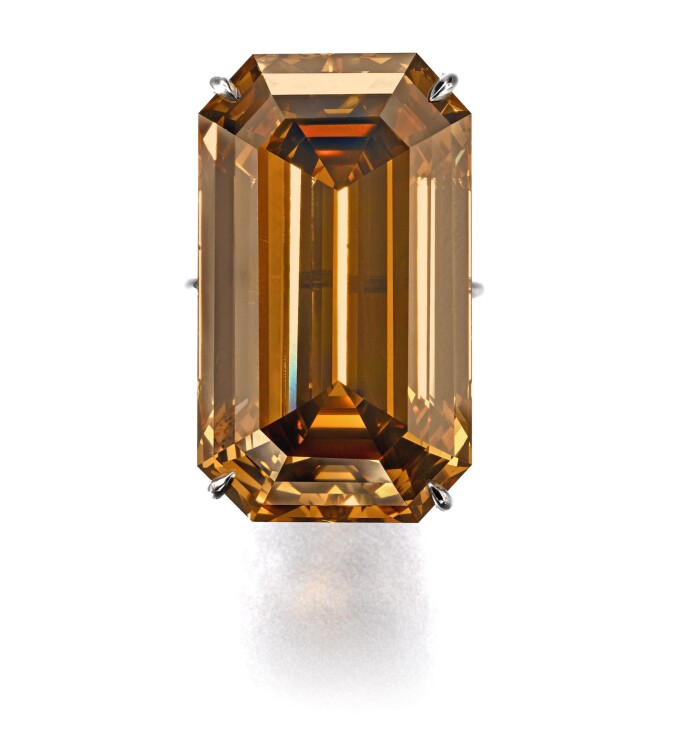 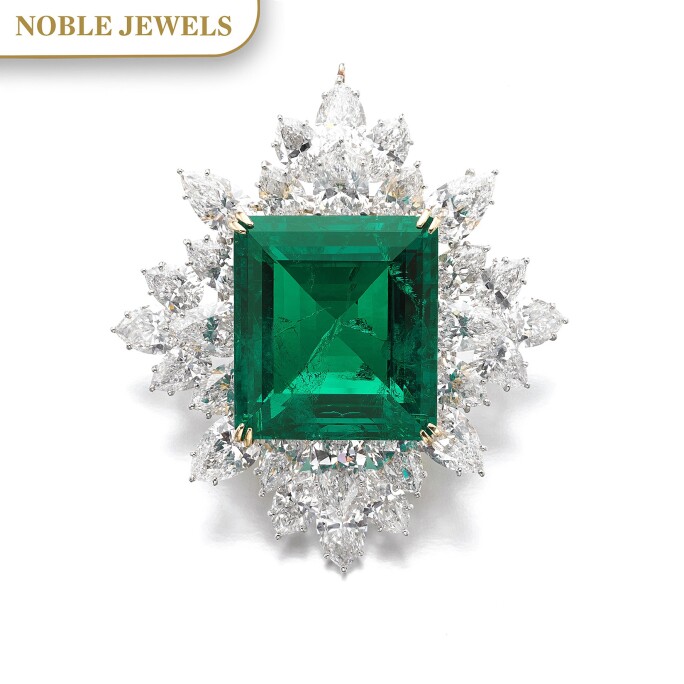 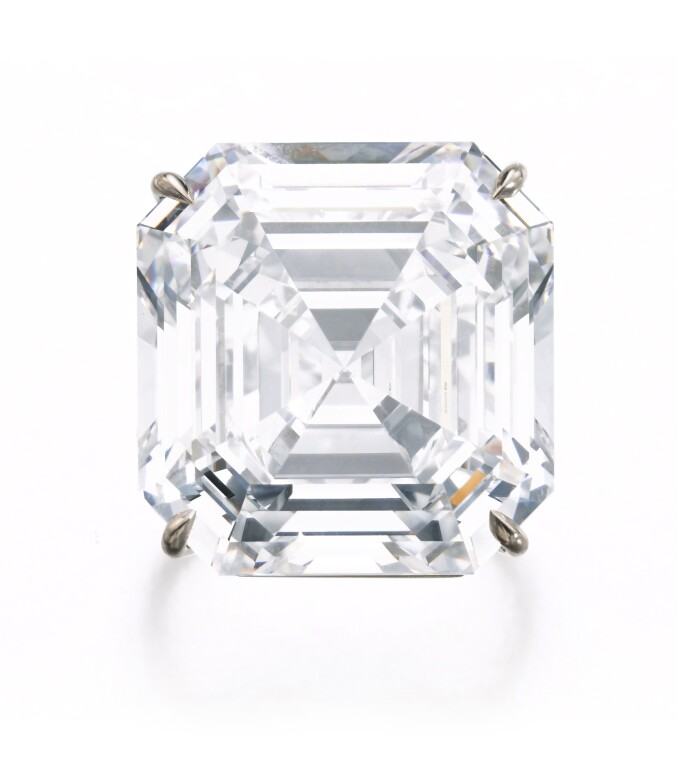 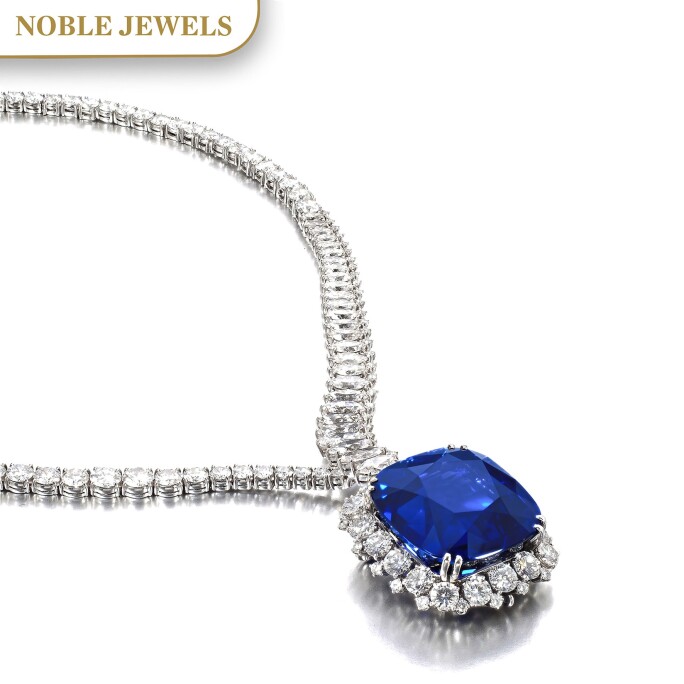 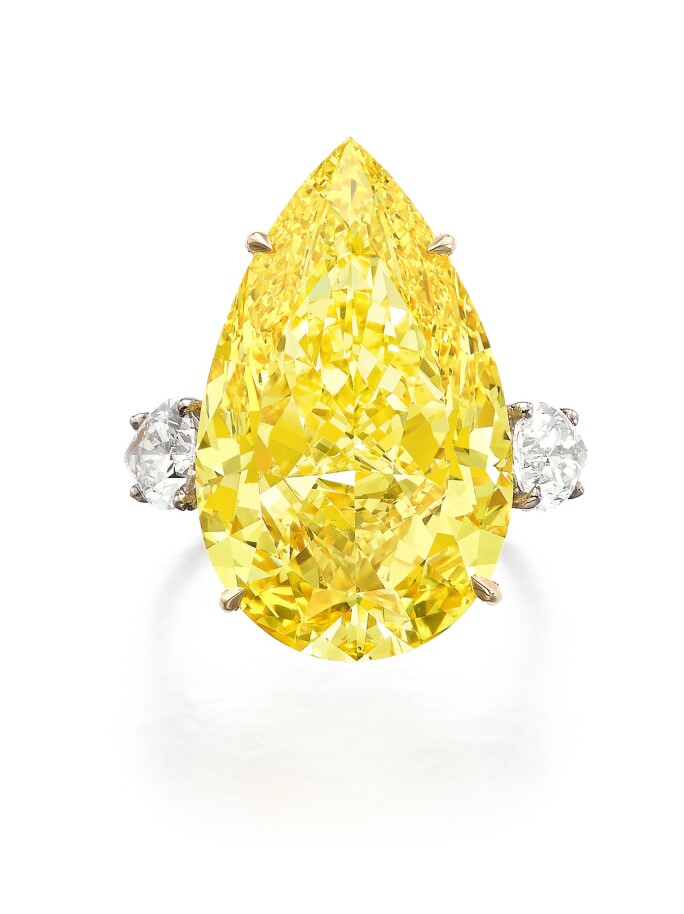 Magnificent and Historic Natural pearl and diamond tiara/necklace, Musy, second half of the 19th century

The Stunning Tiara from the House of Savoy

From the record-breaking Donnersmarck Tiara to Empress Eugenie’s natural pearl and diamond tiara, a tiara’s history illustrates not only provenance and family relationships but also the stones that adorn it. Royal tiaras play an enduring role in heritage.

One of the most important tiaras to appear at auction in recent years, this royal tiara dates to the second half of the 19th century. Steeped in the rich history of the House of Savoy, this tiara hails an extraordinary provenance. 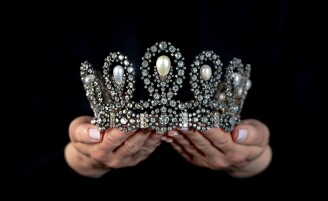 Jewelry
The Story of Tiaras: A History of Elegance

Wear the Tiara Online and Live a Royal Experience


Discover the Instagram filter to try on the tiara against the Italian palace, Palazzina di Caccia di Stupinigi in Turin – formerly a royal hunting lodge for the House of Savoy. Available on @Sothebys and @SothebysJewels.

Born in New York City, Harry Winston is today known as the ‘King of Diamonds’, a title awarded by Cosmopolitan magazine in 1947, due to his irreproachable sense of beauty and uniqueness in sourcing and fashioning gemstones. 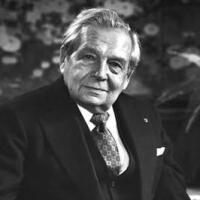 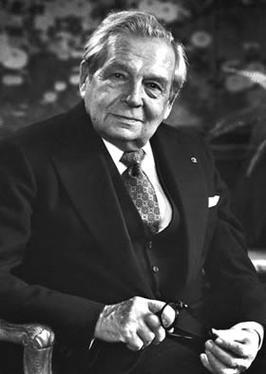 ‘Talk to me, Harry Winston, tell me all about it’

These beautiful and impressive gemstones offered at auction in the upcoming Magnificent Jewels and Noble Jewels sale are part of Harry Winston’s most valuable collectable pieces, carrying on his legacy. 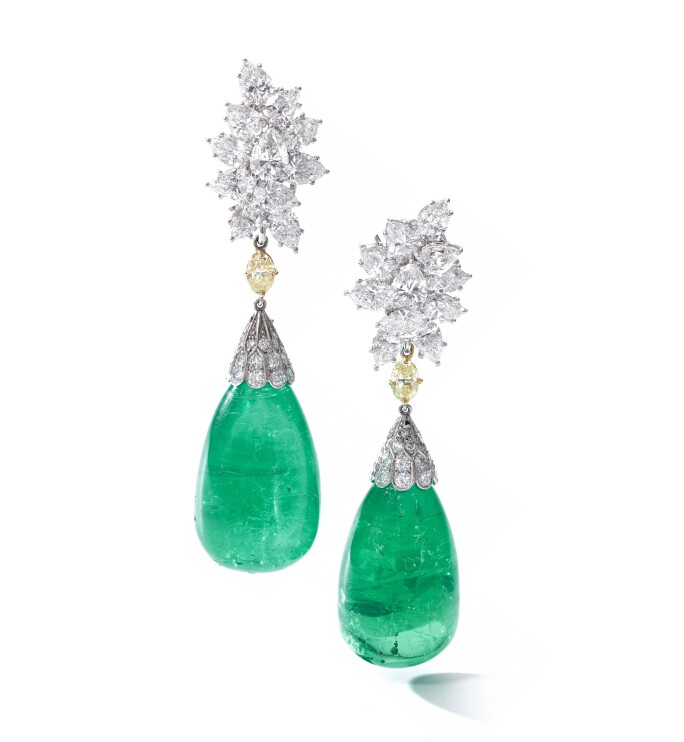 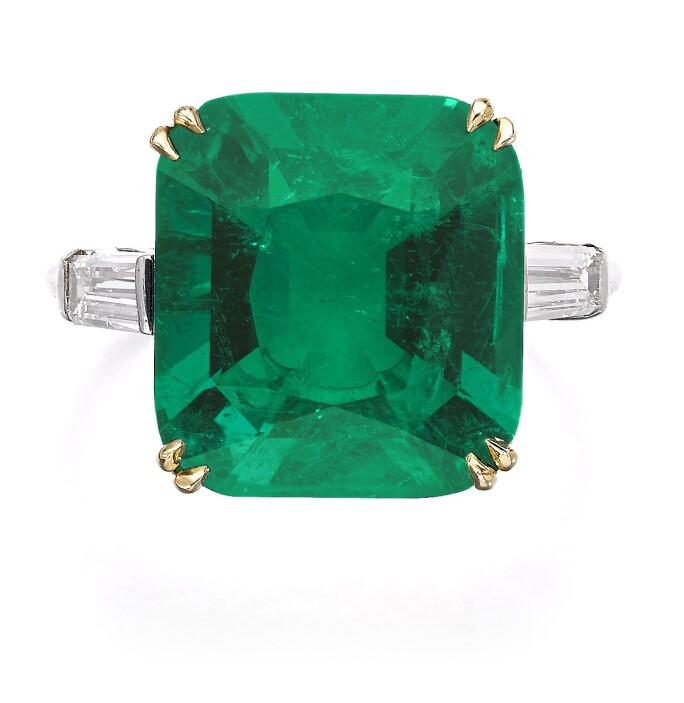 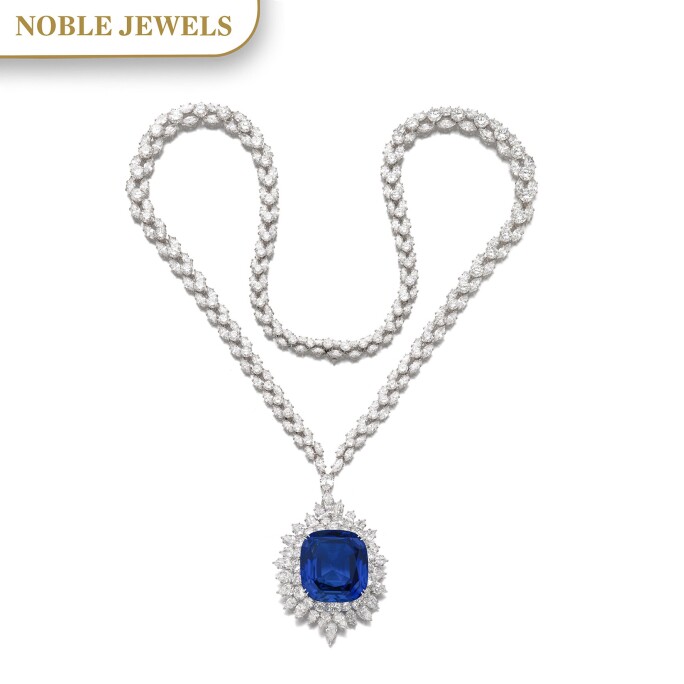 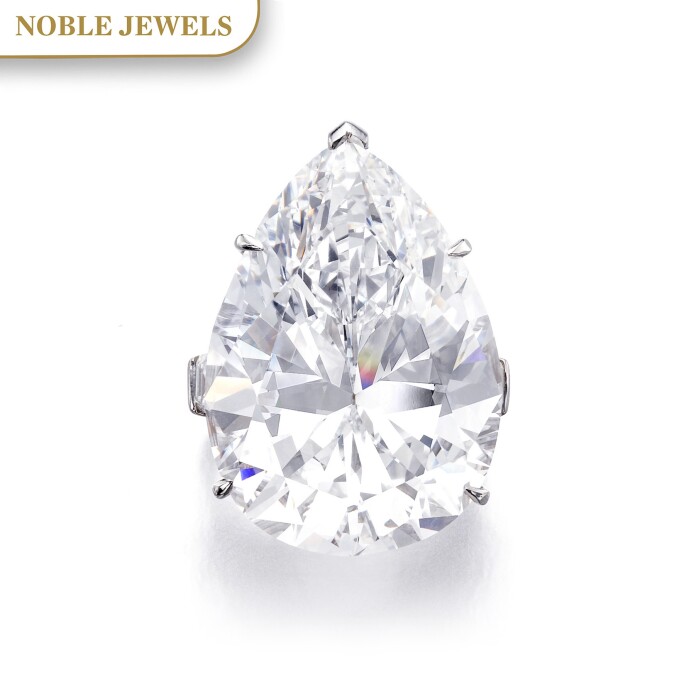 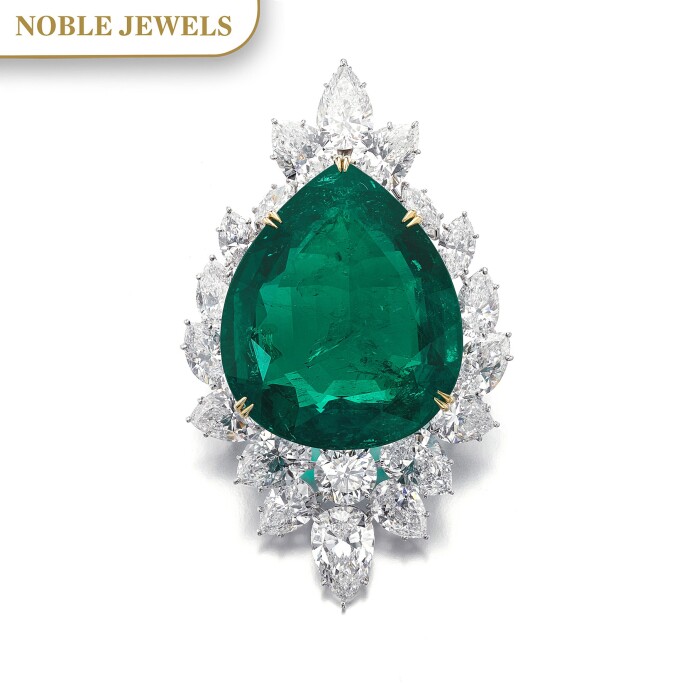 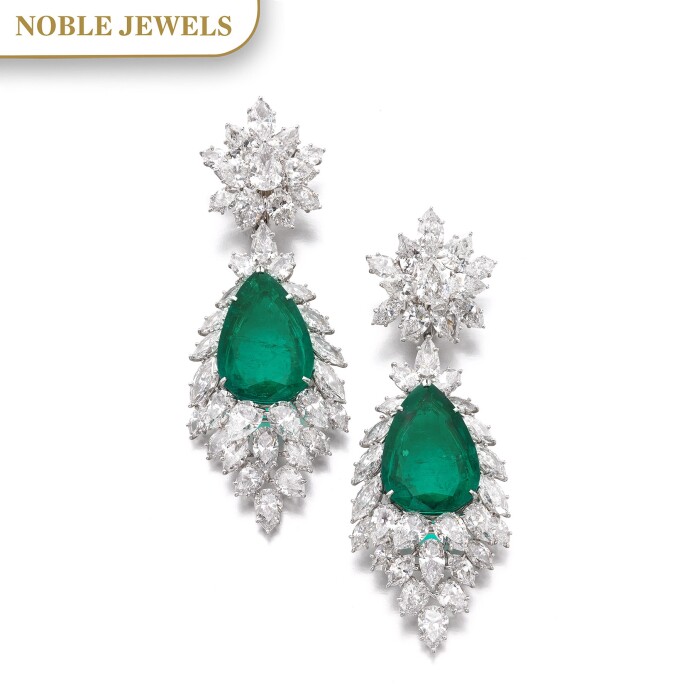 From the days of antiquity, royal and noble women have covered themselves with priceless jewels. These jewels embody beauty, glamour, romance and the allure of noble provenance. 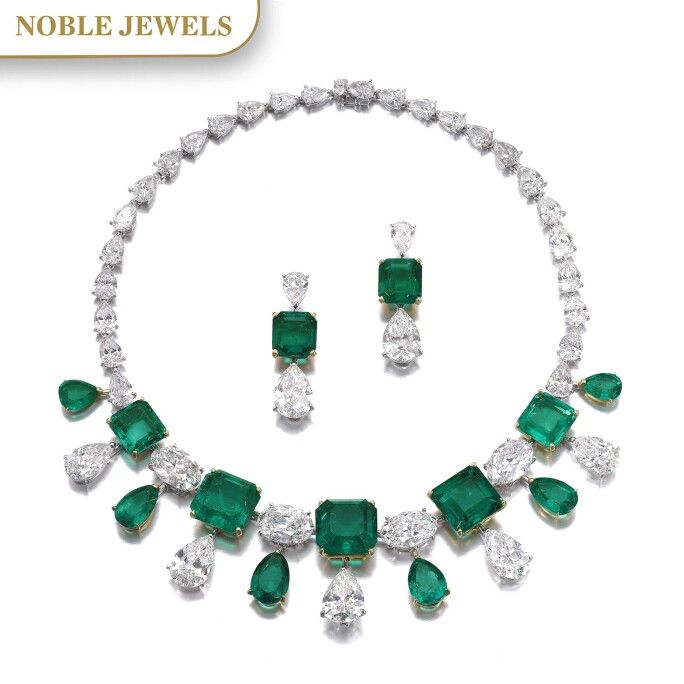 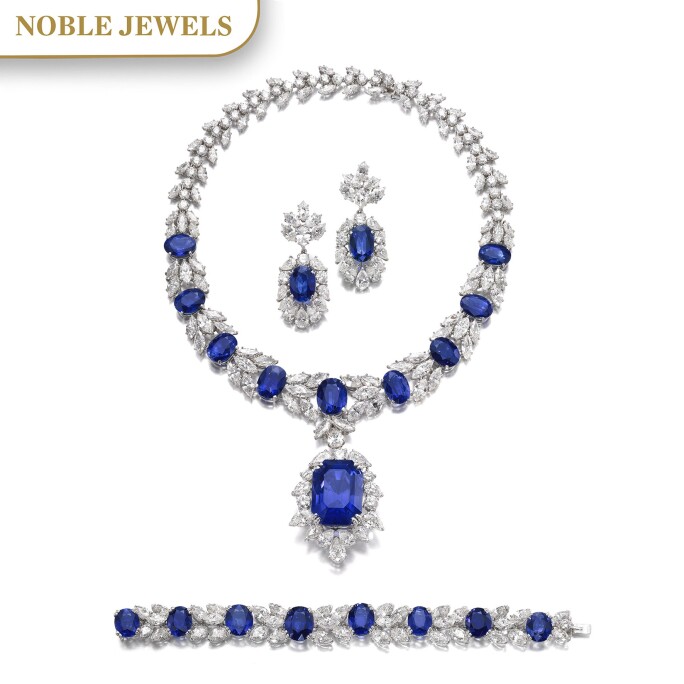 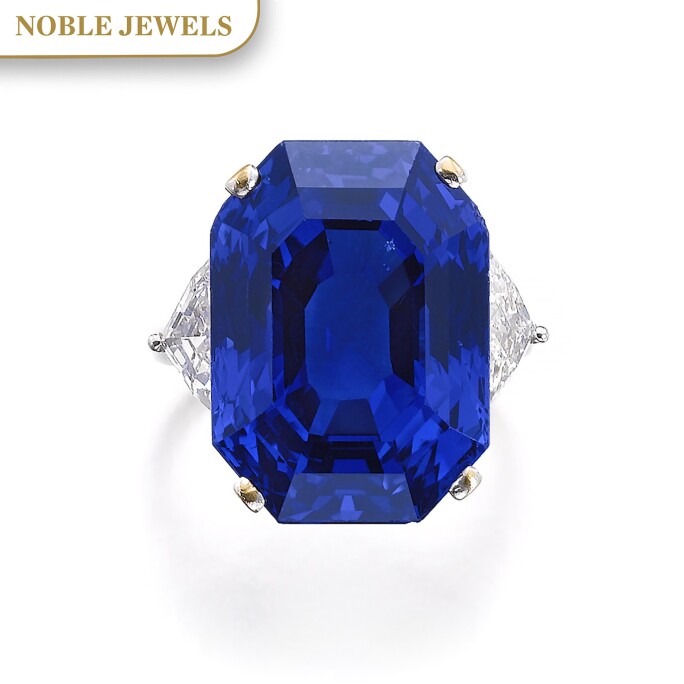 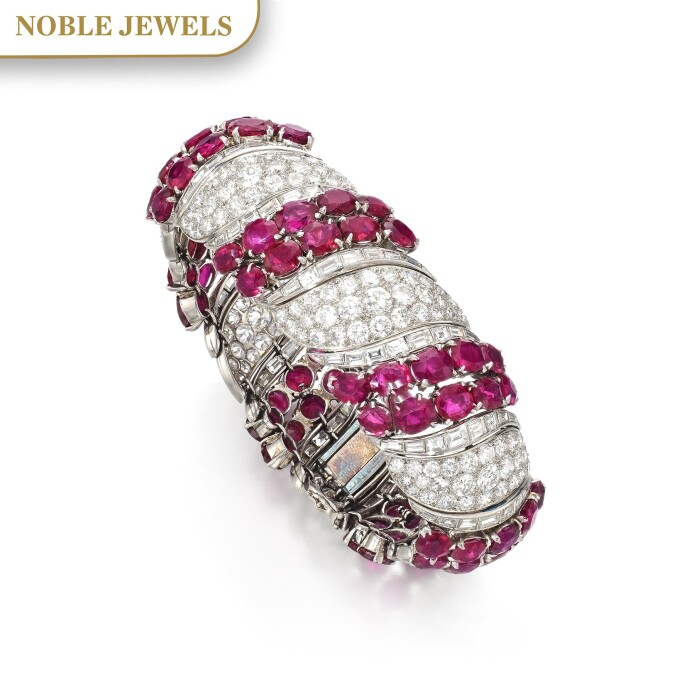 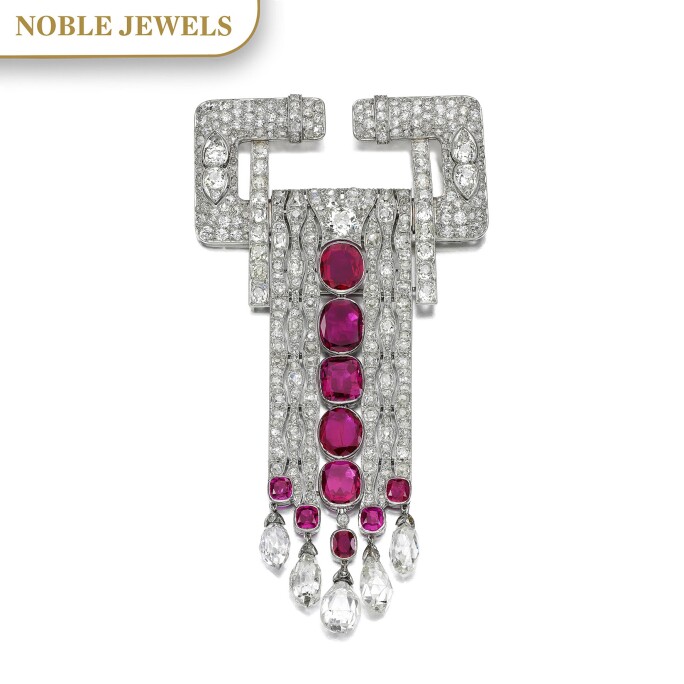 This double-headed eagle brooch is part of a centuries old tradition. Generally, we associate the typology of the double-headed eagle with phaleristics. However, some bejewelled examples evoke the heraldic of the owner, but they would still be considered as jewels, and not as an order.