S otheby’s Watches is excited to present a sale format like no other before in Geneva. This season we are offering two sessions of fantastic watches, one online and one live, in a single day of luxury sales that spans jewellery, cars and accessories. Highlighting the sales are highly complicated offerings from Audemars Piguet and Hublot, sports Rolex from vintage Daytona to Sea-Dwellers and Submariners, and a selection of world-famous independent brands such as Greuebel Forsey and F.P. Journe, including the Invention Piece 1 and a brass movement Resonance.

Cartier is synonymous with creativity. A Maison that is not simply quick to pick up on the latest trends but one that, quite frankly, leads the pack. This has been true essentially since the company’s conception in the late 19th century and, impressively, in the design of both its jewellery and it watch creations. The Cartier Crash perhaps exemplifies these attributes better than any other.

The Surreal Appeal of the Cartier Crash

The design of the Cartier Crash was first conceived in Cartier’s London boutique on Bond Street, a premises that to this day remains their flagship location in the United Kingdom. This location, more than any other in Cartier’s portfolio, would see the creation of the most stand out and innovative designs in their collection. This was due to the innovation of Jean-Jacque Cartier and the autonomy which his team of craftsman were gifted. It is understandable why the Crash was to some considered avant-garde upon its release in the late ‘60s but it is this that almost certainly contributed the most to its success, and as such it is a model that is still available today.

Although the Crash first appeared in 1960s its form significantly differed from all other watch designs of the decade. It doesn’t particularly embody any of the typical stylistic features of the decade and, in fact, one may go further to say that it doesn’t entirely embody the stylistic features of any decade. Perhaps this is where its appeal lies; its abstract nature is in a sense transcendent. It simultaneously fits and does not fit into aesthetic spheres and in so doing acquires a trait that the vast majority of designs never even veer close to: timelessness.

As a field, watchmaking, as with watch collecting, has in many ways always been focussed on innovation, on the next new thing; be it in accuracy, a new form of complication or purely design. It is this shared appreciation that has in turn led to the symbiotic relationship between collector and maker, specifically independent makers.

Independents also serve to cater for the collectors almost primal desire - to have a piece that few others, if any, can have. Independent makers are, in many ways, to watchmaking what Saville Row is to tailoring; they offer a bespoke and beautiful and very personal alternative to owning ‘just another watch’.

Of course, a watch as an item, is a personal one regardless of whether it comes off a production line of millions of pieces or a bench, for example, that produces just 10 or fewer a year. That said it cannot be disputed that knowing your watch belongs to a group of just a handful of others like it, and moreover, the opportunity to forge a relationship with those that created it certainly serves to elevate this feeling. 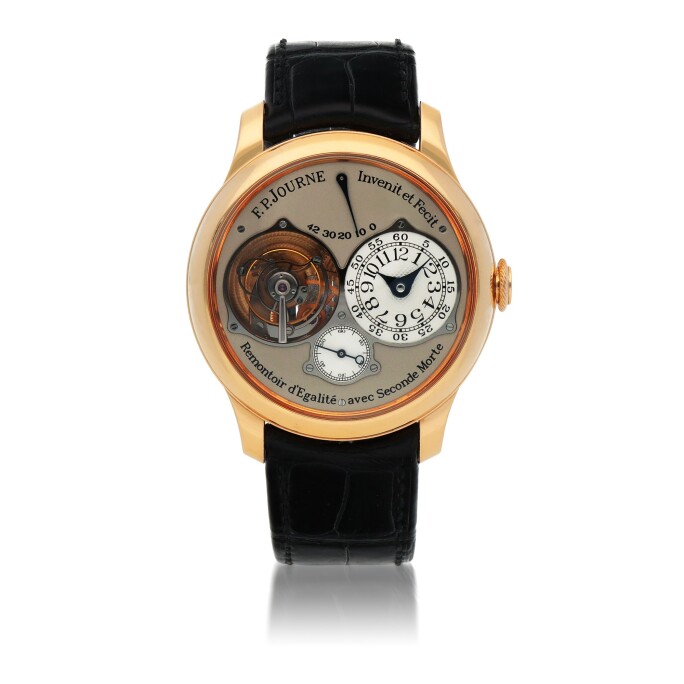 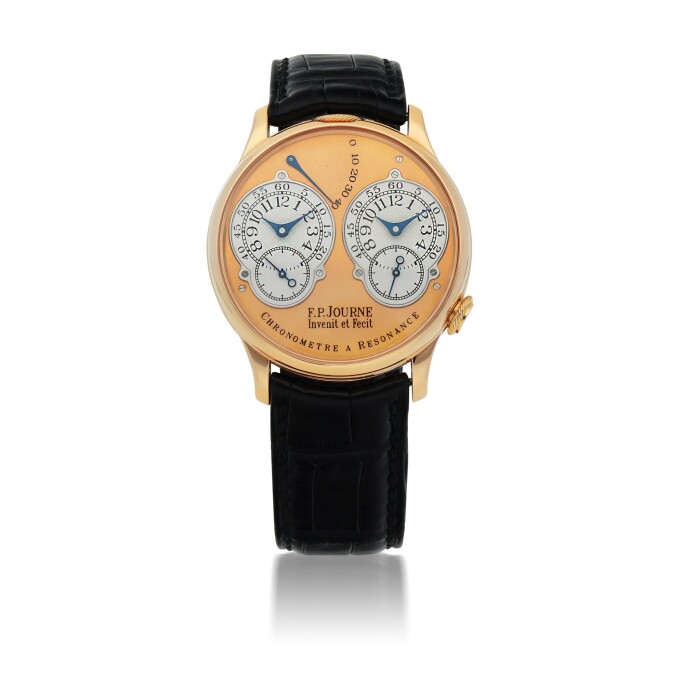 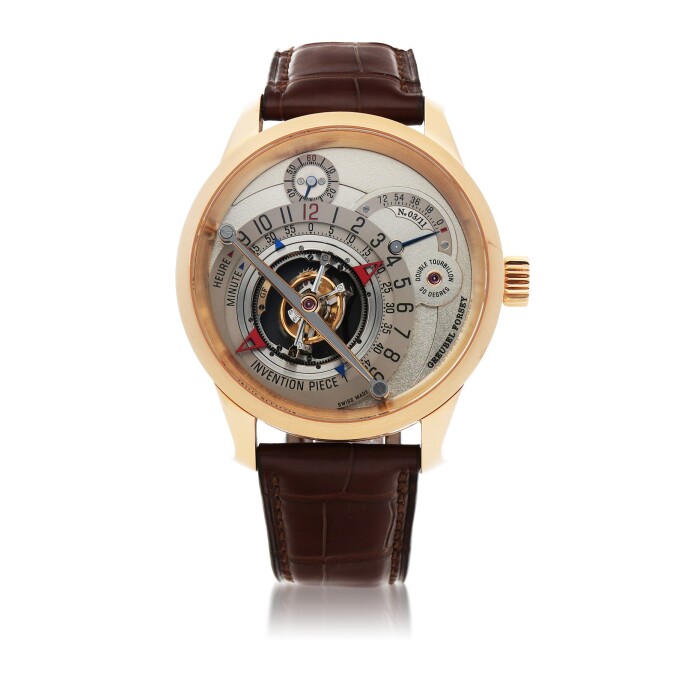 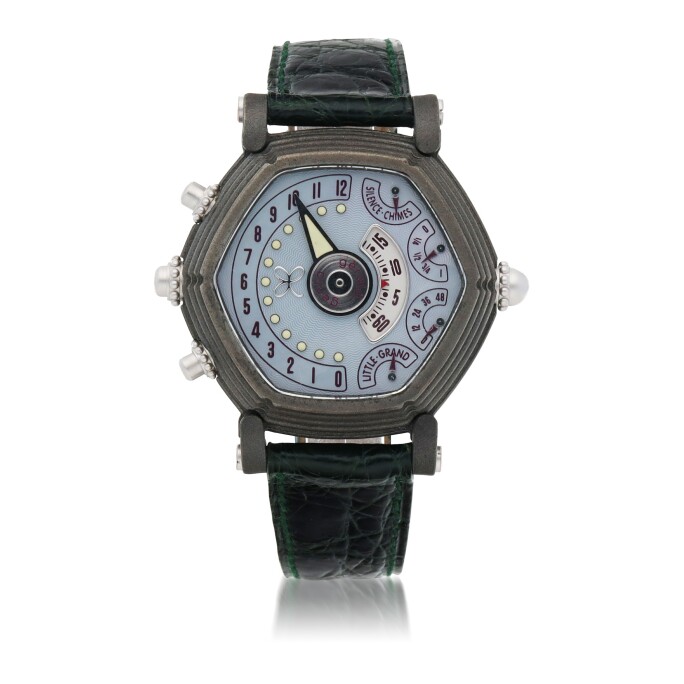 The most vital characteristic of a watch is, of course, that it has to tell the time accurately. But design has increasingly become almost as important as functionality. For decades, watches have moved on aesthetically as much as mechanically, evolving from necessity to accessory. And even as the modern world has somewhat diminished the need for a wristwatch, innovation and variety in design – balancing utility with beauty – has ensured they remain relevant, and inspired passion and intrigue in collectors.

Developed during the quartz crisis, which strongly hit Swiss watch-making in the late 1960s and beginning of the 1970s, the Royal Oak revolutionised the industry and created a new category: 'stainless steel sports watches'. The novelty, designed by Gérald Genta, coincided with the fashion for less ostentatious watches, as preferences shifted towards understatement and quality. The Royal Oak was an all-purpose watch – a playful and slight audacious choice, a watch that was just at home under the cuff of a denim jacket as it was the cuff of a dinner jacket.

Its popularity today is a testament to the timelessness of its design and the innovation and genius of its creator, Gerald Genta.

Almost in contrast to the simplicity of the design the Royal Oak has seen many iterations, some including significant complications. This sale features a selection of these from simple time only examples to perpetual calendars, tourbillon and grande complications. 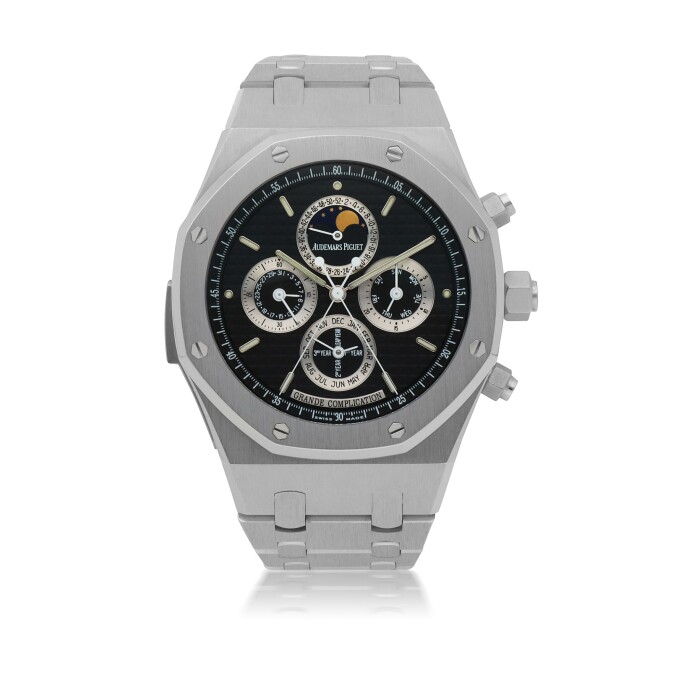 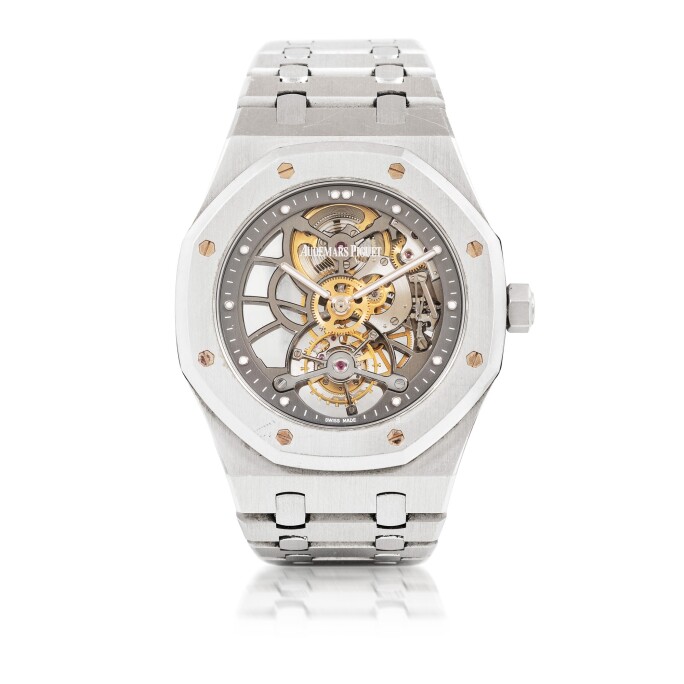 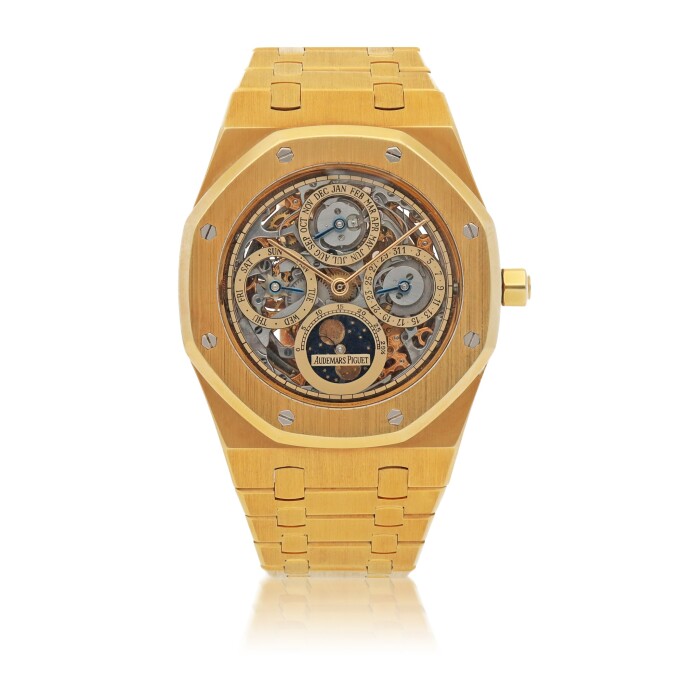 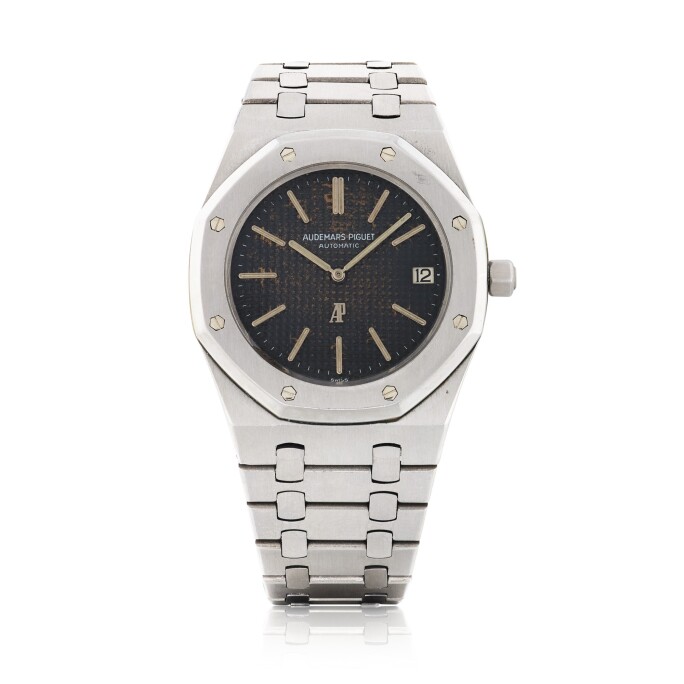 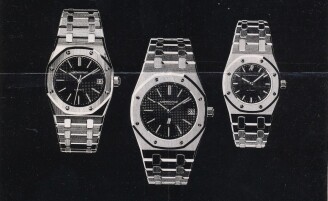 The effect of the quartz crisis continued to affect the industry and the Patek Philippe Nautilus was launched in 1976. Created by Gérald Genta, the iconic porthole-inspired design endured the crisis and is still extremely popular today. The first Nautilus reference was the 3700, of which this lot is a fine example, and was produced until 1998, though steel versions were only made until 1986/1987. Boasting a large case for the time period, the nickname 'Jumbo' was adopted by collectors and has stuck ever since. The 3700 is quite rightly considered one of the most iconic sports watches of all time.

This particular example is distinguished by its 18k yellow gold case making it the ultimate expression of sports luxury. Further to this however it features and incredibly rare double signed dial. In this case ‘Gubelin’ denoting the original retailer. 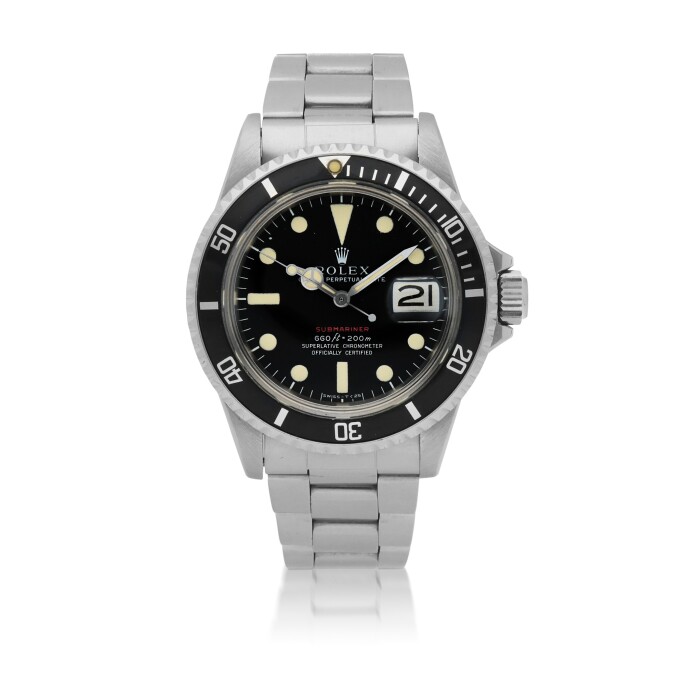 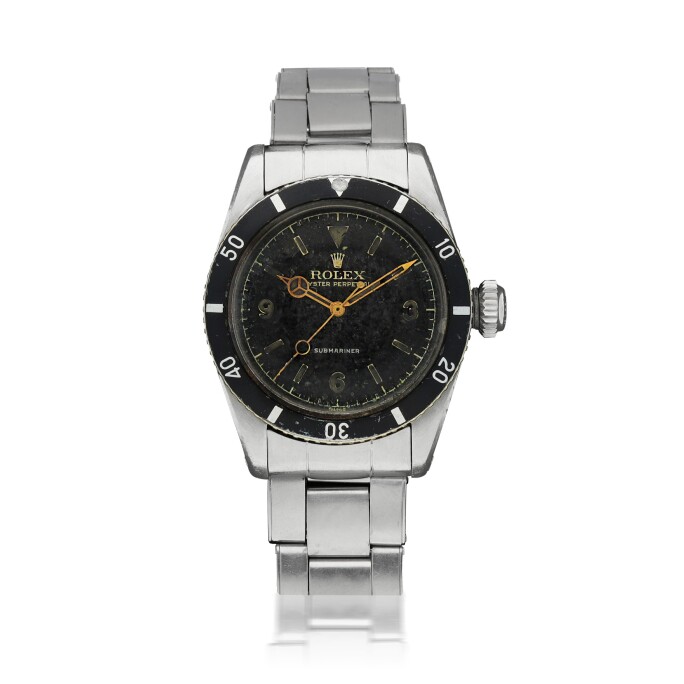 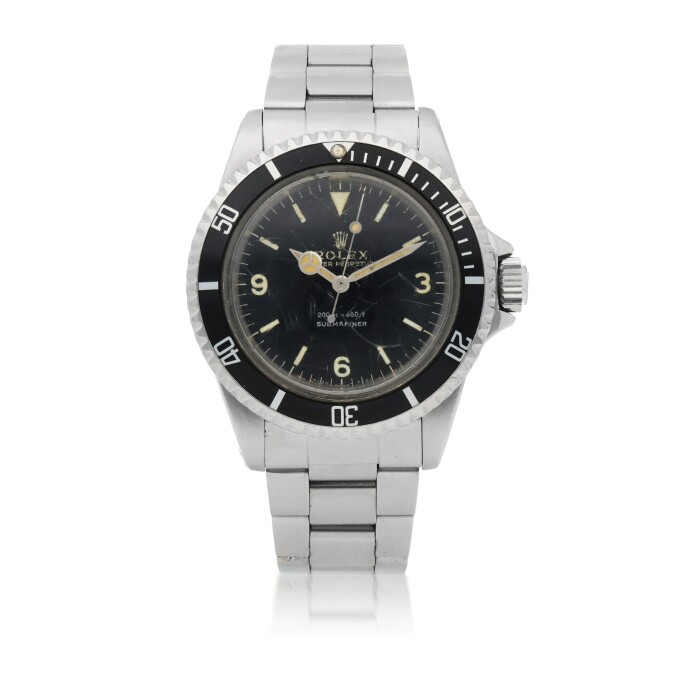 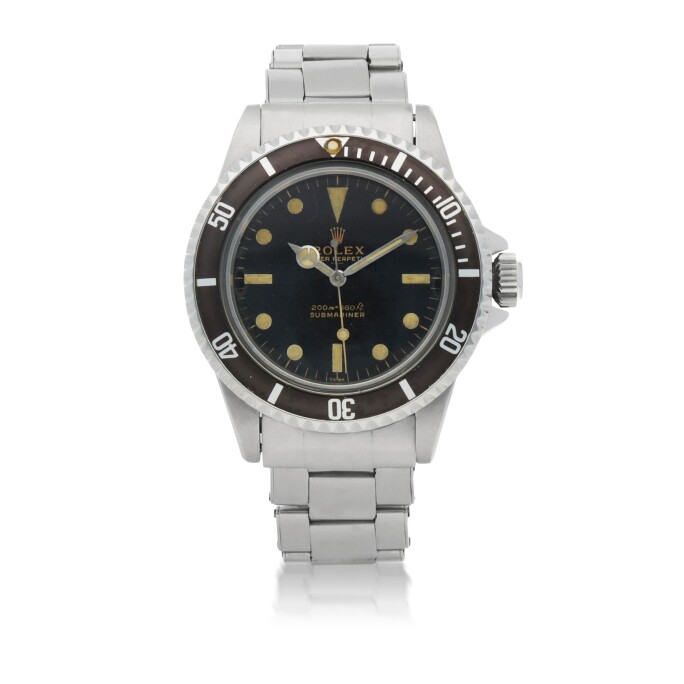 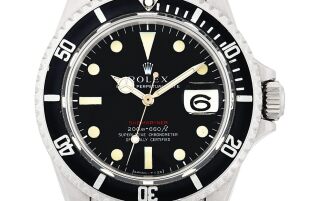 Why Every Watch Collection Needs a Chronograph

The concept of the chronograph is one deeply rooted in history. The need to time events, be they sporting, domestic or during wartime has been and always will be a necessity, and the ability to do so quickly and accurately an area of constant development.

While the first chronograph watch is credited to Louis Moinet in 1816, the recognition of its necessity, and indeed the evolution of the complication itself can be found before this.

One example, start/stop slides, a feature that allows the user to start and stop the seconds hand, can be found on watches as far back as the 17th Century. An early example being a watch by Charles Goode made between 1690 and 1695 and shown above. The 18th Century saw further progress where the accuracy of such mechanisms undoubtedly increased. Indeed, Admiral Nelson’s Josiah Emery chronometer (1787) was fitted with such a slide, and he is quoted as using this to time the production of medals during a factory visit. This watch he wore at the Battle of Trafalgar where it may be safe to assume this same feature was used to time the events of that Battle.

In the 19th Century of course, following Louis Moinet’s invention, the inking chronograph was introduced by Frederick Fatton which quickly found a use in the field of horse racing. This, racing, is ultimately where the chronograph would feel most at home and the pastime remains synonymous with the complication to this day. This led to the concept of timing two event simultaneously, one that Breguet himself experimented with in the 1820s and 30s; a train of thought that would in turn lead to the development of the split-second complication, or rattrapante. Split second work gained prominence in the latter half of the century with work being found as early as the 1840s, for example in a watch by Achille-Hubert Benoit pictured below. Another significant development was realised in 1844 when Adolphe Nicole patented a mechanism that allowed a hand to return to zero, one of the most fundamental but often overlooked features of a chronograph watch.

Where the 19th Century saw the chronograph reach new heights of complexity and accuracy, the 20th century saw significant developments too, specifically in their design and utility. The chronograph was to enjoy the golden age of flight, automobiles, space travel and tragically, though importantly, war.


While watches were increasingly worn on the wrist, so too were watchmakers working to miniaturise and design pieces to accommodate this new trend and the specialists who required them – the first wrist chronographs appeared at very beginning of the 1900s. The century can, quite rightly, be heralded as one that has produced the most renowned chronographs known today. The Rolex Daytona, the Omega Speedmaster, the Patek Philippe 1463, the Heuer Monaco and Universal Geneve Compax to name but a very few.

Ultimately the chronograph is a rather romantic complication. The history alone is enough to satisfy and appeal to the collector though it goes a little further. It obliges the user to interact with their watch more intimately than one achieves with a simple glance at the time. It grants the user, in effect, a control of time, a purpose, and a more personal connection not just to watch, but to the world around us. 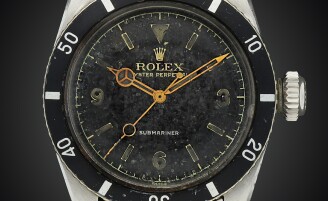