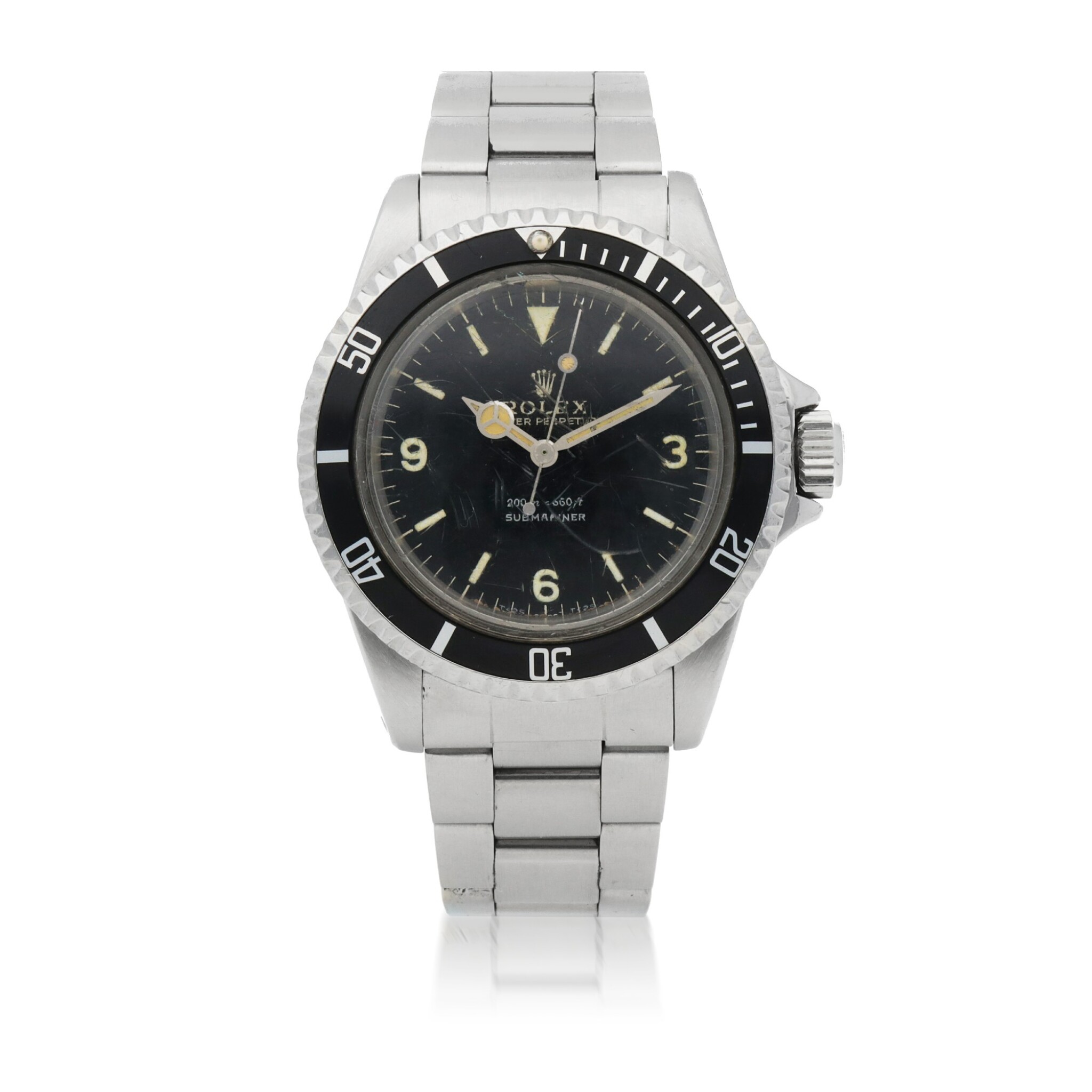 Since the introduction of the Submariner in 1953, it has not only paved the way for how dive watches should be but has also defined how a sport watch should be. Over the years, the model has been worn by countless celebrities, sports legends and many noteworthy people that one can name. Among all Submariner references, the reference 5513 had the longest production years from 1962 to 1982, and for this reason, it had gained a prominent status among the Rolex society. However, even for the same reference, in the complex world of Vintage Rolex the smallest variance can make an enormous difference to the collectability of a watch.

The present watch is a very desirable example of the reference 5513 as it has an extremely rare 3-6-9 'explorer' dial that was only fitted to a small fraction of early Submariners.

Produced in very low numbers with examples mainly found in the UK, the Explorer dials testify the quest of improvement from Rolex. As such, they reflect the evolution of the luminescent materials used: first radium then tritium. This lot is equipped with tritium indexes and hands. What is further interesting on this example is the layout and particularly the tritium signature that differs from the other examples that have appeared on the market in the last decade at least. Indeed, it has a non underline long tritium signature with the "T<25" repeated on each side of the Swiss.

This example is completely fresh to the market, having been kept in private hands since its original purchase. It represents a wonderful opportunity to acquire a very special and full of character example of one of the greatest watch models of all time.