S panning almost half a millennium, Sotheby’s auction Furniture, Clocks & Works of Art is a celebration of craftsmanship and patronage, bringing together an eclectic mix of English and European furniture, tapestries, rugs, clocks, paintings and other works of art from the reign of Henry VIII right up to the 20th century.

Bidding opens on 7 May and closes on 18 May. An exhibition of highlights will take place at our New Bond Street gallery in London from 14 to 18 May. 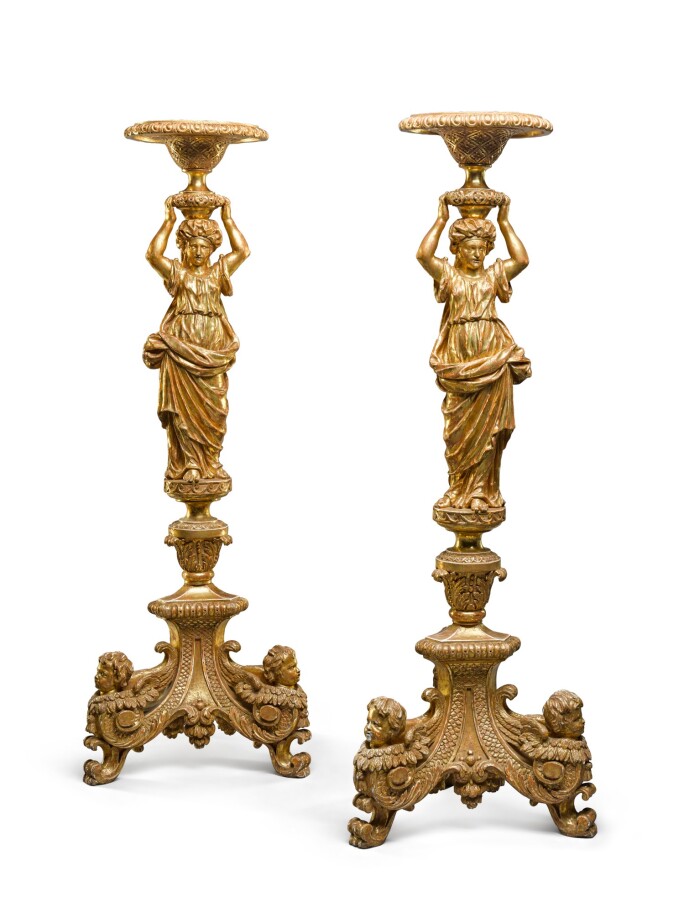 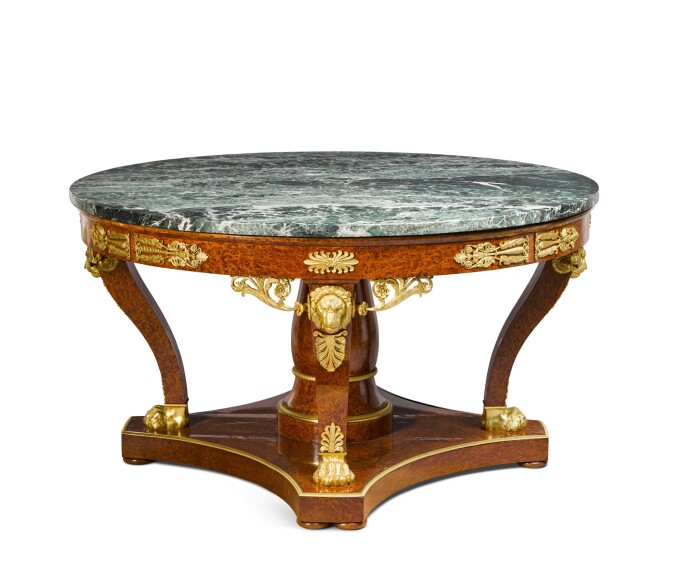 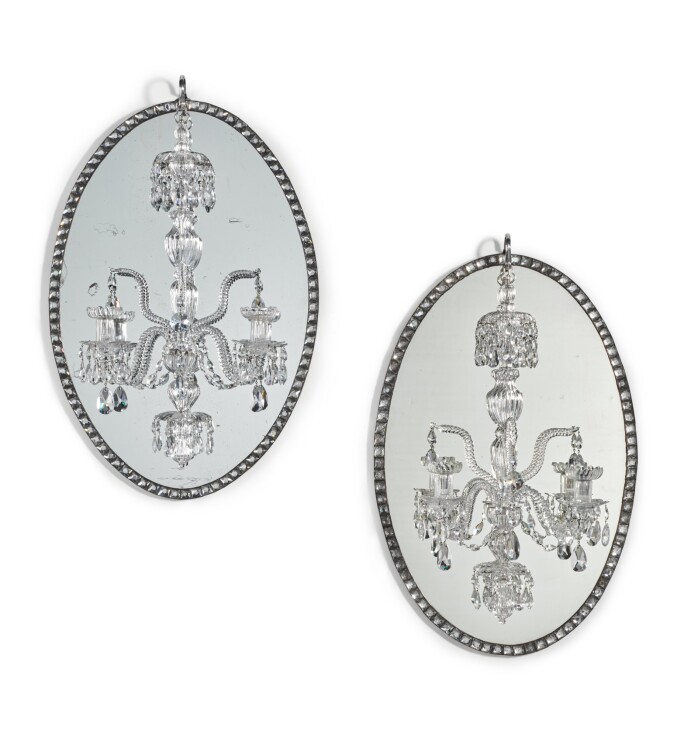 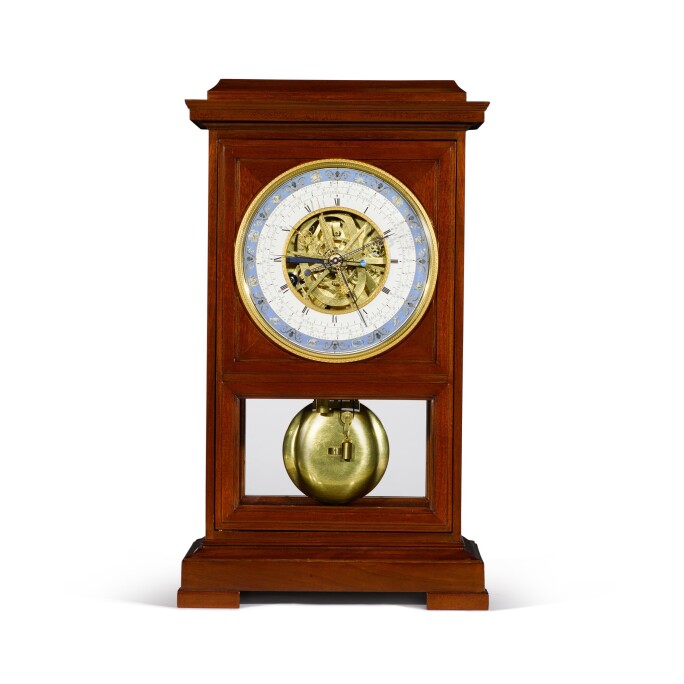 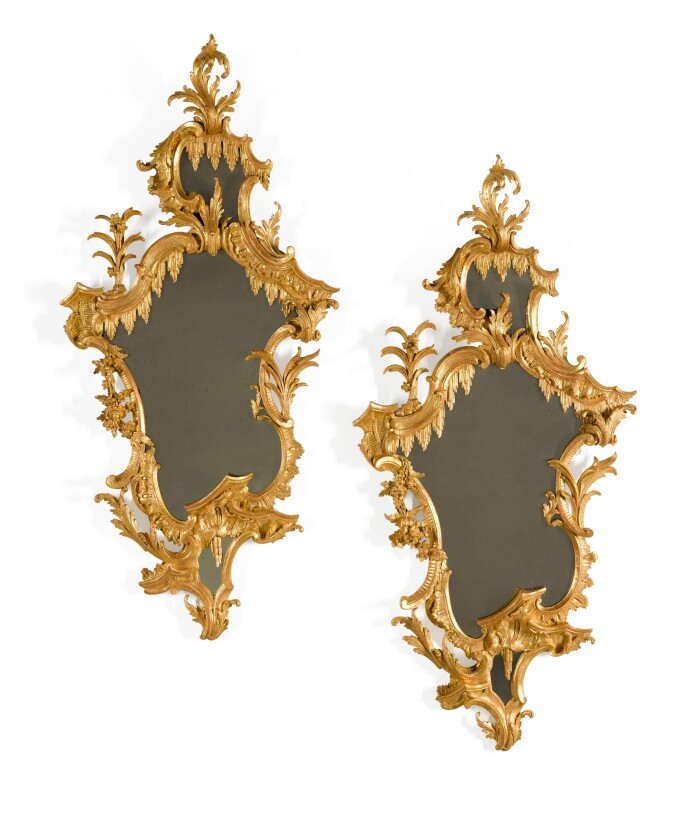 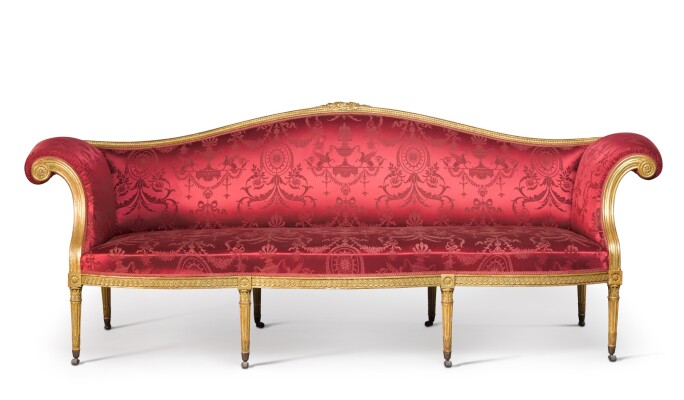 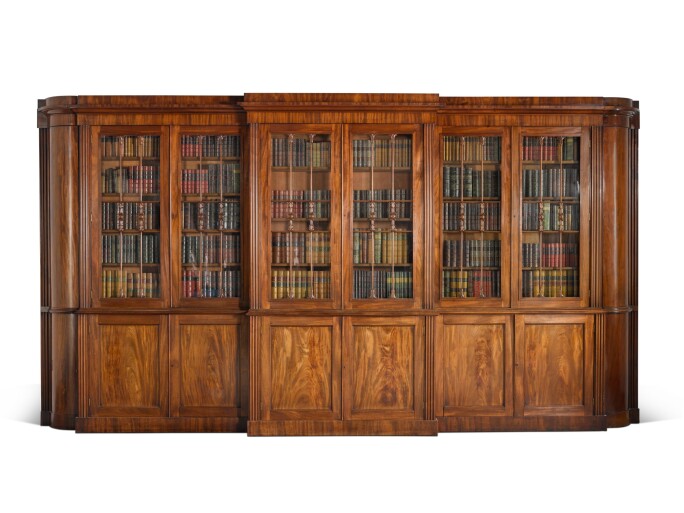 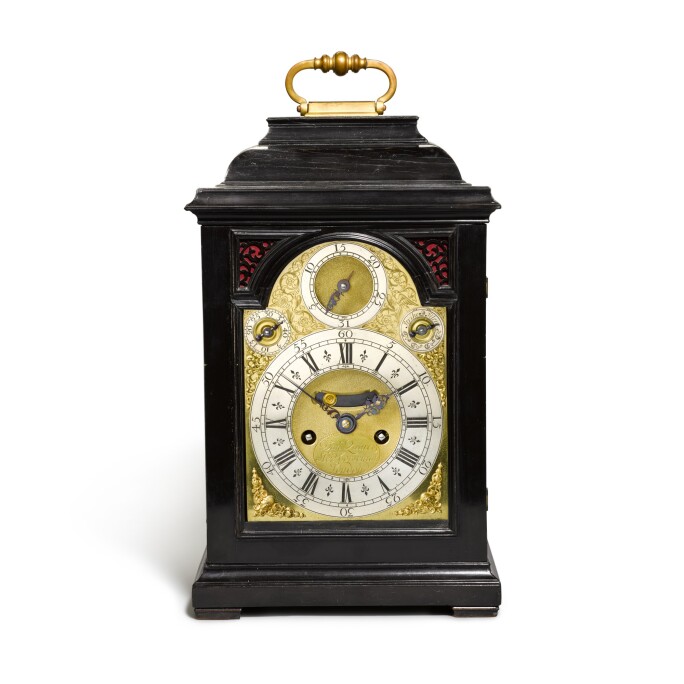 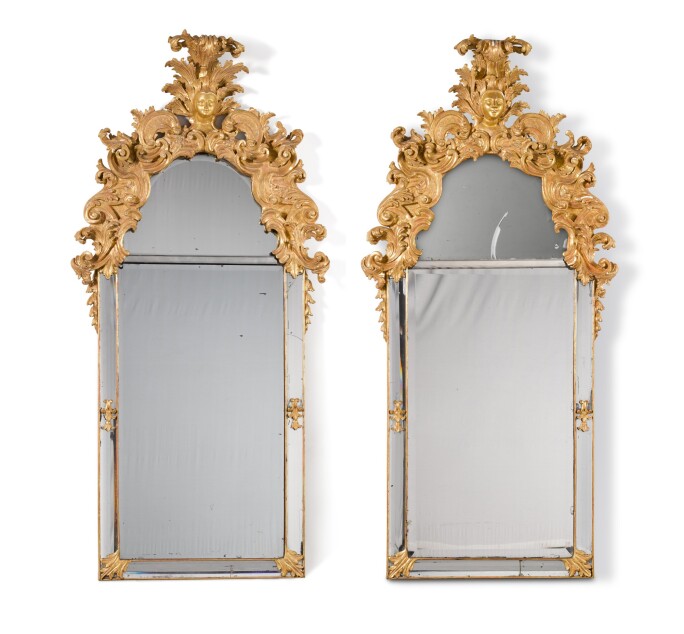 No material better exemplifies the British Isles than oak. The mighty oak is an indefatigable symbol of Britishness, the literal ‘Heart’ of a nation. It has provided planks for sanctuary, beams for worship, tools for trade and ships for her seas, amongst other things which have ensured the blood of the country has coursed over millennia.

The incredibly rare English chest illustrated here is a further expression of all these sentiments. If only it could tell the tales of its history. All we have now are ghosts manifested through a built-up lustrous surface, evidence of 1,000 hands over 500 years. We don’t just glimpse its owners through this glorious patina, but also a sense of those who made it. Incised scribe marks survive, guides for the carvers to create the wonderful tracery that marches boldly across its front, geometric flourishes inspired by the great Gothic buildings these craftsman would have seen around them. Traces of reddish paint hint at a colourful past, a bright vessel for precious objects perhaps? Images of gold, silver and valuable textiles stowed safely are conjured. The thick oak planks and iron lock suggest it had to be secure and reminds us that this was a functional item too. Beautiful and practical.

The purity and honesty of this chest, the movement and gradual warping of its planks, make it a truly sculptural form, providing the perfect stage for a work by the British artist Sir Terry Frost.

Red, Black and White, is one of a series of paintings that Frost produced from 1957 onwards with this trio of colours as the primary motif, and is an exceptional example of the artist’s abstraction of the mid-to-late-1950s. Inspired by the first British exhibition of the New York School of Abstract Expressionism held at the Tate in 1956, Frost’s work is also rooted in the English countryside. Much like the chest it hangs above, the piece is profoundly influenced by its creator's surroundings. In 1957 Frost was teaching at Leeds College of Art and living in Yorkshire, where he had a visceral reaction to the broad spaces of the Yorkshire Dales. This openness, as opposed to the interlocking forms associated with his St Ives paintings, is palpable. The expansiveness of this northern landscape is evoked through the long black vertical lines that cross the work, interspersed with fine red and sky-blue strokes most likely derived from the patterns of stone walls running along hillside fields and the rays of sunlight as they coincide. Like the translation of Gothic tracery seen through the incised and chip carved detail on what sits below.

The chest, like the vernacular pieces of English furniture at Kettles Yard in Cambridge and those at the Henry Moore Foundation in Hertfordshire, provides a rich contrast to the ‘new’. These historic, abstract forms seem ideal for their current environments, and perhaps perfect for the collector of 20th-century British art too.

The sale includes a wide range of lighting conceived for the candlelit interiors of the 18th and 19th centuries. From grand cascading cut-glass chandeliers and finely chased gilt-bronze wall-lights, to silvered neo-Gothic lanterns and refined jasperware candelabrum, these exquisite objects will provide a magnificent focal point for any room. 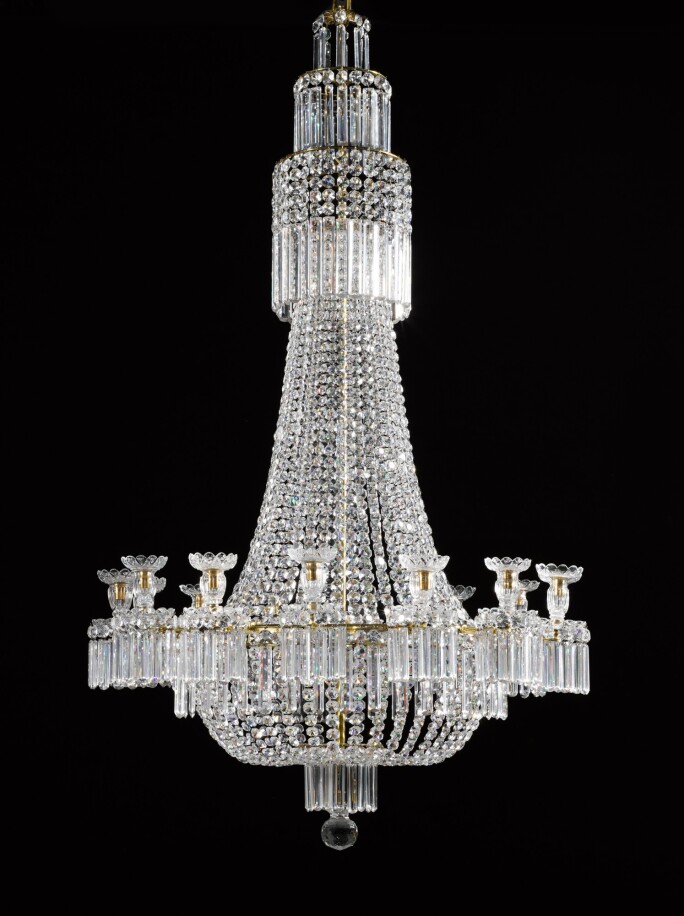 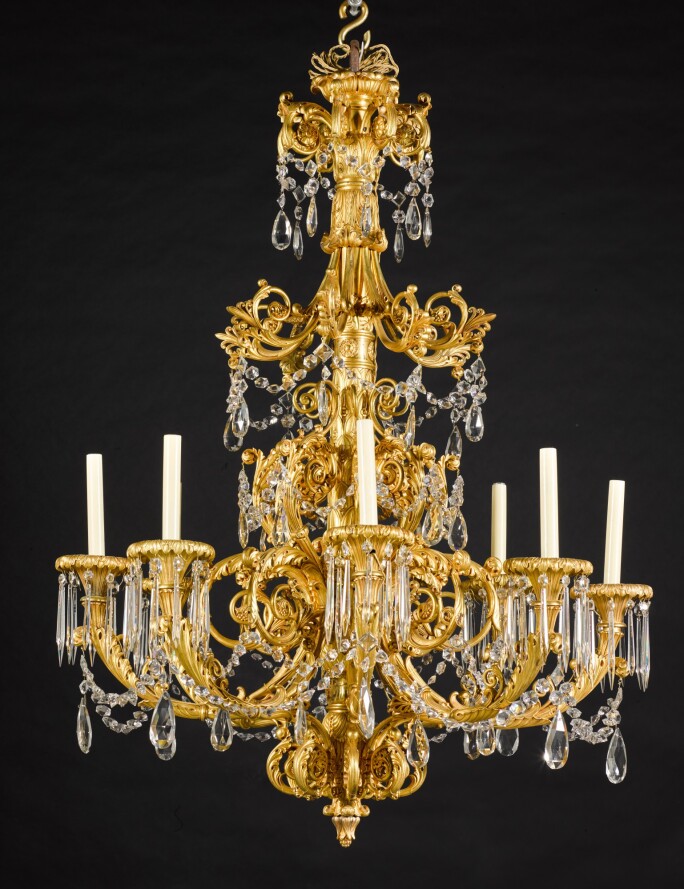 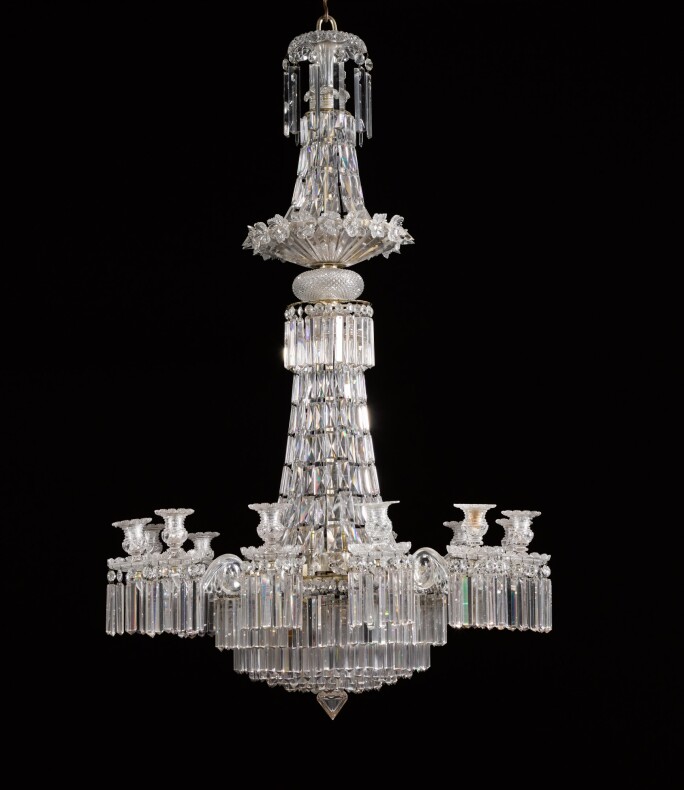 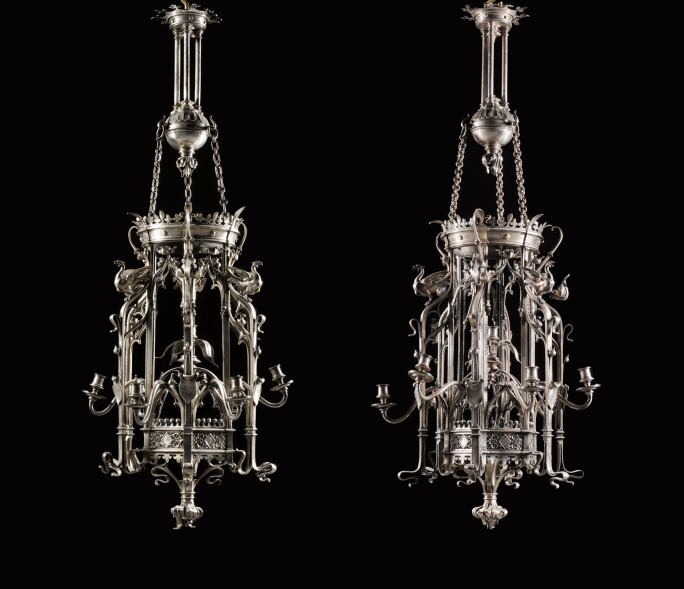 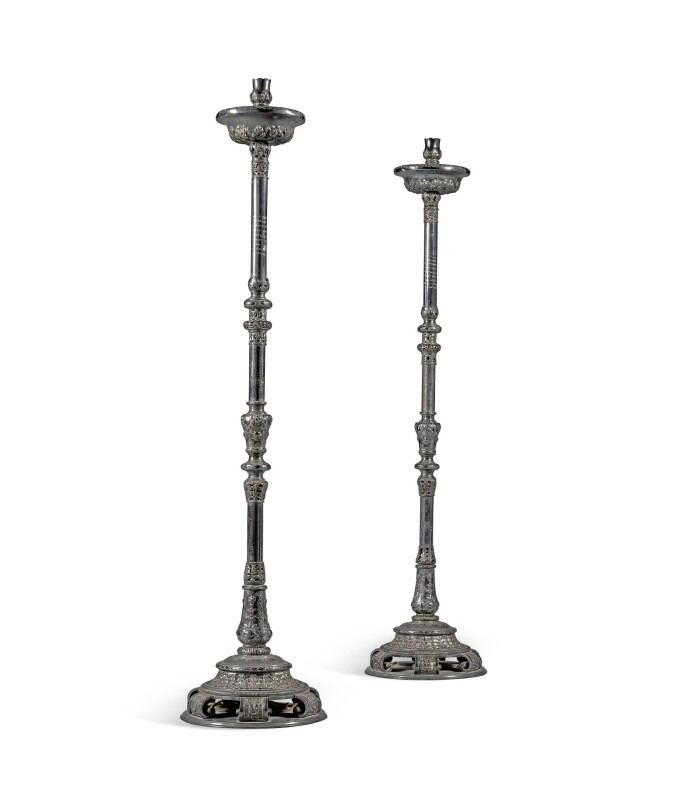 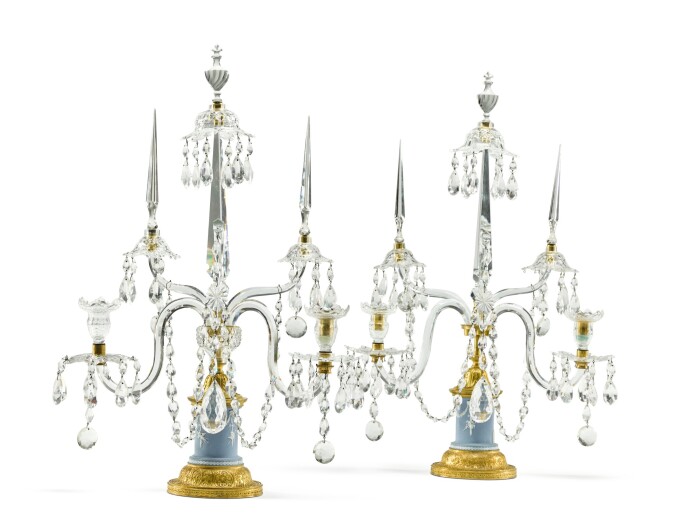 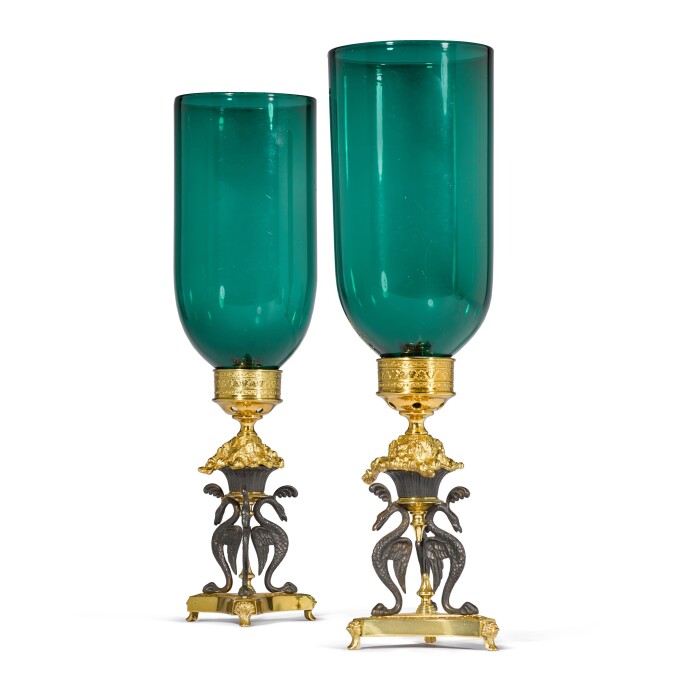 More often than not, historic objects can seem like an enigma at first glance, speaking a lost language from a different time. Unless the viewer is a specialist in the subject, much of the meaning of a piece is easily overlooked. Here we attempt to unravel the iconography and subject matters adorning this meticulously-carved Bohemian cabinet. It is only with an understanding of the scenes represented that we can truly appreciate how this cabinet was perceived through the lens of the 17th century.

The cabinet was made in the city of Eger in Bohemia, now Cheb in Czech Republic, which specialized in the production of furniture and decorative pieces carved in low relief and constructed from different colored woods. These objects would typically depict a wide range of mythological and historical subjects taken from the burgeoning supply of prints and engravings following the advent of the printing press. One of the most influential poems that remained popular through the centuries is Ovid’s Metamorphoses. Completed in 8 AD, the narrative poem comprises in total 11,995 lines, 15 books and over 250 myths and was a great source of inspiration for authors, sculptors, engravers, painters and furniture makers alike. Most panels within the interior of this cabinet depict scenes from the poem, after woodcuts by Virgil Solis published in 1563, albeit employing some artistic license.

But what do these scenes signify? Why are they featured on this cabinet? The cabinet undoubtedly reflects the immense interest in Ovid’s work throughout the Renaissance, in particular his Metamorphoses, which provided artists with the ultimate sourcebook and afforded discerning patrons a chance to show-off their erudition. Further, the complex web of allegorical tales presented through this casket - whose principal theme of transformation was often instigated through violence or artistry - sought to challenge the viewer’s moral compass as they navigated their way through an everchanging world.

Is there a more timeless aesthetic than the English country house style? The faded grandeur and sleepy surfaces of objects steeped in history continues to appeal and the sale boasts a wide range pieces that epitomize the country house look. Quintessential seat furniture comes in the form of armorial hall chairs, utilitarian benches and supremely comfortable Howard easy armchairs. Architectural bookcases and overscale Piranesi prints allude to the lasting influence of the ancient world, whilst the vivid patterns of Persian rugs speak of adventures to faraway lands. 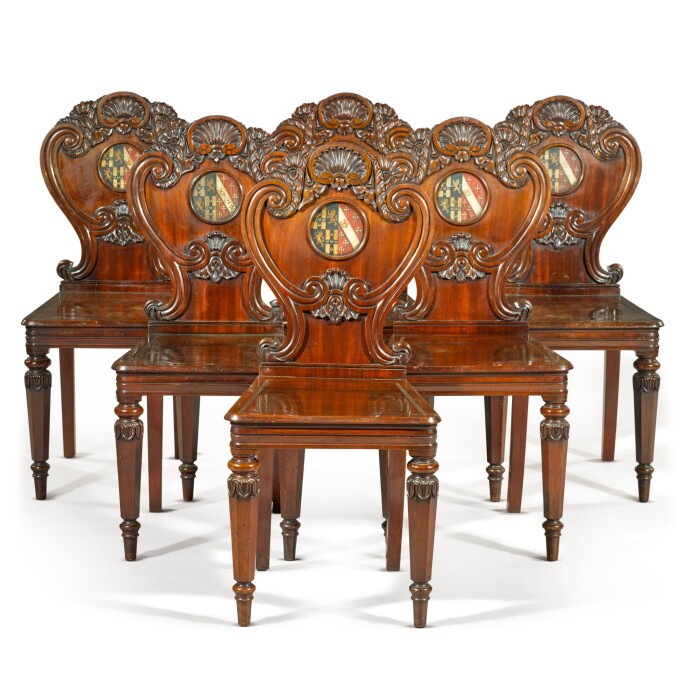 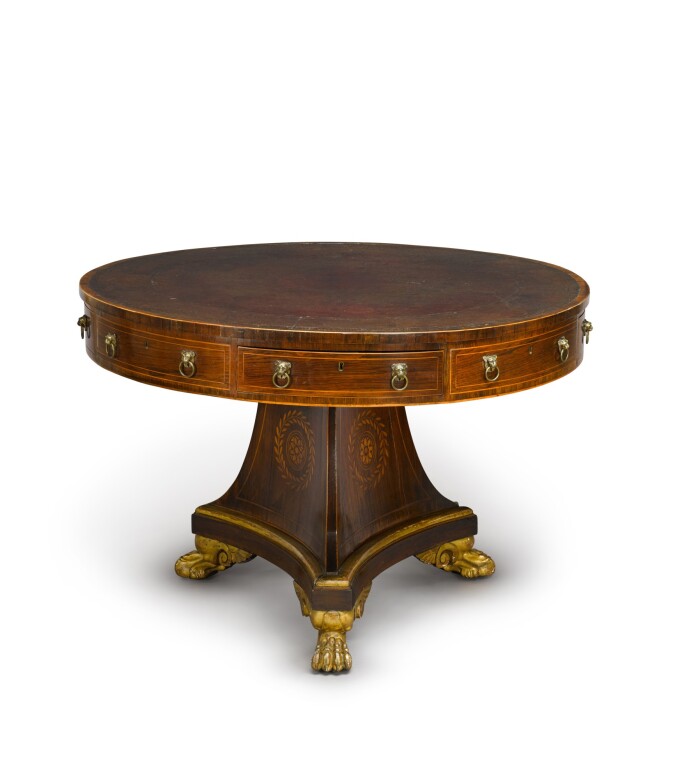 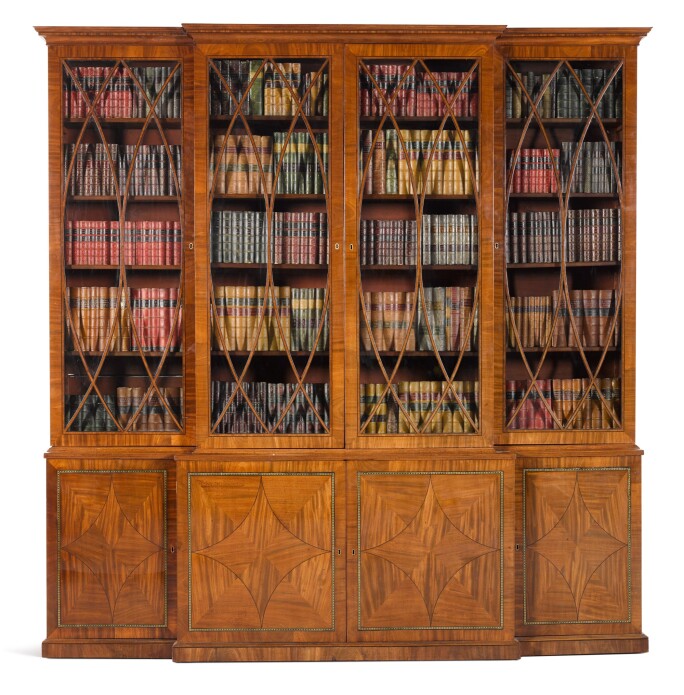 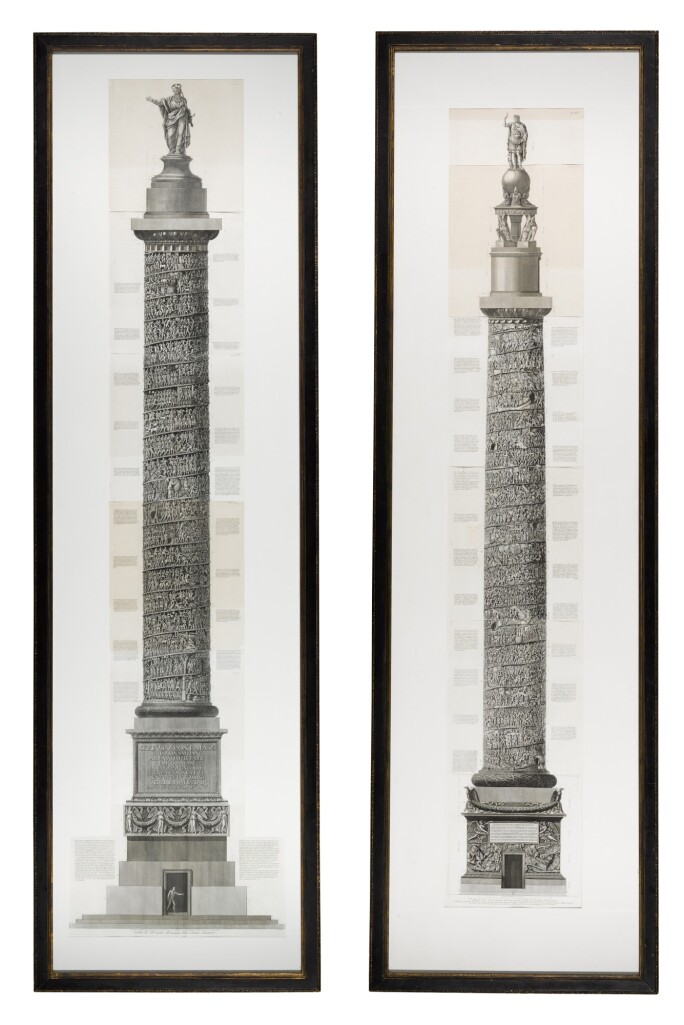 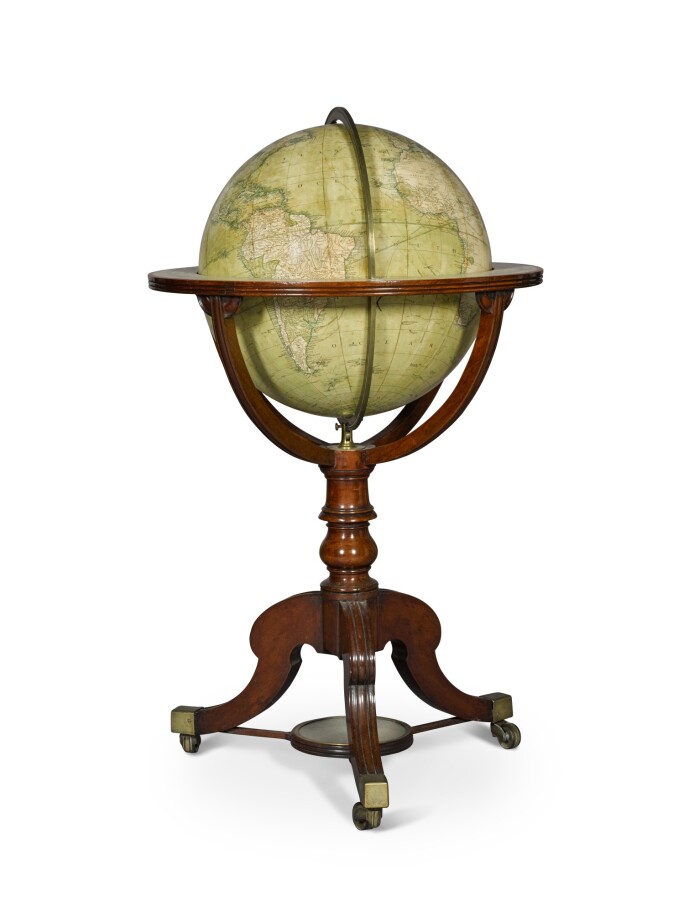 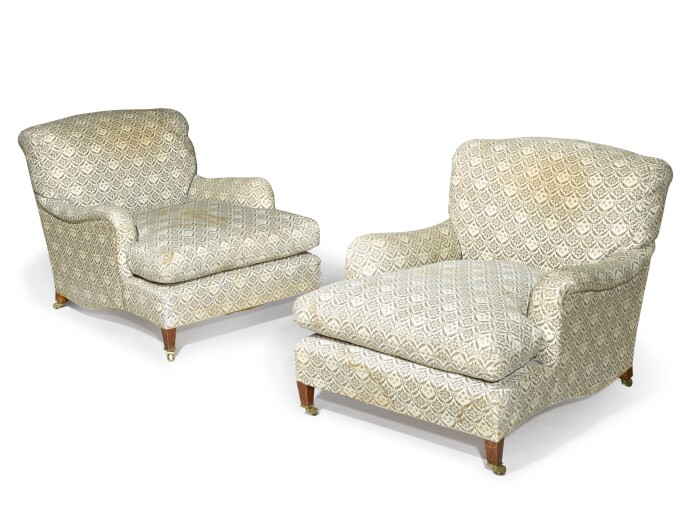 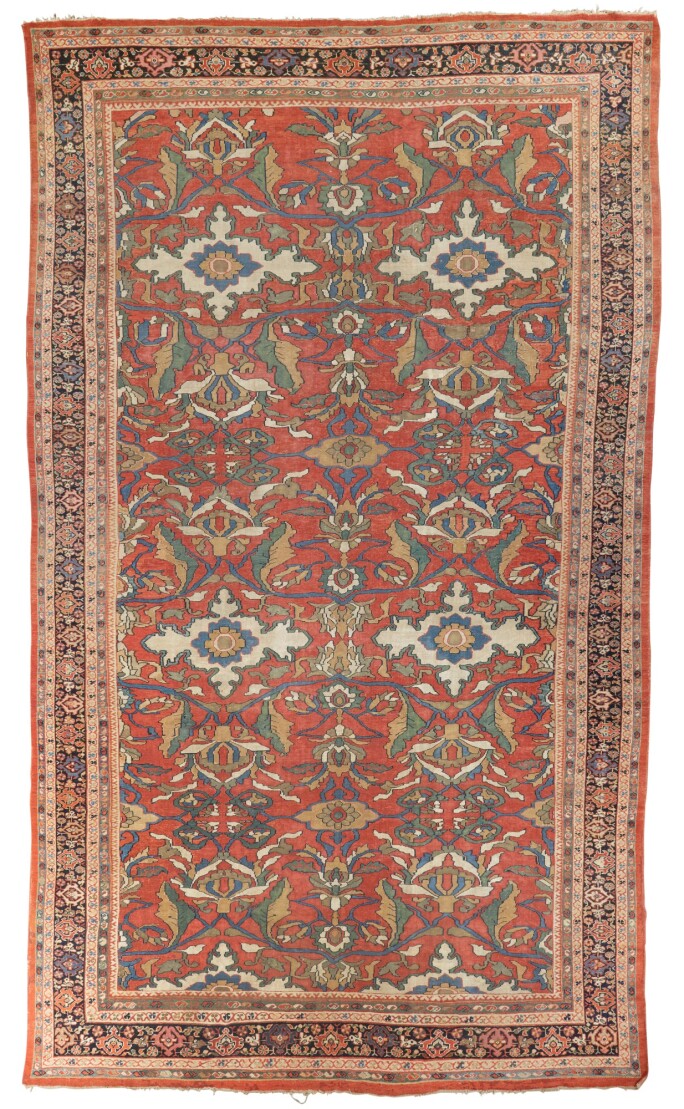 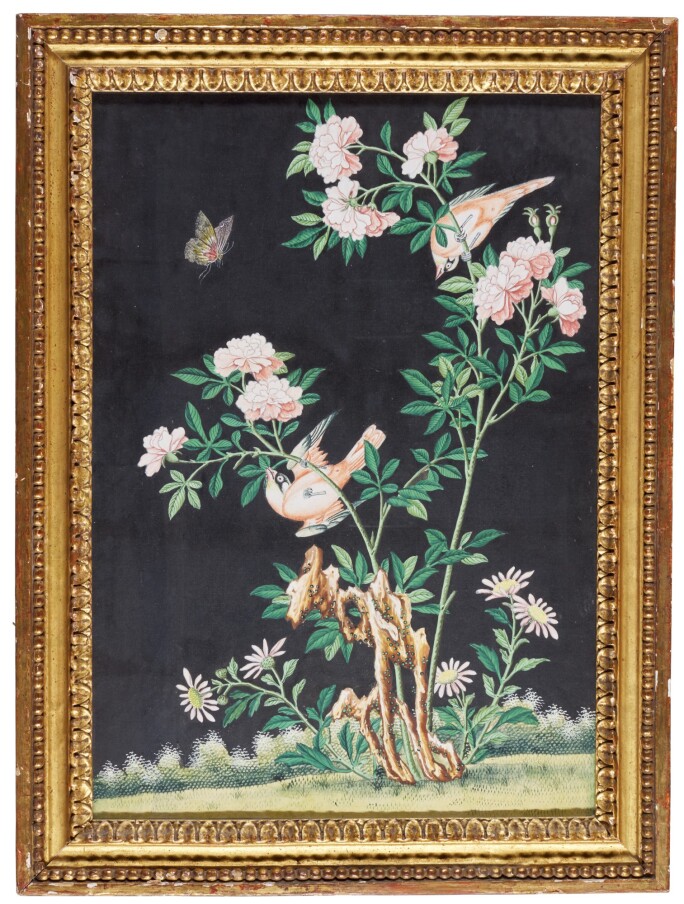 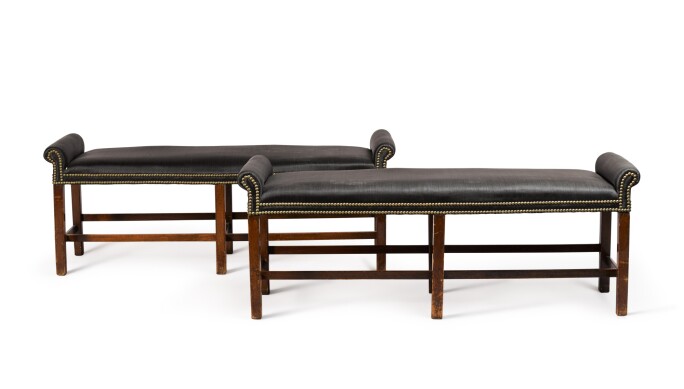 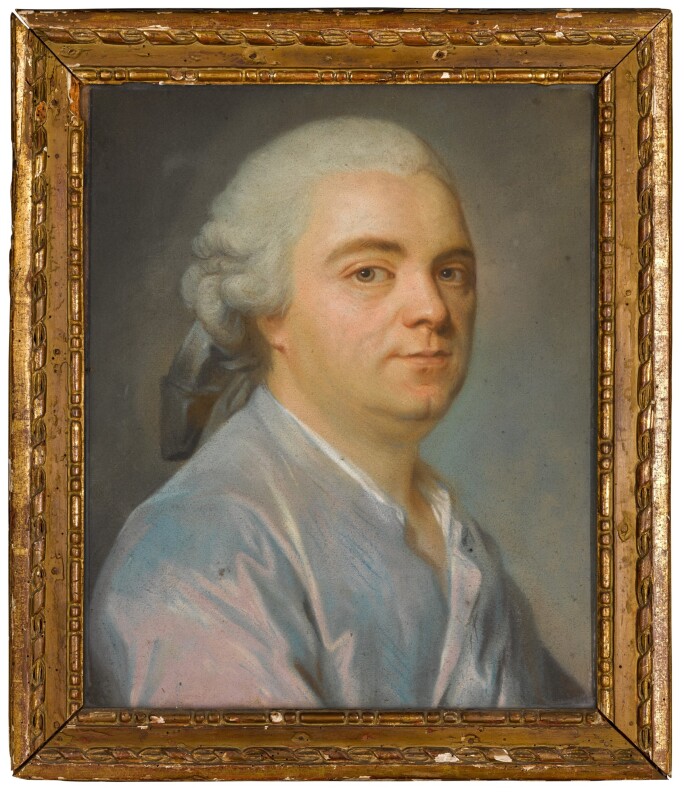 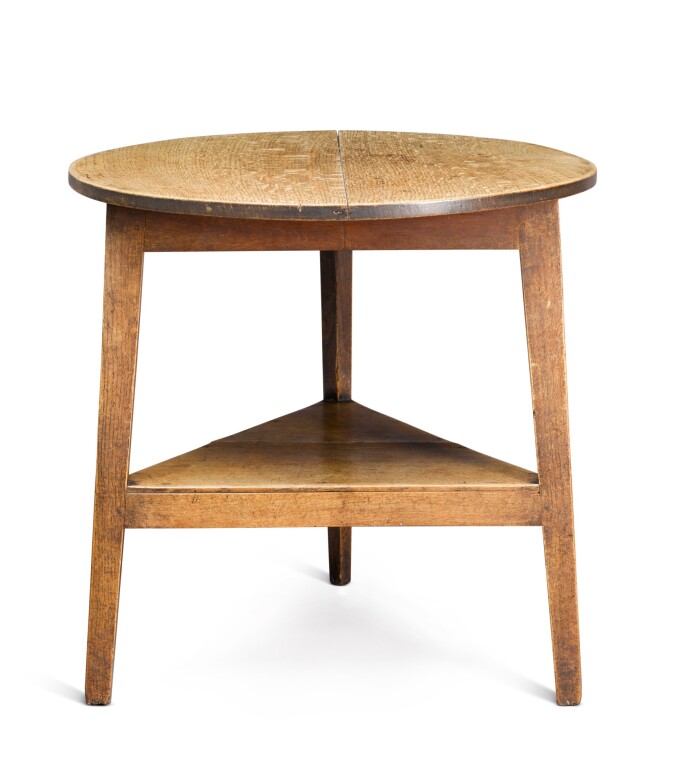 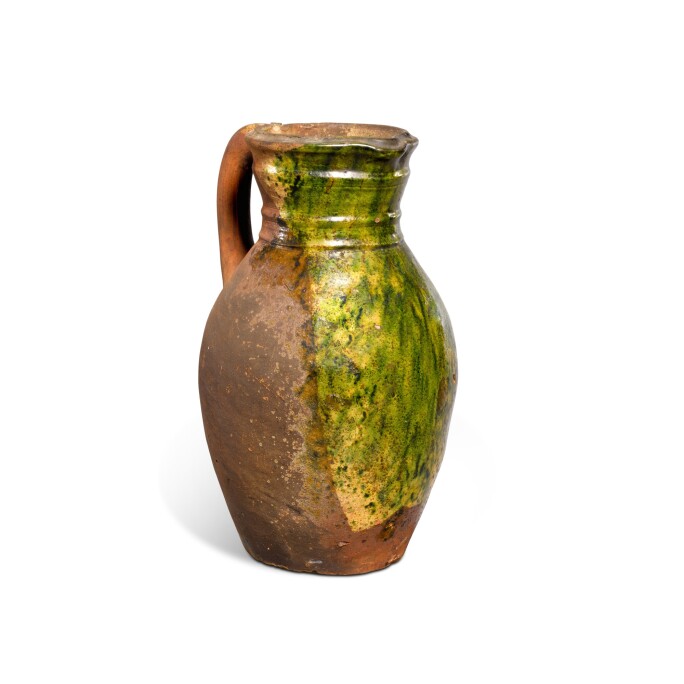 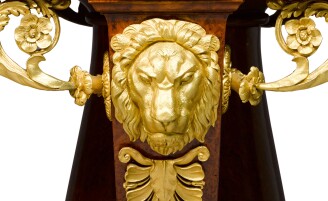