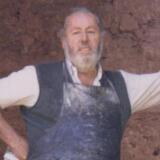 Works by Bernard Buffet at Sotheby's 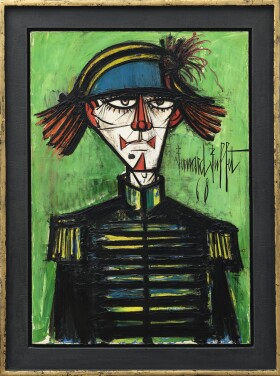 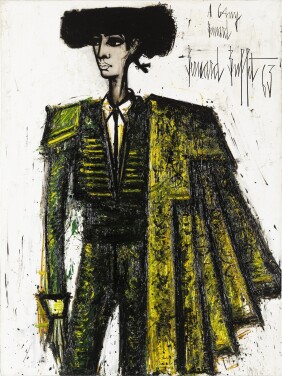 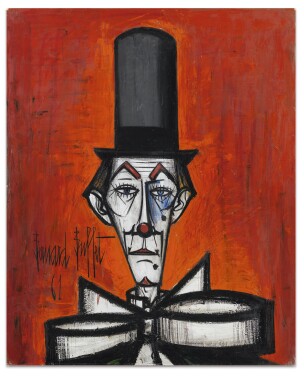 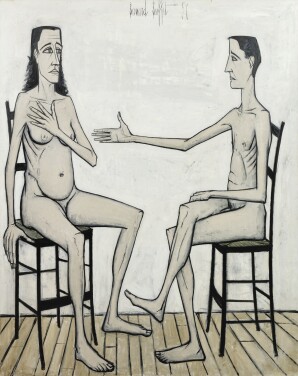 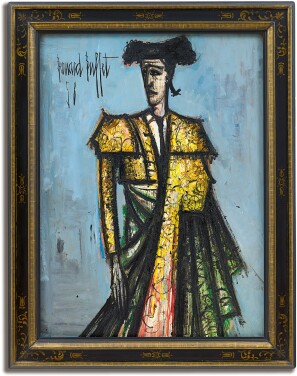 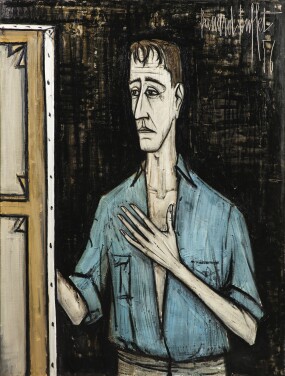 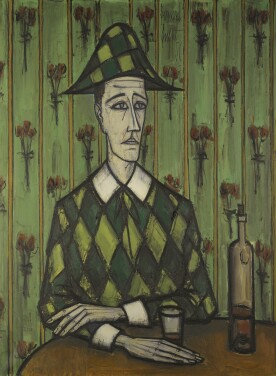 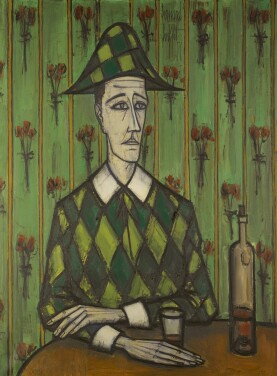 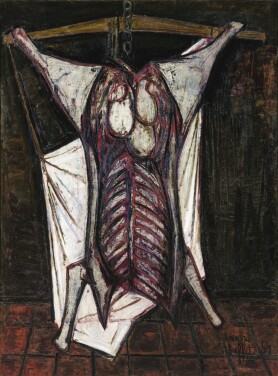 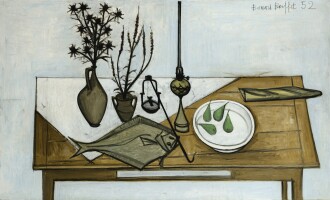 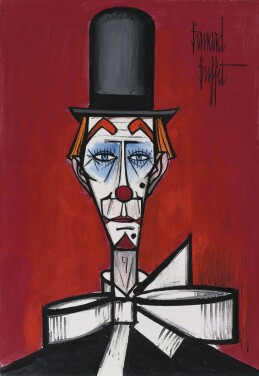 Born in Paris on 10 July 1928, Bernard Buffet was a painter, lithographer, and etcher who studied at the Paris École des Beaux-Arts and gained early critical acclaim and fortune through his prolific output – he painted more than 8,000 works in his lifetime – and immediately recognizable stylistic manner. Active during a time when abstraction was the predominant artistic style, Buffet defended representational art and was an active member of the anti-abstraction group L’homme Témoin (The Witness-Man).

Featuring portraiture, townscapes, still lifes, and historical and religious subjects, Buffet’s oeuvre is primarily graphic, with spiky, angular and elongated forms rendered in a somber color palette. This stylistic mode gives his work an austere and melancholic tone that has been interpreted as a representation of the emotional state of the post-war generation. Buffet has had dozens of international exhibitions and was awarded a number of prestigious honors, including being made an Officer of the Légion d’Honneur in 1973 and being inducted into the Académie des Beaux-Arts in 1974. Unfortunately, the end of his life was marked by a prolonged battle with Parkinson’s disease, which resulted in the artist committing suicide at the age of 71 on 4 October 1999.

The work of Buffet has remained consistently popular, and his paintings have come to be housed in some of the most notable museums around the world, including the Tate Modern, London, Museum of Modern Art, New York, and a dedicated collection at the Bernard Buffet Museum in Japan. No doubt a result of his iconic style and continuous desirability, according to Sotheby’s Mei Moses the average compound annual return for Bernard Buffet is 9.9%, with 85.2% of works increasing in value.

The top three auction prices for Buffet are:

Museums with Works by Bernard Buffet

Type: artist
Category: Artist
Henri Lebasque
View Profile
Artist Image: © The Estate of Bernard Buffet / Artists Rights Society (ARS), New York / ADAGP, Paris 2018 / Photograph by Timob [CC BY-SA 3.0], via Wikimedia Commons
Please note that prior performance of the indexes and realized returns contained herein does not guarantee future results. In addition, there is no guarantee that random collections of individual works of art or stocks will yield index returns. We are not financial advisors and we are not in the business of recommending art as an investment. We also have no comparative advantage in forecasting the future direction of the art market. Investment decisions should be based on the risk return tolerance and time horizon of the investor with, if desired, the support of a licensed financial advisor. This information is provided "as is" and with no representations or warranties either express or implied of accuracy, merchantability, fitness for a particular purpose or of any other nature are made with respect to this information or to any expressed views presented in this information.