A n elegant dress with a long history, the ao dai is evocative of the past. Its mention calls to mind the glamour of Vietnam as seen in films and paintings. We may not immediate recognise the iconic ao dai within the collections of designer Lam Gia Khang, but a closer look reveals that its idea is ever present in his transformative designs. The Project Runway Vietnam alum launched his eponymous label in 2014 soon after he attended the London College for Design and Fashion in Hanoi. He started GIA STUDIOS four years later, and his creations, favoured by Vietnamese celebrities and trendsetters, are frequently seen on the red carpet. Blending traditional craftsmanship with contemporary, considered details, Khang’s designs have gained an international audience. His mood boards often take inspiration from a plethora of artistic sources including Vietnamese art, Abstract Expressionist paintings and other representations of figure and costume. Lam speaks with Modern Art Specialist Michelle Yaw about the art of ao dai, and what he sees as the parallels in Vietnamese fashion, costume and modern art.

Portrait of Mademoiselle Phuong finds a young lady sitting on a low bench, her eyes meeting the beholder’s. She is dressed in a plain green silk tunic over white pantaloons, her hair worn short in a modern 1930s style. The mademoiselle’s appearance in this extremely rare oil painting by Mai Trung Thu offers an intriguing glimpse into 20th century Vietnamese culture, tracing ideas of modernity and femininity. The long dress, or ao dai, represents far more than a mere garment. It is a unique creation cherished as a symbol of Vietnamese national pride – a design that holds within it the highest historical, cultural and aesthetic value, according to fashion designer Lam Gia Khang.


Why is the ao dai important in Vietnamese culture?

The ao dai is a long, split tunic dress worn over trousers – a design that dates back to 18th century Nguyen dynasty. It can be worn by both sexes. In the past, the ao dai might vary in design across the different regions of the country, where it was seen as an indicator to differentiate social classes – for example, diplomats or intellectuals. Today, the Vietnamese people see the ao dai as closer or more accessible as daily wear – especially as there are now more diverse designs and materials suitable for various purposes and budgets. It is appropriate for teachers and professors, high school uniforms, or wedding gowns. It is also the most formal outfit for national holidays or important events. In every variation, the ao dai is the ultimate expression of style for the Vietnamese people and no other design can surpass it in bringing out the gentle beauty of Vietnamese women. Wearing the traditional dress is seen as an act of patriotism.

Through periods of history, the ao dai has evolved, undergoing updates to accommodate practicality and styling of the times. The original style is still favoured by modern women for holiday or formal attire. Historically, more sophisticated and elaborative styles would showcase wealth and status. Today, the dress has been gently updated for comfort and in keeping with modern life. Many brides also choose traditional ao dai for their wedding day, emphasizing its continued importance in the hearts of the Vietnamese people.

The Distinguished Collection of Dothi Dumonteil

“I always see movement within Le Pho’s paintings. From the silk scarves flying in the wind to the water in the goldfish aquarium, all these visual facets are used to their fullest extent in Le Pho's work “Two Women Overlooking a Goldfish Pond”. I used similar imagery of water and lotus flowers to create the SS21 CAN THO PROJECT photo set. The images of lotus flowers depicts a woman’s intellectuality.”


The ao dai has been and will always be a symbol of national pride, and the fact that it remains so cherished throughout generations is why it will always inspire us – the creators. Beyond the symbolic aspect, the design of the ao dai itself is impressive, as it can be changed, altered, adjusted in many ways. Changing the cuts and materials, can give it a completely different look. For a fashion designer like me, it always provides inspiration for new designs. From Gia Studios, the interpretation of ao dai is contemporary and classy, while also striking enough to make a statement. Such elegance brings out the nature of ao dai.

“I love the way Vu Cao Dam portrays Vietnamese women in his works. It is gentle and elegant. His graceful brushstrokes and harmonious use of colour imbues his works with a timelessness. For me in particular, and for GIA STUDIOS in general, we are part of a younger generation. I took a lot of inspiration from a similar painting by Vu Cao Dam, "Conversation" 1944, sold by Sotheby’s in 2005, to design the latest SS21 collection for GIA STUDIOS. For example, the introduction of the baby green colour palette was inspired by the woman’s dress in the painting.”

What role does Vietnamese art play in your life? Is there a relationship between fashion and art?

Art and fashion are complements; they are visual forms that show beauty. I have always found great inspiration from works of art. In recent years, paintings have been a source of creativity: materials, colours, brushstrokes, and storytelling. The way we apply colours in our collection always serves a purpose. These are all elements I use to create beauty in fashion for the modern woman.

“The way Vietnamese women prepared for festivals and occasions in ancient times is very simple and subtle. Vu Cao Dam’s "Deux Femmes" shows the women sitting next to the window. The image of the bamboo trees and the small comb has great spiritual value even up until now. Most women in the olden days used to have black and long hair, which is also an image that inspired the mood for my collection.”

Art can be anywhere in everyday life, and to connect with art reflects a lot about the life, personality and development of a person. It can only be understood and recognized because of its relevance to people's lives, interests, and ideals. This is true of art in general and the fashion industry in particular. Of course, artistic inspiration comes from many directions: from the artist's thinking, to the nature of the work, and the values it brings. In the Spring Summer 21 collection, we use organza fabric to create designs inspired by ao dai. Reinterpreting the past through modern eyes is our way of finding inspiration. We take aspects of the ancient cultural imprint, and reinvent them to something modern and fashionable.

What are some examples of paintings that you find compelling?

The Girl Next to the Lily by To Ngoc Van epitomizes Vietnamese Fine Arts in the 20th century. The picture depicts the image of a young girl wearing a white ao dai next to a vase of white lilies, showing the elegant play of the Ha people. Many of Mai Trung Thu’s works touches the heart because the artist depicts topics close to everyday life. This artist moves me in particular because I can see happiness and romance in his works. The designs of Gia Studios and the works of the late artist Mai Trung Thu have one thing in common: capturing the beauty of everyday life with an artistic eye.

Mai Trung Thu painted Portrait of Mademoiselle Phuong, which was in the 1993 film “Scent of Green Papaya (Mùi đu đủ xanh)”. After I watched the movie, it made me love my Vietnam. It has a very Vietnamese spirit, and I like the image of the woman as well as the rustic quality in the movie. Mai Trung Thu’s portrait depicts an ordinary woman in the original ao dai design. The silhouette of Mademoiselle Phuong combined with the brushstrokes of the late artist show a light and extremely subtle demeanor.

Do you find inspiration from other figurative works from outside of Vietnam? 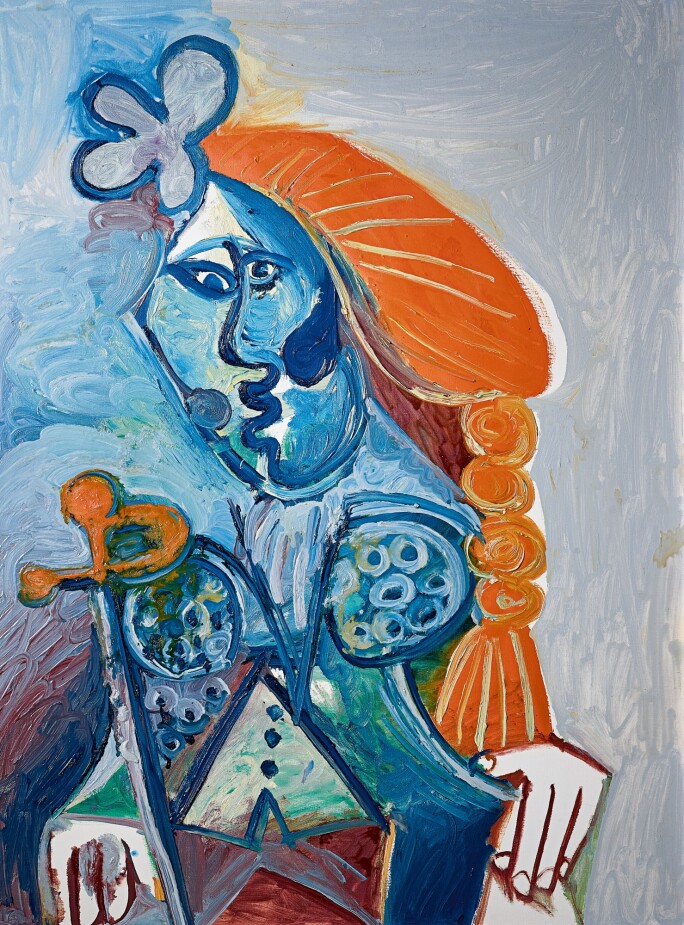 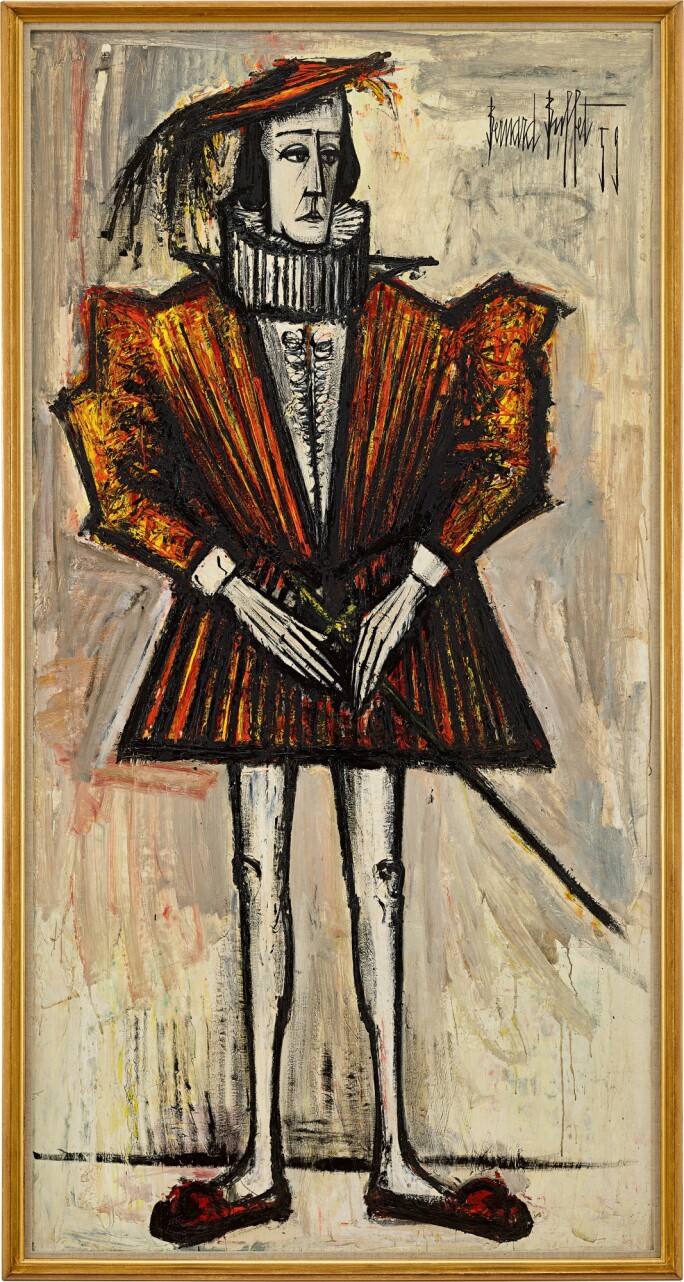 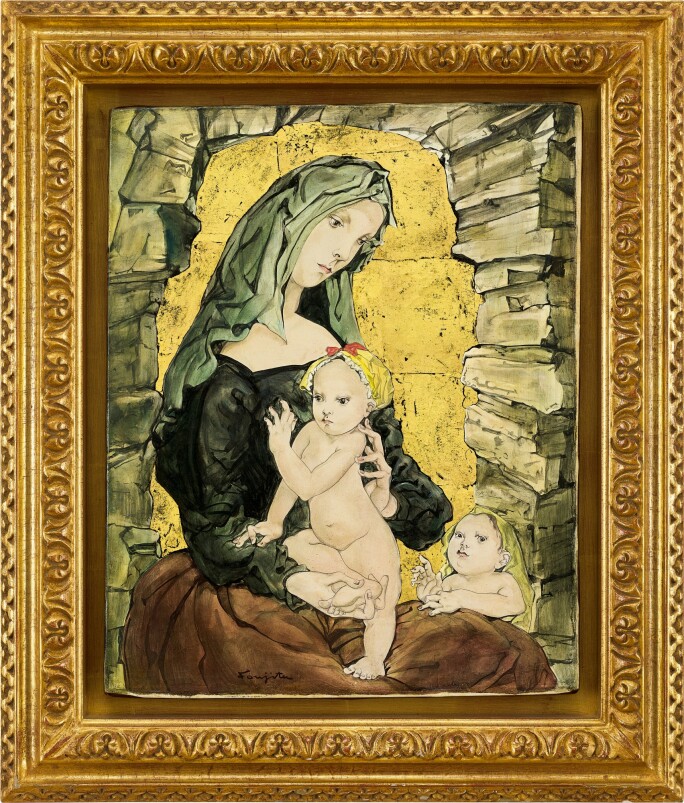 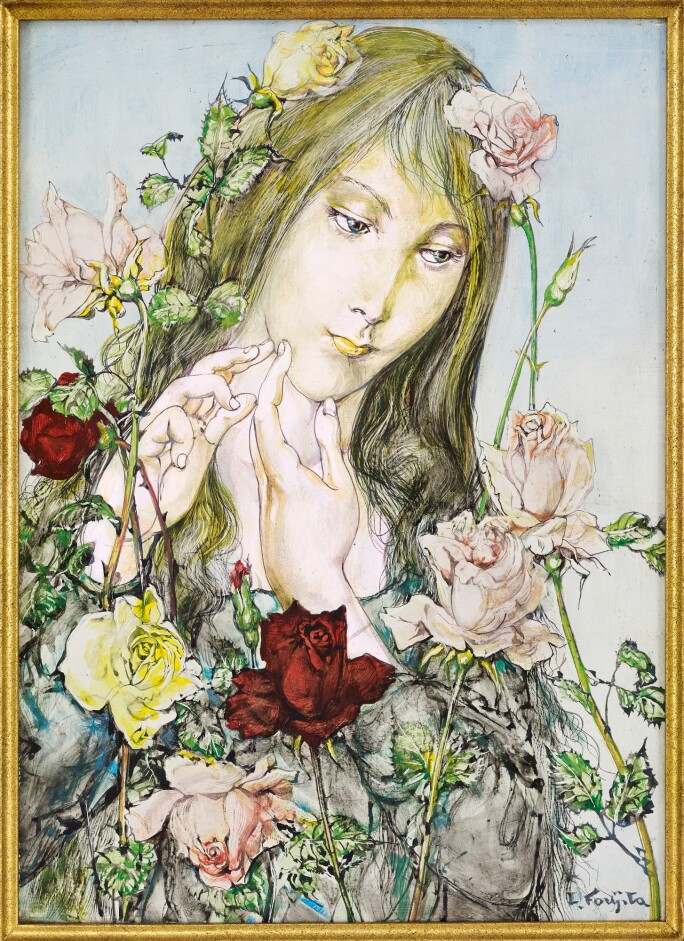 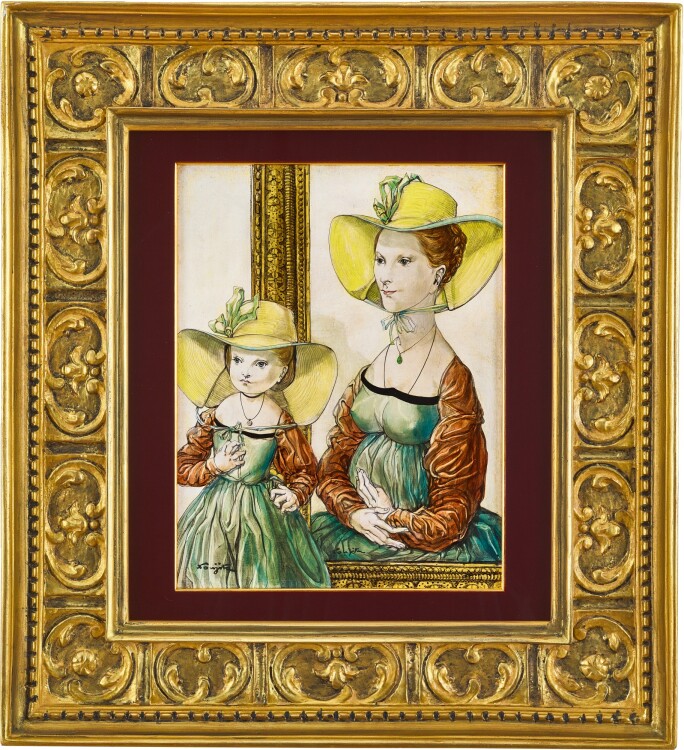 Figurative art best reveal the fashions of their respective times. As a designer, this always interests me, and I have the utmost admiration for such works. For me, figurative works are genuine and simple, but not monotonous. Each author has its own expression, using colours and brushes to create magic. Picasso is visceral; I admire the artist's ability to create unique, creative blocks, with such distinctive use of colour. Perhaps owing to the close cultural values, I feel closest to Lin Fengmian's art and its soft, poetic characteristics. Buffet's paintings are abstract, and they evoke the soul of the Expressionist artist. I like Foujita's use of colours in his paintings, and the way he achieves a look that is soft and vivid. 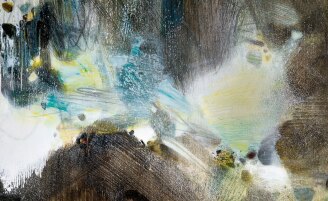