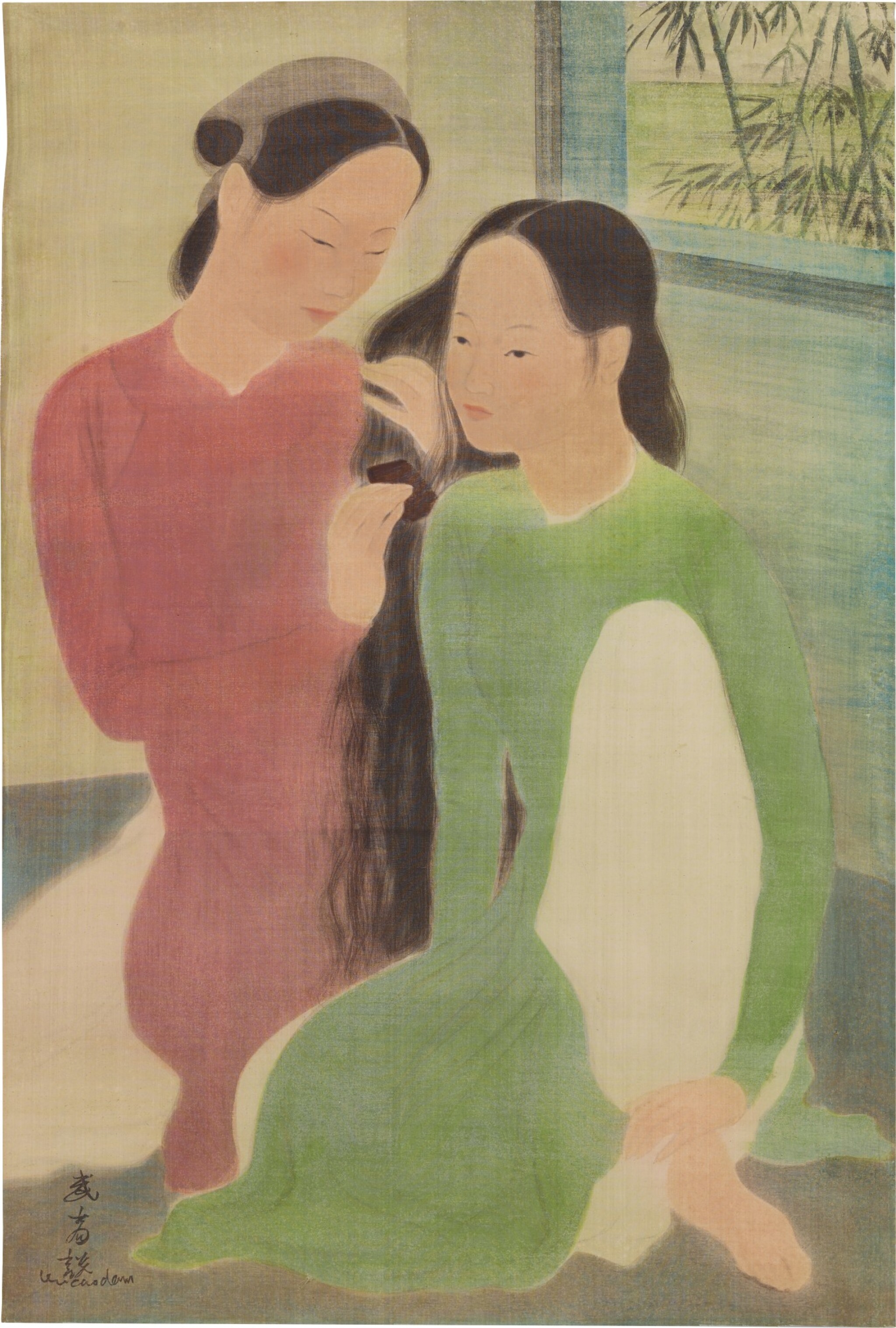 ink and gouache on silk

signed in Chinese and English

Silk paintings by Vu Cao Dam are amongst the most rare and exquisite of mediums, as the artist’s early career was focused primarily on sculpture, while his later career in oil painting. Born the son of a Catholic family, Vu Cao Dam was raised with Confucian values and a strong affinity to Chinese culture. Vu Cao Dam’s father was well educated, trained in Chinese calligraphy and shared his great love and knowledge of Chinese literature with his son.

An enchanting, large silk work by the maestro, Deux Femmes depicts two Vietnamese maidens seated contently in a tight interior, sharing an intimate moment by grooming their hair. The lady adorned in a pinkish red ao dai, with neatly a combed bun, gently brushes the long black hair of her seated companion and forms an elegant image of endearment.

Deux Femmes bears a striking graphic quality as Vu paints the ladies’ dress in monochromatic tones of red and green, complementary colours that accentuate the artist’s rich colour palette. The artist immerses the figures in a background of blueish green washes, as if to blur the lines between the interior and the natural world that beckons from outside the window. By simply segmenting the walls that surround the women, Vu brings the large figures to bear a commanding presence upon the painting’s surface. Vu demonstrates a mastery of the ink brush and calligraphy, not only in the details of work but also in the graceful, undulating forms and lines that accentuate the curvatures of the two women.

Jeannine Auboyer, in an illustrated feature on Vu Cao Dam in France-Illustration, wrote that "his technique stays attached to the substrate of his ancestors: silk, in which Vu Cao Dam appreciates the fineness of the grain and the softness and absorption of the colour.”