Important Works By Jack Yeats, Roderic O'Conor and Other Giants of Irish Art The 2019 Sotheby's Irish Art sale includes works from the 19th century to the present day, from paintings to sculpture, figuration to abstraction, and many appearing at auction for the first time. Estimates range from £500 to £500,000 for Jack B. Yeats’ magnificent A Paris of the West – one of the most significant works by the artist to appear in recent years. The works will be exhibited at the Royal Hibernian Academy, Dublin, before the exhibition and auction at Sotheby’s London. 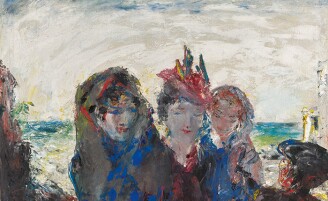