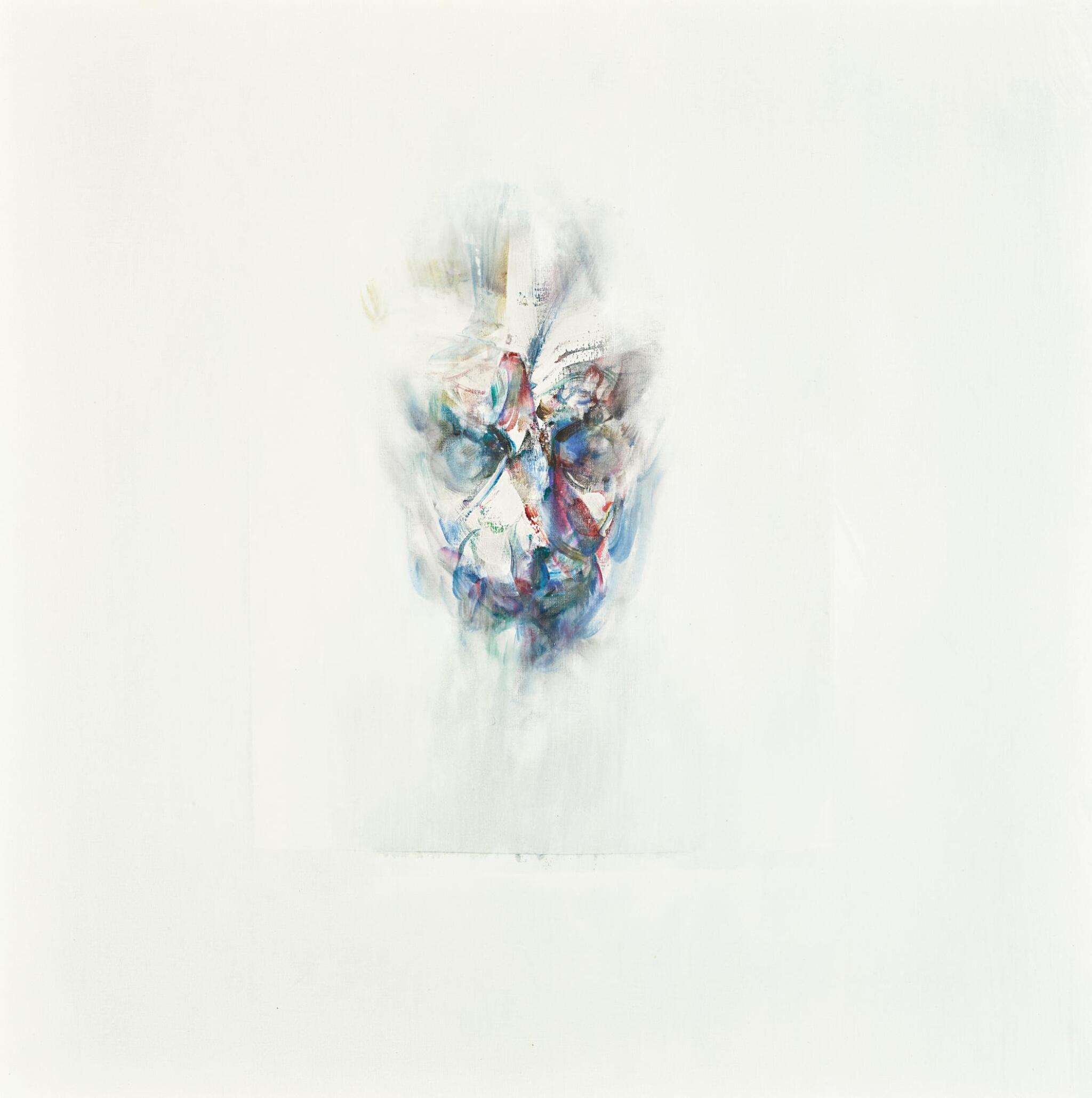 signed and dated on the reverse: LE BROCQUY '87; also titled and inscribed on the stretcher

Held in typical wooden box frame under glass ready to hang; unexamined out of frame.

'I'm simply trying to discover, to uncover, aspects of the Beckettness of Beckett...'

Louis le Brocquy selected subjects for his portrait heads for their influential creative works and exalted status within cultural memory. But as much as the towering intellectual presence, he was fascinated by the inner vulnerability of individuals whose journey through life was an isolated one, precisely because they were ‘different’ from others by virtue of their genius. ‘When you are painting,’ he writes, ‘you are trying to discover, to uncover, to reveal. I sometimes think of the activity of painting as a kind of archaeology – an archaeology of the spirit.’ (‘The Human Head: Notes on Painting and Awareness’, The eighteenth International Health Lecture, Royal College of Surgeons in Ireland, Dublin, 2005). Rather than renditions of mere famous men, his portraits are attempts to look within especially poignant human beings who had gone further than the rest. In the case of Samuel Beckett, this process of psychological excavation was magnified by a long and close friendship. Meeting for the first time through Con Leventhal, Beckett’s professor at Trinity College, le Brocquy maintained contact and collaborated on projects with the playwright until his death in 1989.

While the painter held a huge reverence for Beckett’s writings and could quote him at length, the writer at the same time was interested in le Brocquy’s creative vision. Both, it might be argued, were familiar with burdens of the creative process, both driven by a ‘genuine concern for the human condition, but one stripped of any irrelevance’ (Louis le Brocquy, Portrait Heads, exh. cat. National Gallery of Ireland, Dublin, 2006, p.15). Both le Brocquy and Beckett demonstrated an un-nerving concern for the complexities of the human condition and as Colm Tóibín has pointed out, there are instances in Beckett's writing which could easily be mistaken as having been specifically composed in relation to le Brocquy's work, '...Traces blurs light grey almost white on white. Only the eyes only just light blue almost white. Given rose only just bare white body fixed one yard white on white invisible...' (Beckett, from Ping, quoted in C.Tóibín, 'Louis le Brocquy, A Portrait of the Artist as an Alchemist', ibid., p.13).

In the present representation of Beckett painted in 1987 – one of several versions produced between 1979 and 2005 – le Brocquy delineates the distinctive creviced features and pale piercing eyes. As with all the heads, Beckett is suspended, independent and disembodied, emerging from a void of space and time, from light, from the white depths of the canvas. With each suggestive brushstroke le Brocquy hoped to convey the different layers of Beckett’s complex character. From deep eye sockets Beckett’s fierce gaze shines through craggy chiaroscuro features; the penetrating intellect, unflinching wit and deep seriousness emanate from the shifting patina of colours. Immediate, intense, intangible, le Brocquy’s painting transfixes Beckett with coruscating energy: ‘Enter that box, enter behind the billowing curtain of the face, and you have the whole landscape of the spirit’ (Louis Louis le Brocquy, The Head Image, Kinsale, 1996 p.23).