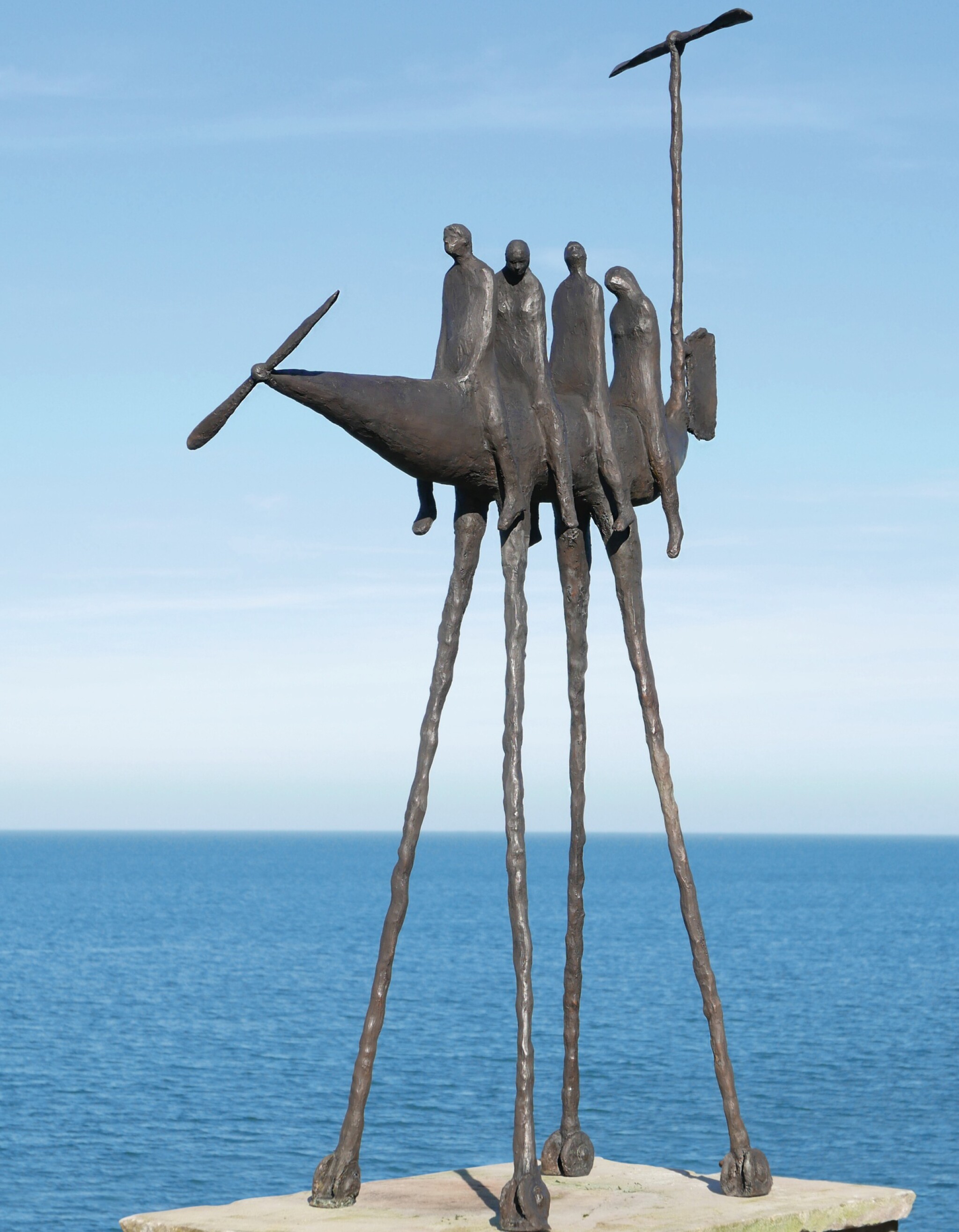 The work appears in excellent overall condition. It is very stable but can also be secured via bolts to the legs if required.

"In response to your inquiry, we are pleased to provide you with a general report of the condition of the property described above. Since we are not professional conservators or restorers, we urge you to consult with a restorer or conservator of your choice who will be better able to provide a detailed, professional report. Prospective buyers should inspect each lot to satisfy themselves as to condition and must understand that any statement made by Sotheby's is merely a subjective, qualified opinion. Prospective buyers should also refer to any Important Notices regarding this sale, which are printed in the Sale Catalogue. NOTWITHSTANDING THIS REPORT OR ANY DISCUSSIONS CONCERNING A LOT, ALL LOTS ARE OFFERED AND SOLD AS IS" IN ACCORDANCE WITH THE CONDITIONS OF BUSINESS PRINTED IN THE

The present sculpture relates to Failing Better which was recently installed at the Pearse Street entrance to Trinity College, Dublin. Of the three maquettes the artist made, this is the largest. In conducting his research for the work, Rowan Gillespie developed an interest in Trinity College, Dublin’s curious connection to aviation, particularly the flying experiments of George Francis FitzGerald, Professor of Natural and Experimental Physics, in the late nineteenth century. These were mostly unsuccessful but always optimistic which brought to mind the words of Trinity graduate, Samuel Beckett “Fail again, fail better”. Gillespie was drawn to the concept of inspired vision inching towards success through a series of failures. His flying machine is a horse which develops wheels and then propellers, it will never fly just as Professor George Francis FitzGerald’s machine never really flew but he at least dared to try.