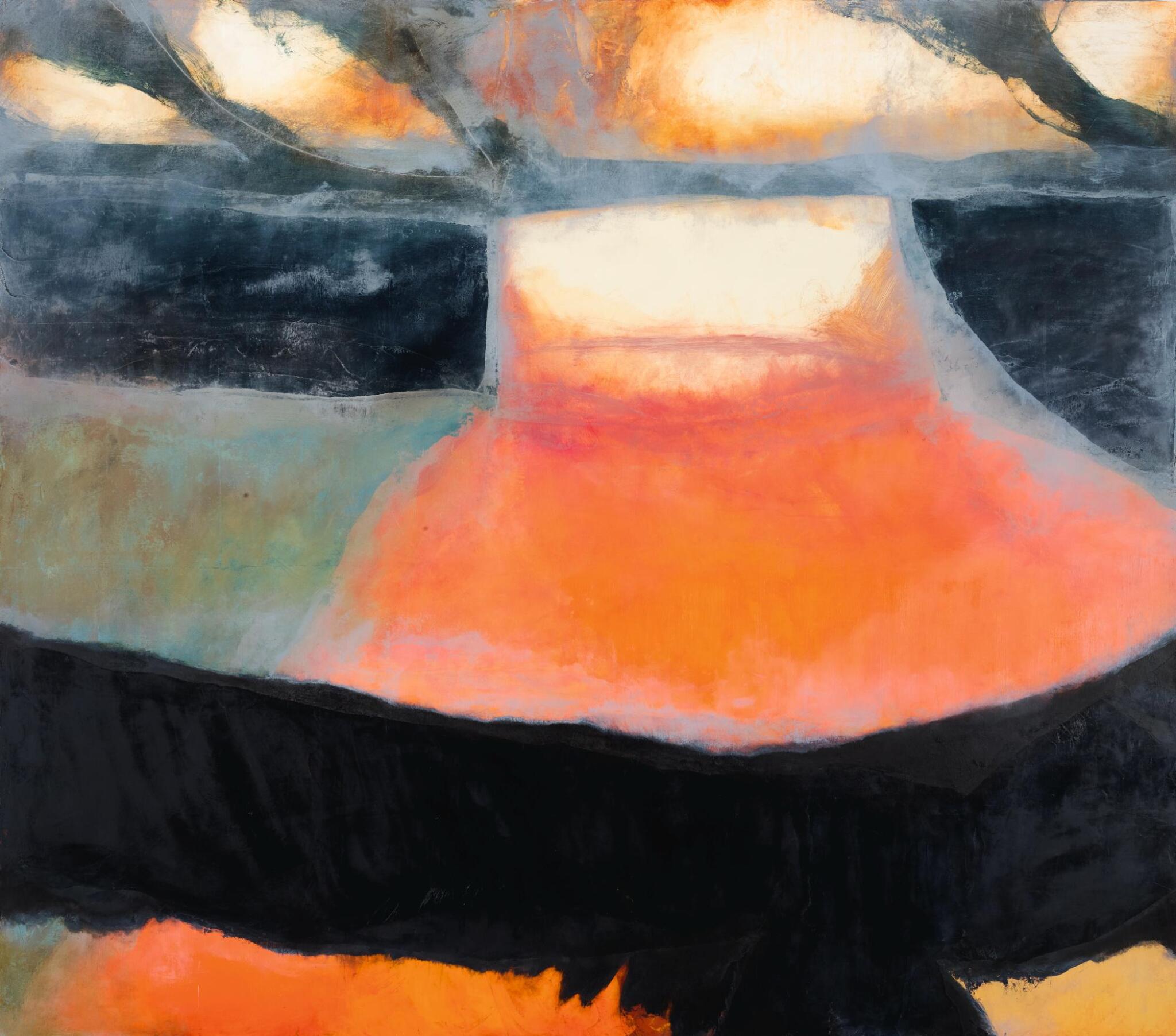 titled, signed and dated 2013 on the reverse

Marlborough Fine Art, London, where purchased by the present owner in 2013

'The Owl Run is a real place. It is on land owned now by my cousin but has become overgrown and has changed in character over the years. It is the place where my mother grew up and I visited there every year as a child.

Like much of my work the real subject of the painting is the reconstruction of experience and re-membering of place. The owl run itself was a field bounded on two sides by raised earth banks which led down to the Glencullen River. On the far side of the river the bank rose up above your head allowing you to see the structure of the earth.

Some years ago I began a sequence of paintings that were prompted by a discussion that I had with my elderly aunt in which she impressed upon me the names of the fields and the places that surrounded the old family farmstead in Glencullen in Mayo. Glencullen means Glen of the Holly and she marked a number of the places in Irish on a simple map that she and I drew. It occurred to me that this had a poetic resonance, it was an attempt to record where one was or where one was from and this mirrored my own interests in memory and remembering which are recurring subjects in my work.

Rather than making descriptive or topographical landscapes I wanted to make paintings that were about how memory and place in particular are held within the imagination so that the pictures would be more about how the place would feel rather than just how it might look. I remembered the Owl Run as a mysterious and magical place as a child and this is what I wanted to convey in the painting.

In many of the paintings that I have made of the West of Ireland the bird is used as the character or traveller in the picture, as a child I had misunderstood what was meant by the ‘Aul’(Old)Run. The bird is an emblem of the subconscious and the bird’s flight or journey is meant to represent the mental or imaginative travel of the individual.

On a more fundamental level I feel that the characteristics of my oil paintings, their colours and in particular the layered structure of their construction, owes a great deal to my childhood experiences of the landscape of the Barony of Erris, its elemental character is something that has seeped into my work and I have returned to it frequently as a subject and also literally as a place to work in. I have a studio in Erris not far from the Glen.'