T he Orientalist Sale brings together paintings representing the landscapes, people and cultures of North Africa, Egypt, the Levant, Arabia and the Ottoman world during the nineteenth and early twentieth centuries.

This year’s sale is led by Edward Lear’s magnificent view of The Pyramids Road, Gizeh, painted in 1873. We will also offer the final instalment of works from the celebrated Najd Collection. This is the last opportunity for collectors to acquire works from one of the greatest collections of Orientalist paintings evoking the Islamic world in all its facets.

Other highlights from the sale include works by Sir John Lavery, Jacques Majorelle and Jean-Léon Gérôme.

The Visionary Delights of Orientalist Art 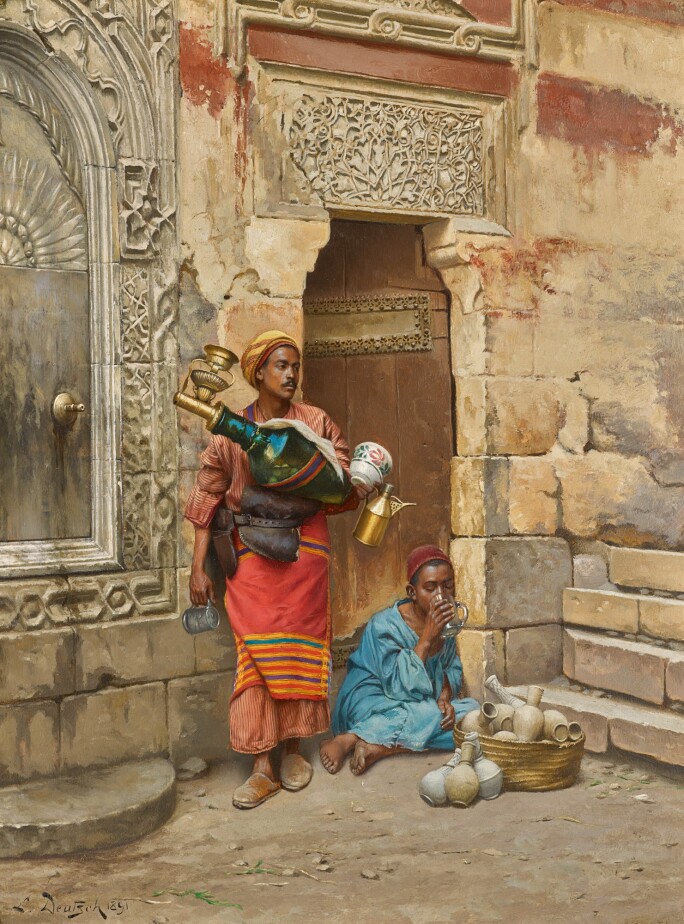 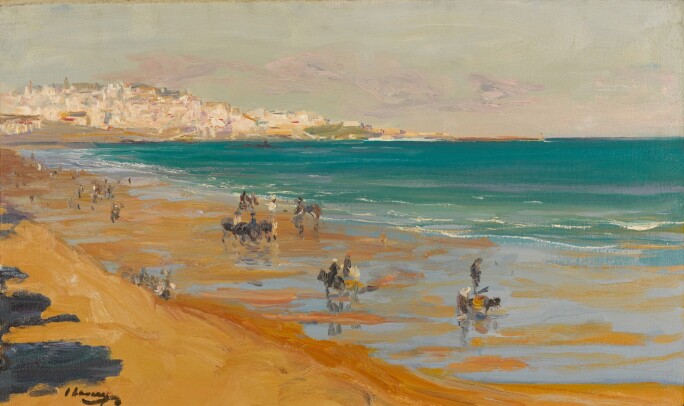 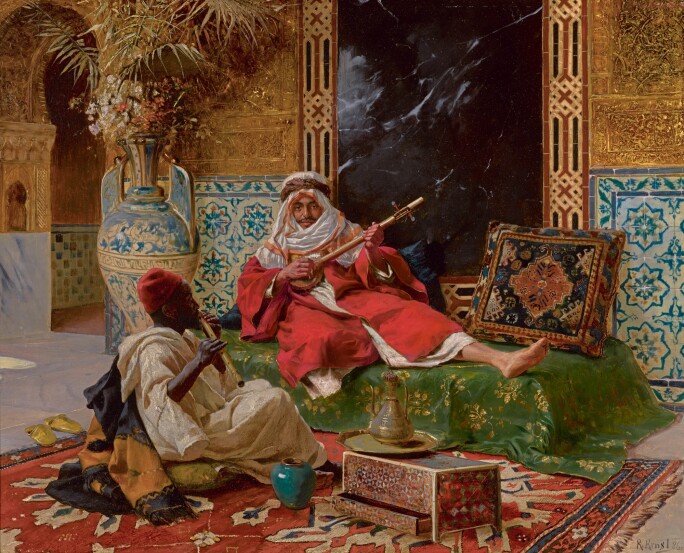 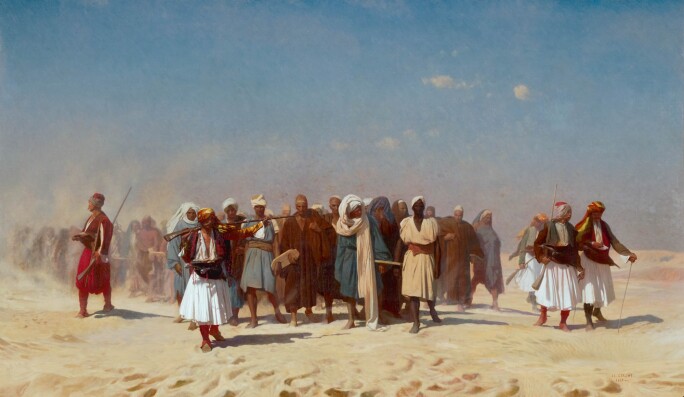 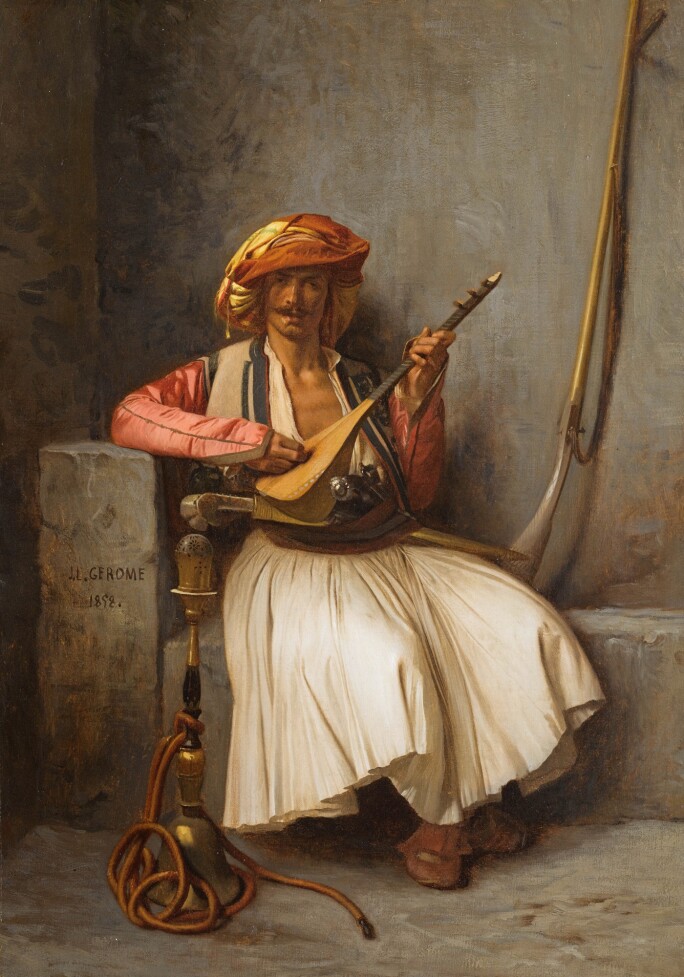 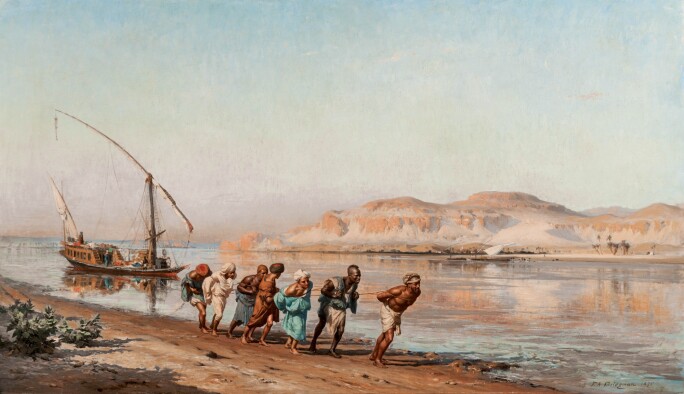 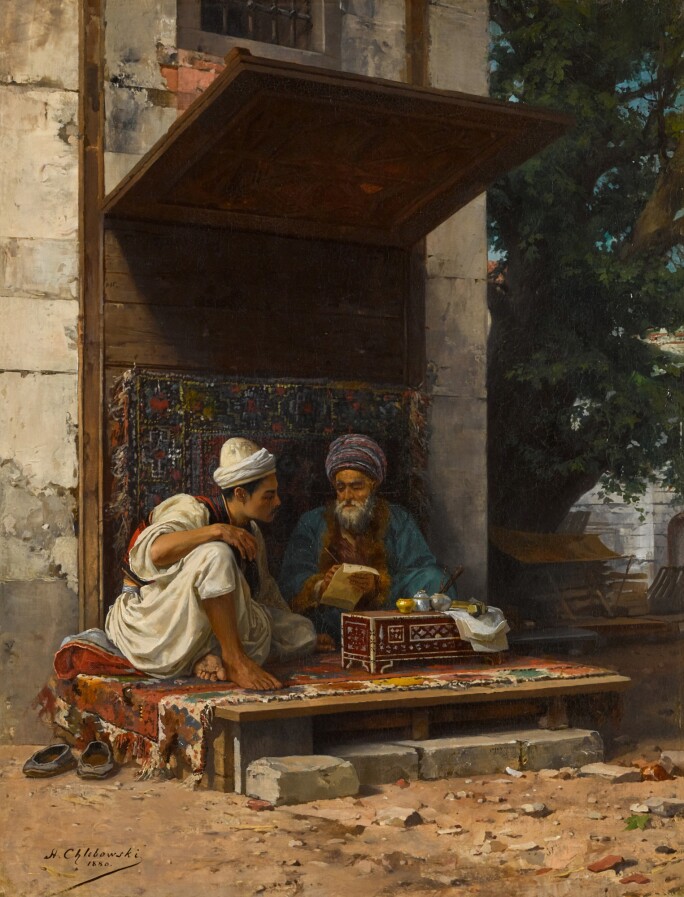 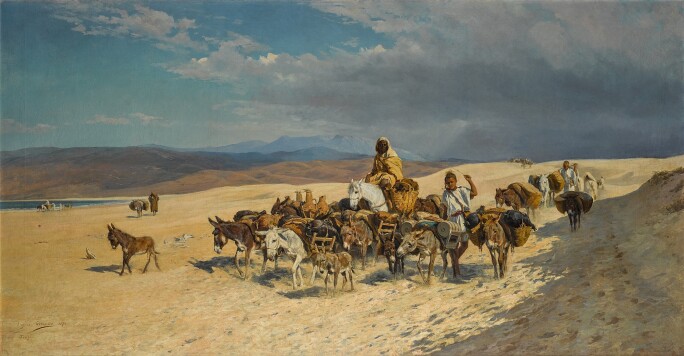 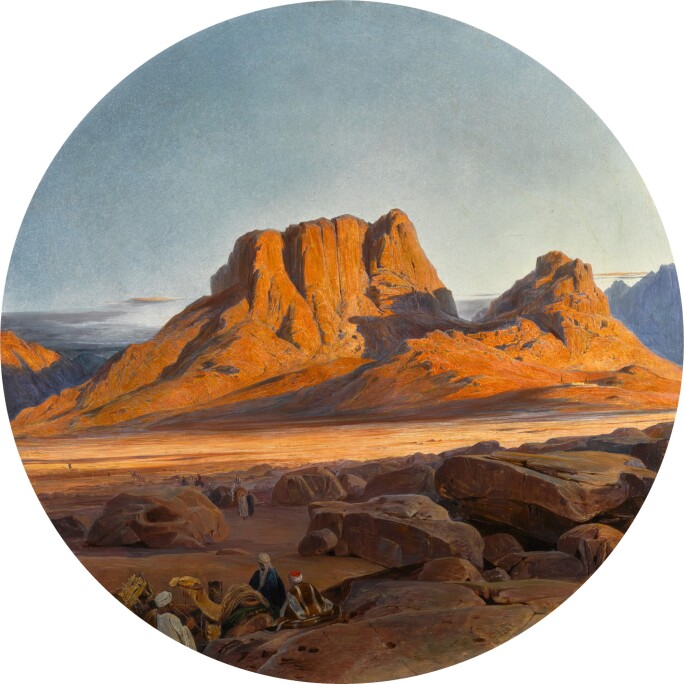 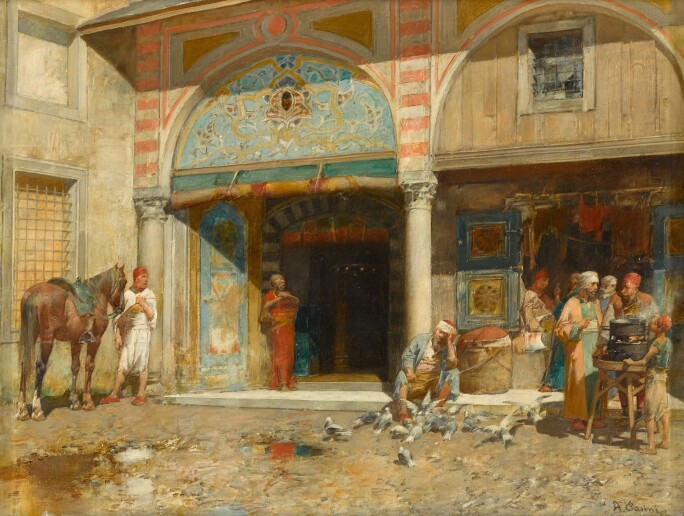 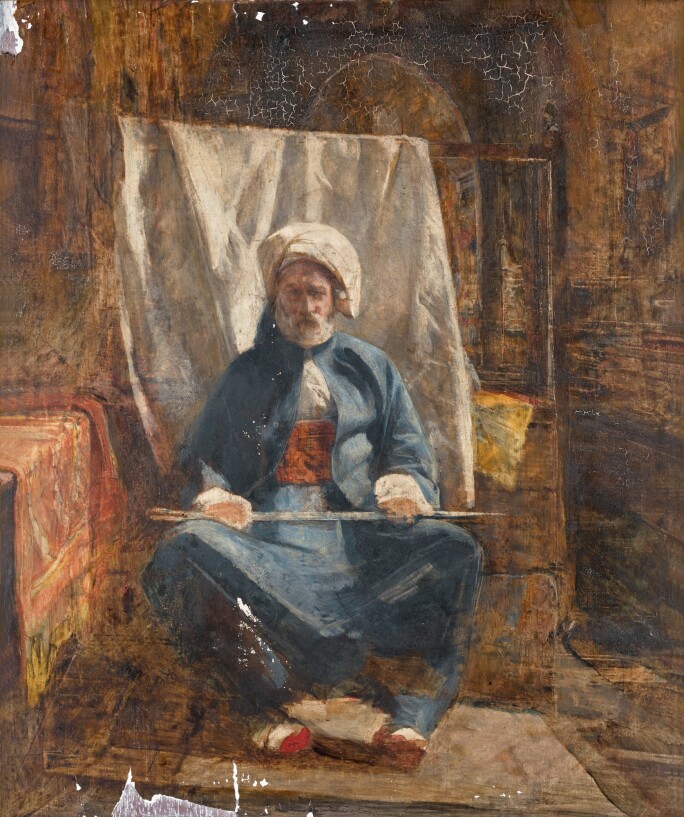 The Najd Collection was born out of the remarkable vision of one man who, beginning in the late 1970s, built what would come to be undoubtedly one of the most significant private collections of Orientalist paintings in existence. The first selection of works from the collection was offered and sold at Sotheby's London in October 2019 in what became a historic, landmark sale of Orientalist art.

The auction set world records for nine artists, including Ludwig Deutsch, Jean-Léon Gérôme, and Gustav Bauernfeind. Now, the final chapter of the storied Najd Collection closes in our upcoming Orientalist Sale, where we are proud to offer the final selection of works from this unparalleled collection.

The connoisseur behind the Najd Collection was among the ﬁrst Middle Eastern collectors to recognise the quality and importance of this Western genre and to anticipate the following it would attract in the countries it depicts. As a trailblazer, he acquired many of the best Orientalist works to appear on the market in the 1970s and 1980s. Apart from his research and well-tuned collector's eye, he was able to amass such a vital grouping through the careful consideration and dedication of his trusted advisor and leading international specialist, Brian MacDermot (1930-2013), the founder of the Mathaf Gallery, Belgravia.

In recent decades, countless collectors and institutions from the Middle East and the wider Islamic world have coveted and ﬁercely competed for Orientalist works, further demonstrating the rarity, importance, and prestige of the Najd Collection.

The collection, which once consisted of 156 paintings in its entirety, reflected its creator's primary focus on constructing a panoptic picture of his homeland and culture as it looked a century or more ago, a time from which few other visual records survive. Having received his education in the West and later becoming an international businessman and philanthropist, he was acutely aware of—and, in fact, embodied—the cultural dialogue between East and West inherent to Orientalist art.

Without exception, the artists he chose for the Najd Collection sought to venture beyond the conﬁnes of their own experiences, travelling to Turkey, North Africa, and the Middle East. The painted legacy these artists leave behind provides what is today recognised as an invaluable documentation and visual narrative of the countries they visited at that time.

Featured Artworks from the Collection 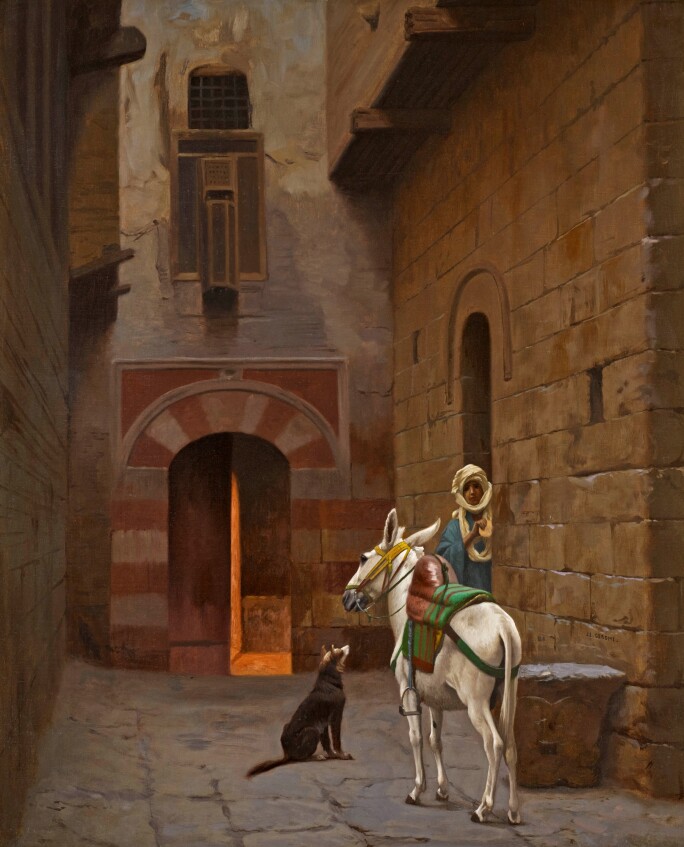 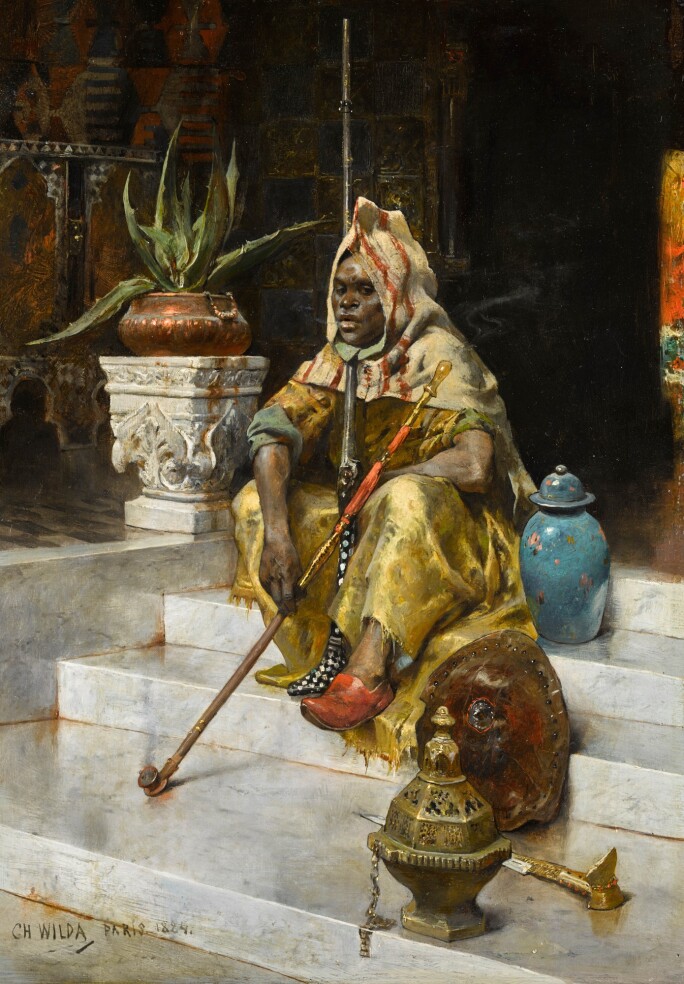 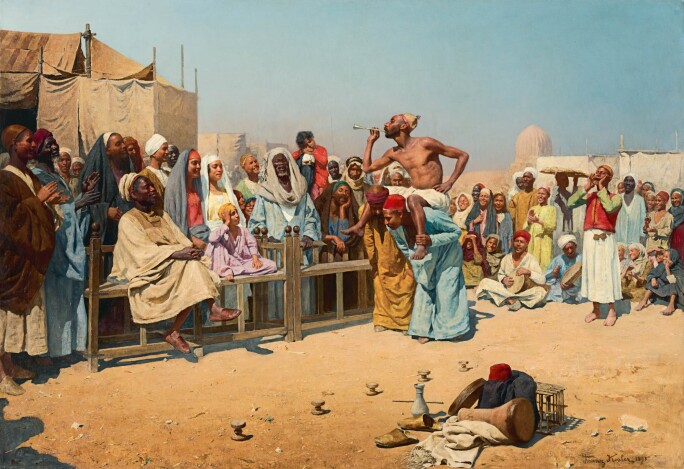 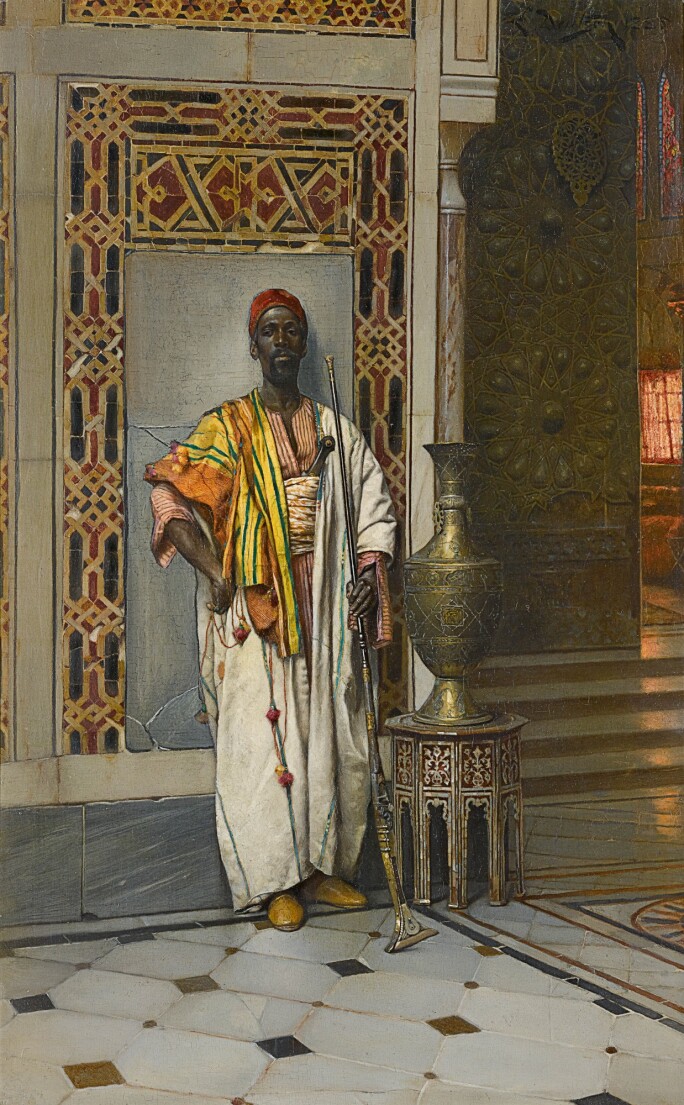 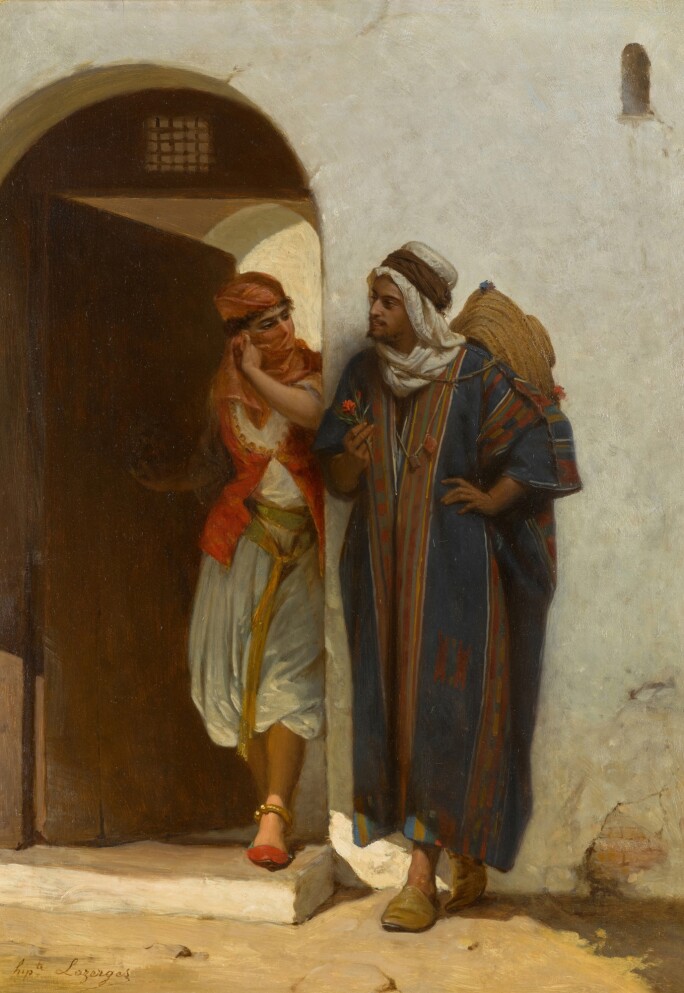 Two glorious pictures by Edward Lear demonstrate the poetic vision of Britain’s most perceptive painter of the glorious sights that intrigued foreign travelers in the mid-nineteenth century. The radiant heat is palpable in Mount Sinai painted in 1853, an exquisitely detailed circular composition, whilst it is the bluster of the desert breeze through a majestic avenue of acacias which creates the atmosphere of The Pyramid Road, Gizeh.

This cleverly composed picture celebrates the ancient history of Egypt with the pyramids rising from the floodwaters on the horizon and the country’s modern advances – the road had only been built a few years earlier as part of the celebrations for the opening of the Suez Canal. Both paintings are well-known from exhibitions and publications but have not been seen on the art market since the mid-1990s. 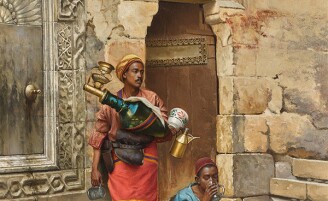 Past Auction
The Orientalist Sale including Works from the Najd Collection
22–30 March 2021 | 1:00 PM BST | London