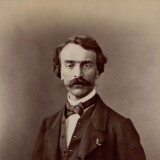 Born 1824. Died 1904.
Interested in selling a work by Jean-Léon Gérôme?
Get an Estimate

Lots by Jean-Léon Gérôme at Sotheby's 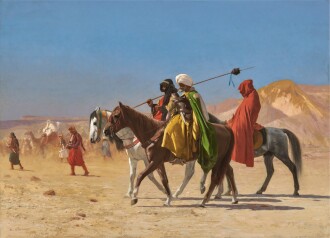 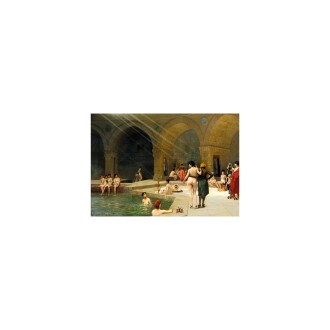 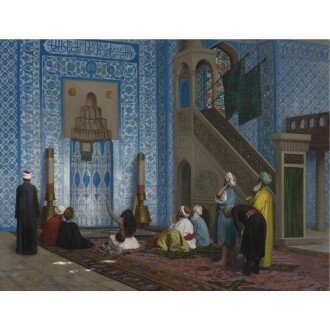 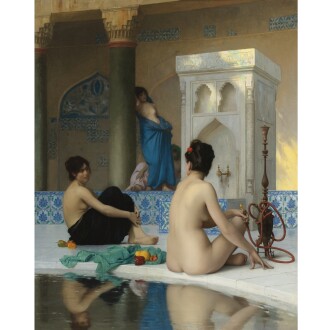 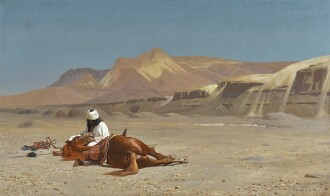 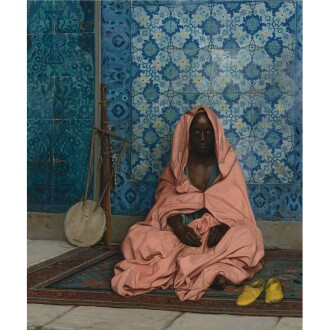 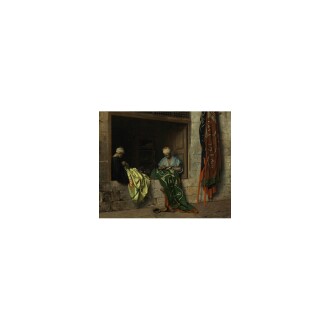 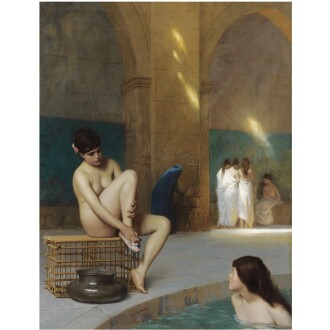 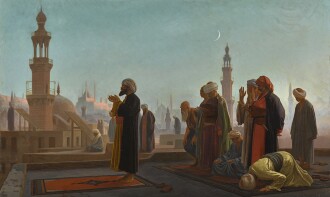 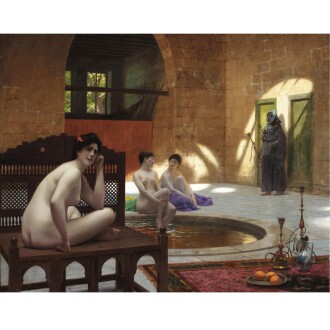 Jean-Léon Gérôme is considered among the greatest French academic painters of the 19th century, following in the footsteps of the father of French neo-classical painting, Jacques-Louis David. Born in 1824 into a modest family in Vesoul, Haute-Saône, Gérôme moved to Paris in 1841 and enrolled at the Ecole des Beaux-Arts in the studio of Paul Delacroche and later that of Charles Gleyre. He debuted at the Salon in 1847 with his genre painting The Cock Fight. The work caught the attention of Théophile Gautier who praised it in an article for La Presse, earning Gérôme instant fame. Gérôme and Gleyre’s other students were subsequently encouraged to work in the same vein, appealing to the critics. This led to the formation of their group “Les Pompiers” (named after the French fire brigade whose members wore Greek-style helmets), also known as “Les Néo-Grecques”, which Gérôme headed.

Gérôme’s 1861 Salon submission Phryne before the Tribunal ended his relationship with his master: Gleyre had been working on his own painting of the same title when Gérôme pipped him to the post with his own version and presented it to the Salon before Gleyre had even finished his work. Age of Augustus (1855) demarcates Gérôme’s venture into grande peinture. Poor critical reception, however, forced Gérôme to make an about-turn in 1857, and he returned to principally orientalist and historical easel painting. Throughout the 1860s, Gérôme’s comrades continued to depict antiquity with sensuality and frivolity whilst his oeuvre underwent an evolution: his ethnographic paintings became more profound whilst his ancient scenes grew increasingly serious. Gérôme visited the Middle East between 1854 and 1872, Constantinople and Cairo being his preferred locations due to the magnificent architecture and intriguing human subjects. These trips inspired many works which are considered among the finest in the Orientalist genre. From 1878 until his death, Gérôme also produced many sculptures; these works were largely historical and traditional yet still in many ways innovative.

By the second half of the century, Gérôme was one of the most honoured artists worldwide; he was admired by his pupils and a respected gentleman amongst European and American aristocrats. He gained a multitude of awards, including numerous medals at the Salon and the Exposition Universelle over the course of his career, and was awarded the Chevalier de la Légion d’Honneur and later Commandeur. On the invitation of the French government, Gérôme taught at the École des Beaux-Arts from 1864 until his death and became a jury member for the Exposition Universelle of 1889.

Gérôme’s disputes with the Impressionists marked the start of his decline in popularity. At the time of his death in 1904, Gérôme’s achievements earned official praise, but public opinion toward him was indifferent. Following a retrospective exhibition in Paris, recognition of Gérôme’s remarkable skill increased substantially. He is now considered to be one of the most influential and imaginative painters of the 19th century, and his work can now be seen in international collections including, to name a few, The Wallace Collection and The National Gallery in London, the Hermitage State Museum and Paris’s Louvre and Musée d’Orsay.

Museums with Works by Jean-Léon Gérôme 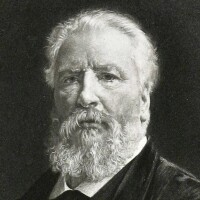 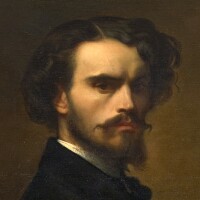