A ssembled more than forty years ago by a discerning private European collector with eclectic taste, this extraordinary collection was first presented to the public in July 1981 at the Katonah Art Gallery, New York. The breadth of the selection, with its richly coloured iconography, beautifully evokes distant and dreamlike worlds.

Collected across a broad geographic region from Sumatra, Java, Sulawesi, Sangir and Savu, these textiles conjure up images of the Indonesia of travellers, merchants and trade. The elegant tampan of the Lampong region of southern Sumatra are a woven echo of the junks that once plied the seas in that part of the world.

More than anything, these fabrics bring to life the people that created and wore them. Here, transposed into the unique language of colour, weaving and adornments, lies a whole world structured by rituals - initiations, weddings, burial rites, rice planting, harvest ceremonies - in which textiles play a central role. Each of these precisely selected pieces is now part of an exceptional collection, which is not only one of the most exhaustive but also one of the highest in quality, offering a magnificent homage to the exceptional textile art of South East Asia. 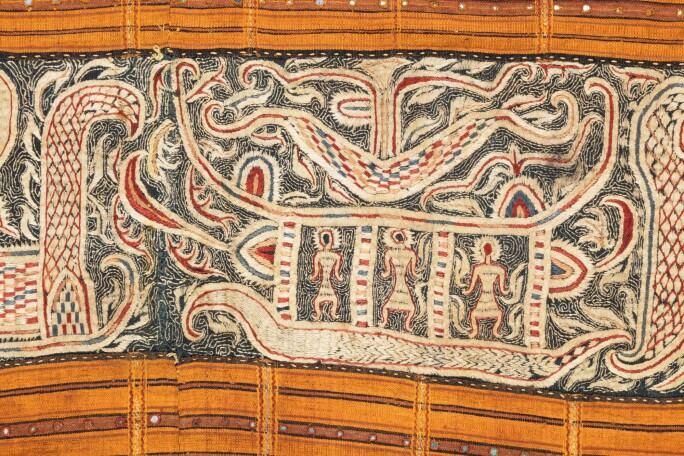 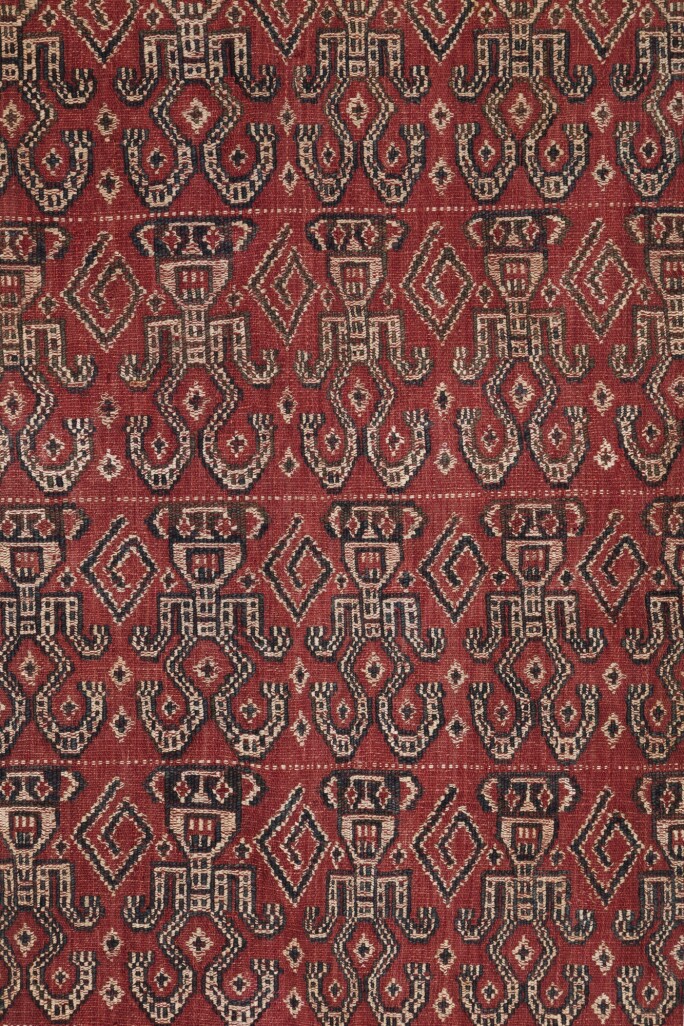 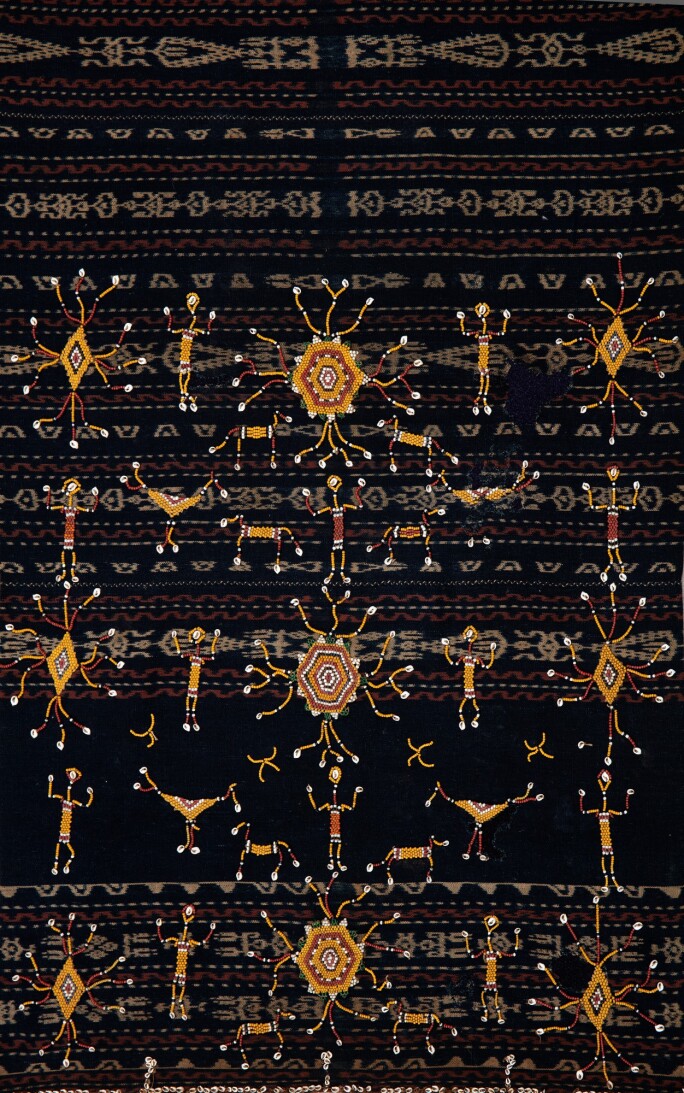 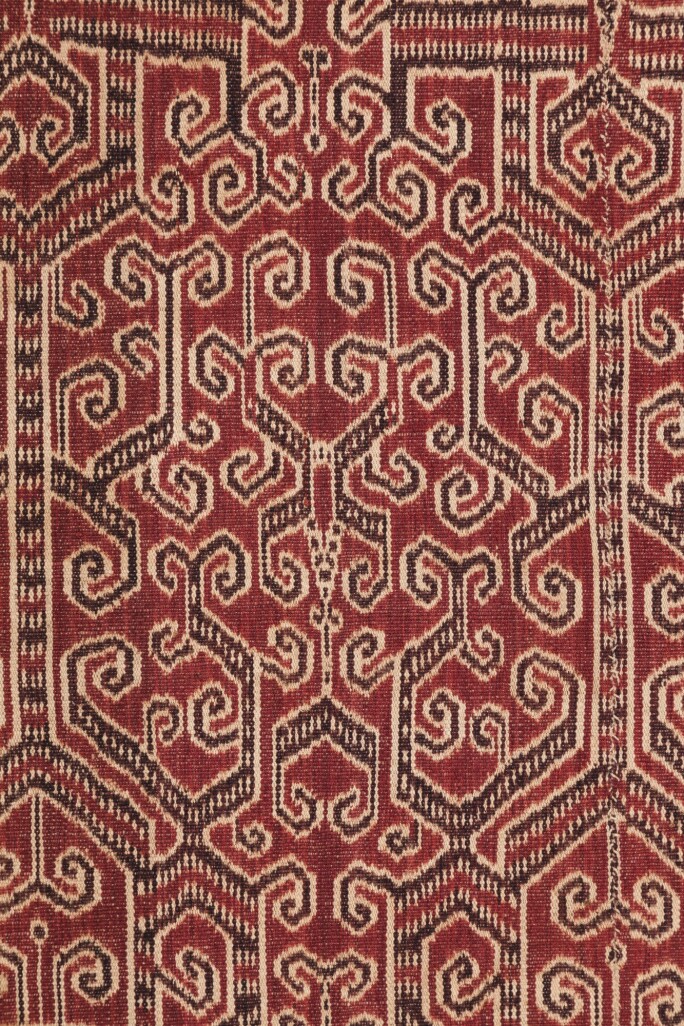 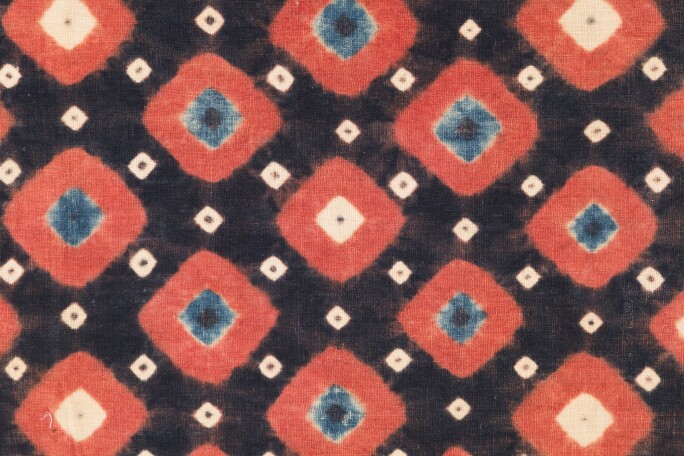 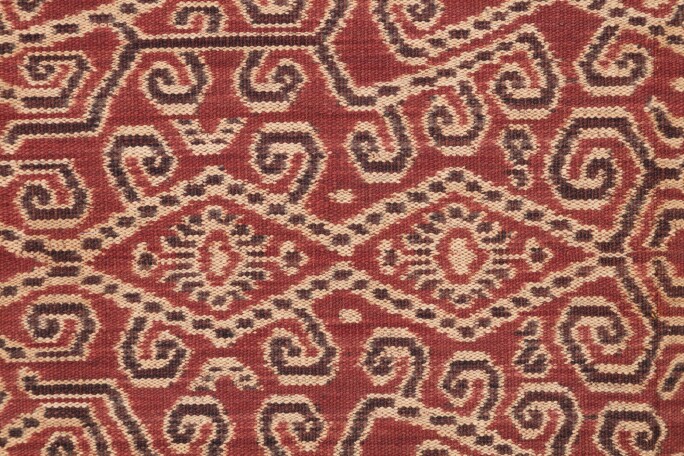 "When I look at certain textiles, specifically those from Borneo, which I know so well, I travel back to the moment of our first encounter and remember the people I met. In the 1980s visitors to longhouses were extremely rare, especially further upriver, and their hospitality was simply overwhelming.

Again, I wonder at the diligence of the woman who prepared the cotton yarn, painstakingly tied-up the warp ikat patterns, managed the dying process which involved the crucial mordanting of the threads and the actual dying process. I marvel at how the women in the past were able to produce the convoluted patterns.

The designs go by a lot of names, and variations of certain groups start to reveal themselves with growing experience.

The snake motif is often to be seen running along the full length of the textile with hooked diamonds in between the zigzag snake bodies. It is the weavers’ skill to produce an effect which is both calming, dynamic and not repetitive at the same time.

Another astonishing group goes by the name of “firefly” which shows a complex design of dark straight-lined motifs branching off and reuniting along the length of the textile with an abundance of light hooked outgrowths. This design induces the onlooker to follow the lines incessantly, creating a feeling of steady motion just like the twinkling of the thousands of fireflies which light up the large jungle tree.

The Iban also produce another textile group called pua sungkit. Its name points to its special textile technique for which supplementary wefts are wrapped around warp threads to produce the pattern against a red ground. The pua sungkit are quite rare and valued very much both within the culture and amongst collectors.

Some designs of the textiles in this collection have been inspired by Indian trade cloths others depict abstract illustration of human beings or rows with paired snakes which bite into their tail ends. The diversity of textiles in the collection is a mirror for the trade and cultural exchange in historic times, each textile rich in meaning, and history." 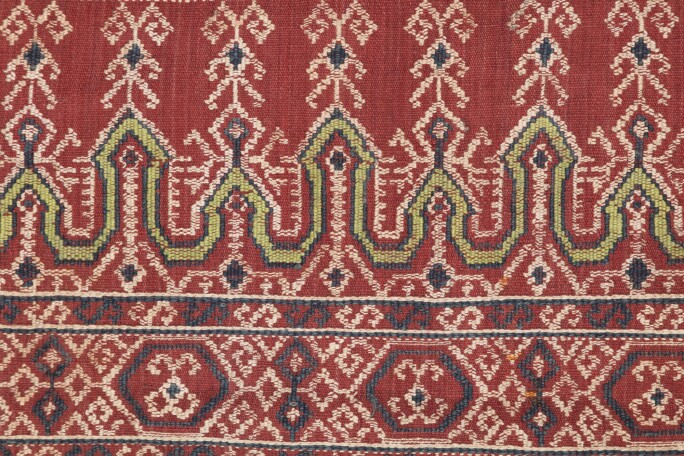 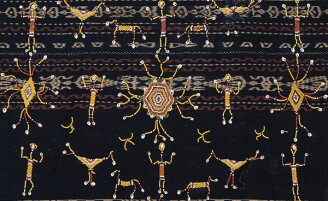