T he Paris Impressionist and Modern Art auction will present an exceptional painting by Vincent van Gogh, Scène de rue à Montmartre (Impasse des deux frères, le moulin à poivre), sold in association with the Parisian auction house Mirabaud-Mercier. Painted in 1887, when Van Gogh lived in Montmartre with his brother Theo, the painting represents one of the most famous places in Paris, the Moulin de la Galette. Kept for nearly a century in the same private collection, hidden from public view, the reappearance of this painting on the market is a rare event.

From the Collection of Couturier Jeanne Lanvin’s daughter, Marie-Blanche de Polignac, an enchanting pastel by Degas, Danseuse au tutu vert, will be offered at auction for the first time since 1954. Depicting the artist’s most emblematic motif, it justifies Degas' reputation as the painter of dancers. Another important Impressionist work featured in this auction is La Récolte des pois, a large gouache executed in 1887 by Camille Pissarro, commissioned by Theo van Gogh and recently restituted to the heirs of the famous mid-century collector Simon Bauer.

Surrealism is represented by two oils on canvas by Francis Picabia : Adam et Eve which belongs to the iconic series of transparencies and La Corrida which is a cinematographic and colourful scene of bullfighting, and by a masterful triptych by Roberto Matta, Prince of blood, evocation of a world in perpetual transformation. Other works by great masters of modern art include La Sirène by Kees van Dongen and Chiens de mer by Henri Matisse. Sculpture is represented by Giacometti with the unique plaster Quatre Figurines and a group of four bronzes by Rodin including Le Baiser and L’Eternel Printemps. 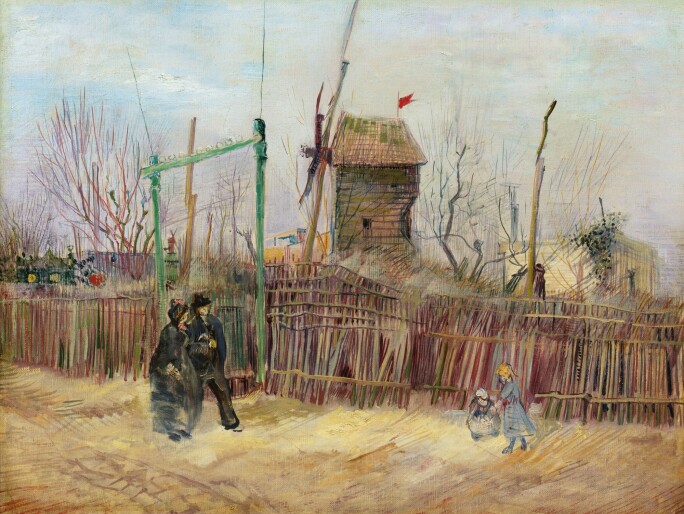 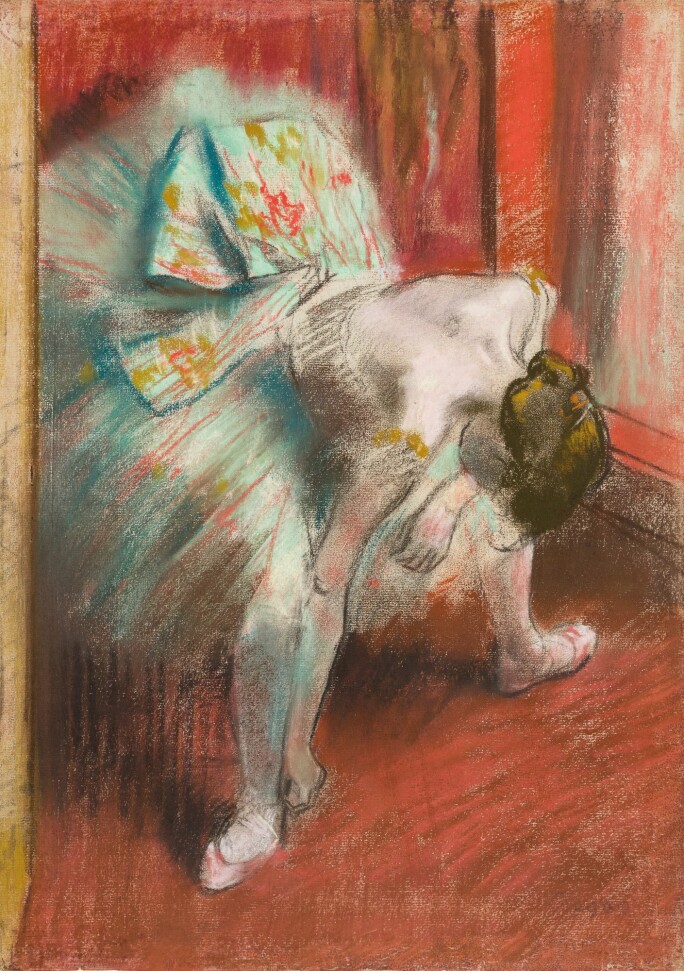 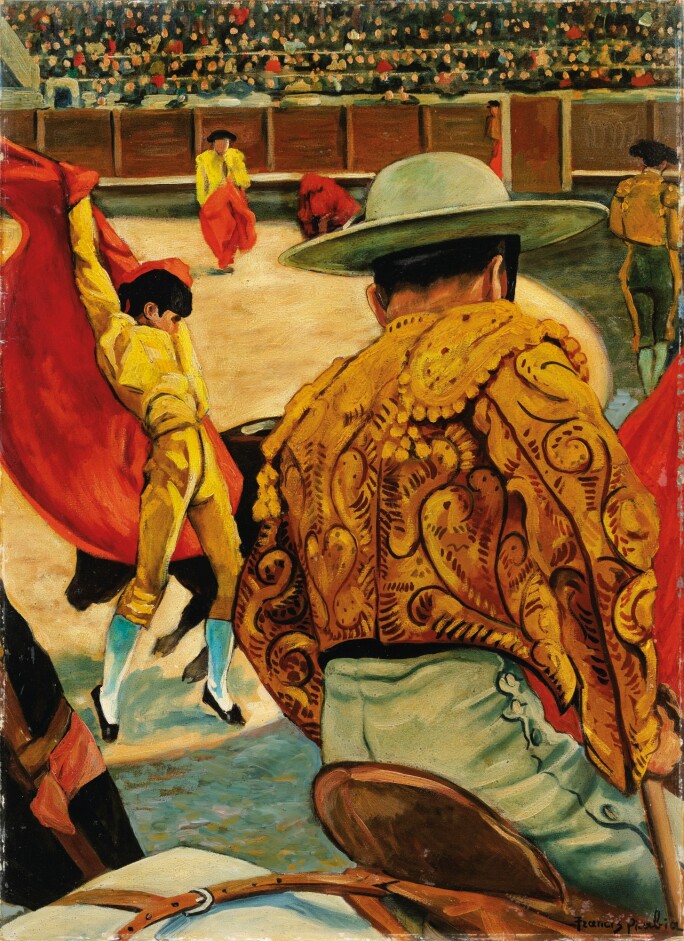 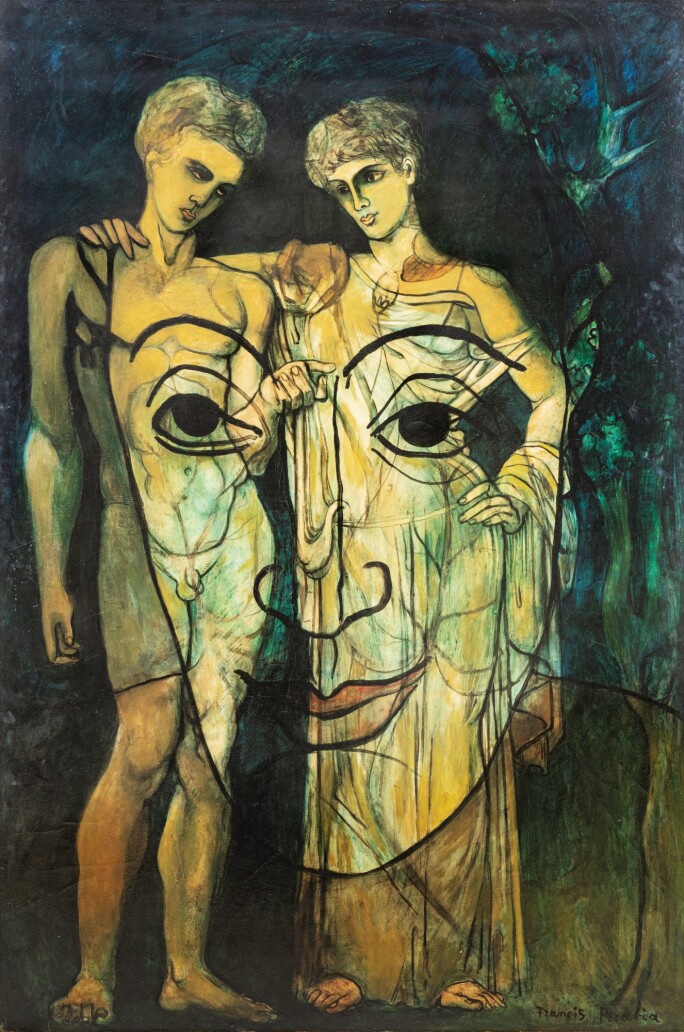 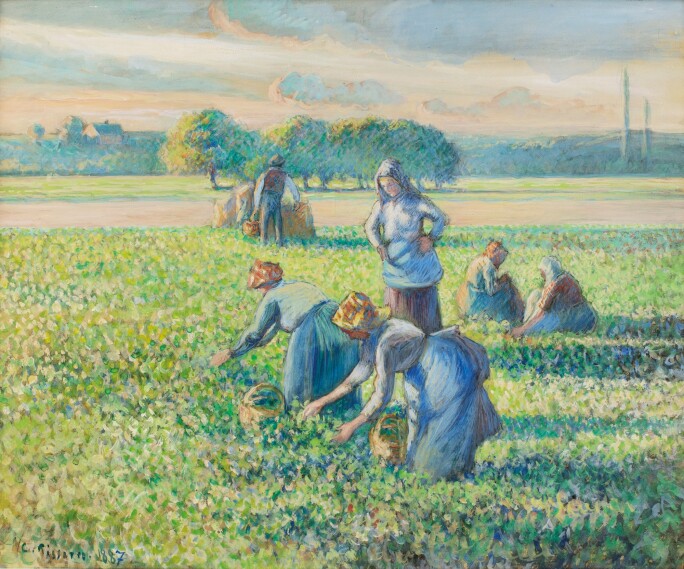 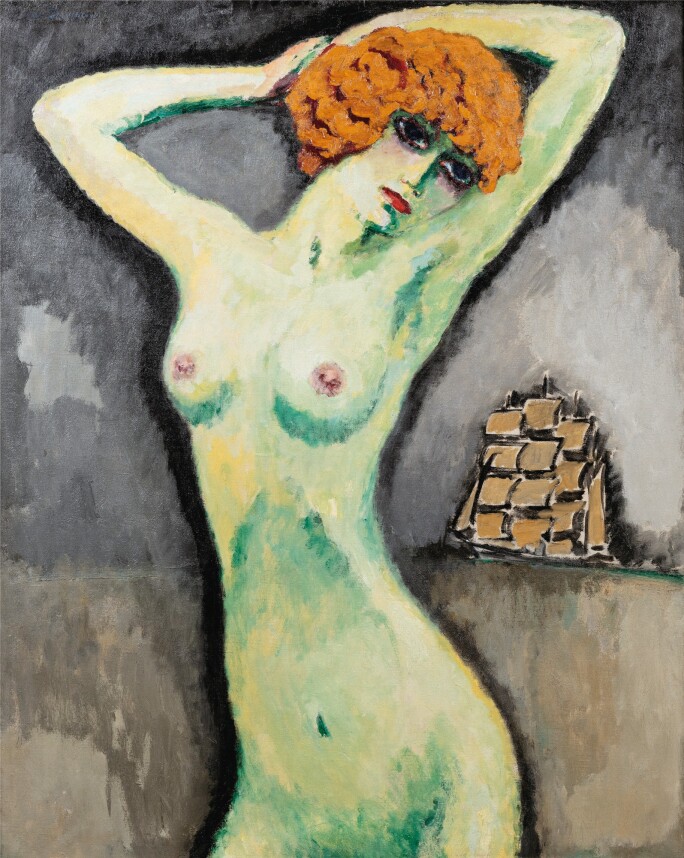 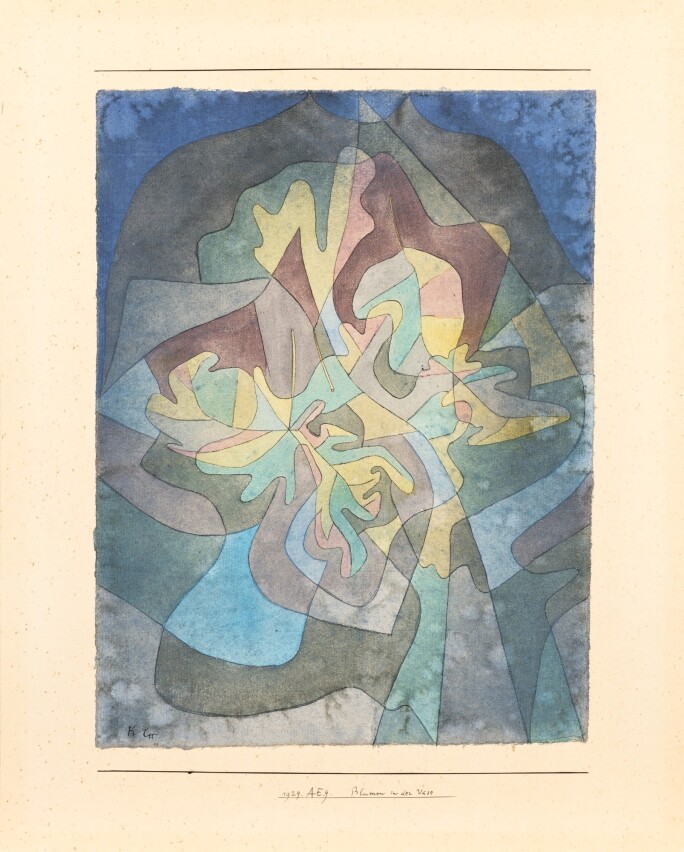 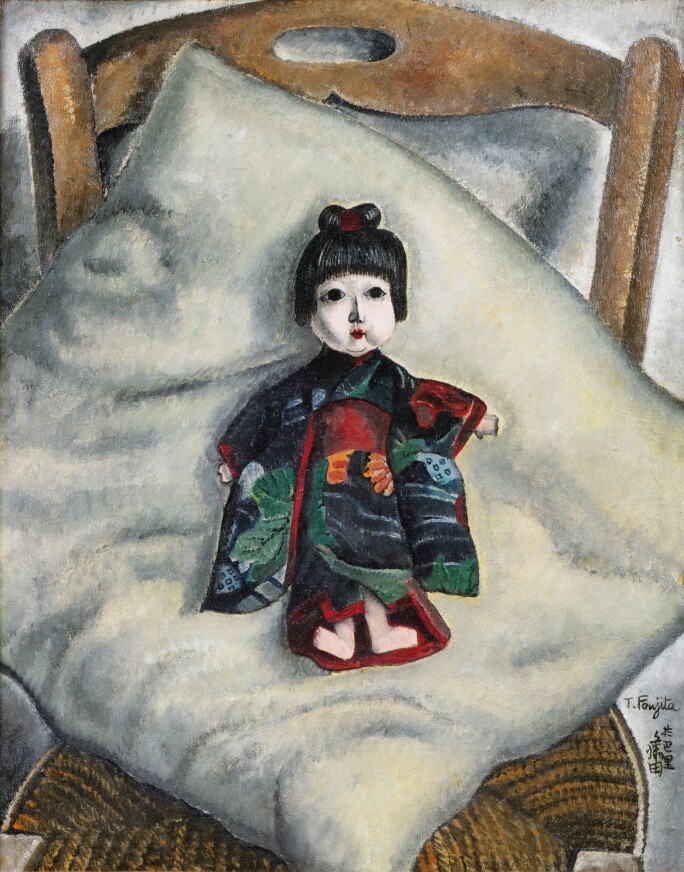 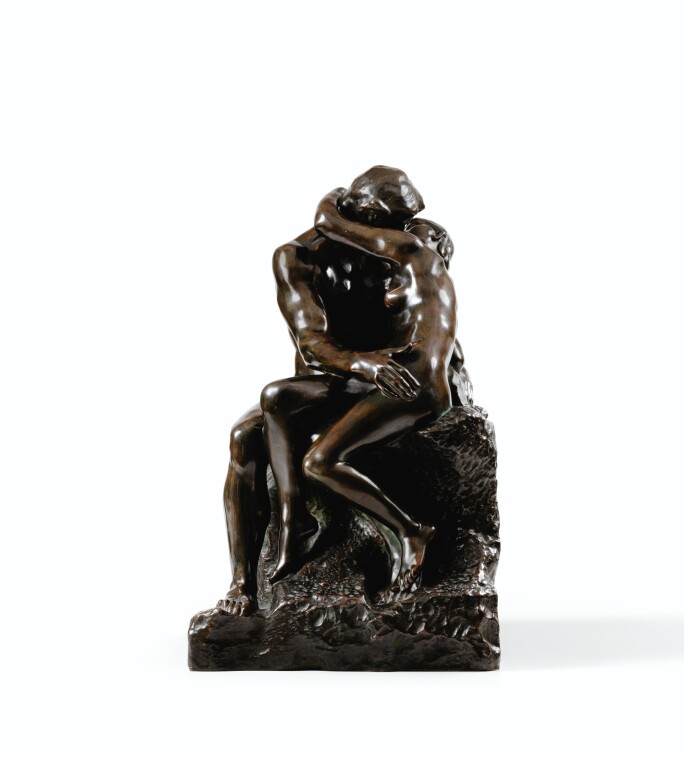 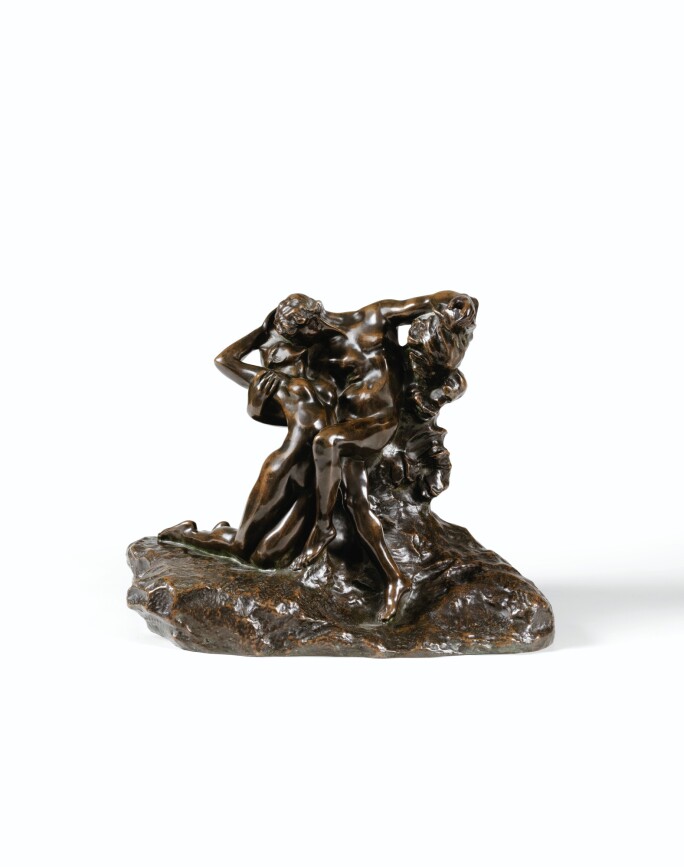 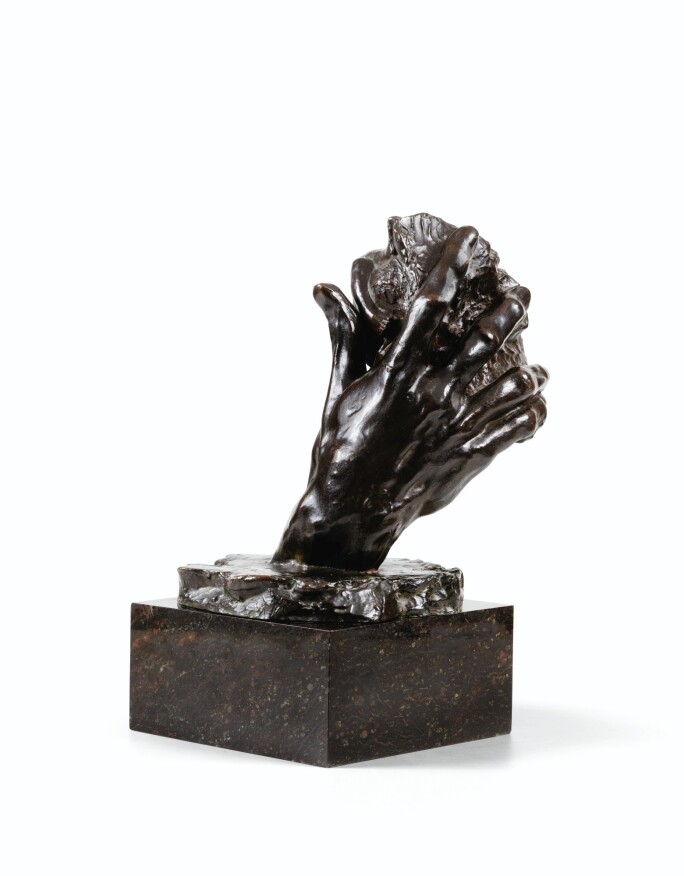 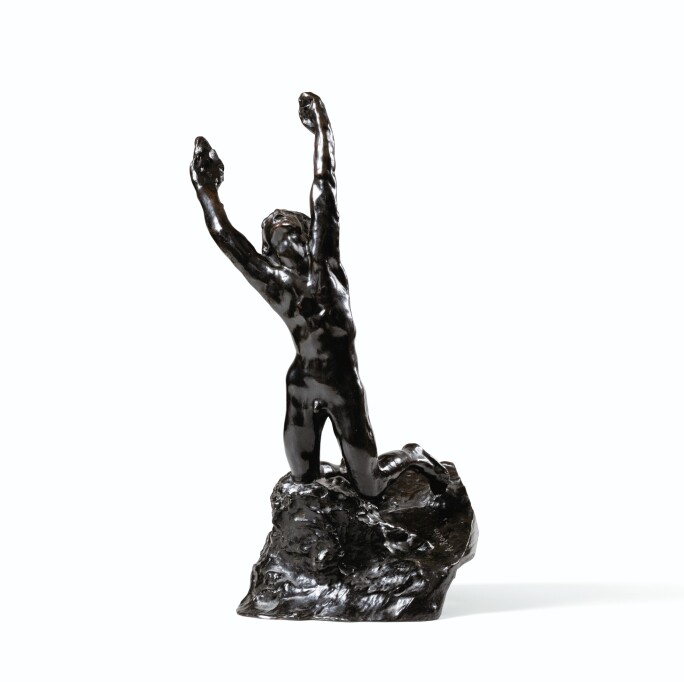 “The sculptor must learn to reproduce the surface, which means all that vibrates on the surface, soul, love, passion life… sculpture is thus the art of hollows and mounds, not of smoothness, or even polished planes”

The oldest French fashion house in operation, Lanvin was founded by Jeanne Lanvin over 130 years ago, in the late 19th century, when she opened a small hat shop in Paris at the age of twenty-two. Just a few years on, she had founded the company that still bears her name on rue du Faubourg Saint-Honoré, a few steps from where Sotheby’s Paris office is now located.

The birth of Lanvin’s only daughter, Marguerite (known as Marie-Blanche), set in motion a new path for the fashion house: she no longer focused exclusively on designing hats and instead developed a line of children’s apparel, an innovative concept at the time. Truly her mother’s muse, little Marguerite even appeared in Paul Iribe’s design of the Lanvin house logo, which was based on a touching photograph of Jeanne and Marguerite at a costume ball. Later on, Marie-Blanche became the director of the fashion house following her mother’s death in 1946. From her collection comes this exceptional pastel by Degas, Danseuse au Tutu Vert, 1887, depicting the artist’s most emblematic dancer motif, a fitting tribute to a French fashion house built on the premise of classic femininity. Coming from the collection of Jeanne Lanvin herself, having been inherited by her daughter, the auction presents a pastel by Degas featuring three portraits of Mademoiselle Salle, a pastel by Pissarro, Deux jeunes filles dans un jardin a painting by Pierre-Auguste Renoir, La belle saison, and a painting by Jean-François Raffaëlli, Les courses à Jersey, circa 1900. Together, these pieces reveal that Jeanne Lanvin was not only one of the world’s great fashion designers, but also a great collector. 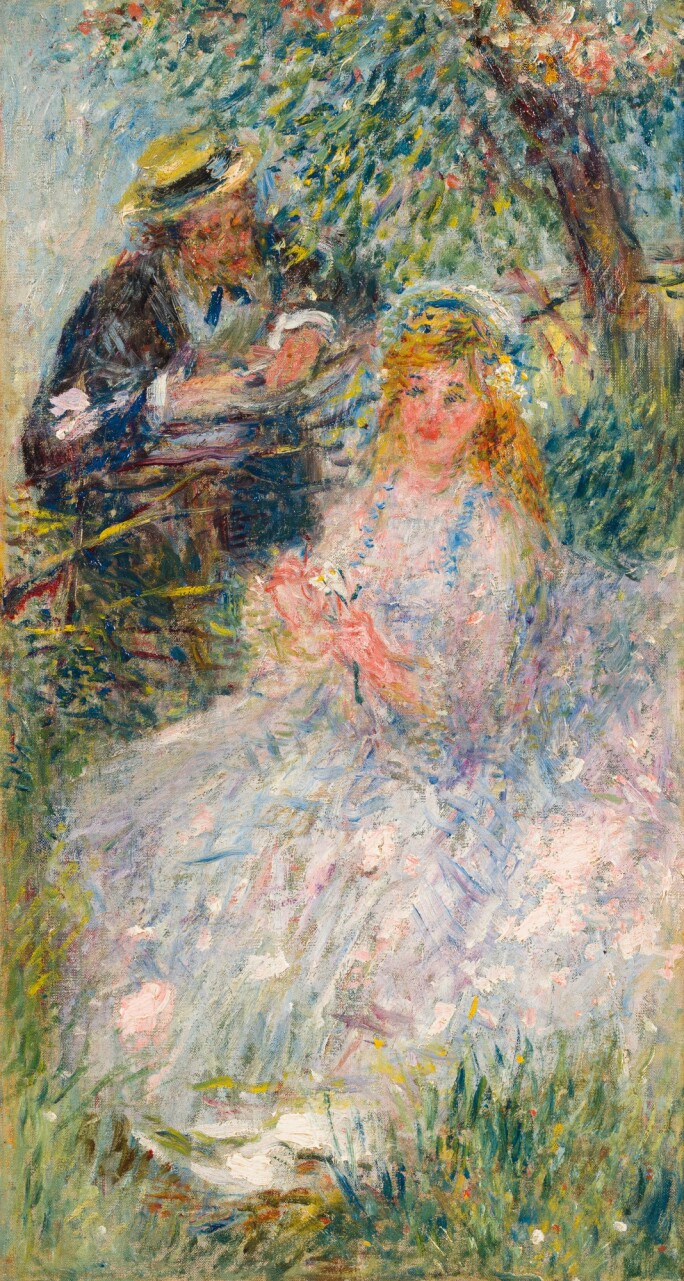 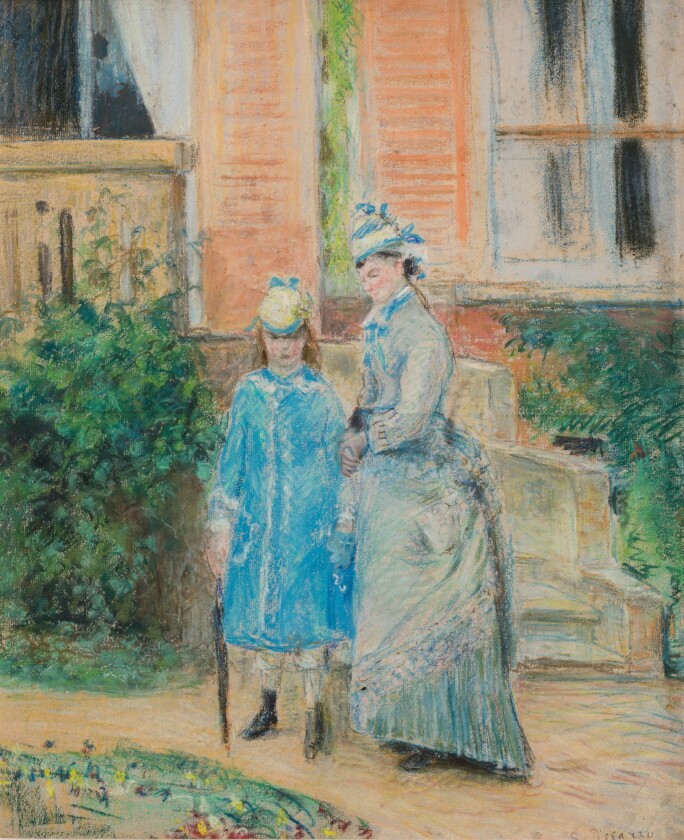 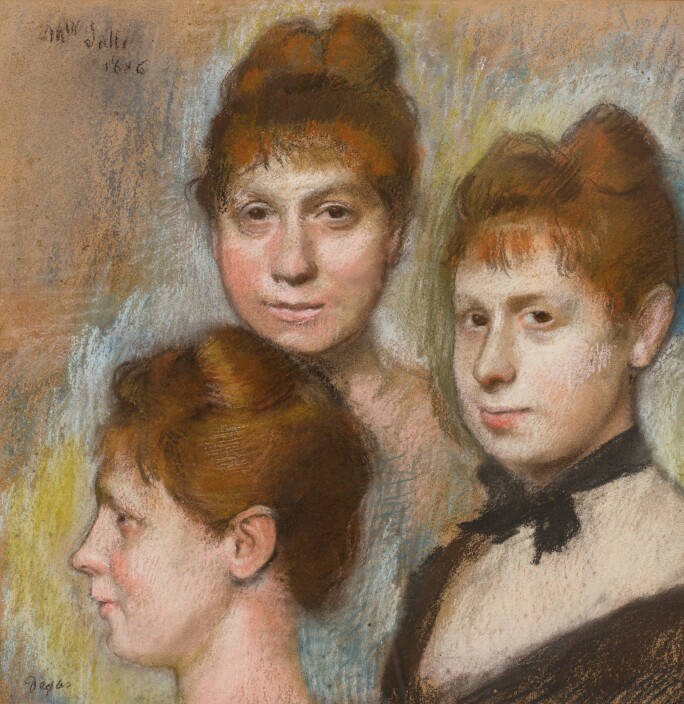 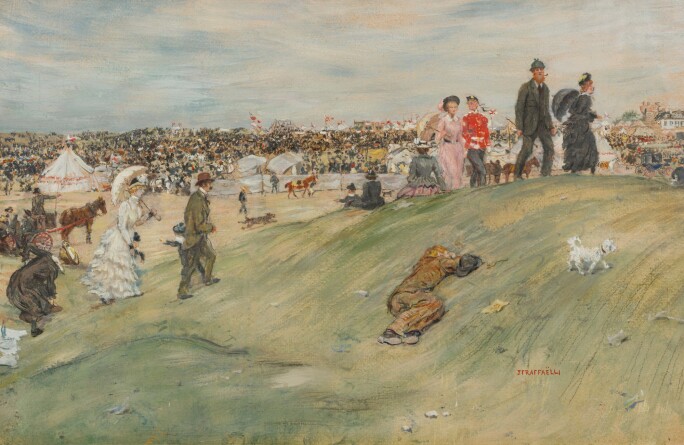