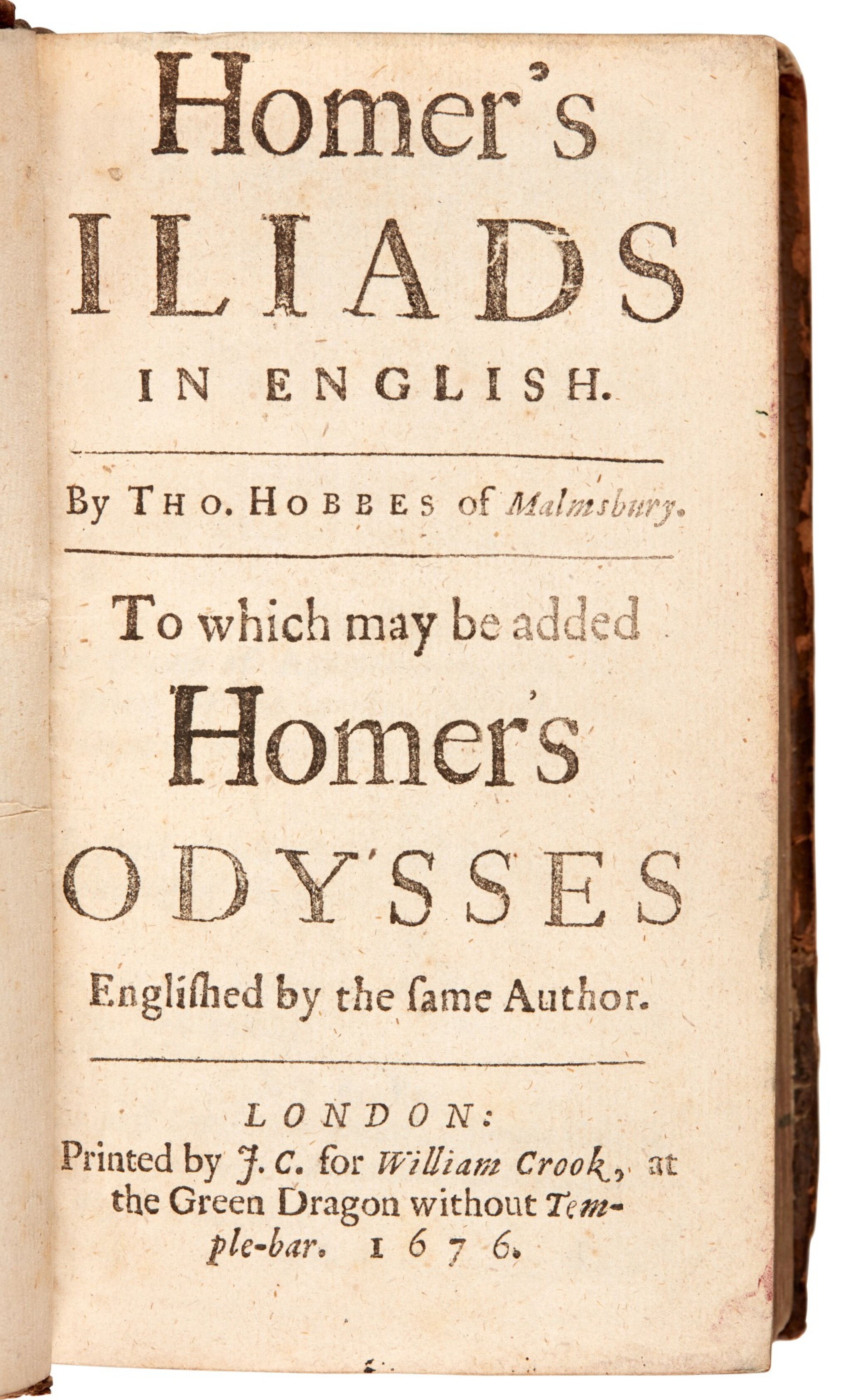 FIRST EDITIONS of Hobbes's translations from Homer, completed at the end of his life when censorship meant he no longer had other means of expressing his views in print; it has been opined that his Homer continued with the arguments of Leviathan. Hobbes adapted his translations to express his thoughts on the rightful place of kings; for example, he shows Agamemnon as a more worthy king than Homer had depicted him. Hobbes also sought to downplay the influence of classical texts on contemporary political philosophy, which he thought had caused his contemporaries to challenge the established order.