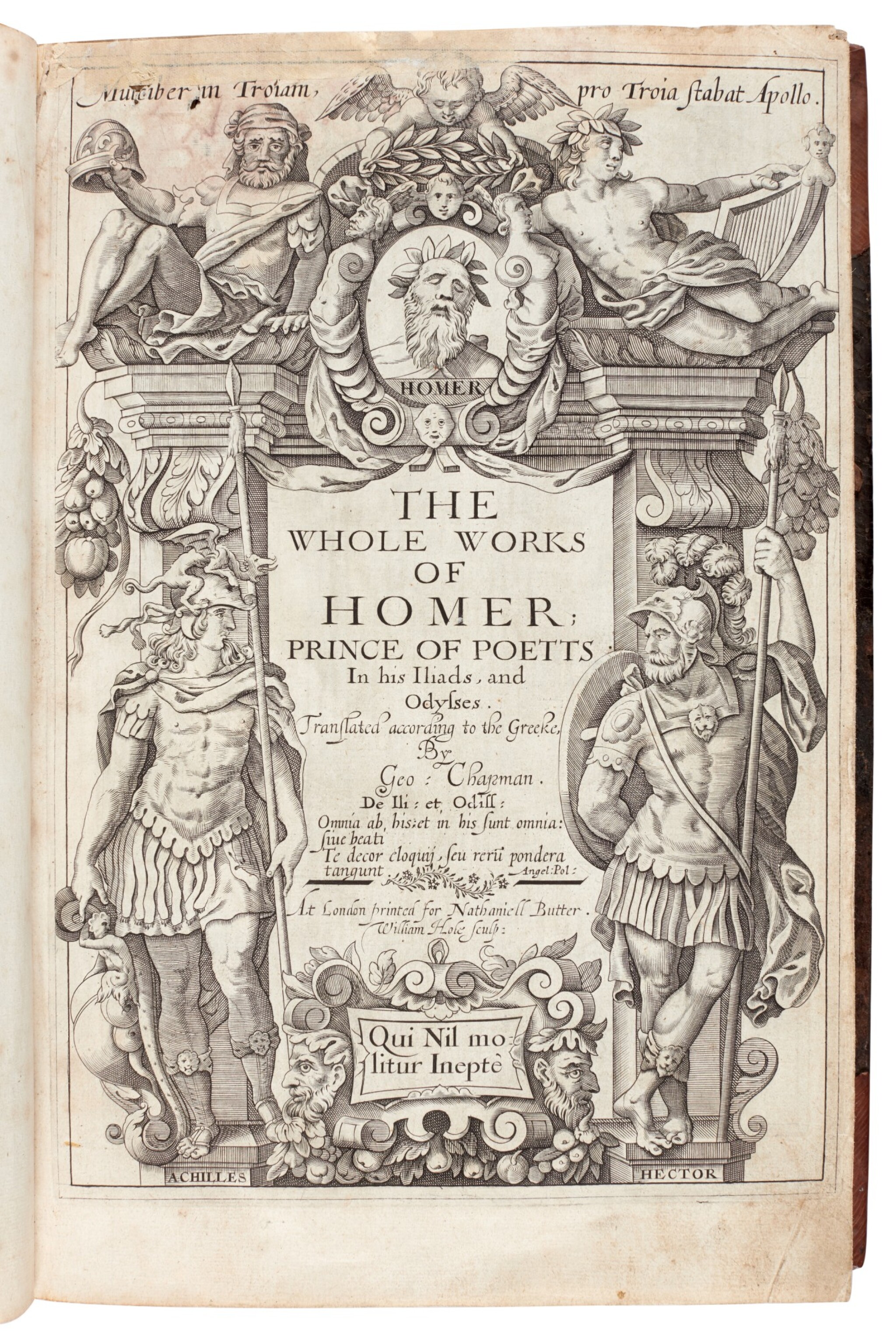 The whole works of Homer... in his Iliads, and Odysses. Translated according to the Greeke, by Geo. Chapman. London: [Richard Field and William Jaggard] for Nathaniel Butter, [1616?]

First collected edition of Chapman's Homer; Chapman's first translation of a section of the Iliad appeared in 1598 (as Achilles Shield), then the two completed works were issued separately in around 1611 and 1615, with some of the 1598 text revised in the light of Chapman's deeper understanding of Homer. This copy retains the engraved title-page to the Odyssey, which ESTC states is usually cancelled in this edition.

Chapman's translation was in verse, for which he decided to reject a verbatim translation on the grounds of fluency and elegance. He added some moral and ethical changes and observations, so that his narrative would display the characters in a somewhat more chivalric and less pagan manner. His translation exerted considerable influence on English literature, providing for the first time in English a comprehensible and accessible version of Homer's epics for non-Greek or Latin readers. Chapman made extensive use of Jean de Sponde's Latin commentary (1583, itself based on Eustathius) for his translation, as knowledge of Greek was most uncommon at the time.

For Thomas Hobbes's translation from 1676, written for quite a different (political rather than literary) purpose, see lot 147.