With its low rents and vibrant nightlife scene, Montmartre became a hub for the avant-garde. A social butterfly, Lautrec frequented the neighborhood’s cafés, cabarets and brothels, becoming a colorful fixture of the bohemian scene. He was equally adept, however, at disappearing into a crowd; Lautrec’s short stature allowed him to observe his subjects unnoticed, affording him a uniquely candid view of Montmartre life. His oeuvre portrays a diverse cross-section of the district’s population, from dancers and prostitutes to aristocrats and intellectuals.

2. He was a technical pioneer.

A leading figure of Post-Impressionism, Lautrec’s innovations are perhaps most strikingly exemplified in his prints and posters. The first and most successful artist to utilize the medium to create “fine art”, his contemporary adoption of the latest color lithography techniques – which allow larger prints and bolder, more nuanced colors and textures – place him at the forefront of modern printmaking. One of Lautrec’s most notable technical inventions, a spattered ink technique called crachis, is used to dazzling effect in a number of his works, heightening the hazy and glittering sense of atmosphere in his depictions of Paris life.

3. While as an adult he would reject the bourgeois lifestyle, Lautrec was born an aristocrat.

Henri Marie Raymond de Toulouse-Lautrec Monfa was born in Albi, France, a descendant of three aristocratic lineages dating back to the Crusades. His father, Alphonse Charles Comte de Toulouse-Lautrec Monfa, was an avid hunter and womanizer, and a true blue-blooded eccentric (he reportedly once arrived to lunch at his parents’ château in a tutu) – while the Comtesse, née Adèle Zoë Tapié de Celeyran, was a devoutly religious woman and doting mother. Had he outlived his father, Lautrec would have inherited the title of Comte.

Already a sickly child, at the age of 13 Lautrec fractured his right femur, and at 14, the left. The breaks did not heal properly, and his legs subsequently stopped growing. As an adult, Lautrec stood just 4’11”, with a typically developed torso but shortened legs. It is believed that Lautrec’s fragile bones and growth restriction were due to a genetic disorder, possibly pycnodysostosis. Often confined to his bed and unable to participate in typical aristocratic pastimes like hunting and horseback riding, Lautrec instead nurtured his passion for the arts.

5. …Likely a result of inbreeding.

The Comte and Comtesse de Toulouse-Lautrec were first cousins, sharing a grandmother. Lautrec was the couple’s only surviving son; a younger brother died in infancy. Other congenital conditions are recorded in the family, including three first cousins who suffered severe deformities of the extremities. Lautrec’s disability can likely be attributed to the family history of consanguineous marriages, not uncommon among the aristocracy.

6. Lautrec was a gifted – and eccentric – chef.

A great gourmand, Lautrec loved to cook and host raucous dinner parties. His collection of recipes was published decades after his death by his close friend and art dealer Maurice Joyant under the title L’Art de la Cuisine. Lautrec’s inventive and sometimes outlandish dishes include various preparations of porpoise, squirrel, grasshopper and heron. His culinary instructions are equally idiosyncratic, for instance: “Having killed some marmots sunning themselves belly up in the sun with their noses in the air one sunrise in September, skin them and carefully put aside the mass of fat which is excellent for rubbing into the bellies of pregnant women…cut up the marmot and treat it like stewed hare which has a perfume that is unique and wild.”

7. Ironically, Lautrec’s academic training introduced him to the avant garde.

As a young artist, Lautrec studied under the academic painters Léon Bonnat and Fernand Cormon. While he would rebel against the academic tradition, Lautrec’s early training was formative in a number of ways. Bonnat’s studio, located in the Montmartre district of Paris, introduced Lautrec to the vibrant bohemian neighborhood where he would live and work for the bulk of his career. Cormon, who was less strict in his pedagogy than Bonnat, encouraged his students to explore their surroundings in search of artistic subjects, and it was during this period that Lautrec began painting café and brothel life. Around this time, Lautrec also developed lifelong friendships with fellow post-Impressionists Vincent van Gogh and Émile Bernard, who were also students of Cormon’s.

8. His father disinherited him.

The Comte was unhappy with his son’s choice to leave the family estate in pursuit of an artistic career. Upon learning that Lautrec was using the family name to sign his art, his father partially disinherited him. His uncle, apparently equally displeased, cast several of his paintings onto a bonfire. Lautrec’s mother, however, continued to financially support her son.

9. He created iconic posters for the Moulin Rouge.

Lautrec was commissioned to produce a series of posters for the newly opened cabaret. His first, La Goulue at the Moulin Rouge (1891-92), depicts the dancer Louise Weber, known as La Goulue (“the glutton”), who is credited with inventing the French cancan. Lautrec’s large-scale posters, with their celebration of star performers, secured rapid international fame for the venue. Exhibited all over Paris, his unique graphic sensibility came to define the aesthetic of Belle Époque Paris. In fact, his work was so popular that Parisian fans were known to shadow the workmen as they hung Lautrec’s posters so that they could peel them down and take them home before the glue dried.

Lautrec’s highly individualized portrayals of Montmartre entertainers propelled his performers to international celebrity, and for the first time, elevated the medium of advertising to high art. The dancers Jane Avril and Louise Weber, cabaret performer Yvette Guilbert, and singer-songwriter Aristide Bruant, immortalized in Lautrec’s poster art, became household names. His instinctive grasp of celebrity and blurring of commercial and fine art prefigures the Pop Art movement, and the work of Andy Warhol in particular.

11. He invented a cocktail.

Credited with inventing the Tremblement de Terre, an extraordinarily strong cocktail consisting of 3 parts absinthe and 3 parts cognac, Lautrec is said to have enjoyed the drink served in a wine goblet. The name – which translates to “Earthquake” – may be a reference to its startling effects on the imbiber’s body.

12. Lautrec was influenced by Japanese art.

Edo period ukiyo-e woodblock prints were in vogue in fin-de-siècle Paris, exerting a powerful influence upon the Impressionist painters. Like Degas and Manet, to whom his work is certainly indebted, Lautrec took inspiration from the Japanese aesthetic. His unconventional compositional angles and cropping, use of silhouette, emphasis on contour and flattening of space are all typical of ukiyo-e prints. Lautrec’s emphasis on individual performers also recalls the subject matter of the “pictures of the floating world,” which often featured popular actors, courtesans and musicians.

13. Some of his favorite subjects were prostitutes.

Lautrec’s humanistic portrayals of sex workers reveal an uncommon sensitivity, as in the striking Woman Before a Mirror (1897). And while his fondness for prostitutes certainly included the procurement of their services, fellow painter Édouard Vuillard observed that “the real reasons for his behavior were moral ones…Lautrec was too proud to submit to his lot, as a physical freak, an aristocrat cut off from his kind by his grotesque appearance. He found an affinity between his own condition and the moral penury of the prostitute.” Lautrec’s oeuvre includes some 50 paintings on the subject, as well as numerous drawings and prints, including the 1896 series of lithographs, Elles, depicting brothel life. 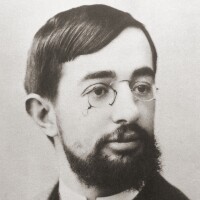 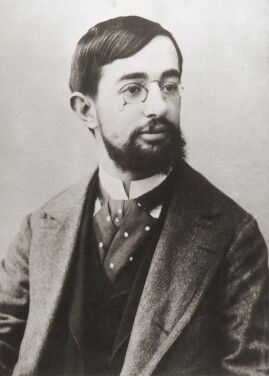 Lautrec’s disability and physical appearance drew mockery and scorn among his aristocratic peers (and society at large). Perhaps in response to the physical and socio-emotional difficulties related to his condition, Lautrec turned to alcohol. He developed a particular fondness for absinthe, and is said to have filled a hollowed out walking stick with liquor so that he would never be without.

Lautrec is believed to have contracted the disease at age 22, apparently from the prostitute Rosa La Rouge, who appears in several of his paintings. Towards the end of his life, Lautrec suffered from paranoia and hallucinations as a result of his chronic alcohol abuse and syphilis. On one occasion, while vacationing in the country with a group of friends, a gunshot was heard coming from Lautrec’s room; when his friends went to investigate, they found him brandishing a pistol against an army of “attacking” spiders.

16. He was a friend and ardent defender of Oscar Wilde.

The two became close in the 1890s while Lautrec was working in London. When Wilde was charged with sodomy and gross indecency in 1895, Lautrec was a vocal supporter. His Portrait of Oscar Wilde was completed on the eve of the trial—from memory, as Wilde, who knew his prospects to be dim, was too anxious to sit.

17. Institutionalized for his alcoholism, Lautrec earned his release with his art.

In February of 1899, after collapsing due to delirium tremens, Lautrec’s family had him committed to Folie Saint-James, a sanatorium in Neuilly-sur-Seine. During his three months at the institution, Lautrec produced 39 crayon and chalk drawings of circus figures, including the evocative At the Circus: The Spanish Walk (1899), executed entirely from memory. The ambitious series convinced his doctor’s of his improving condition, and he was discharged. Upon leaving, Lautrec remarked: “I’ve bought my release with my drawings.”

18. He had some choice words for his father on his deathbed.

In 1901, Lautrec suffered a stroke, likely due to complications from alcoholism and syphilis. Partially paralyzed, he was taken to his mother’s estate, Château Malromé in Saint-André-du-Bois, to convalesce. Not long after, on 9 September, Lautrec died at the age of 36. His father, who had been largely absent throughout his son’s life, arrived at his bedside shortly before his death. Lautrec reportedly remarked: “Je savais, Papa, que vous ne manqueriez pas l’hallali” (“I knew, papa, that you wouldn’t miss the kill.”) After his father did not respond, Lautrec uttered his last words: “Le vieux con!” (“the old fool!”).

19. He was incredibly prolific.

In a short career spanning less than 20 years, Lautrec left behind some 350 lithographic posters and illustrations, 737 canvased paintings and over 5,000 drawings. His oeuvre is considered a pillar of modernism, influencing a diverse array of artists including Pablo Picasso, Alphonse Mucha, Andy Warhol, Diane Arbus and Chuck Close.

20. His mother continued to promote his art after his death.

Lautrec’s mother, long his greatest supporter and champion, dedicated funds toward a museum to be created in his birthplace of Albi. Today, the Musée Toulouse-Lautrec, housed in the historic Palais de la Berbie, is home to over a thousand of Lautrec’s works, the largest public collection in the world.

21. His legacy extends to the silver screen.