I n a former 18th-century mansion in the centre of the ancient, tranquil town of Senlis, France, the Fondation Francès is an oddity in the heritage landscape. It offers a forceful vision of contemporary art conveyed through visual electroshocks. One does not come out unscathed from an immersion in this disconcerting, framework-challenging collection.

These collector-entrepreneurs are the parents of four children ages 9 to 16, offspring they have raised on a diet of art since they could crawl. Hervé Francès is the founder and CEO of Okó, a communications consulting agency, which opened in 1993. Estelle Francès, after having learned the ropes in car marketing at Volkswagen, has been building bridges between brands and the art world for more than 20 years. In 2005, she founded a cultural engineering company named Arroi.

"Everything we do in our respective lives is designed to trigger reactions. The collection is one of those things."

The year 2005 is also when they first began acquiring works, but they did not, at that time, have any dreams of forging a collection or a foundation. “We instinctively bought an initial series of works,” explains Hervé, “and very soon a theme became evident in those early choices: man and his excesses.” In 2008-2009, Estelle and Hervé took part in producing works and supported some of the artists they discovered, like Macedonian Robert Gligorov. This “strong commitment” marked a new phase and, in 2009, culminated in the creation of the Francès corporate foundation. 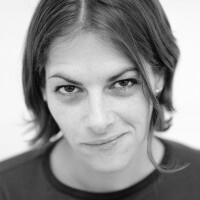 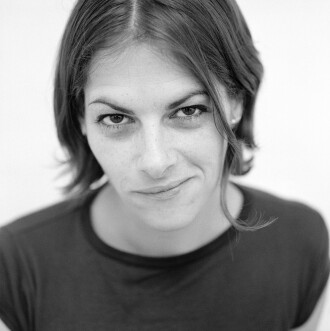 Acting where contemporary art was absent

Their choice to settle in Senlis was intuitive, as well. In 1998, on a sweltering Paris weekend, they were leafing randomly through a guide and spontaneously decided to visit Senlis. Hervé was enchanted: “We’re going to live here.” Today, Estelle adds, “We’re delighted to be taking action in Senlis, in a traditional region from another era. A land in which contemporary art was totally absent”. From the moment it was created, the Fondation targeted a regional audience, along with art lovers from Paris or Belgium. The Fondation instantly found its place…a different kind of place, never timid, always determined.

These radical choices, this “committed” or even “political” vision, could only acquire meaning if the collected works gained genuine visibility. For Hervé Francès, the notion of “collection” in itself introduces a contradiction, because it entails a form of “confiscation”. This is not the case with the Fondation, where the “purpose of the exhibition is to share.” This perspective materialised in 2013, with the first retrospective of the Francès collection at the Musée Docteur Guislain in Ghent, Belgium, where a hundred works were exhibited in this vast former psychiatric hospital that was turned into a museum in 1986. The title of the retrospective, for which Estelle serves as curator, is evocative indeed: XXH. Expressing the entire human scope of the collection in just three letters.

Works that penetrated our lives

Since 2015, the initial schedule of three to four exhibitions a year, which gave international artists like Gavin Turk or Alison Jackson the chance to interact with the collection’s works, has evolved into a long annual solo show offered to an artist who is nevertheless featured in the collection (2015, Erwin Olaf; 2016, Mircea Cantor; 2017, Claire Morgan; 2018 and 2019, Kader Attia). This new arrangement is a chance to experience the works differently. “Artists appreciate creating in a more intimate space, showing a more personal and lesser-known aspect of their work,” says Estelle Francès.

Kader Attia is currently presenting his solo show, Memoire de l’Oubli, an exhibition that starts with a profoundly moving in situ work. “Some people have the ability to shape or summarise the way we think,” says Estelle Francès. “Kader Attia put what we were going through into words and pictures. His work Memoire de l’Oubli penetrated our lives and will leave an indelible mark.”

The exhibitions take a great deal of time to organise and are scheduled two years in advance. The next one will be held from June through December 2020 and will feature Pascale Marthine Tayou, in keeping with the Africa 2020 cultural season.

To hold one’s tongue is to bury oneself alive

Hervé Francès concedes that the raison d’être of the collection and the Fondation is this confrontation with oneself, a confrontation that allows no self-deception: “No one is intact at 20, 30 or 40 years of age. Life knocks you about and cracks you open. We’re all damaged beings repaired to a greater or lesser degree. The Fondation puts this out on the table, creating space and permission to talk about it.” Estelle experienced this again just recently: “The first time I watched Kader Attia’s film Réfléchir la mémoire, I couldn’t watch the whole thing – I only made it through the first 15 minutes.” Completely normal.

“To react is to be alive,” adds Hervé “to feel nothing or hold one’s tongue is to bury oneself alive. The collection is a path to this catharsis. To exhibit works is to explode silences, to encourage dialogue. Everything we do in our respective lives is designed to trigger reactions. The collection is one of those things. It’s not the only one, but that’s why it exists.” Estelle Francès explains that “this emotional force is never at the expense of aesthetics. Pictures from morgues by Andres Serrano were among our first acquisitions. And when you see them, you can’t help but think about the elaborate composition of Italian paintings.” 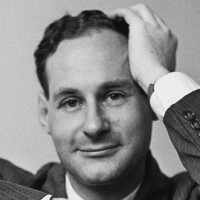 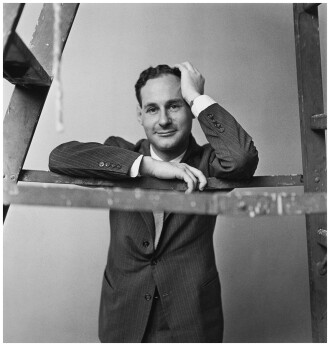 In Hervé’s words, “Life has shaken us up. Neither Estelle nor I want insipidness – we both find that absolutely boring.” Interestingly, there were never any discussions about which works to acquire: “We always made the choices together, sometimes without even talking about them. They’re made from our gut, based on shared desires, ignoring questions of propriety. A way to move forward and not just put up with the status quo. And it helps to have a solid foundation for doing that. So it’s no coincidence that the word ‘foundation’ has multiple meanings. It’s utterly apt,” he concludes.