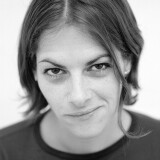 Born 1963.
Interested in selling a work by Tracey Emin?
Get an Estimate

Works by Tracey Emin at Sotheby's 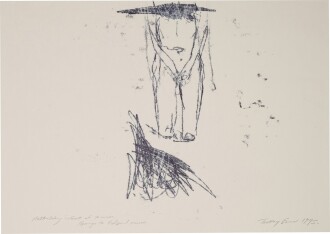 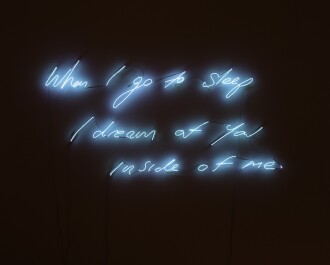 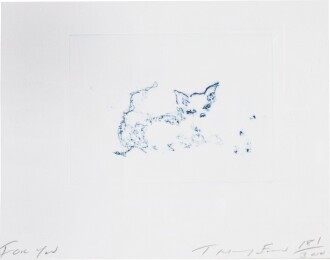 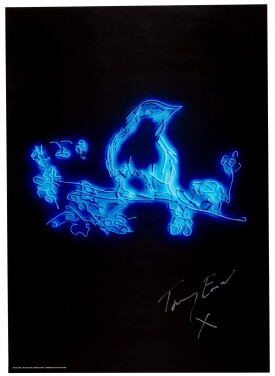 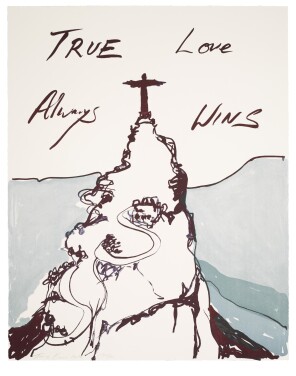 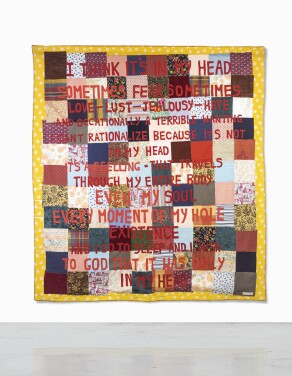 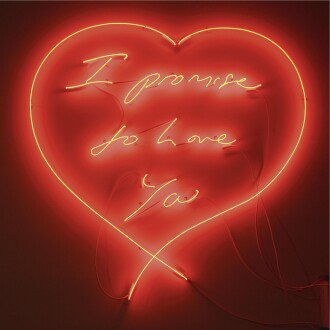 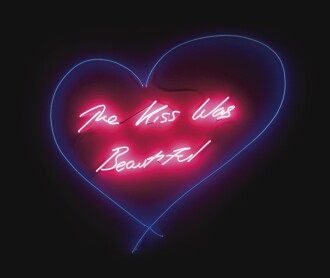 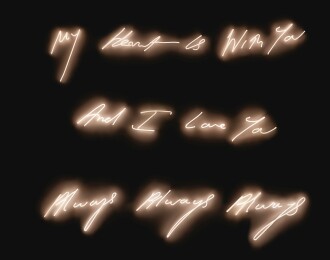 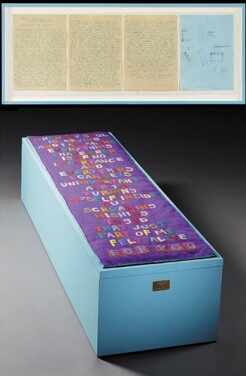 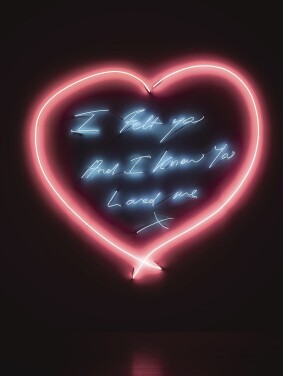 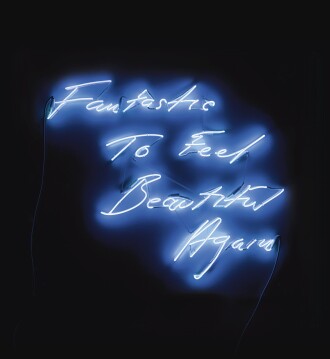 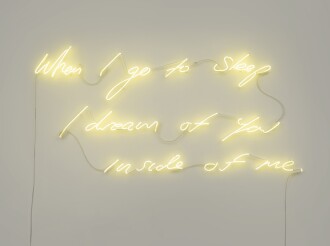 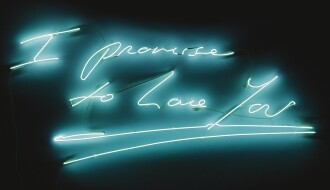 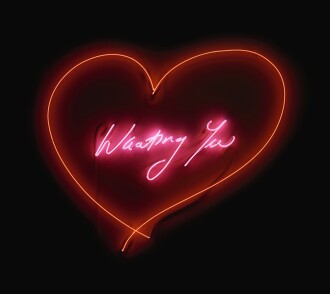 British-born artist Tracey Emin is perhaps as well known for her provocative, and sometimes outright controversial artistic practice as her tempestuous personality (she has frequently been referenced as the “enfant terrible” or “bad girl” of British art). Emin initially studied at the Medway College of Design beginning in 1980, where she met fellow artist Billy Childish; Childish would later develop a movement termed Stuckism, inspired by Emin who had commented that his paintings were “stuck”. She dropped out of the College after only two years, but in 1987 she enrolled at the Royal College of Art in London. Little of her work from this period is still extant, as she destroyed everything after having two traumatic abortions. One painting that survived, Friendship (1989), is currently in the College’s collection.

While in London, Emin became involved with a number of young avant-garde artists, including Damien Hirst and Sarah Lucas, and the group was eventually called the Young British Artists. Although they began exhibiting together independently, it was the gallerist Charles Saatchi (who gave them a group show in 1992) who is credited for discovering and promoting their work. In 1993, Emin had her first solo exhibition at White Cube gallery in London. The work shown in this exhibition was a conflation of installation and archive, with photographs and ephemera from her life. In the following years Emin worked with a diverse range of media—including sculpture, painting, textile, and installation, among others—and increasingly deployed deeply personal, diaristic imperatives as her subject matter. In 1999, she was shortlisted for the Turner Prize, and she exhibited what is perhaps her most famous work My Bed (1998). For this work, she installed at the Tate Gallery a portion of her bedroom, including her unmade bed—dirty sheets and all—a small nightstand, various liquor bottles, cigarette butts, and condoms among other personal items.

Although Emin garnered more than her fair share of notoriety in the 1990s, owing partly to both her radical artwork and a series of scandalizing televised interviews, she has stepped back from the public spotlight in recent years, and, today, continues to live and work in London. Her work has been acquired by a number of significant collections, including the Museum of Modern Art, New York; Museum of Contemporary Art, Los Angeles; Tate Modern, London; and Centre Georges Pompidou, Paris.

Museums with Works by Tracey Emin 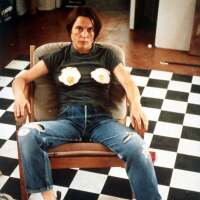 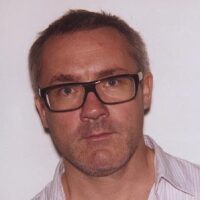 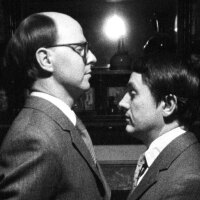 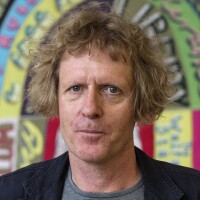 Artist
Grayson Perry
View Profile
Artist Image: 1996 Harry Borden
Please note that prior performance of the indexes and realized returns contained herein does not guarantee future results. In addition, there is no guarantee that random collections of individual works of art or stocks will yield index returns. We are not financial advisors and we are not in the business of recommending art as an investment. We also have no comparative advantage in forecasting the future direction of the art market. Investment decisions should be based on the risk return tolerance and time horizon of the investor with, if desired, the support of a licensed financial advisor. This information is provided "as is" and with no representations or warranties either express or implied of accuracy, merchantability, fitness for a particular purpose or of any other nature are made with respect to this information or to any expressed views presented in this information.