H e might have been known as the “King of Diamonds” but one of Harry Winston’s earliest jewel trades involved an emerald. The famous story goes that at the age of 12, a young Winston who had grown up learning the ropes in his father’s small jewelry shop on New York’s West Side, spotted a green stone amongst some costume jewelry in a pawn shop. Recognising it as an emerald, he bought it for 25 cents and sold it two days later for $800.

His discerning eye and lifelong passion for precious stones led him to become one of the world’s most famous jewelers with clients including the Maharajah of Indore and the Duke and Duchess of Windsor and many other heads of state, royals and Hollywood stars.

The son of Jewish immigrants, Winston started early, opening his business The Premier Diamond Company on Fifth Avenue at the age of 24. Despite his extensive knowledge, the jewelry industry was difficult to break into and his key to becoming respected proved to be estate auctions. Buying large collections of old-fashioned jewelry allowed him to amass spectacular gems that he would then re-cut and redesign for a more contemporary clientele.

One of his early successes was in 1926, when he acquired the estate of Arabella Huntington, a socialite and widow of a railroad tycoon who owned a hugely important collection, for which Winston paid $1.2 million.
Having built up a thriving business, Harry Winston Inc. was founded in 1932  and quickly established itself as the biggest name in the rarest and most exceptional jewels – and diamonds in particular.

It is estimated that one third of the world’s most famous diamonds passed through Winston’s hands during his career and his history with some of the biggest and most unusual jewels is unparalleled. In the 1950s, his collection was second only to that of the British Royal Family.

One of his earliest and most important acquisitions was the 726 carat Jonker Diamond which made headlines around the world when purchased by Winston in 1935. He subsequently took it on a press tour that included a photo shoot with the actress Shirley Temple.

Winston understood the value of publicity and also harboured a strong belief that jewels should be shared with the wider public. Between 1949 and 1953, “The Court of Jewels” was a nationwide tour of Winston’s collection including one of the world’s most famous jewels: the Hope Diamond, which he later donated to the Smithsonian Museum’s permanent collection.

Other notable gems owned by Winston include the 601 carat Lesotho Diamond. Famously, the cleaving of the Lesotho into 18 stones was broadcast on live television, after which one of the diamonds became Jackie Kennedy’s engagement ring when she married Aristotle Onassis.

Having made his name by sourcing and cutting extremely rare and exceptional jewels, Winston’s designs were always dictated by the stones themselves, rather than the settings. His signature design – the Winston Cluster – was inspired by a Christmas wreath covered in snow and featured pear, marquise and round cut diamonds hand-set at angles to maximise sparkle, and with discreet platinum settings so the stones appear to float. 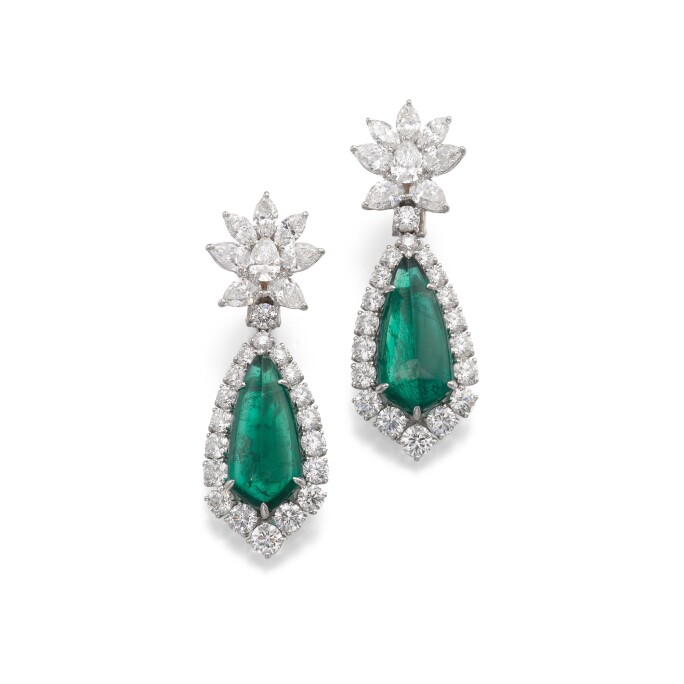 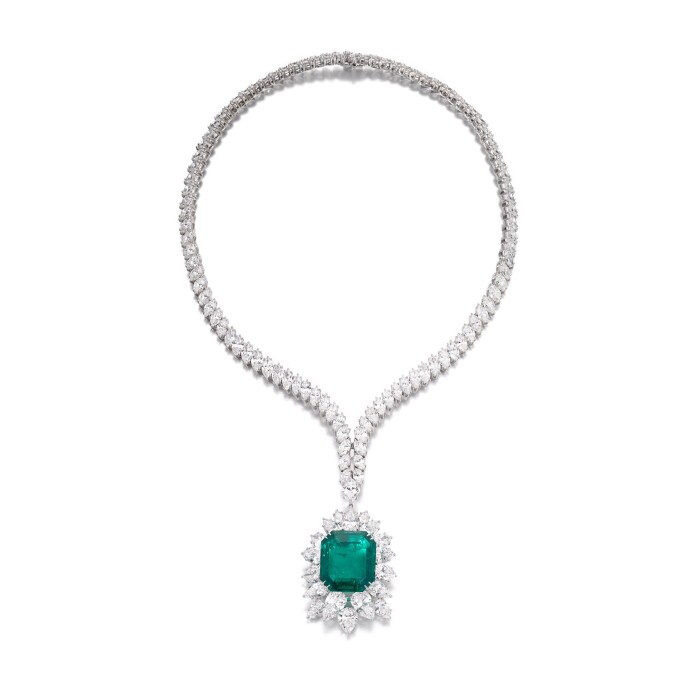 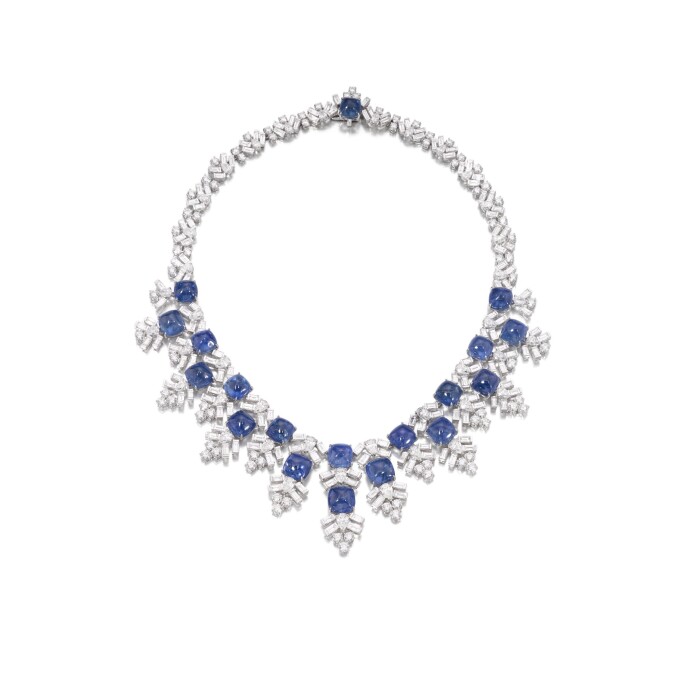 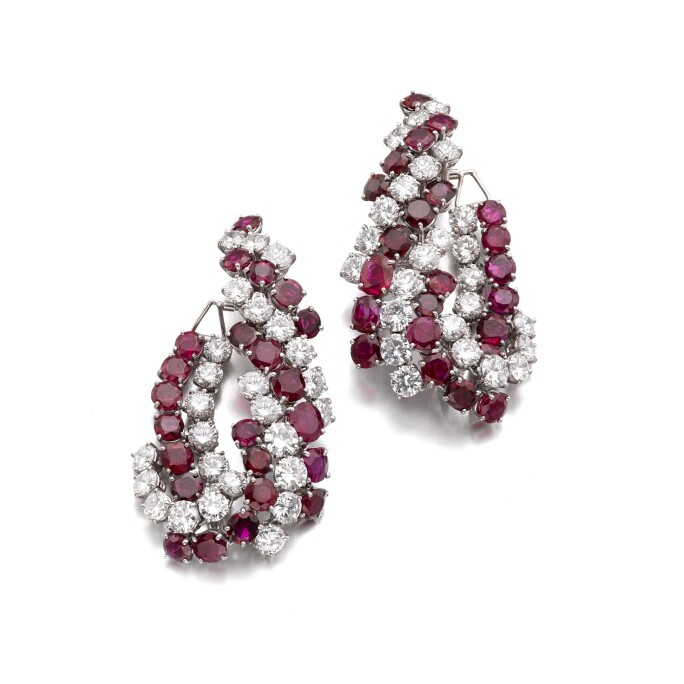 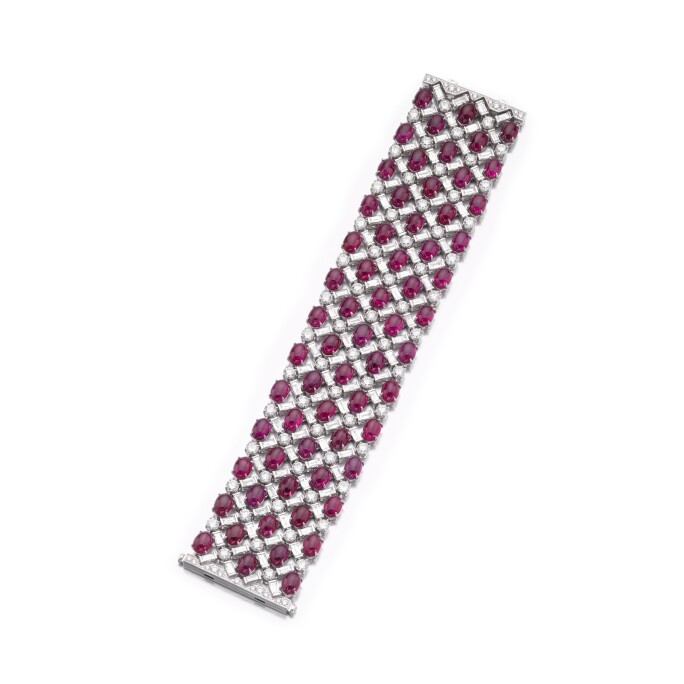 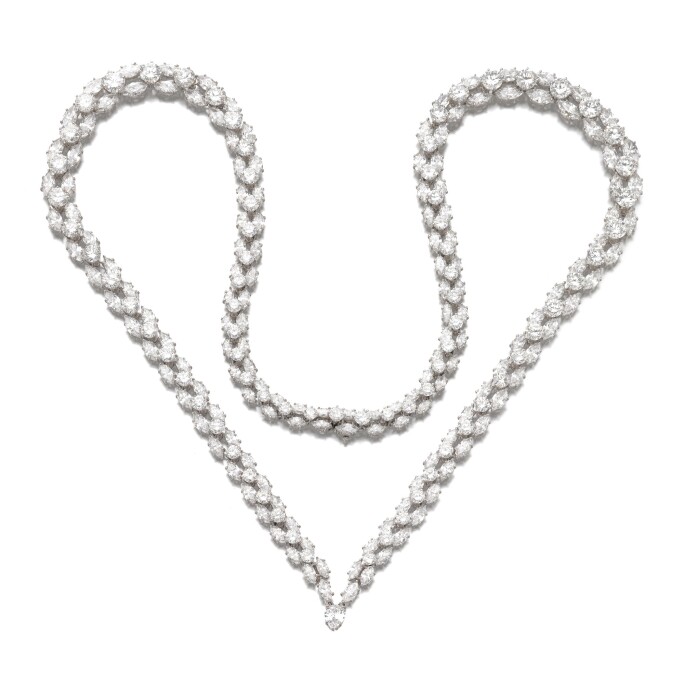 A private man, who was rarely photographed (a clause in his business insurance policy forbade him from showing his face publicly), his idiosyncrasies became famous. He was rumoured to have carried diamonds in his pockets so he always had one near him, and was a vocal patron of the US Postal Service, sending stones worth millions for cents via USPS (including the Hope Diamond for just 64 cents). His motto was "If you can't trust the United States mail, who can you trust?".

"The love of showing off diamonds is human nature"

Although his face was often hidden, Winston quickly became synonymous with glamour – another of his nicknames was “Jeweler to the Stars” – and he was the first jeweller to lend pieces to an actress for the Oscars, dressing Jennifer Jones in 1944. Winston jewels have subsequently been worn by the likes of Elizabeth Taylor, Helen Mirren, Viola Davis, Madonna and Regina King. Gwyneth Paltrow was wearing a Harry Winston necklace and earrings when she won her Best Actress Academy Award for Shakespeare in Love in 1999.

Meanwhile, on screen, Harry Winston jewels have appeared in Alfred Hitchcock’s Notorious, worn by Ann Bancroft in The Graduate and were perhaps most famously referenced by Marilyn Monroe in 1953’s Gentlemen Prefer Blondes, whose musical number Diamonds Are A Girl’s Best Friend includes the line “Talk to me, Harry Winston, tell me all about it.”

After Winston’s death in 1978, aged 82, the company was left to his two sons, Ronald and Bruce, and Ronald bought out the company in 2000. Today the House of Harry Winston company is overseen by CEO Nayla Hayek who maintains Winston’s portfolio of extraordinary jewels and legacy of sourcing incredible stones, with the House’s Belle collection inspired by that 1926 purchase of Arabella Huntington’s estate, which cemented Harry Winston as the man who would come to be known as “King of Diamonds”.