M ade in Britain showcases art and objects by the very best artists and makers working in Britain in the 20th and 21st century across paintings, works on paper, sculpture, prints, photography, design and studio and contemporary ceramics. The September edition of Made in Britain includes ceramics by the likes of Lucie Rie and Jennifer Lee, paintings from Gary Bunt and Mary Fedden amongst many others, photographs from Terry O’Neill and a fantastic selection of prints by David Hockney. The sale will also include a group of Donald Hamilton Frasers offered from the collection of the Hirshhorn Museum. With estimates starting at only £200, there is something for every collector at every price point.

The auction is led by a life-size cast of Lawrence Holofcener’s iconic and much-loved Allies sculpture: another cast famously sits on the corner of New Bond Street and Old Bond Street around the corner from Sotheby’s London galleries. The sculpture was unveiled in that location in 1995 by H.R.H. The Princess Margaret. Commemorating the special relationship between Sir Winston Churchill and Franklin D. Roosevelt, the sculpture shows the pair sitting on a bench, jovially talking and laughing. Famously, the sculpture leaves a space in between the two men, inviting the viewer to take a seat. A testament to the vital co-operation between the U.K. and the U.S.A. during WWII, Allies shows these great statesmen with humanity and humour. A maquette of the cast will also be offered alongside the life-size cast – the first time that they have been offered at auction together since 2013.

Lawrence Holofcener was an actor, lyricist, director and later in a life a sculptor, and had exhibitions across the USA and the UK. His sculptures include Faces of Olivier, a bas relief of 28 portraits of Sir Laurence Olivier, unveiled by Lord Olivier at the Chichester Festival Theatre in 1985, a portrait of Young Will at Stratford-upon-Avon and a statue of Queen Victoria at the Isle of Wight Museum.

This edition of Made in Britain features an array of gorgeous studio ceramics, from modern masters like Dame Lucie Rie and Hans Coper through to contemporary super-stars including Jennifer Lee and Rachel Kneebone. The selection of ceramics is led by a group of Lucie Rie pieces from the Estate of the late Susan Shaw, founder of The Type Museum, exceptional publisher and printer, and friend and colleague of Rie’s. All the works were gifts from the Artist herself. 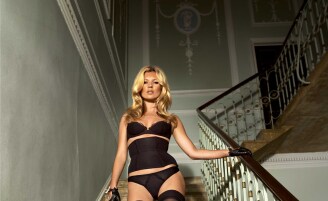 The Best of British

This sale celebrates the very best of British humour and British life, from Martin Parr’s tongue-in-cheek photography and Chris Levine’s portraits of the Queen, to Beryl Cook’s zest for fun and Gary Bunt’s depictions of man’s best friend, as well as Lornenzo Agius’s photographs of hell-raising 90s celebrities and David Shrigley’s pithy prints.

"Going shopping, walking the dogs, sitting about in pubs, I am constantly entertained by the activities going on around me. To see people enjoying themselves gives me the greatest pleasure and the inspiration to paint." 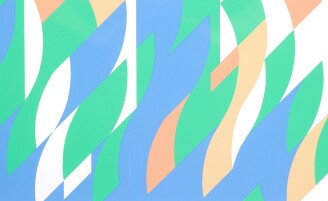