S otheby’s is pleased to present our October Important Prints & Multiples auction, which will feature an extensive selection of prints spanning the 20th century, including works by Pablo Picasso, Edvard Munch, Jasper Johns and Andy Warhol.

Following the guidelines for the Phase Four reopening of Manhattan, we are able to accommodate clients in our building by appointment only. The exhibition for this sale will open on 18 October and will close on 22 October at 12PM. To schedule an appointment please click here or contact appointmentsNY@sothebys.com or +1 212 606 7171. You can read more about our safety requirements here. 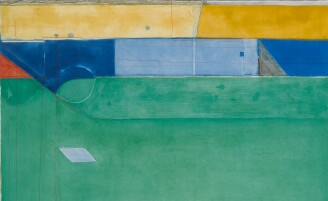 A pioneering collector and lifelong patron of the arts, Ginny Williams was a dynamic force who transformed every community she touched. Amassed across her lifetime, the Ginny Williams Collection reflects the same indomitable spirit and singular creative vision which infused every aspect of her extraordinary life.

Born in rural Virginia in 1927, Ginny moved to Denver, Colorado in the late 1950s with her husband, Carl Williams. An avid photographer herself, who studied with Austrian-American photojournalist and photographer Ernst Haas, her collecting journey began with classical figurative photography. Her passion and keen eye eventually prompted her to open her namesake gallery in Denver in the 1980s. While her passion for photography never waned, remaining a primary focus of both her gallery and private collection, her voracious curiosity quickly widened her curatorial focus. Over time, Ginny became increasingly courageous and experimental in her selections, venturing into Abstract Expressionism and Contemporary Art and following her artists themselves through gallery shows and museum exhibitions. As the years passed, Ginny became as much of a trailblazer as the artists she collected.

F or over 150 years, The Standard Club has stood as a symbol of civic pride, counting amongst its members generations of Chicago’s business and philanthropic leaders. It has a rich history merged with a present spirit weaving together tradition and innovation. Though staggering to think of how the world has changed since its founding in 1869, The Standard Club has endured, unwavering in a commitment to excellence, steadfastly dedicated to providing members with an atmosphere of comradeship, shared experiences and values.

Sotheby’s shares the devotion to preserving a legacy while embracing the future and so it is an honor to present works of art from The Standard Club’s collection, to pay tribute to one of Chicago’s treasures, an organization long recognized for incomparable prestige and principle.

When he passed away last year at age 95, the celebrated art historian and Pablo Picasso biographer Sir John Richardson left behind a lifetime’s worth of art and objects. While Richardson acquired many of the works over the course of his varied career or on his travels, many others were treasured gifts from the countless artists he called friends. Sotheby’s is honored to present Richardson’s storied collection, unparalleled in its style, taste and significance, which counts among its many highlights important works by Old Masters, modern masterworks by Pavel Tchelitchew and Picasso, and contemporary artworks by Lucian Freud and Ugo Rondinone. All were purposefully exhibited in the rich, eclectic homes of Mr. Richardson, often with personal inscriptions from the artists themselves. 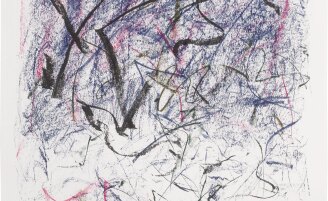 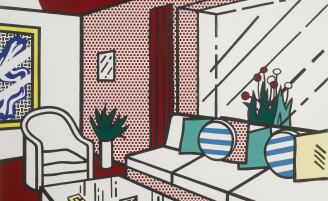