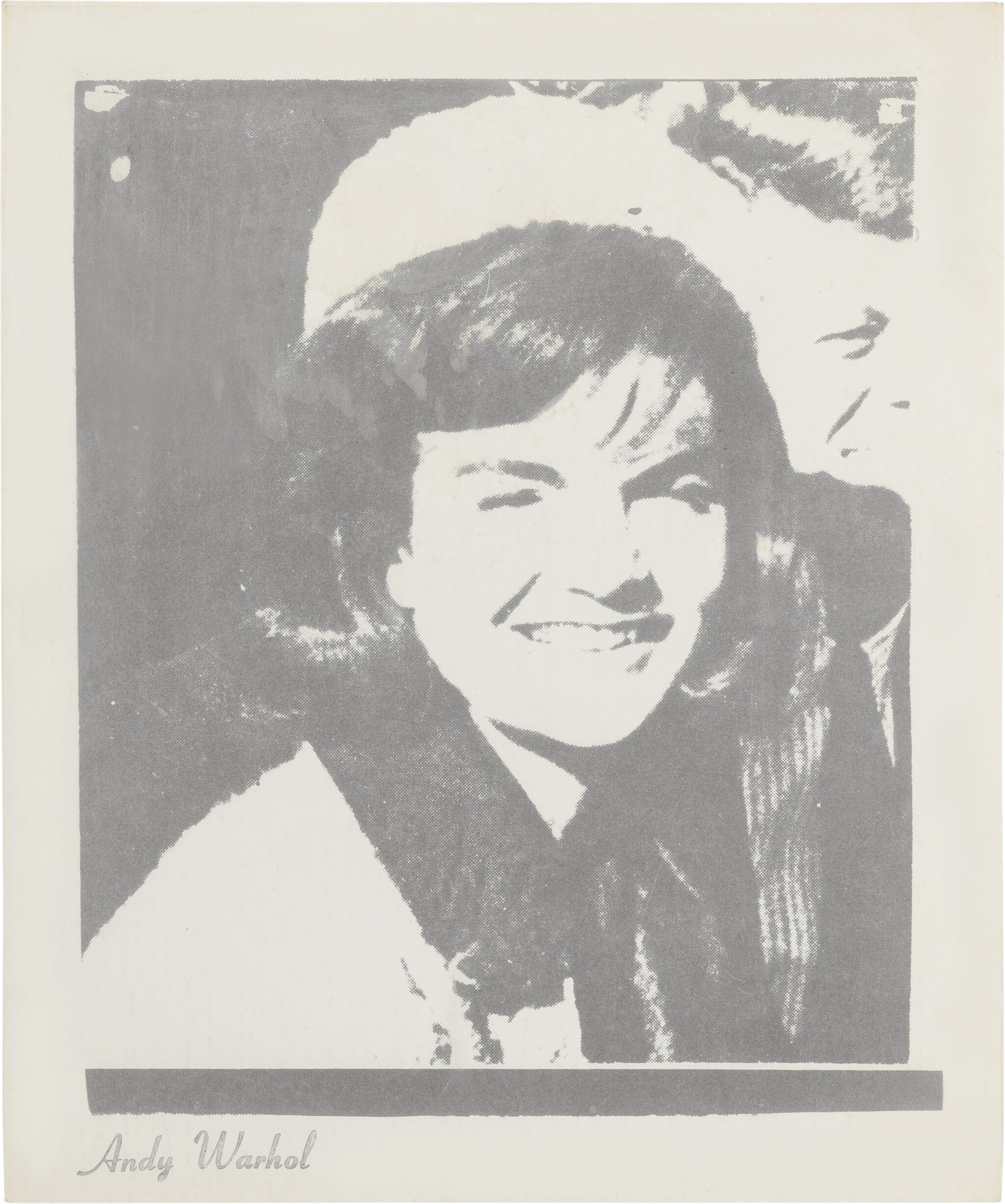 Screenprint in silver, 1966, an unpublished proof of the print included in 11 Pop Artists, Volume I, with the stamped signature on the recto at lower left (for the numbered edition of 200 the signature was stamped on the verso), on wove paper, published by Original Editions, New York, with full margins, framed

The print is in good condition and the sheet is full. (Discoloration and surface imperfections in the silver at the upper part of the subject as well as handling creases in the margins are commensurate with age.)

Outside the published edition, this rare example is the only known impression where the stamp signature appears on the recto.

Jackie I  was created by Andy Warhol at the inception of his power and influence on the art world. At the time it was executed, the artist gifted this impression to Schakr Basanow, brother of Dawa Basanow, the owner of Knickerbocker Machine and Foundry Company (KMF), a favorite collaborator of Warhol and other major Castelli Gallery artists. For many decades, the present lot remained in the Basanow Family collection.

A most desirable image of Jacqueline Kennedy smiling moments before her husband, President John F. Kennedy’s tragic assassination, Jackie I utilizes a LIFE magazine photograph as source material, exemplifying the artist's re-purposing well-known imagery as artistic subject matter. Further signifying his intent to set himself apart, Warhol is quoted as saying “…I turned towards a rubber stamp signature because I wanted to get away from style. I feel an artist’s signature is part of style”*. How ironic that Andy Warhol has been lionized as such an icon of 20th Century art, pop culture and STYLE.