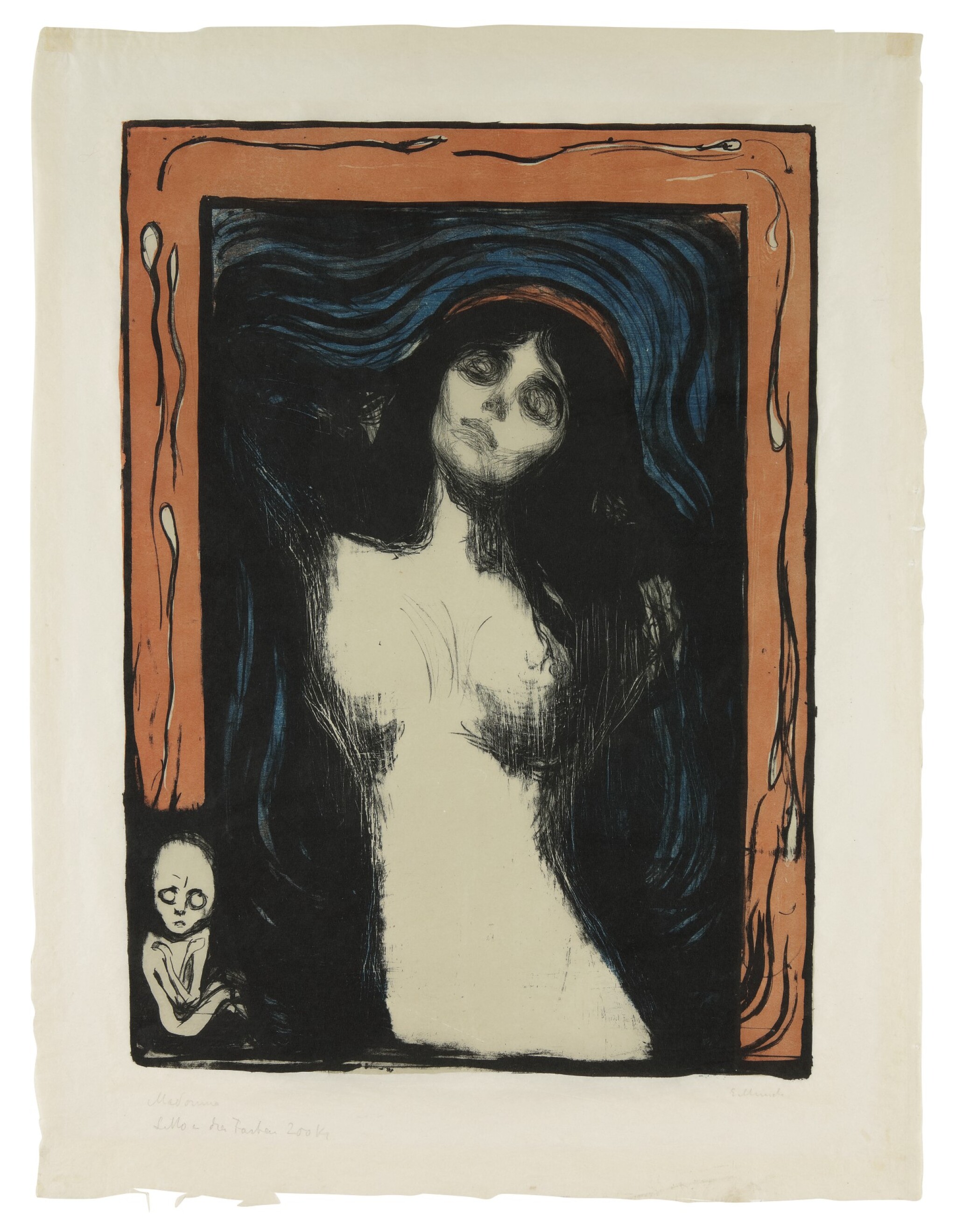 With wide margins, the print is in good condition. (Extremely faint discoloration in the margins and inconspicuous handling creases.)

‘A pause when the world stops revolving. Your face encompasses the beauty of the whole earth. Your lips, as red as ripening fruit, gently part as if in pain. It is the smile of a corpse. Now the hand of death touches life. The chain is forged that links the thousand families that are dead to the thousand generations to come.’

‘Symbolic representation of the idea that the moment of conception in its mixture of lust and pain combines the sum of man’s fate which consists of joy and pain.’ - Gustav Schiefler

One of the most important images in late 19th /early 20th century art, Munch’s Madonna blends the artist’s preoccupation with death, sex, beauty, love and power into one strikingly potent artistic statement. After several painted versions of this subject, Munch undertook its translation into lithography in 1895, choosing for the printed image to add a border which is not in any of the painted versions. The border serves as a device which not only expands the image, making it grander and more noticeable but also serves to add the important elements of the sperm and unborn fetus, signifying the creation of life.

As controversial as this mysterious image was when first revealed to the public in 1893, it still continues to startle and be studied and analyzed as both a tribute to the female form as well as a symbolic form of her sexual, destructive nature. She conversely is manifesting both pleasure and pain, virginity and corruption, nurture and destruction, saintliness and wickedness, generations and decay, closeness and distance, homogeny and hybridization.

Edvard Munch is celebrated as much for his prints as he is for his paintings, mainly because he continued to exploit and experiment with graphic techniques throughout most of his artistic career. Through his concentration on lithography, etching and woodcut, Munch was able to find the perfect marriage between meaning and artistic technique. Nowhere is this more evident than in the emblematic, sensuous Madonna.