T he David H. Arrington Collection of Ansel Adams Masterworks grew out of a lifelong passion for photography. David’s early interest in photography began behind the camera, taking pictures as a teenager. He recently recounted, ‘I remember the first time I saw an image slowly appear in the developing tray in my darkroom. I was 15 years old, mesmerized and thrilled beyond imagination at the possibilities inherent in photography. Now at 60 years old, I still feel the same.’

A proud native Texan, David was born and raised in the Dallas community of Oak Cliff. After graduating from Texas Tech University in 1983, he moved to Midland to pursue a career in the Permian Basin’s oil and gas industry. As President of Arrington Oil & Gas Operating LLC, David has always shared his passion for Ansel Adams with his colleagues and the local community. Stopping by the company headquarters is like visiting a museum dedicated to Adams. Until recently, the mammoth mural-sized print of Gravel Bars, American River, California hung in the company’s lobby. Several mural-sized prints, including Yosemite Valley from Inspiration Point, Winter, Yosemite National Park, Clearing Winter Storm, Yosemite National Park, California, and The Grand Tetons and the Snake River, Grand Teton National Park Wyoming adorned the entrance and hallways. Employees were encouraged to select Adams photographs to hang in their offices. 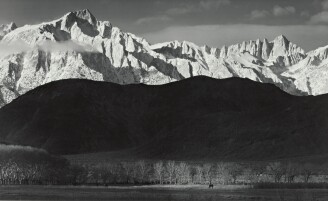 
A nsel Adams first came to photography as a teenager’s hobby in 1915 or 1916 when his parents gifted him a Kodak #1 Box Brownie Camera. With no formal training - and a competing interest in piano - Adams’ first photographs, including architectural views of the Panama-Pacific International Exposition evidence his innate aptitude for composition. Of his early photographs, Adams wrote to his father in June 1920, ‘I want you to see what I am trying to do in pictorial photography - suggestive and impressionistic you may call it – either – it is the representation of material things in the abstract or purely imaginative way (Letters and Images, p. 7). He found early success photographing in Yosemite Valley, with images published in the Sierra Club Bulletin as early as 1922 and his first portfolio (Parmelian Prints of the High Sierras) realized in 1927. Extant prints from the 1910s through the 20s are exceptionally rare, many of which only exist in albums in institutional collections. 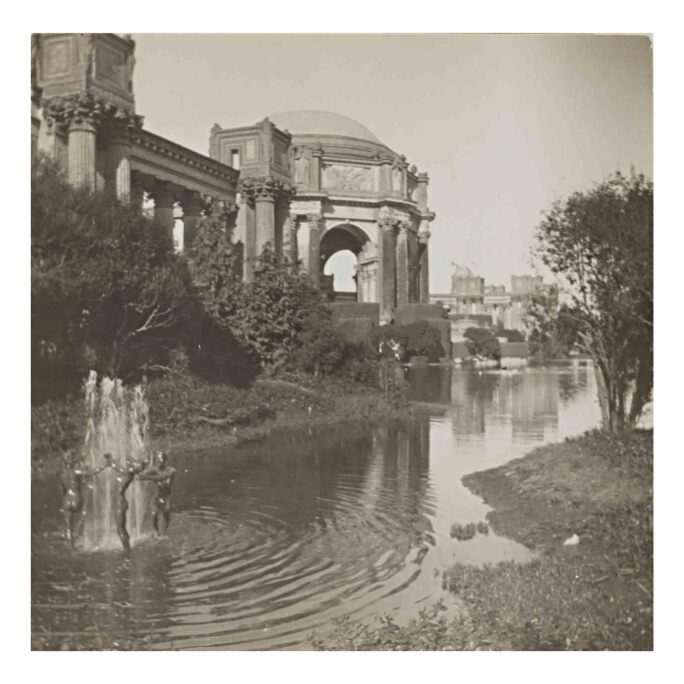 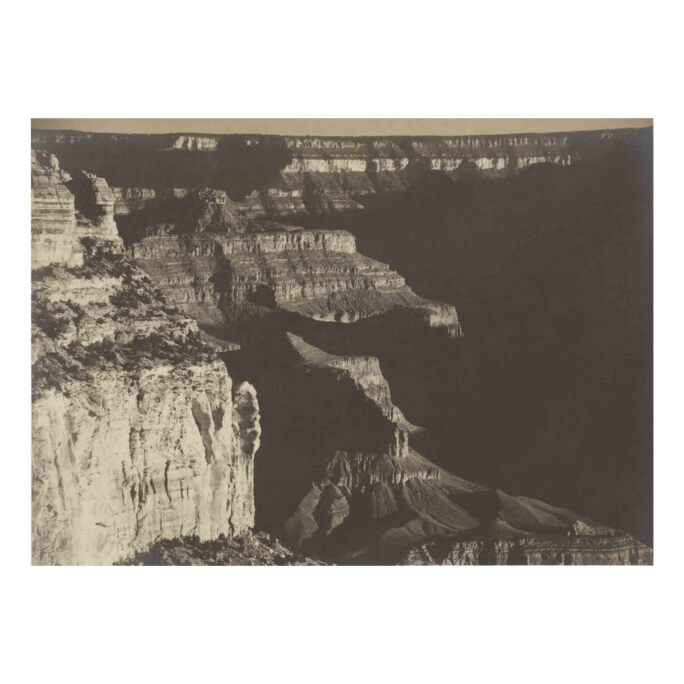 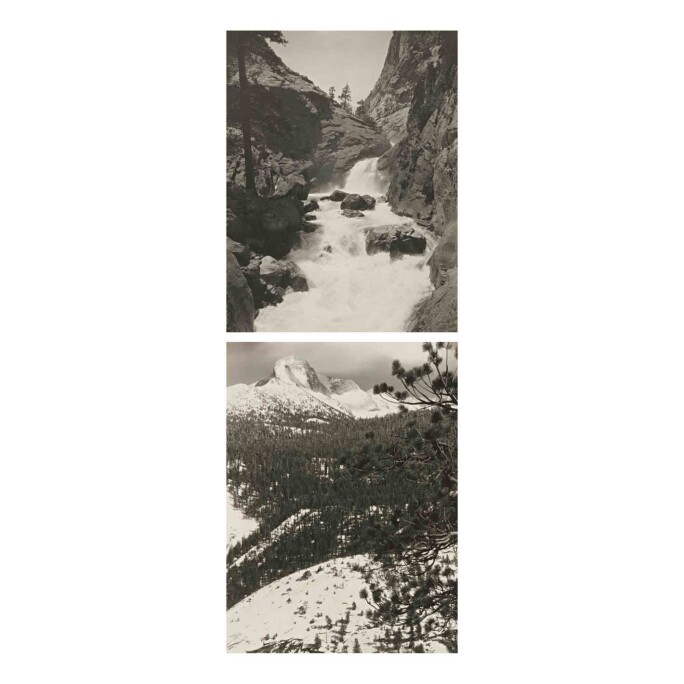 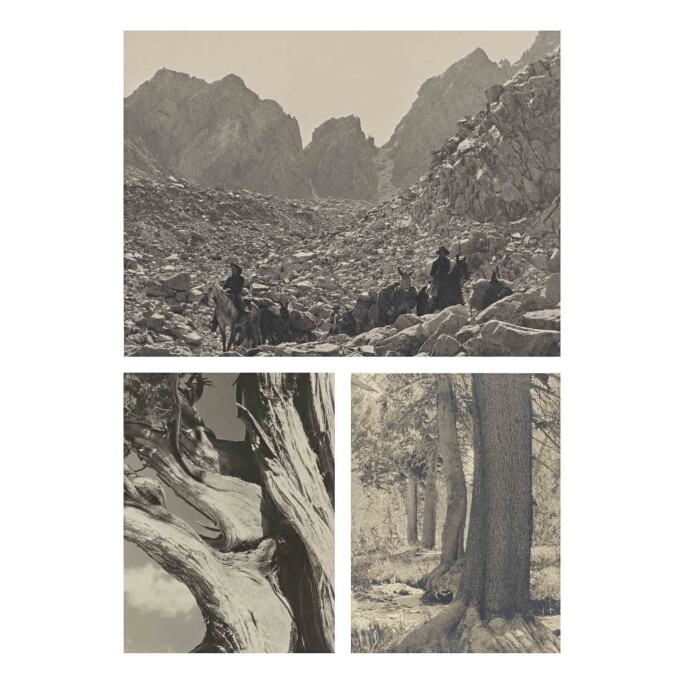 
A s a founding member of Group f.64 in 1932, Ansel Adams championed straight photography. Images such as Rose and Driftwood and Boards and Thistles are definitive examples from this period. Adams is perhaps best remembered, however, as a lifelong environmental conservationist and mountaineer whose photographs reflect his vision of the sublime majesty and awesome grandeur of the American landscape. His images made in the National Parks, including Winter Sunrise, Sierra Nevada, from Lone Pine, California have had an enduring, stirring influence for generations. Indeed, National Park Service Director Arno Cammerer credited Adams’ book Sierra Nevada: The John Muir Trail (1938) as the ‘silent but most effective voice’ in the campaign to establish King Canyon National Park. 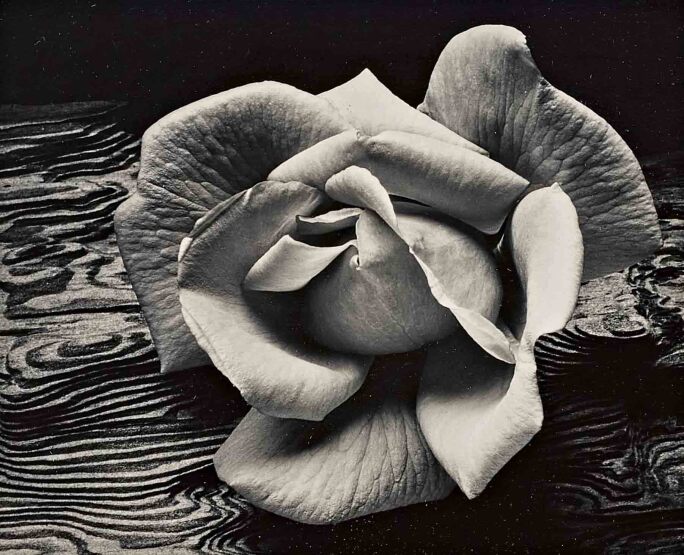 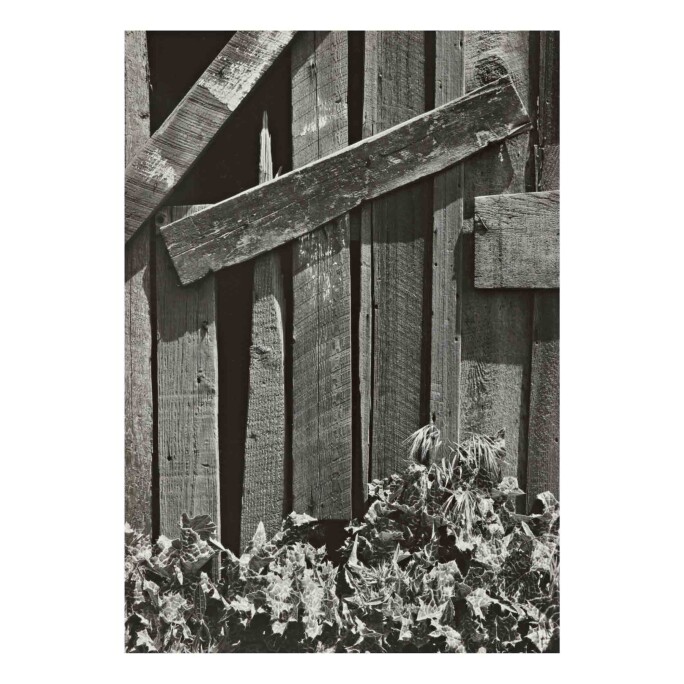 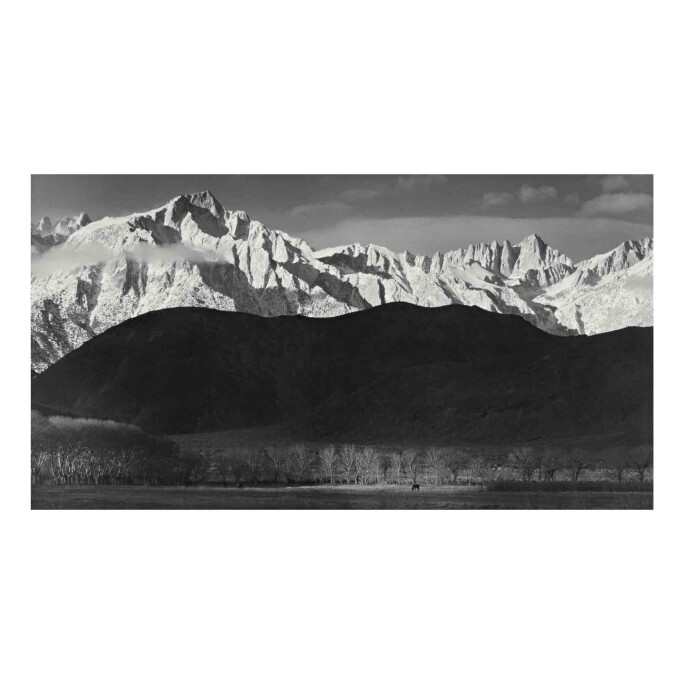 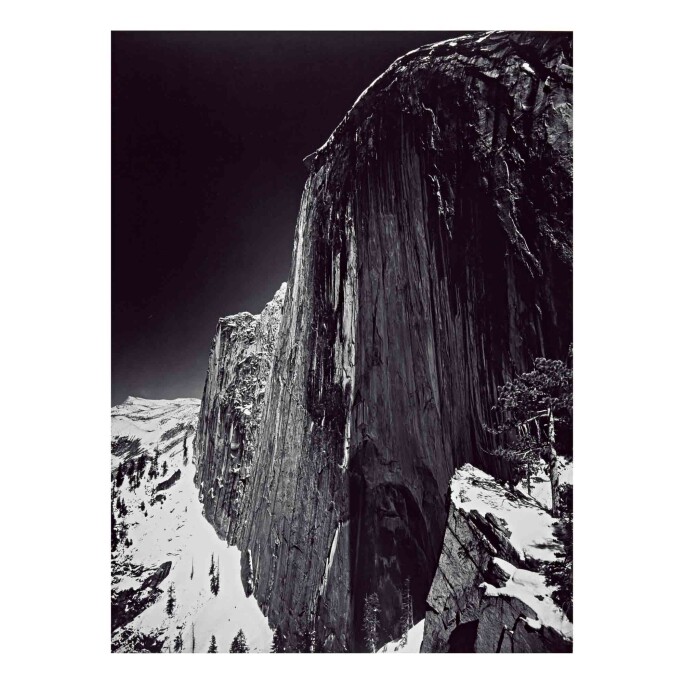 
A nsel Adams met Edwin Land in 1948, the year that the first Polaroid camera was marketed to the public. For over 30 years, the technically gifted Adams tested, critiqued, and helped to shape the evolution of Polaroid cameras and film. In 1963, he published his own guide and manual to the Polaroid process, Polaroid Land Photography, which included illustrations such as Golden Gate Bridge, San Francisco. In 1974, the Metropolitan Museum of Art included a dedicated section of Adams’ Polaroids in its retrospective exhibition, Singular Images. In 2010, Sotheby’s sold several of Adams’ photographs in this medium in the landmark auction Photographs form the Polaroid Collection. 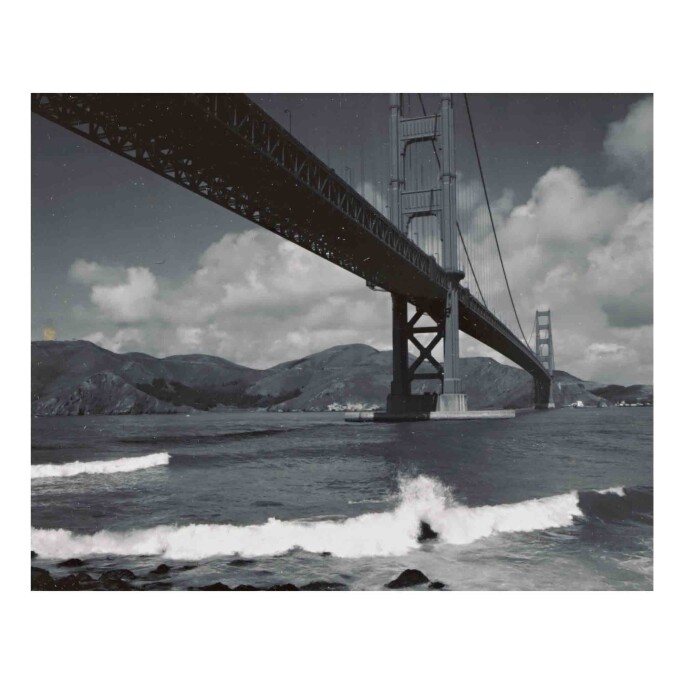 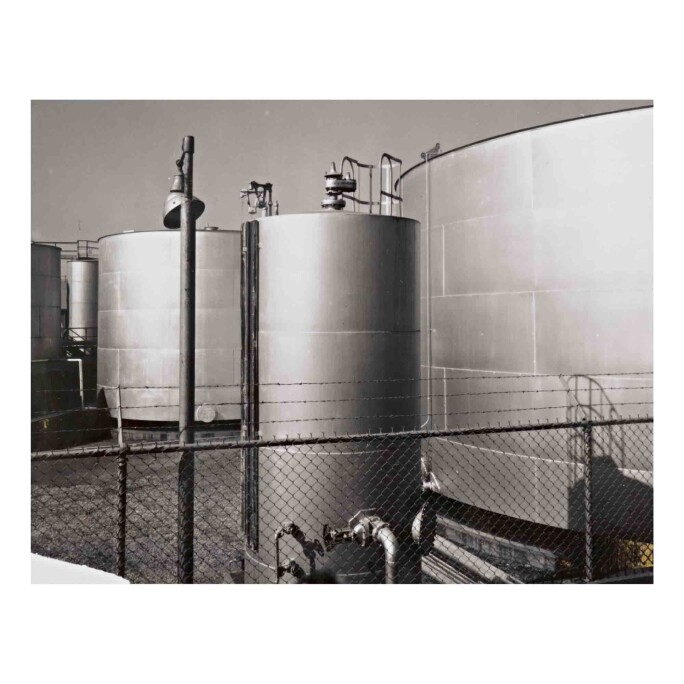 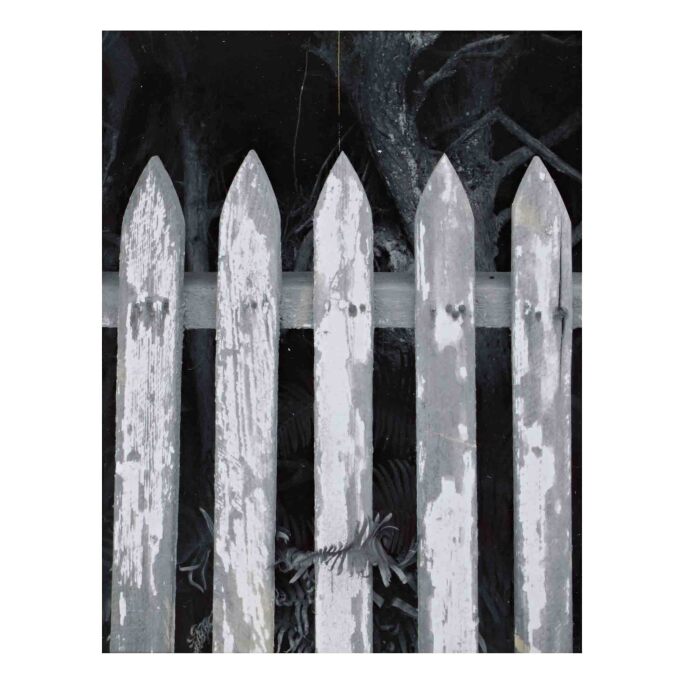 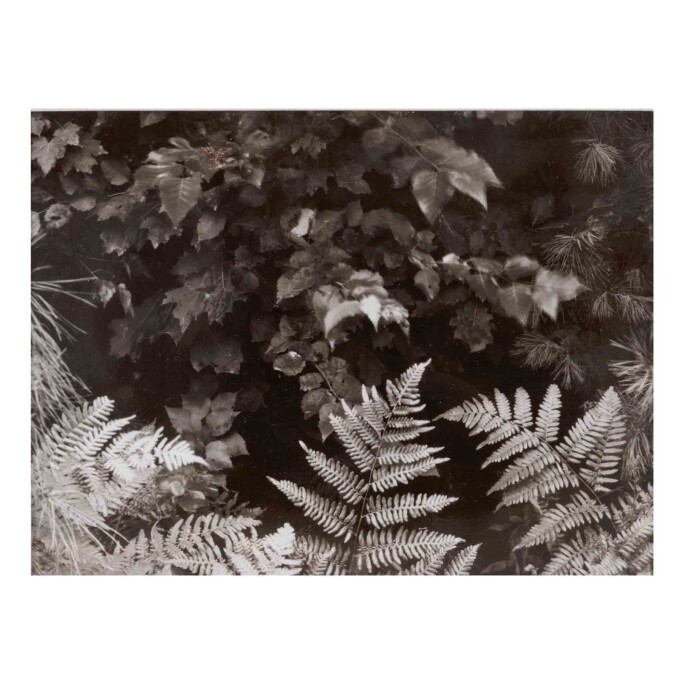 
A nsel Adams' first foray into making mural-sized photographs came in 1935, when he was tasked by the Yosemite Park & Curry Company to undertake a series of murals of Yosemite for the San Diego Exposition of that year. In 1941, Adams was commissioned by Secretary of the Interior Harold Ickes and the National Park Service to create images like The Grand Tetons and the Snake River, Grand Teton National Park, Wyoming as part of an elaborate photomural series that was intended to hang in the U. S. Department of the Interior building in Washington, D. C. Adams lost government funding for this mural project due to World War II, but the series was posthumously realized in 2010. In the mid-1950s, Adams was commissioned by the American Trust Company (now Wells Fargo Bank) to execute a series of photomurals for their branches, such as Yosemite Valley From Inspiration Point, Winter, Yosemite National Park. Throughout his career, Adams was an ardent spokesman for large-format printing, writing articles such as ‘Photo-Murals’ for U. S. Camera in November 1940, and including discussions of mural theorgy and practice in books such as his own The Print: Contact Printing and Enlarging (1968). 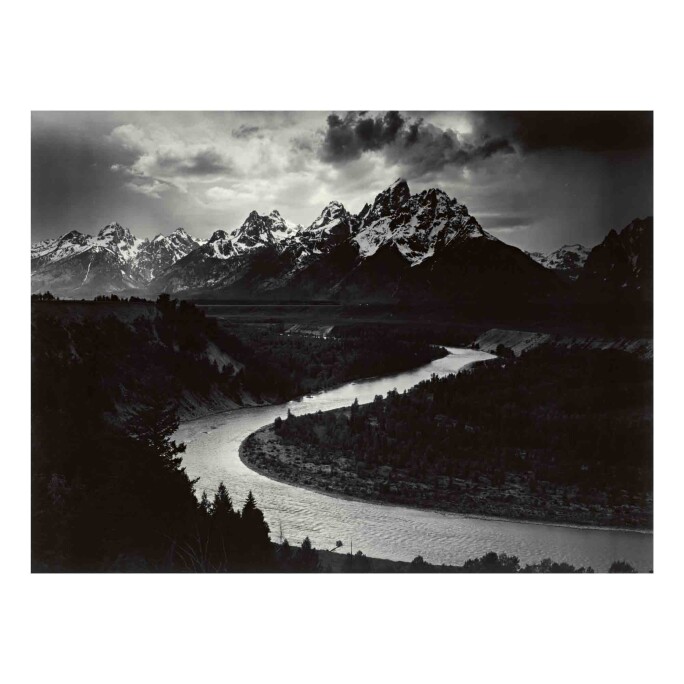 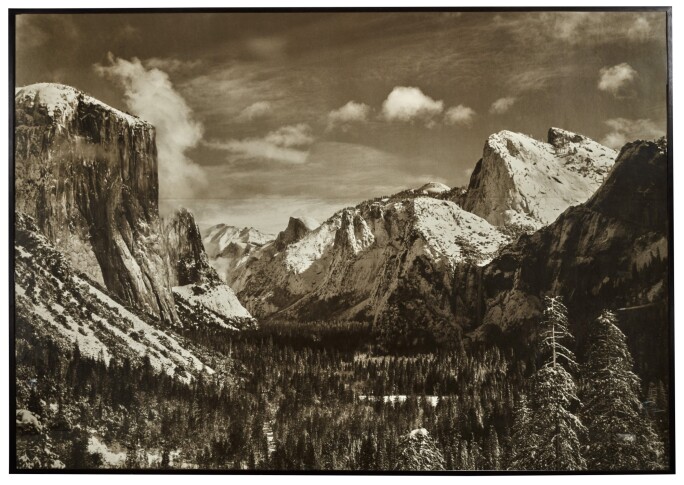 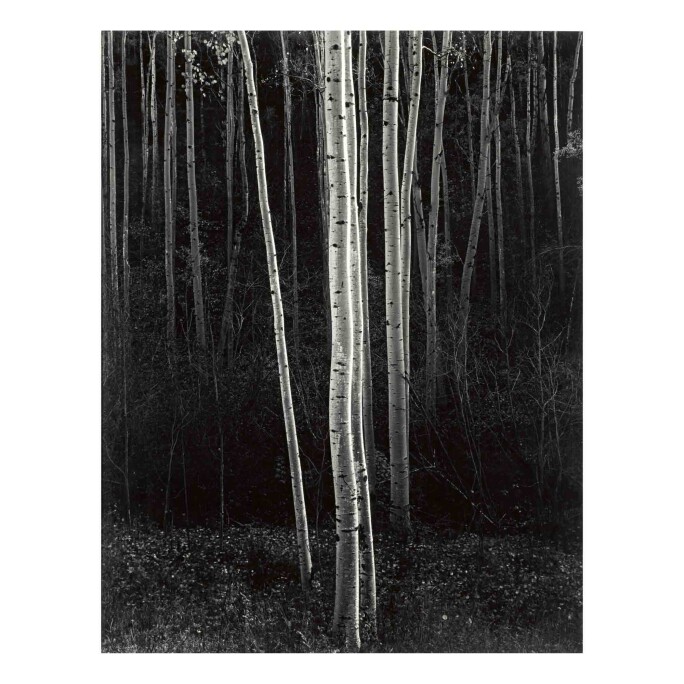 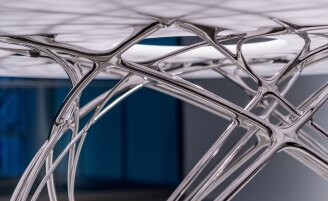