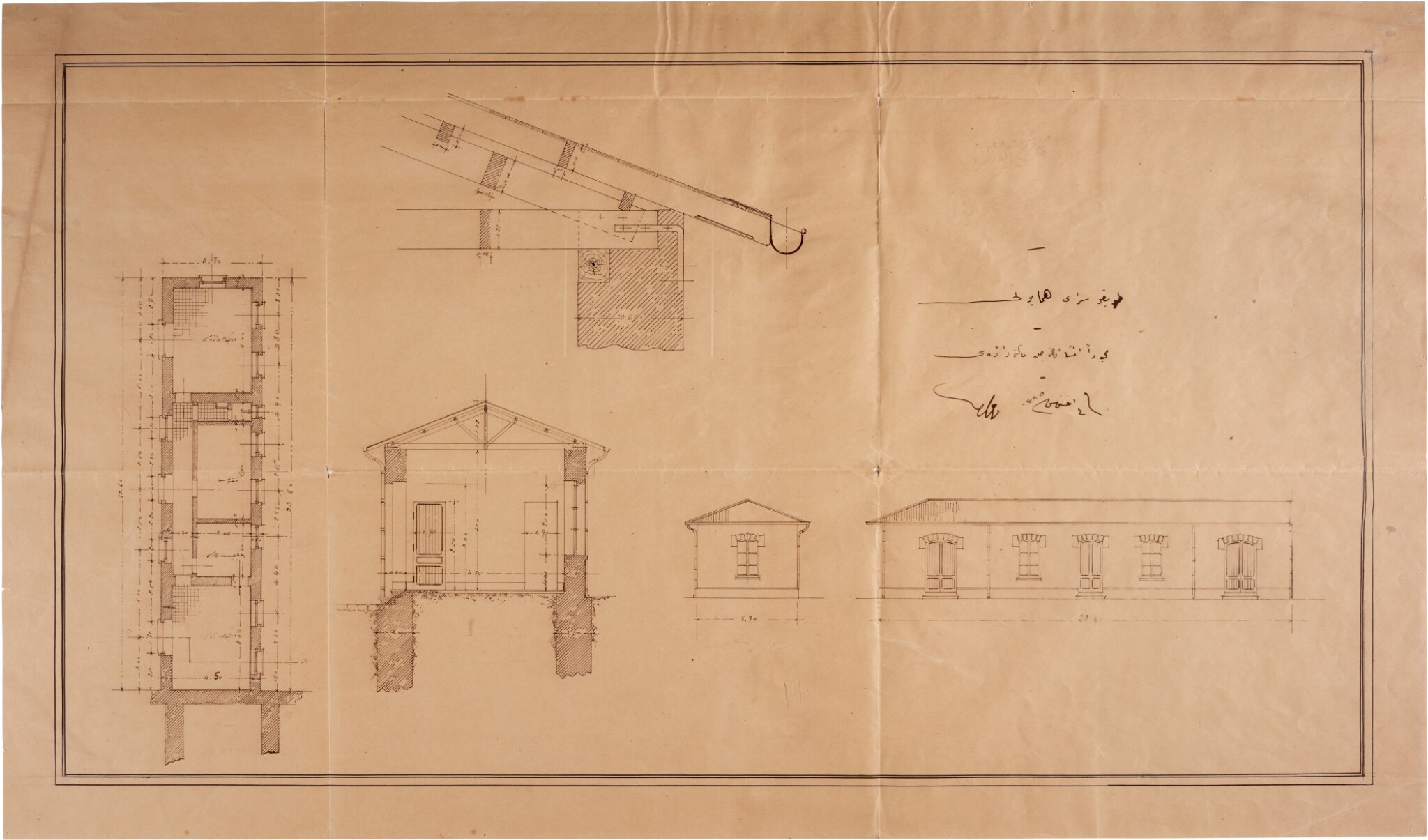 3 architectural drawings in red and black pen and ink on paper (2: 472 x 802; one: 465 x 920mm.), of which 2 SIGNED by the architect, folded, together with an official Ottoman envelope printed in gold and inscribed in ink in Ottoman Turkish, plans slightly worn along folds, creases to envelope

The three plans with cross-sections of proposed constructions to the Topkapi Palace, including sleeping quarters, and a dining room.

Mehmet Vedat Tek (1873-1942) was one of the leading figures of the First National Architectural Movement, also known as Turkish neoclassical architecture, who sought to create a new "national" architecture based on elements from Seljuk and Ottoman architecture.