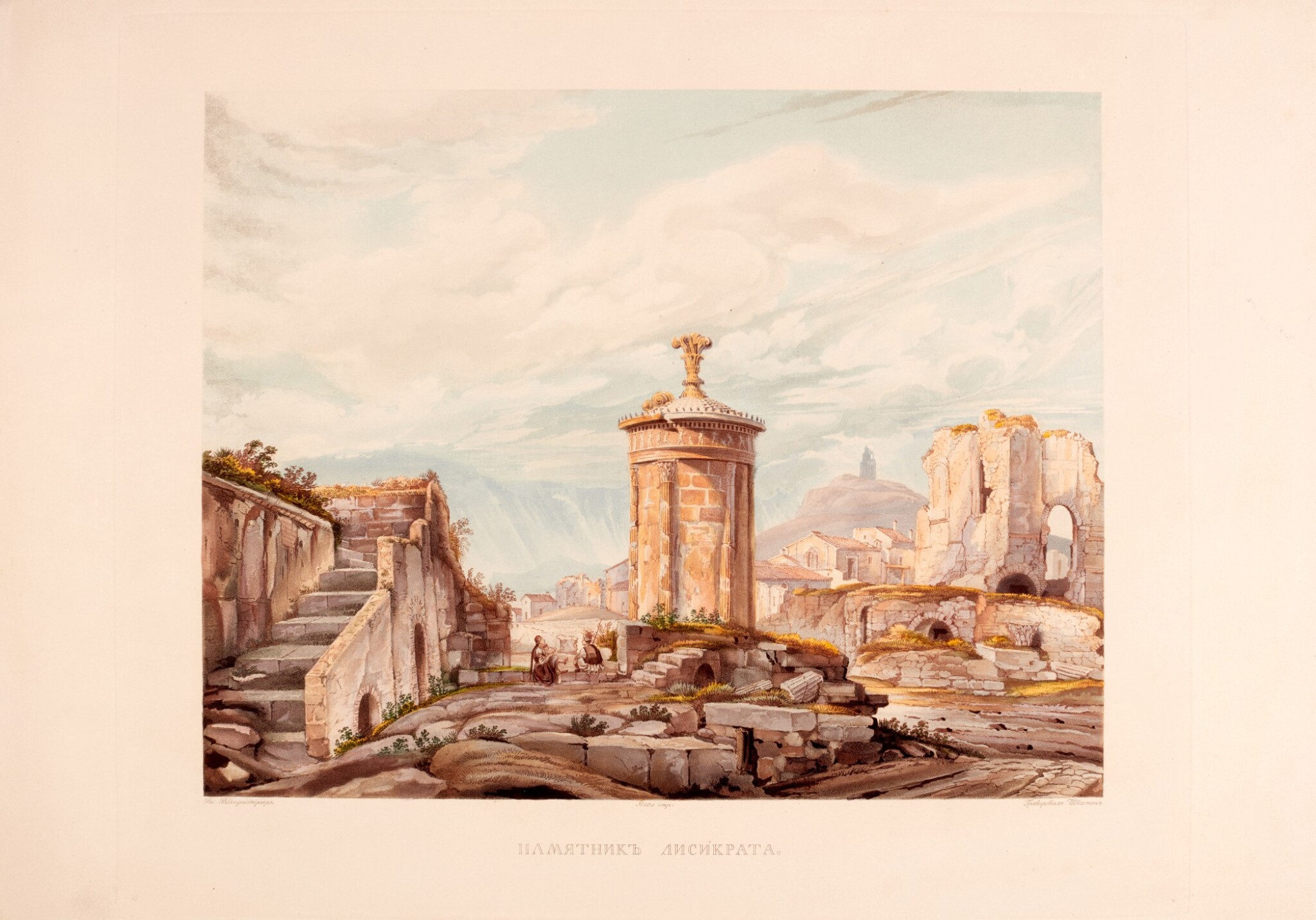 FIRST EDITION, part one only, folio (480 x 332mm.), livraison title in Russian with large wood-engraved vignette and conjugate leaf with numbered list of plates, and 23 plates, comprising 13 hand-coloured (10 lithographs heightened with gum arabic (one double-page folding), and 3 aquatints), and 10 engraved plates (one partly hand-coloured) by Benoit, Shvekhten, Seleznev, Jacottet, P. Razumikhin after Brylov and the celebrated Swiss artists J.J. Wolfensberger and K.F. Schinkel, some with captions in Russian and French, not uniform in size, publisher's printed slip in Russian stating that part of work not yet printed will be included in the second part, text and plates loose as issued, housed in original dark green cloth portfolio, printed pale green label on upper board, remains of green silk ties, slight offsetting of text onto first plate, some plates trimmed just within platemark, slight edge wear and occasional light spotting

A RARE SET OF GREEK VIEWS, including a view in Corfu. The plates combine the techniques of aquatint and lithography to achieve a depth of colour. This is the first part of an atlas which was published in its entirety the following year with a total number of 44 plates, the second part of which contains views in Asia Minor. "It was prepared to accompany Davidov's account of his travels in Greece and Turkey which appeared in two volumes in 1839-1840. He set out on his travels in 1835; he and his fellow travellers ... included the Russian artist Bryullov and the celebrated Swiss artist Wolfensberger... The plates were printed by Louis Letronne of Paris, although the publisher of the work is Fisher of St Petersburg" (Blackmer).