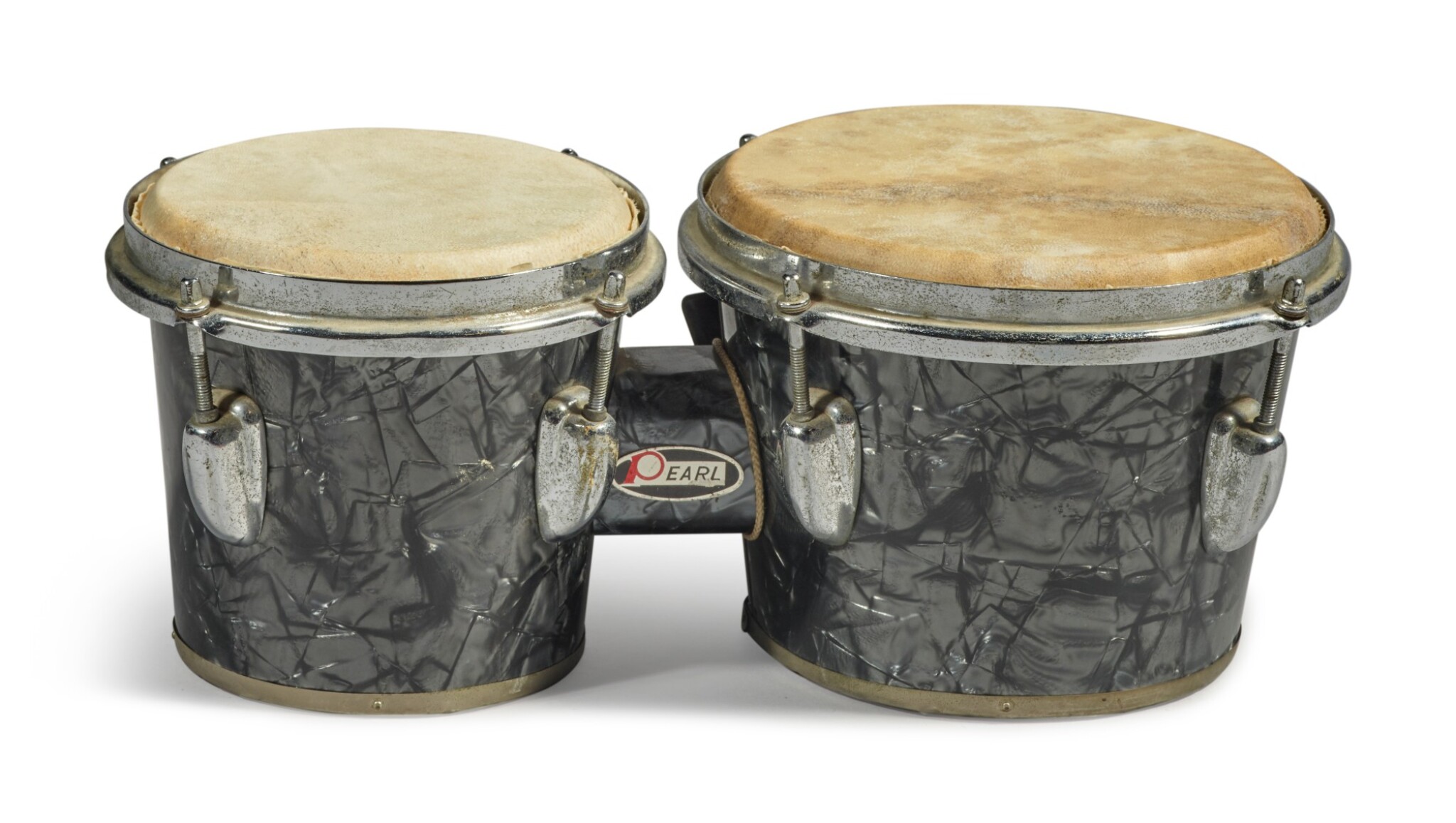 During the series of Messenger Lectures Richard Feynman gave at Cornell University in 1964, one of the first opening remarks he made before tackling the Law of Gravitation was "It's odd but in the infrequent occasion when I've been called upon in a formal place to play the bongo drums, the introducer never seems to find it necessary to mention that I also do theoretical physics."

Of all the hobbies the Nobel laureate Richard Feynman impressively made time for, it was his bongo drum playing that made him a most beloved and "curious" character among his peers, students, and non-academic fans alike. Black and white portraits in the CalTech archives show a grinning Feynman in shirt sleeves and tailored pants holding one of his treasured percussive instruments mid-strike, and these images have become some of the more endearing portraits of the physicist who was as comfortable in great academic institutions as he was in the nightclubs of California.

However, some of his contemporaries found his dedication to after-hours drumming puzzling for a 'great and famous physicist.' So much so that when, in 1966, a Swedish publisher wrote for a photograph of Feynman playing the drums to "give a human approach to a presentation of the difficult matter that theoretical physics presents," Feynman's reply was, perhaps unsurprisingly, blunt:

I am human enough to tell you to go to hell.

This fixation leads one to believe that a talent for bongo drumming - much less drumming of any kind - would be so off-kilter for a serious scientist that it warranted frequent mentioning such as in the aforementioned lecture introduction - remarks met with glib cheer and puzzled bemusement by Feynman. For someone as interested in the many facets of human existence as Feynman was, music playing, much like his drawing and painting, seemed like a perfectly reasonable pursuit for a serious scientific mind - and perhaps provided a much needed sense of play and relief for someone so focused on the theoretical laws of physics.

As Murray Gell-Mann - another Nobel laureate who taught alongside Feynman for 33 years at Caltech - bemoaned in No Ordinary Genius: The Illustrated Richard Feynman:

"Feynman is supposed to be a brilliant physicist and we need his input at Caltech, we need him to talk to us about physics. But what does he do? He goes off and spends all his time with go-go girls and bongo drummers and artists. He wastes so much time on people, and I don't see what they give him."

His love of people, coupled with his indefatigable contributions to the scientific community at large, are perhaps what make Richard Feynman so unique and captivating as not only an icon of 20th century thought, but as a champion for the human experience and the many facets that make up the whole of our parts.